There's a cute little suq that we've seen at the Dar el-Salaam metro stop several times. We've just never gotten off the train there so we didn't know what it was like. Yesterday we went to explore it with the Schillings. 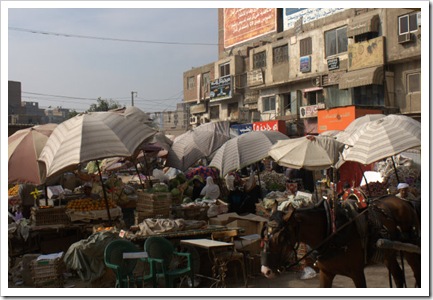 It's definitely a local suq, which was nice because most of the prices were somewhat set--and at local prices, not tourist prices. However, it wasn't really a touristy-place so the only things to buy were somewhat practical. That was perfect for us because we needed to find Rachel some new shoes. 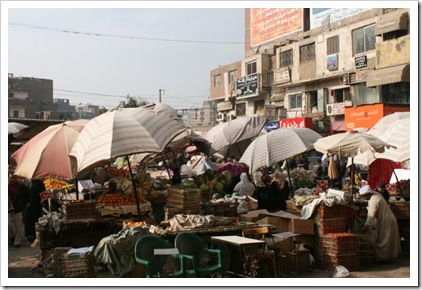 She has outgrown all the shoes we brought with us except for her Sunday shoes (from Piper) and her sandals (from the twins). Her big toe hangs off the front of the sandal, so it was definitely time to get her new shoes.

We found a shoe stand not too far in the suq, selling mostly baby shoes. Rachel was excited that we stopped to let her try on a few pairs. She kept grabbing at more and more different pairs; finally we settled on a pink pair and a yellow-ish pair.

The vendor told us the price: the pink pair was 28 LE, the yellow-ish pair was 17 LE. But while the vendor was packaging them up Andrew joked,

"We're going to throw these at Bush,"

"Well, we're Americans so we'll see him sometime...and when we do..." Andrew said, cocking his hand in the air.

Sweet! We saved a whole dollar. Not that we're actually planning on throwing them at Bush, but I do find the whole scenario a little funny. I don't necessarily find the actual throwing-of-shoes at our president funny. I do find it funny that all the press releases are emphasizing that throwing shoes are an insult in Arab/Muslim culture. Of course it is! But they say it like it isn't an insult anywhere else. Can you name one culture where it isn't an insult to throw a shoe (let alone anything other than flowers and rice) at someone?

I can't. And really, really...I think Iraq was one of the biggest mistakes of the Bush presidency. But that's just me. 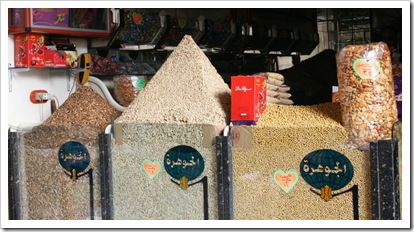 Anyway, Rachel was really excited about her new shoes and she was so good the entire time we were in the market. At least most of the time we were at the market. The problem with this market was, in spite of all the treasures to be seen, it was slightly overrun with donkeys pulling carts of wares.

Rachel is terrified of donkeys. She's terrified of most animals, really, so we're planning on taking her to the zoo for Christmas because we're nice parents like that. Every so often Rachel would start screaming and would grab onto me for dear life...and then a donkey cart would rumble by. I figure that by taking her to the zoo for Christmas I will earn a year's worth of hugs in one day.

We also bought some "freshly squeezed" juice. Since the juice stand had fruit hanging out in front we thought the "freshly squeezed" part meant just that, fresh. We were sorely disappointed, then, when we ordered our juice and the owner showed us to a fridge with juice already squeezed and in a glass. Who knows when they squeezed it? To me, fresh juice means you squeeze it in front of my eyes.

We should have gone to the store just down the way. At that store they really were squeezing the juice individually for each customer...and putting it in plastic bags with straws. We didn't get any since we had barely finished our unfresh juice, but this young man was nice enough to pose for a picture. Him, and all of his friends. Once we asked them for a picture they just wouldn't leave us alone; they kept asking us to take more and more pictures of them. 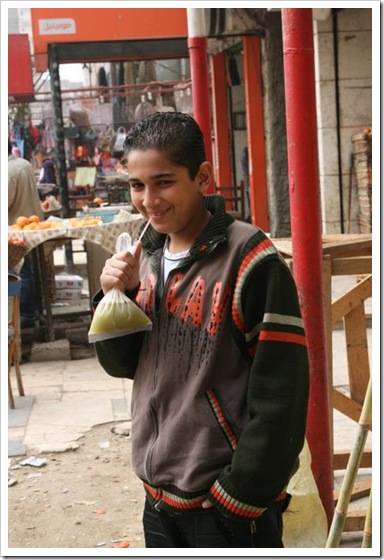 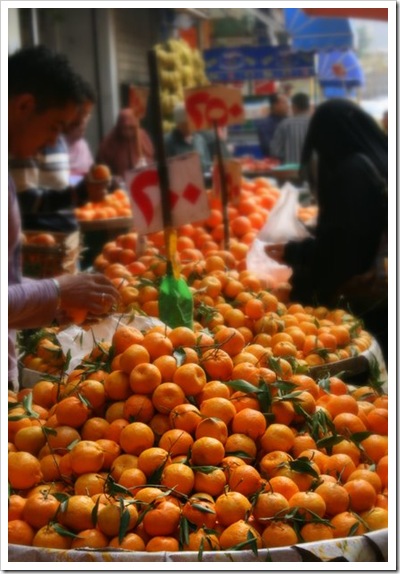 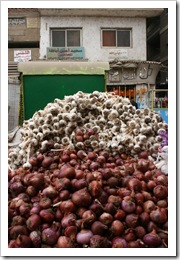 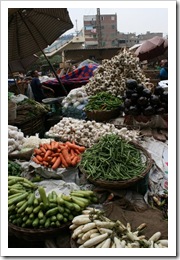