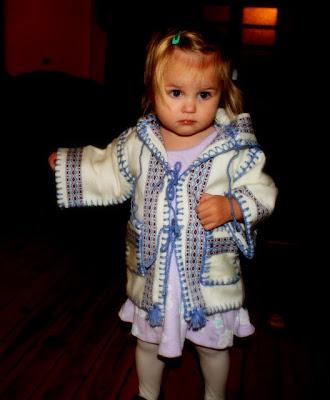 Along with that fruit bowl, Sara bought back a little jacket for Rachel, again from Tunisia, and I can't get over how cute she looks in it. It's a traditional Berber coat and apparently everyone in Tunisia wears them. I think Sara mentioned that they're made of camel hair; I was too busy being shocked at how adorable it was to pay full attention. 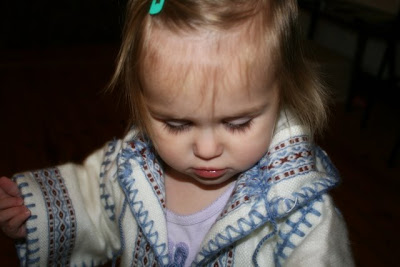 Rachel was a little afraid to try it on, but that's alright because I think Sam was a little scared of his jacket, too. He doesn't like it when the hood is on.

I hope that she'll learn to love it because it is absolutely adorable.

Andrew says it reminds him of a little Jawa, as well it should because George Lucas seemed to have a certain fondness for Tunisia.

So while Sara and I were discussing the wonders of Tunisia--the clean, white buildings; the ocean; the clear, blue sky; the rain--and were reveling in the absolute adorableness of the little jackets, Kevan and Andrew were in some sick nerd-induced bliss, talking about Jawas and Tataouine, the namesake of Luke Skywalker's home planet, and Matmata, where Skywalker's Homestead still stands today.

I? Knew none of that. Nor did I care. The jacket is just too cute. Seriously. 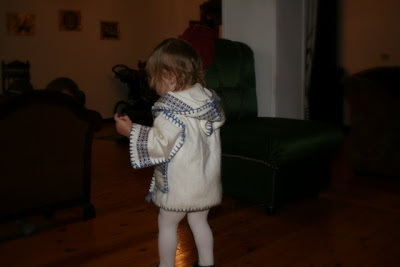