This afternoon we headed out to the Gingerbread Festival with Grandma to do some more strictly non-Christmas things. Like looking at gingerbread houses while being surrounded by Christmas trees and listening to Christmas music. This year’s festival was at the Boy Scouts of America/Utah National Parks Council building. 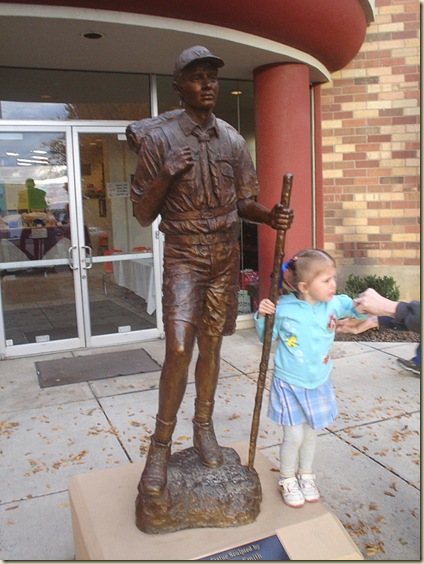 (For future reference: standing beside the statue was her idea so I don’t know why she flipped out—perhaps her idea turned out to be too big for her to carry through with).

Rachel didn’t really want to go. She wanted to stay home and watch a movie. But when I told her that everyone was going so no one would be able to stay home with her she changed her mind and came with us. And, boy, was she glad she did.

There were so many cool houses to look at. Her favourite was one with a pink motif. She just about died of happiness. 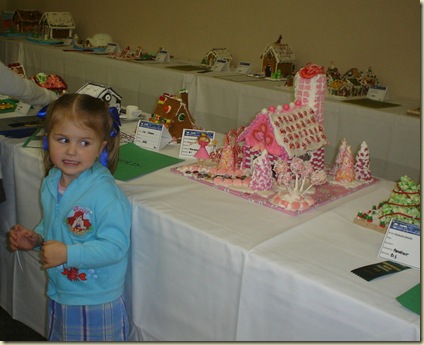 The houses were arranged on tables and we walked past house after house, all of them were mostly mediocre. Then we came to a fully-scaled replica of Fallingwater. It was amazing. 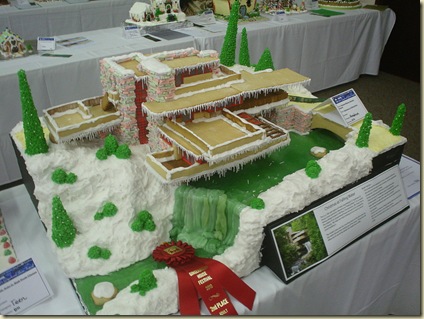 “Well…there are those ones behind you…” she said. 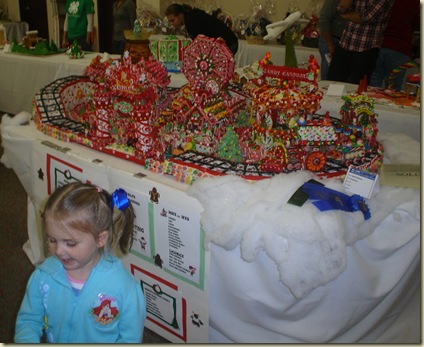 This one used 1803 candy canes, 2915 Mike and Ikes, 20 lbs. of icing, and a whole lot of graham crackers. It’s called Candyland and features a Ferris wheel, carousel, train, and lots more. Someone bought it and donated it to the Primary Children’s Hospital. I don’t know how much they paid but the other amazing houses were up for bid—the starting price on those was $500. 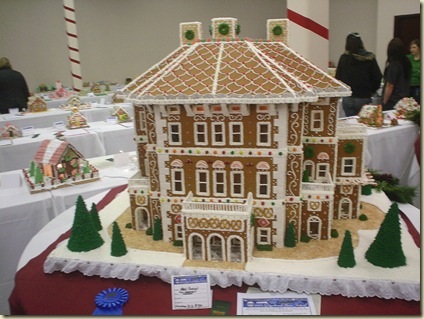 Two of the other big entries—Notre Dame and UP!—were made by teams of women in the Timpanogos Women’s Facility at the state penitentiary under the direction of Lt. Rod Villamil. They did an amazing job. Quasimodo was featured on Notre Dame. 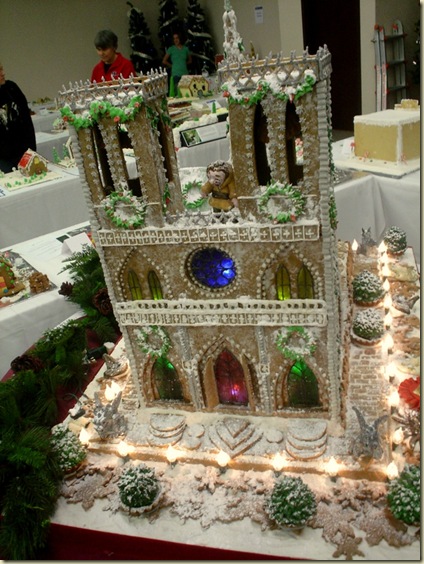 The UP! gingerbread house was simply amazing. 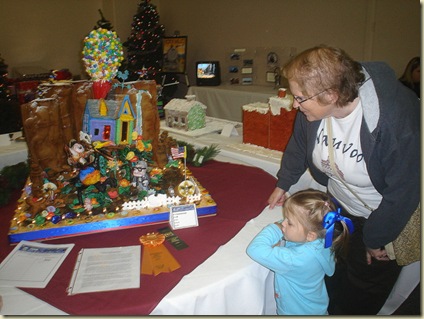 Russell even had a little candy bar in his hand. 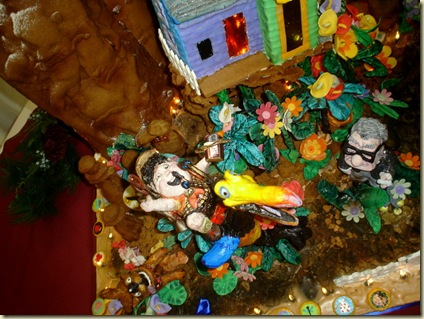 We spent a lot of time looking at the professional houses—they all had so many details. Did you notice the border of Wilderness Explorer badges? Wow. 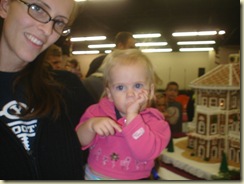 There were plenty of other interesting amateur submissions as well—we saw Sesame Street, a Halo something-or-other, Fred Flinstone’s house, a pyramid, the Cougar Stadium, a Smurf house, an igloo, a suitcase with a mouse-hotel inside, a Nightmare Before Christmas scene, and one dedicated to A Diary of a Wimpy Kid. People were really quite creative. We saw a few that made us think of Daddy—the Lincoln Memorial and the Washington Monument. 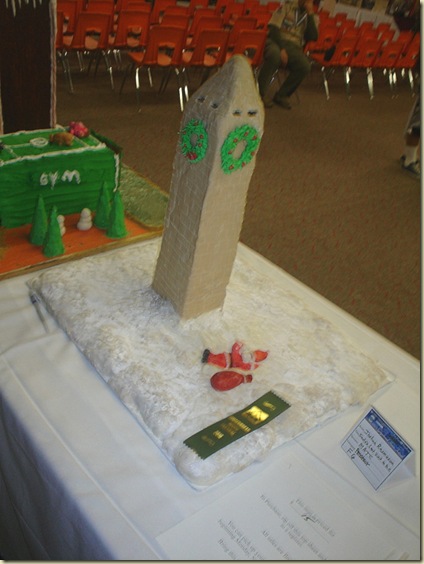 I thought this Three Little Pigs display was particularly cute. It used shredded wheat for the straw house, pretzels for the stick house, and sticks of gum for the brick house. It was too cute. 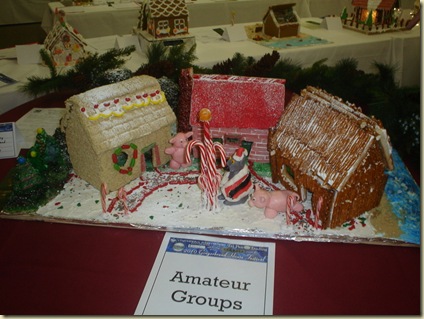 And since the Harry Potter movie is coming out this week (I think), I thought it would be fitting to include Hogwarts, gingerbread-style. 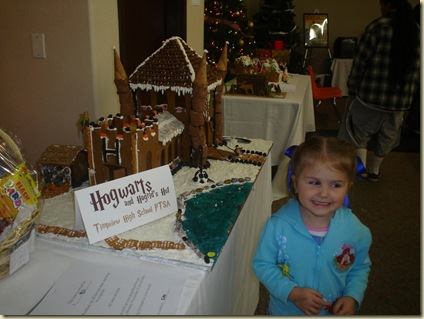 The whole time we were in there, Karen and I kept remarking about how cute, amazing, and beautiful everything was. While we were admiring one house, Rachel piped up, “Oh, how darling!”

It was quite funny. I don’t know where she comes up with these words sometimes. Later she asked me why it was so funny when she said that since “it is just another word for cute so it shouldn’t have been funny.”