My friend Kevin (who (long story short) got hold of my older sister's long-lost (as in 20 years long-lost) photo album from a friend of a friend) just sent me some photos of myself. From 1989.

The first is from my fourth birthday when we lived in Burnaby, British Columbia. 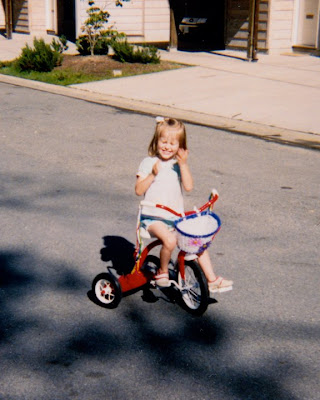 I got a tricycle that year, along with a couple of My Little Ponies. The ponies went unnamed but I named the tricycle after my cousin Elizabeth. I loved that tricycle. I learned to braid by playing with the tassels on the handlebars and put just about anything I could into that little basket on the front. The only sore point about it was that I wanted a pink tricycle.
But as Rachel is currently so fond of pointing out, "You can't have everything you want..."
This next picture is of me holding my little brother, Patrick. It most likely is also from 1989 though it could be from early 1990. 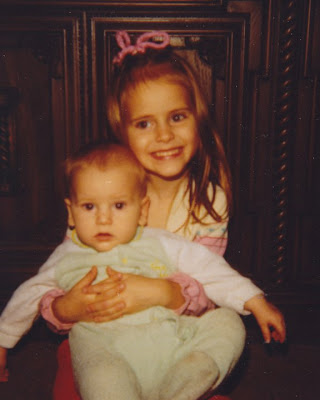 I believe we're sitting in front of my mom's old turntable. I used to love to put on records and dance around the living room, much like a little girl I know now.
Here's Rachel haf-way dressed up as Dorothy from The Wizard of Oz and half-way dressed up to go play out in the snow. She had been dancing in the living room to the soundtrack of the aforementioned movie when she noticed that it had begun to snow, so we threw on her winter boots and a jacket so she could rush outside to twirl in the snow. 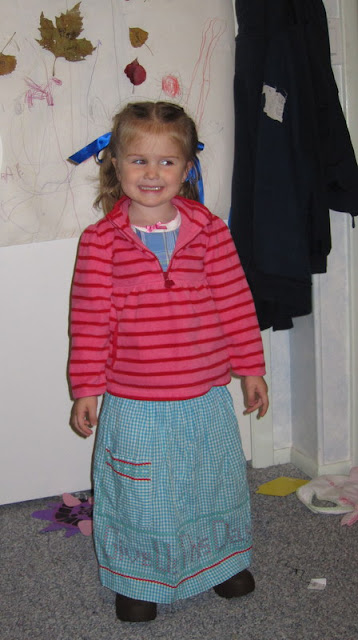