Yesterday I voted. Today we raked our leaves. How civically minded are we!? 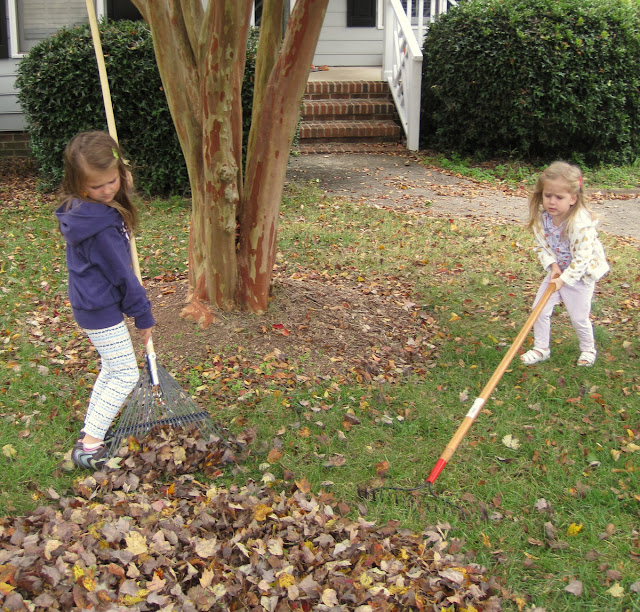 Andrew's been monitoring the progression of Hurricane Sandy with a sort of paranoid passion. He's an adrenaline junky of sorts, but not the usual kind that jumps from a helium balloon in the stratosphere or anything like that. Instead Andrew craves disasters, which is interesting considering the line of work he's in. Anyway, he's been hoping that the projection of Hurricane Sandy's path would extend into our region and now he's got his wish so we did a bit of preparatory work today—likely for nothing because this Frankenstorm isn't due to hit inland until it travels much father north.

Anyway, he read on (one of) the weather channel(s) he's been following that it was a good idea to rake up the leaves in your yard so they don't get washed into the storm drains and clog them up (because that would cause flooding). The yard needed to be raked, anyway, so I didn't mind that he got so motivated about that project.

Raking leaves in North Carolina is a little crazy. It's like trying to shovel the driveway during a blizzard—leaves fluttered down around us as we were raking—but it turns out that raking leaves is more fun than clearing snow off your driveway. So much more fun, in fact, that we ended up raking our piles multiple times in a row! The girls had so much fun jumping in the leaf piles. 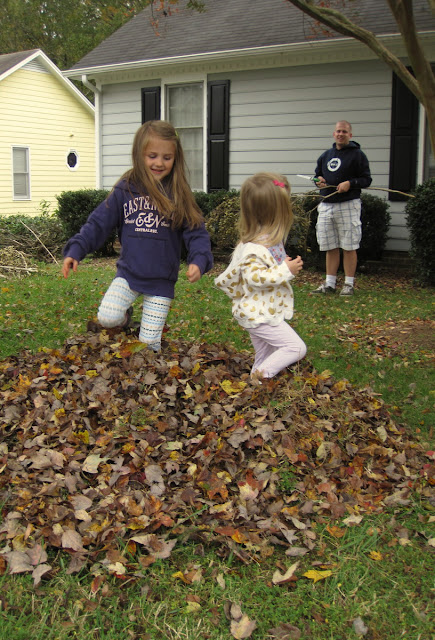 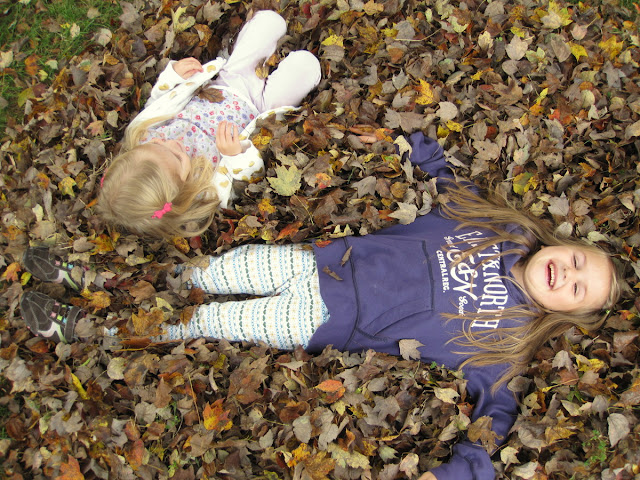 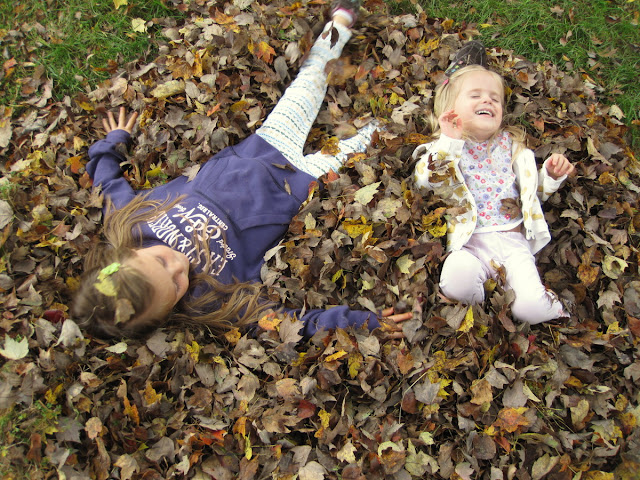 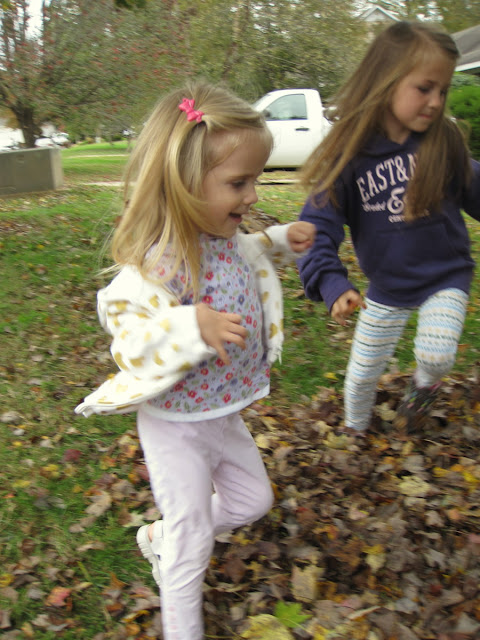 They helped with the raking as only a five-year-old and a three-year-old can (which is not very much). 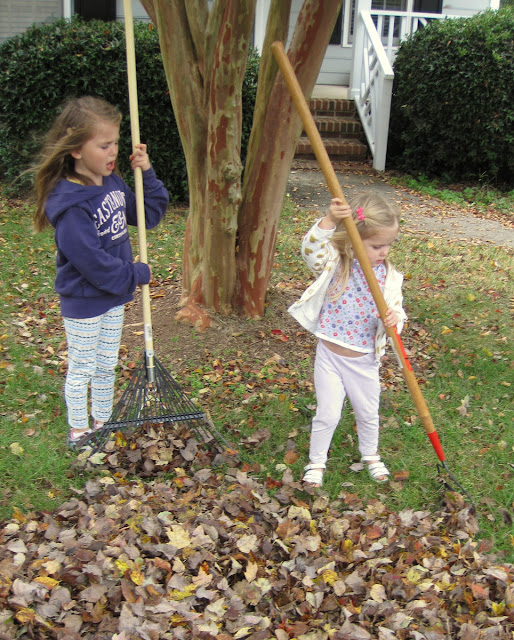 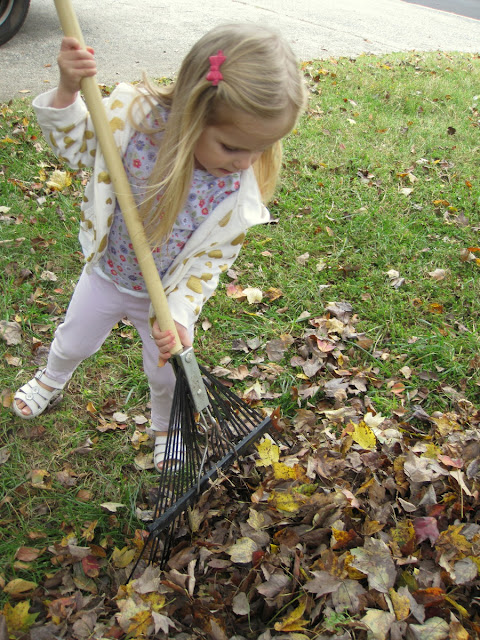 Even Benjamin and I got in on the action (Benjamin is zipped up in my sweater). 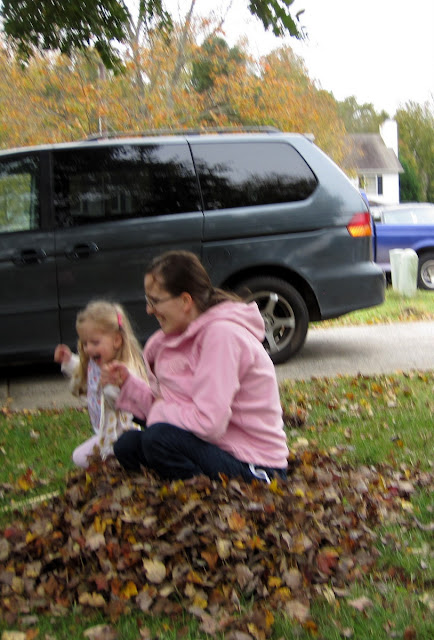 Interestingly enough, while Andrew found an article admonishing residents to rake up their leaves, I found several articles telling residents to leave their leaves be. Apparently it's fairly common in the northeast for cities to do "leaf collection," and the residents simply rake their leaves off into the gutter for collection. I can totally see how it would not be a good idea to do that right now. 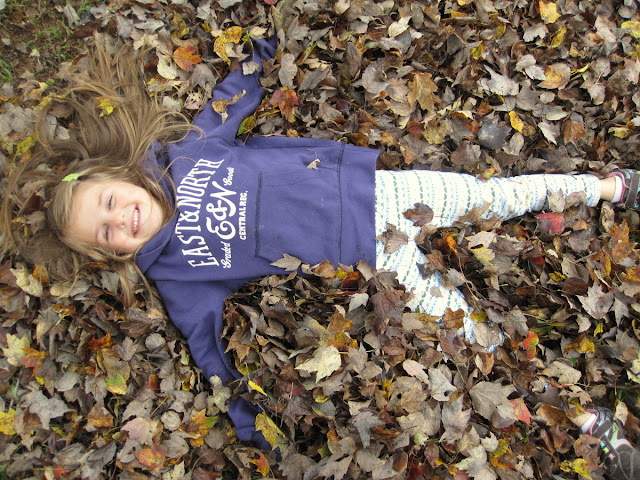 We raked our yard but we put our leaves into a collection bin instead of raking them into the street because "leaf collection" isn't a thing down here. 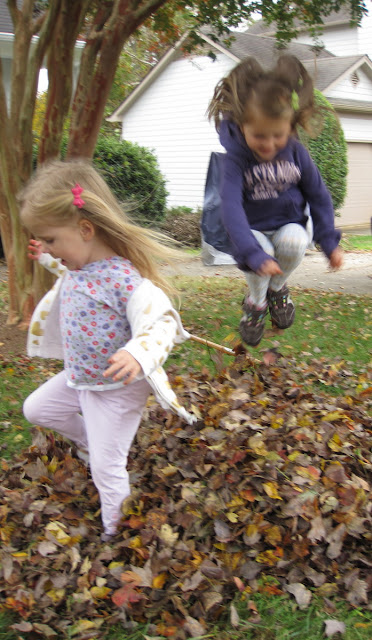 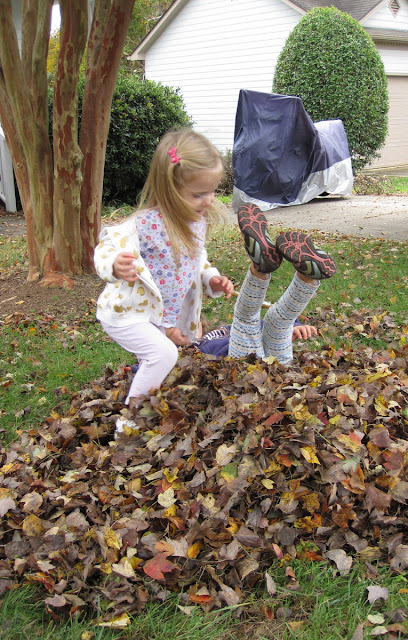 After we finished raking we went to pick up a few emergency supplies from the store—some jugs of drinking water and things like that—not because we think we're going to be hard hit by this particular storm but just to give us some piece of mind. As I told Andrew, "If we do our panic run for this storm then we won't have to do a panic run when everyone else in the area is." So we found everything we wanted to find, though we didn't get much and probably still don't have everything we'd need for an emergency. 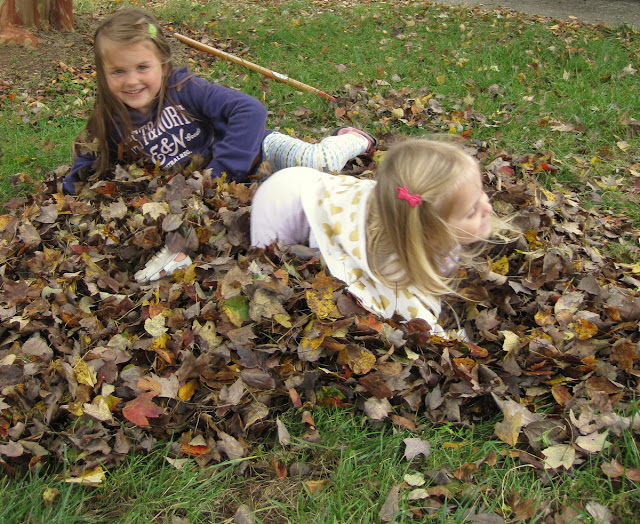 But as our ward emergency preparedness leader's been emphasizing: it doesn't matter if you do everything as long as you do something (which I suppose is a fancy way of saying that something is better than nothing). 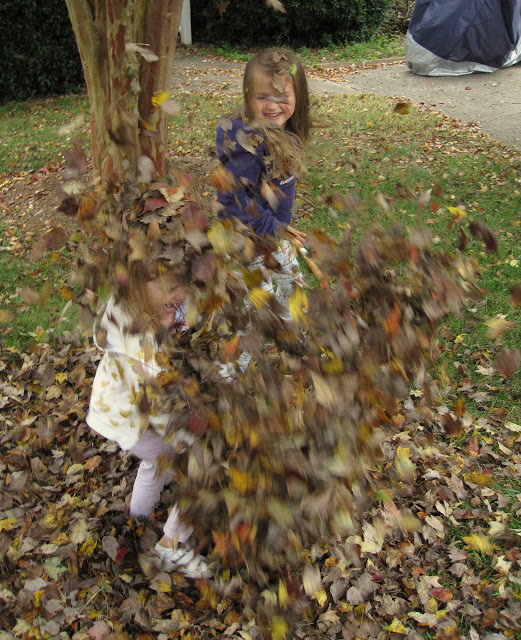 So, to our family in the west worried about us in the east...we're fine and will most likely see nothing (or little) of Hurricane Sandy. On the other hand, my sweet cousin in Virginia, who's two days overdue with her first baby, well, she might actually have a few reasons to be worried about this storm!