After our adventure at Little River, we came home and found our Halloween decorations. I remember having a lot more than what we actually have. We actually have hardly anything, but we put our sign on the door (Autumn Welcome), hung up our wall hanging (three dangly pumpkins), set the needlepoint basket Karen made us on a shelf, left the plastic pumpkin buckets kicking around the floor (classy), and put our plug-in Jack-o-lantern on the mantle.

"I remember having more," I said to Andrew. "Don't we have more?"

"I don't think so," he said. "How many Halloweens have we had on our own, in America, with children?"

So that's why we have diddly squat! But for some reason I remember having more...

Anyway, in our "box of Halloween stuff" (that was mostly full of Easter baskets and a nativity set Andrew got in Ghana) we found a little treasure: a Twister-esque game I bought in 2007 for a super cheap date night.

The girls were very curious about it and wanted to know what it was.

We set it up after bath time (and during the football game) and had a great time. 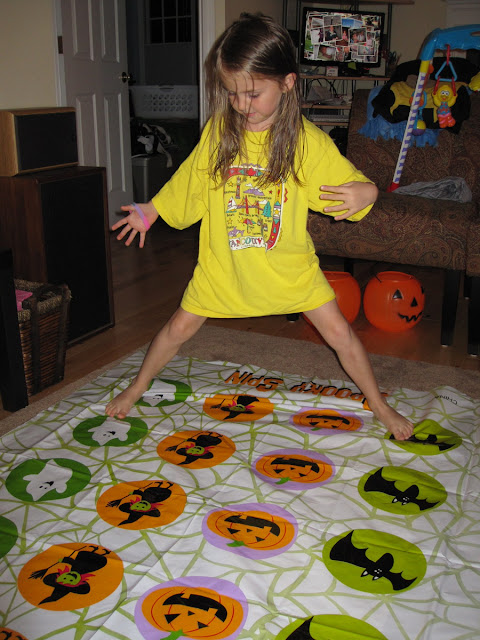 Miriam kept complaining that she was too small (she was) but she did her best, anyway. 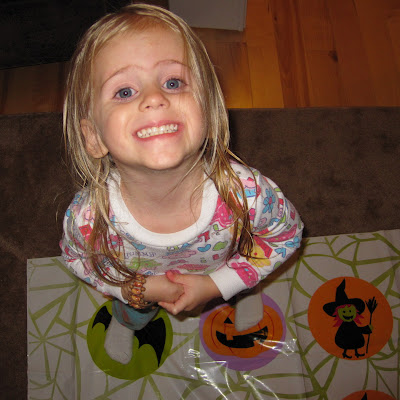 Rachel and I had a fun time getting all twisted up. 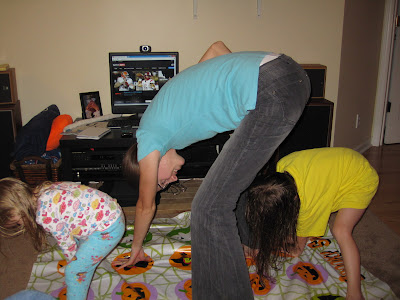 Andrew and Benjamin had fun being the referees. 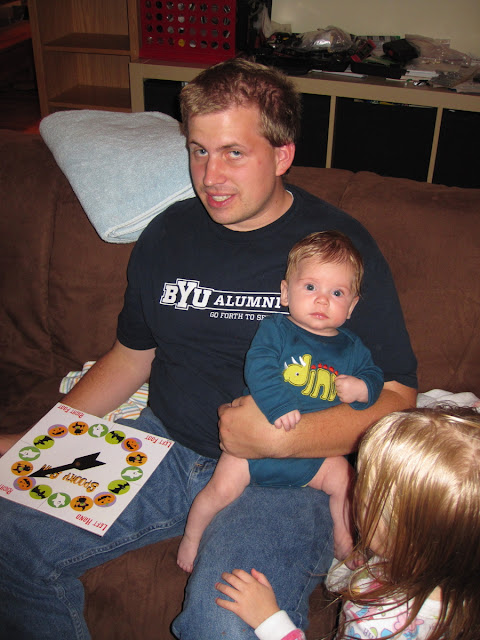 And, in the spirit of football, you can see that I'm practicing my "hut-hut-hut" position. 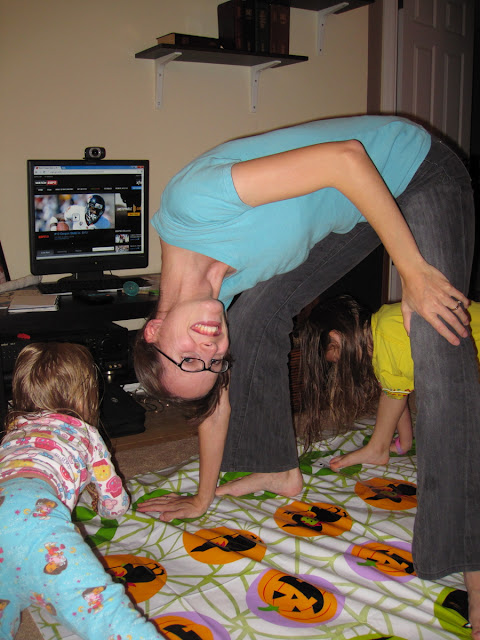 Okay, so I know nothing about football.

I just looked it up and apparently people don't "hut" a ball. They "snap" it, or alternatively "hike" it. I've heard of hiking (both through the woods and of a ball) but I'm not sure I've heard of snapping, at least not hearing the word and associating it with hutting and hiking. I feel almost as smart right now as the time I figured out the line on the screen that tells you how far the players need to run only moves because it is computer generated. How did spectators ever know what was going on before they figured out how to put that line on the screen?

This is probably why we don't go other places for football games. I'm a little embarrassing for Andrew sometimes...

In other news, we played the Halloween Twister game again before bed on Sunday and Miriam had her little Angelina Ballerina tail pinned to her jammies. She was rather reluctant to play (because she's too small!) so before we'd start every round (they go quickly when Rachel's playing) he'd spin the board and announce, "Tail on pumpkin!" and she'd proudly point to the pumpkin with her tail.