I reminded her after school that she'd agreed to give the lesson and she immediately set about preparing all sorts of things. She made a little stack of pictures to hold up while she told us different thing. Miriam was her "helper," and is dressed as a firefighter. She's wearing the hat Rachel got at last year's fire safety presentation as well as a jacket that they figured looked rather firefighter-y (and, yes, she's wearing a flouncy skirt under her nightgown (and, yes, she's sleeping in it now)). 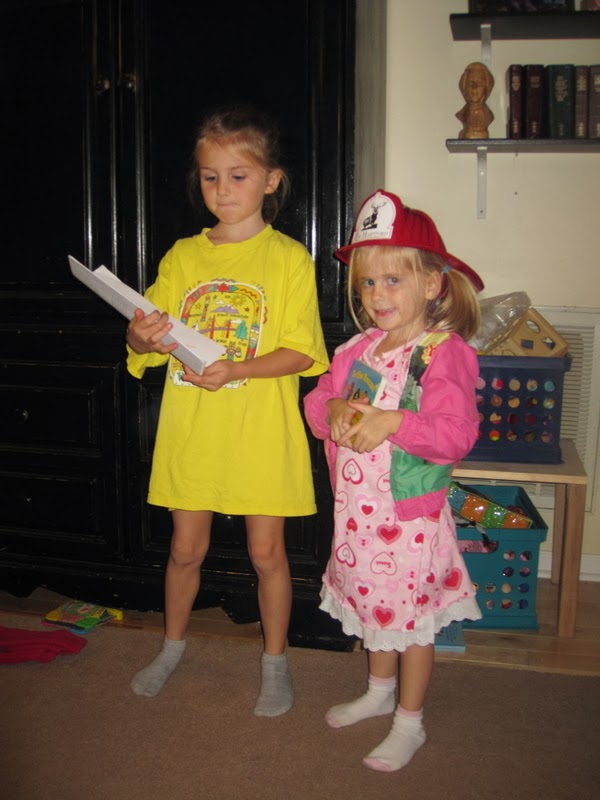 On the first page Rachel drew some flames and said that "no matter how big or small a fire is you should always stay away from it."

She wrote 9-1-1 across another page and told us that we should only ever dial that number if it's an emergency—"not, like, if you don't know what a word means or something" because that's not an emergency and you don't need a firefighter for that; you can just use the dictionary.

She had a picture of a firetruck and said that firetrucks can carry "two hundred pounds!" of water. We weren't sure her fact was correct so we decided that perhaps trucks carry as much water as they can and that it varies depending on the size of the truck. In actuality, tanker trucks carry from 1000 and up to 5000+ gallons of water, which would be much more than two hundred pounds since a gallon of water weighs about eight pounds.

She had some other pictures, too—one reminding us to sleep with our doors closed and if the fire alarm goes off to feel the door to see if it's hot, and so forth.

When she was finished with her presentation, she read a book to us called To the Rescue! and talked about how firefighters are helpers. 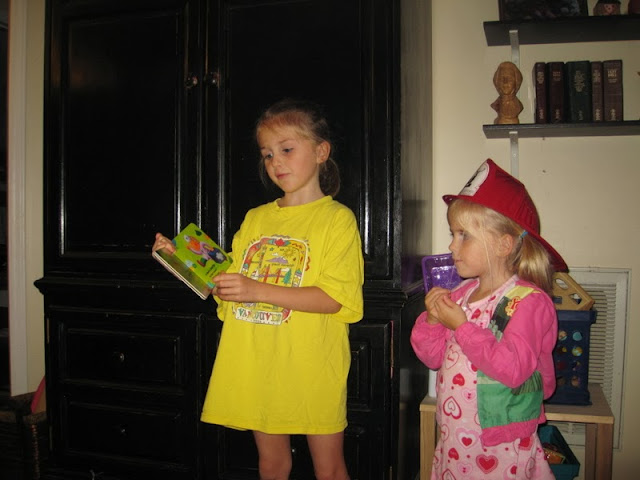 Then she had us play a little matching game she'd made. She cut out little cards and drew a picture of something related to fire/firefighters on one card and wrote the corresponding word on another card. She even wrote up an instruction sheet on how to play the game: lay out the cards up side douwn. Whoever gets a mache wins.

We had fun yelling, "You/I win!" anytime anyone got a match.

Her matches included: fire, 911, mask, fire truck, and boots & pants ("they're together because a firefighters boots and pants are just stuck together like boot-pants").

At one point in the came she flipped over a regular card but her second card had a happy face on it.

Who knew she could invent such complicated rules!

When the game was over we declared an imaginary fire and all ran outside to our meeting place—in the dark and without grabbing shoes or jackets! We'd turned our porch light off on Halloween when we were finished handing out candy and neglected to ever turn it back on (it's automatic) so it was even darker than we were expecting. Miriam had a bit of a meltdown on the porch and started screaming, "Help me! Somebody carry me!" So Daddy (who stopped to put on shoes and grab his keys) picked her up on his way to the meeting place.

Once we were back inside Rachel asked if anyone had any questions for her.

She's turned into quite a good little presenter! Her last lesson did not go this smoothly at all—she mumbled the whole way through and it was, frankly, boring. This lesson was awesome.

Before she went to bed she asked me if I'd blog about it so that everyone would know that she gave an awesome lesson (so, grandparents, I think she's expecting feedback).

And now, the moment you've all been waiting for...Benjamin in a firefighter hat! 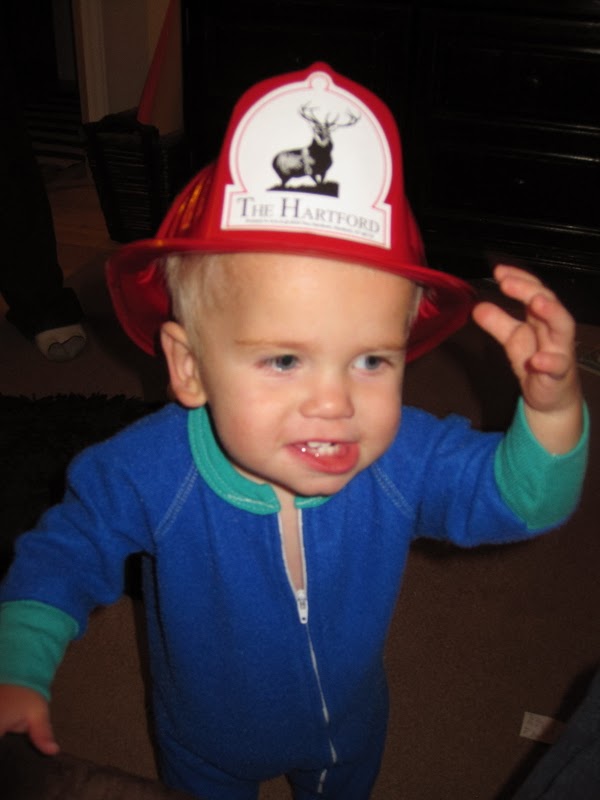 It's blurry because he always walks toward me when I'm trying to take his picture so the camera's automatic focus doesn't know what to do. He's cute anyway! 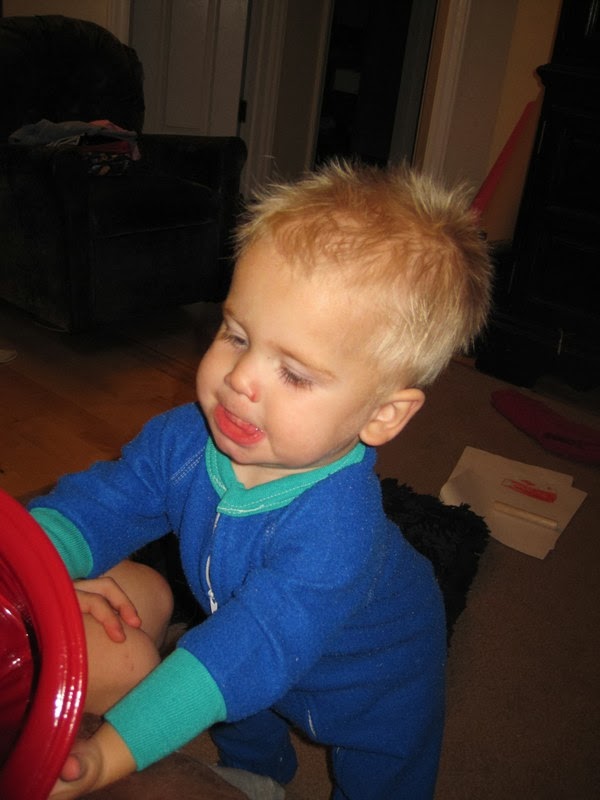