Shortly after Easter I planted 20 gladiolus corms in our garden and then waited anxious for them all to send shoots up through the ground. I nervously counted them every time I walked past the garden. Once all the leaves were out I nervously waited for each of them to blossom, inspecting the stalks each day for signs of flowers. They certainly staggered their entrances, probably trying to keep me antsy for as long as possible!

All of them bloomed, though, and they were beautiful while they lasted. Recently they've been doing much more withering than blooming so today while I was outside waiting for Rachel's bus to arrive I finally got around to digging them up.

In truth it took me quite a while longer than simply waiting for her bus. I was still digging when the sun went down (at 5:15 PM (thanks a lot, daylight saving time)). It was a lot of work, especially with Benjamin "helping" (by throwing clods of dirt and rocks, by upsetting my bucket of corms, by running off toward the street and making me dash after him, by stealing my trowel, etc.) but the sunset was beautiful!

I did a little research before I started digging because I'm still pretty new to this whole gardening thing. I knew that I was supposed to dig them up when they started to yellow but before they turned all the way brown and I knew that they'd grow a new corm on top of the old one and that I'd have to pull them apart so I could keep the new corm and discard the old one. Other than that I was clueless.

So, I pulled my first gladiolus corm out of the ground and was rather perplexed to find two corms beside each other. The new corm, you see, is supposed to grown on top of the old one. I was like, "How am I ever going to figure out which is the old one and which is the new one?" 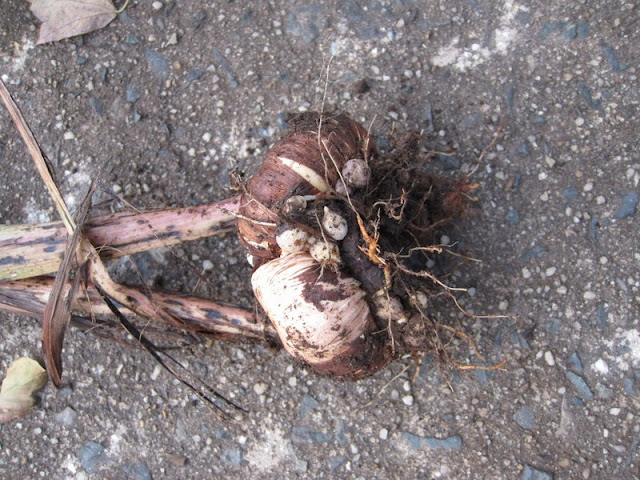 I went back inside to do some more research. Turns out that the old corm withers up into an ugly raisin-type thing that the new corm (or corms) sit on top of. The old corm doesn't look much like a corm at all so any plump, juicy corms you dig out should be the new ones.


My gladioli each gave me at least one and sometimes up to three corms. You just pull them apart and plant them separately. Though now I think I should have let them dry before I separated them...oops. Hopefully they'll grow again next year. If not, I'll get some new ones from the nursery and try again.

Here are two corms from the same plant: 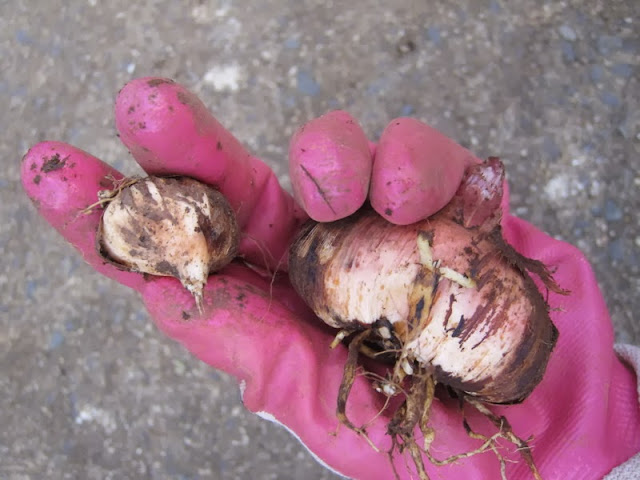 From what I've read, the bigger the better. Sometimes the small ones will put out leaves to collect food to make a bigger corm at the end of the season but won't flower. The bigger corm they produce, though, probably will.

I also harvested about a billion little cormels: 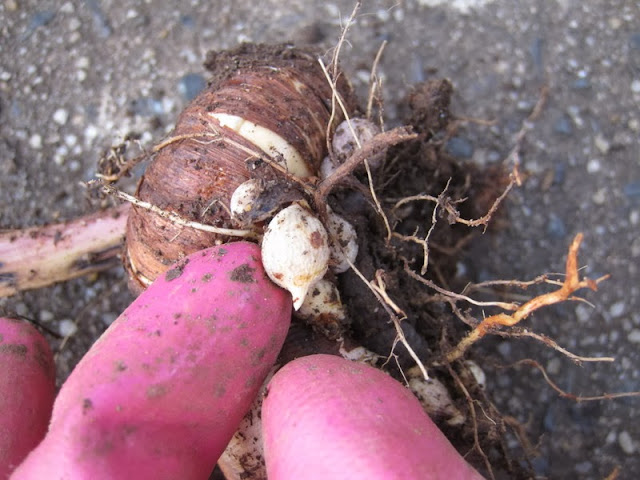 Apparently those can be planted as well but won't flower for several years. 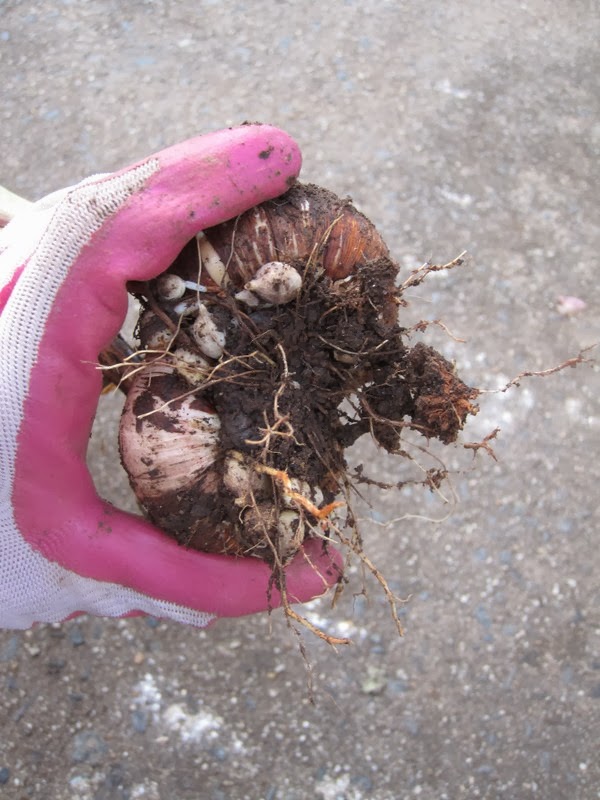 Here are the 39 corms I dug out of my flower bed: 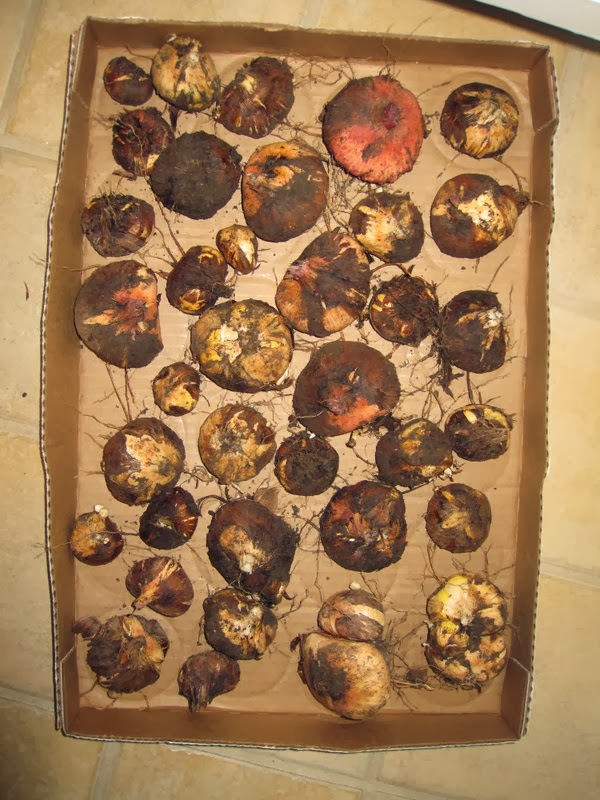 I was impressed by the size of some of them. The ones we got at the store were fairly uniform, all about 1.5 inches across. Some of these were easily double that size. And there are twice as many as I put into the ground!

I'm going to try to not worry too much about having separated them before drying them out since I left them in the ground so long that they were basically falling apart when I pulled them up (this gives me hope that perhaps it was alright to separate them immediately (they seemed ready to be separated since they were basically doing it on their own)). The two on the bottom right corner of the box are actually five (I haven't separated those ones yet). We'll see which ones grow better next year.
Posted by Nancy at 11:04 PM