Ever since she decided not to be Rapunzel for Halloween, Miriam has been talking about cutting her hair. But I just couldn't bring myself to do it...until it got long enough to sit on and kept getting caught in all the wrong places and she started to refuse to let me brush it for days at a time.

She wanted it "as short as Rachel's but not as short as a boy's." We went for ten inches (so that she could donate to Locks of Love) but ended up cutting off about a foot. 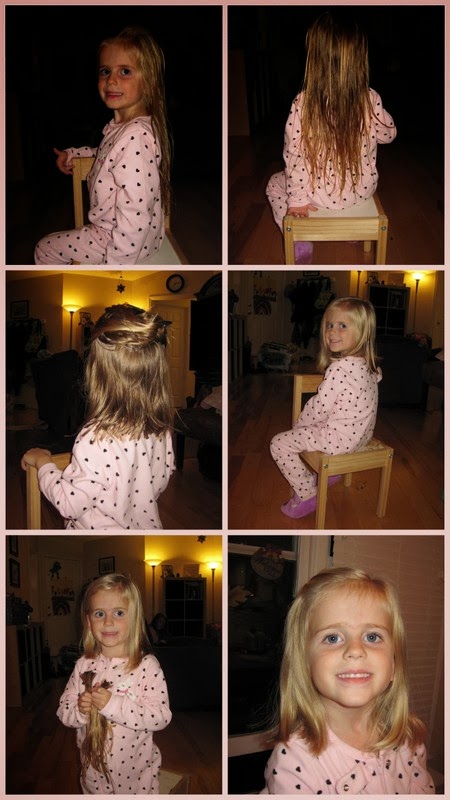 She is quite pleased with the results. And I suppose I am, too, though part of me wants to lock her inside a doorless tower for the rest of her life. Or at least until she's twenty.
Posted by Nancy at 10:17 PM