I tallied up the number of weeks I was "stuck" with Benjamin and got to five. Five straight weeks of tending Benjamin through two hours of church and doing all the stuff I usually do in primary.

Sundays have been feeling quite exhausting!

The good (and bad) news is that this was Benjamin's second to last week before he enters nursery. I'm at once thrilled to bits and torn to pieces over this because he'll be in nursery (finally, thank goodness!) but he'll be in nursery (which means he's morphing from baby to boy right before my very eyes).

I think the larger part of me is grateful to not have to chase after him for three straight hours, mostly because he's recently turned into a stool-pushing, furniture-climbing maniac and is always getting into everything. 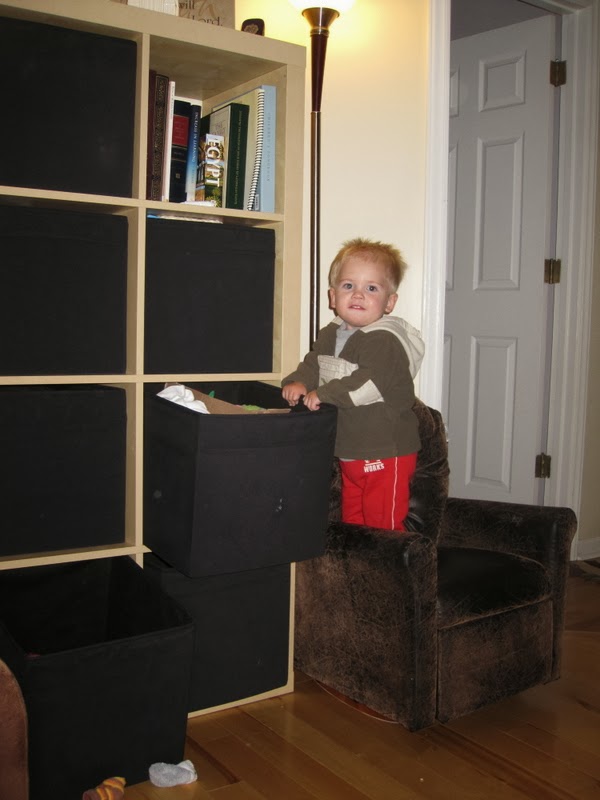 He wants so much to be one of the big kids, to do what everyone else is doing, but he's just too little to really be able to get involved. Here he is trying to infiltrate a game of Chutes and Ladders that we played on Friday night (because he can climb onto the table now (which means we have to be diligent bench-pusher-inners)). 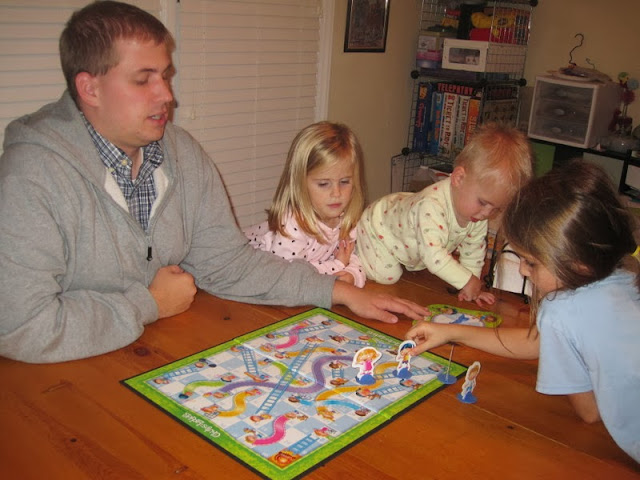 Andrew and I took turns holding him out of reach of the board. He was not happy about this. 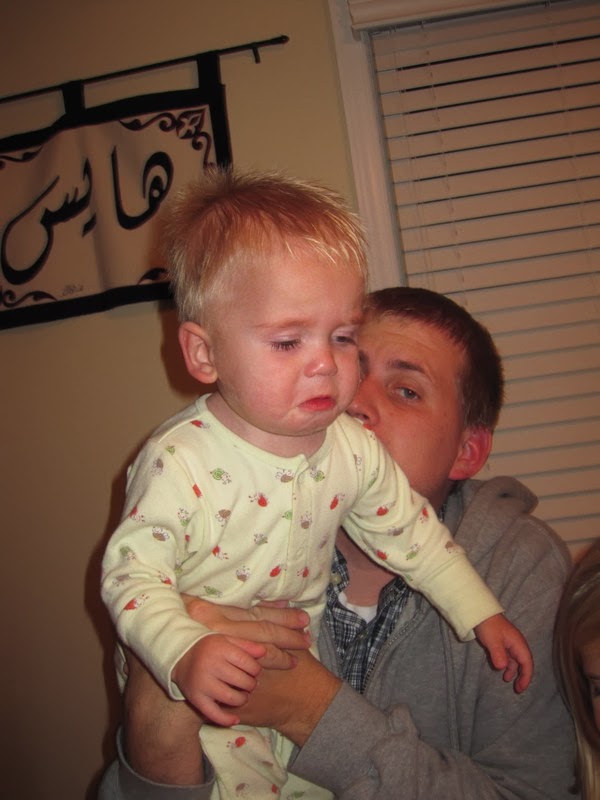 The game seemed to take forever to end. It might have been due to my natural disinterest in the game (Because, can you think of a worse game? Give me UNO a thousand times before you give me Chutes and Ladders.) but I think the fact that I spent half the game wrestling a flailing toddler might have had something to do with how tedious it got toward the end there.

Tangentially related question: Is Candyland a better game (for parents to play) than Chutes and Ladders?

Less related thought: I'm so glad we only have one more week of wrestling this child through three hours of church before he enters the charming world of nursery, where treasure troves of toys spill across the cultural hall, where snack time lasts until you're ready to get down and play, where any number of adults is ready to drop everything and read a story just to you, where there's singing and much merriment (with a few children screaming in the background because separation anxiety is hard).

With any luck, Benjamin will take to the new arrangement like a champ and everyone's Sundays will get a lot easier!
Posted by Nancy at 11:45 PM