This year we didn't carve a jack-o-lantern. The girls painted pumpkins at school instead and then those pumpkins sat on our front porch with paint flaking off them for the last month. They weren't carved so there was no rush to cook them up. At least, there wasn't a rush until suddenly (and not so suddenly) it was the week of Thanksgiving!

Yesterday one of the only things I accomplished was pureeing our pumpkins. We washed the paint off, chopped them in half, scooped the seeds out, cooked them, and blended them, all in one afternoon. 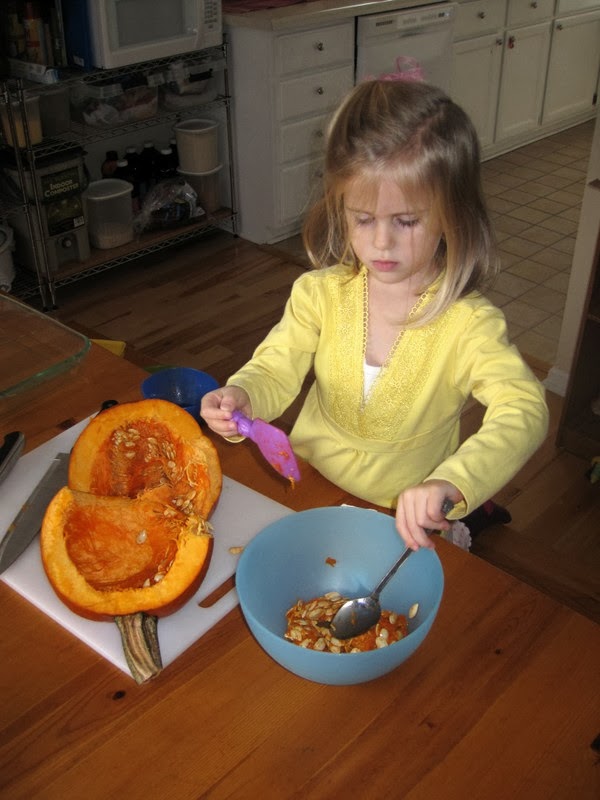 The only reason Benjamin was okay with this activity was because he was allowed to stand on a stool beside me while I ran the blender. He held onto me almost the entire time (because if Mommy is more than a couple inches away...that's not good at all). 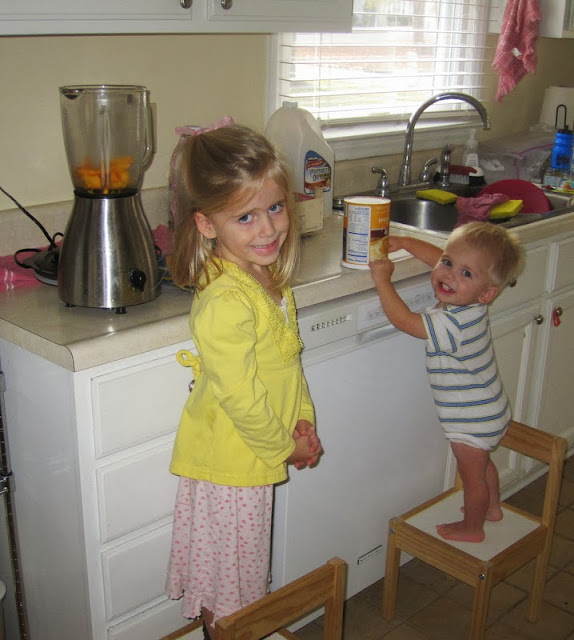 My friend Marian invited our family over for Thanksgiving, which means I don't have to prepare the entire meal myself (yippee!). One of her cousins and their spouse, as well as her father and step-mother will be coming, but no little cousins. She was happy when we accepted her invitation so that we could send the kids off to play with each other.

We're in charge of a vegetable, a pie (if we'd like), and kid table/chairs.

I think we can manage that.

Now that tonight is out of the way (and it was a lovely time) and Thanksgiving is not such a burden, I'm feeling like my plate is more manageable. So manageable that I almost thought about putting together a calendar at shutterfly since they're have a promotion (you can order one free calendar (and only pay shipping) if you make one by Friday and use the code freecal) but then I told myself, "Self, you don't need to add another project to your list." And I listened to myself because...

I'm doing better than last week, though, because today I washed, dried, folded, and put away four loads of laundry and went through the toys and got rid of a bunch (don't tell my kids). So now I just have a load of darks and a load of diapers to do tonight/tomorrow. Phew!
Posted by Nancy at 11:20 PM