Benjamin has recently begun to string his sisters' names together, turning them from Rachel and Miriam to Mimi-Sasha. He speaks of them as if they are a single entity.

And it was fine, though he did eventually join them.

The truth is that quite often it's Mimi-Sasha against Benjamin. He's the little brother who, though more useful than a newborn, can't really do much yet. They're able to pal around more. He'll feel like less of a third wheel when he's older, I'm sure.

Today he called Miriam Mimi-Sasha to her face. Usually when he says it he really is talking about the two of them doing something he's not. But today he walked right up to Miriam and said, "Mimi-Sasha, want to play with me?"

"Okay," Benjamin agreed. "Want to play with me?"

The truth is that Benjamin probably spends more time playing with Miriam than Mimi-Sasha spends playing together, and that might be why he feels so left out when Rachel comes home and she and Miriam morph into Mimi-Sasha.

He doesn't seem to mind too much being the uninvolved quasi-participant in their games, like the little brother in And You Can Be The Cat by Hazel Hutchins. The only thing he really can't stand is when they close a door in his face. Then he'll cry to me, "Mimi-Sasha shut me out!"

Anyway, I just had to write down that Mimi-Sasha thing because it's adorable. He makes up a lot of compound words like that. 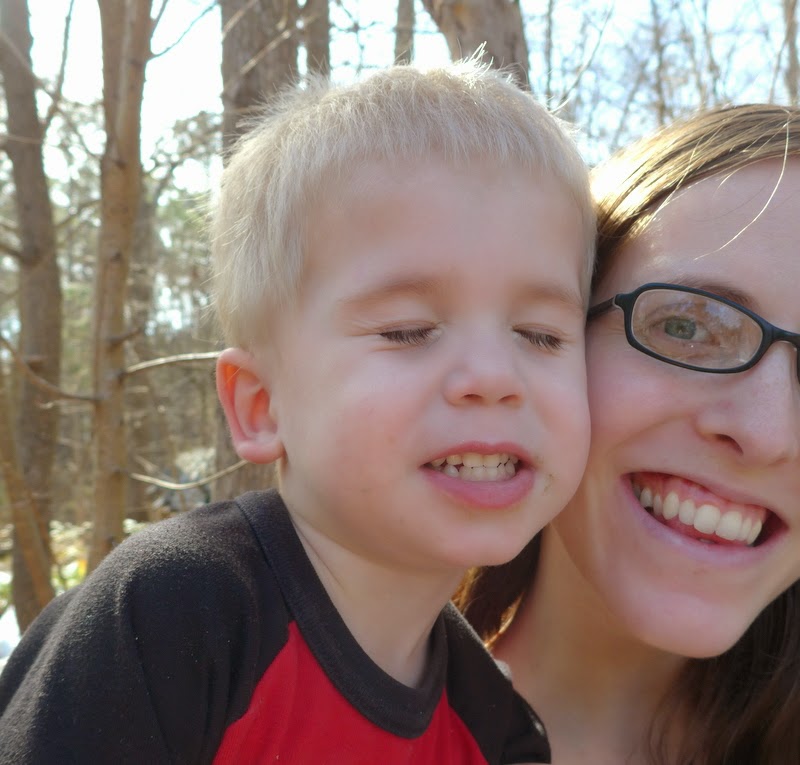 Remember when I worried he wouldn't ever learn to talk? Now he talks all the time. All. The. Time.

He's too sweet. He has my whole heart.