As I mentioned, Rachel and Miriam made a beautiful cabin/homestead play set for their younger siblings for Christmas morning. They worked on the project nearly daily for about a year—in secret—and had to basically learn how to do needlepoint before they could begin. It was a real learning process for them, but now they are practically experts. They know so many more stitches and find patterns a lot less intimidating. They're already talking about what they'll make next.

Here's a sneak peek at their cabin: 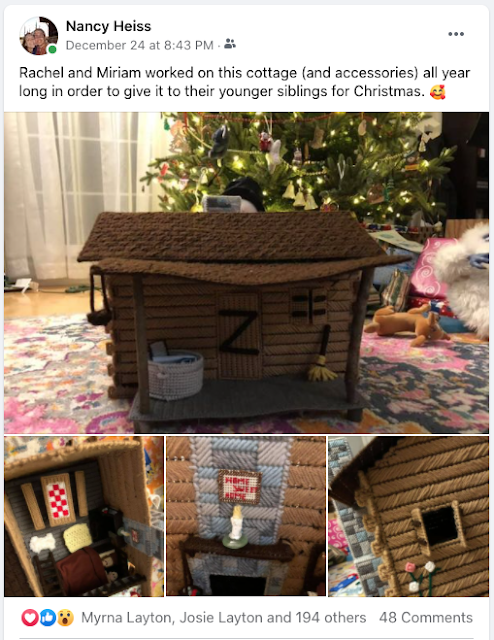 It has a door and four windows that open and close: 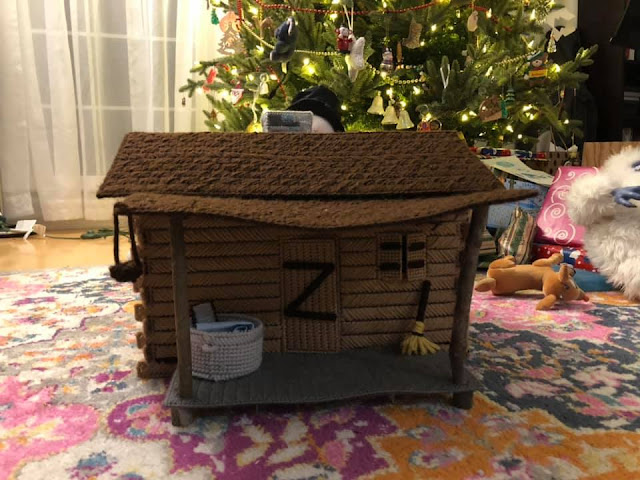 The roof comes off to reveal the inside of the house, which has a loft and a trundle bed, a table, a fireplace, and all sorts of treasures. The family consists of a mom and a dad, a big brother, a little sister, and a baby. They have clothes that attach with velcro. There's a violin, a broom, a sheepskin rug, a candlestick, a treasure box...and the list goes on and on. 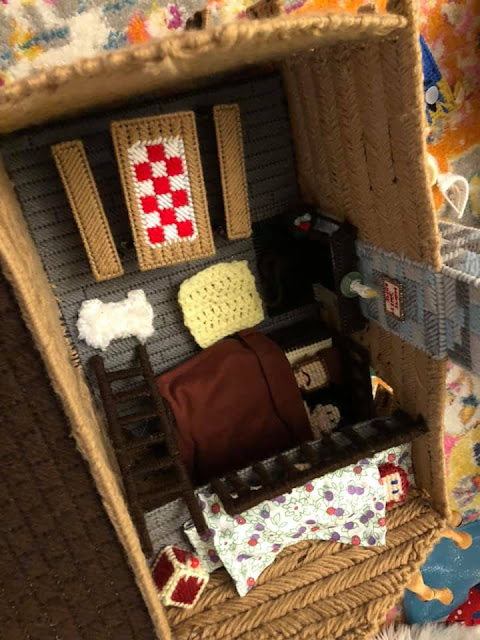 Here's a sweet little wall hanging Rachel made to put above the fireplace: 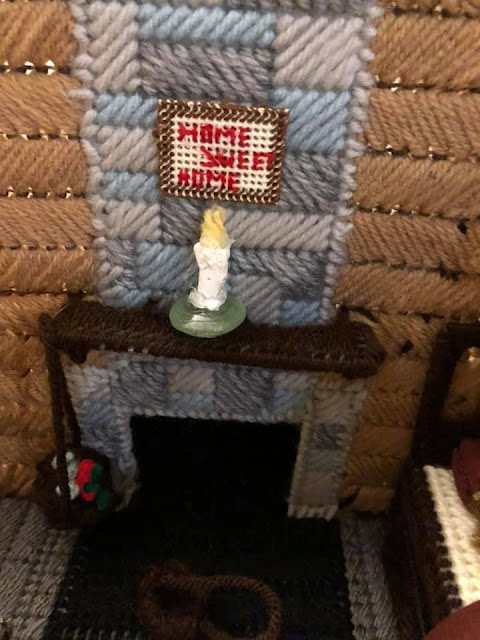 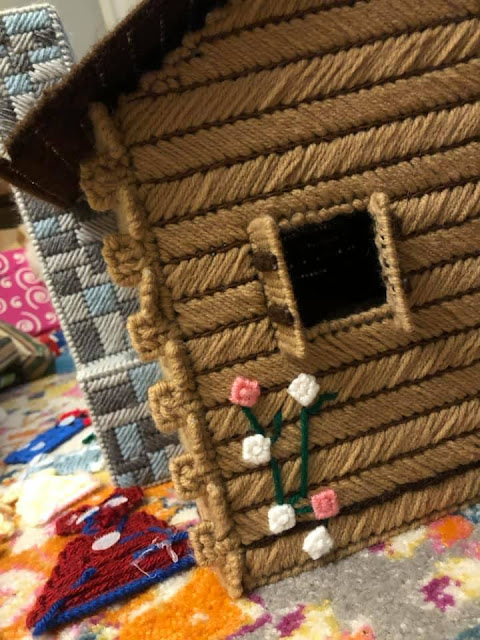 Benjamin was the most excited about the cabin, which is good because Benjamin was who the girls had most in mind while they were working on this project. So far it's been camped out in his bedroom and he's played with it every day (frequently, but not always, with Zoë and Alexander).

I'm so proud of the girls for sticking with this project, through all its frustrations. It was a pretty cool thing to pull off!