A frolic of fireflies

If my children ever question whether I ever loved them, please remind them that in the summer I routinely let them stay up past their bedtime so I can take them on "firefly walks" in 95% humidity.

It was absolutely sweltering this evening, but after our walk they insisted on staying outside to catch lightning bugs. I didn't take any pictures, so enjoy these pictures from June 8. I think we easily caught twice as many—even three times as many—fireflies as we caught that particular day because the firefly population seems to have exploded since then. The kids were catching fireflies left and right, coming up to me and saying, "Okay—I've got three!" Even Alexander caught several (and he's...not very good...at catching fireflies (though I really think it has more to do with his height than his skill; they so quickly fly out of his reach)).

Benjamin did not wear his flannel onesie this evening (he would have melted), but he was wearing it on June 8: 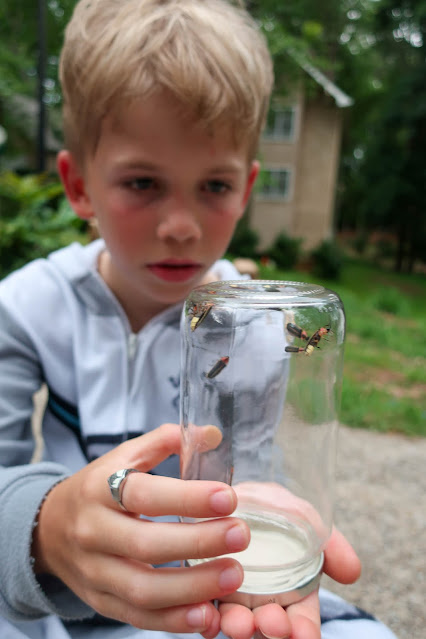 Here's Zoë listening for the "plink, plank, plunk" sound the fireflies make as the drop onto the lid from the bottom of the jar (which we hold upside down (making the bottom the top?) because fireflies are prone to climbing up, so if we held the jar lid-side up then all the fireflies would be at the mouth of the jar when we opened it. 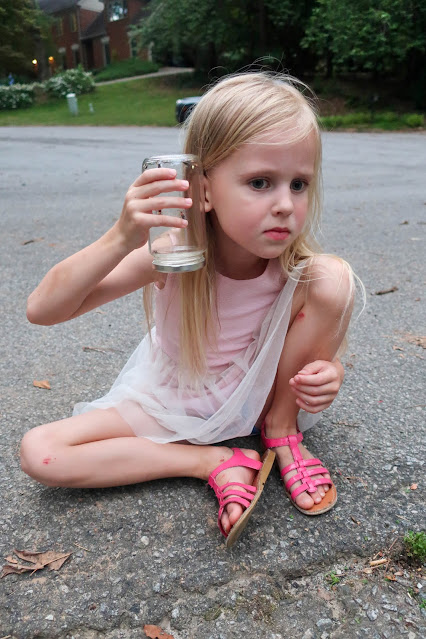 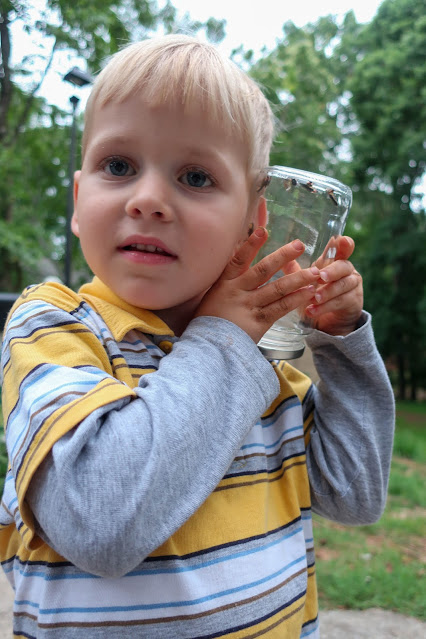 And here he is pointing at the jar and saying, "There's a whole herd of them!" 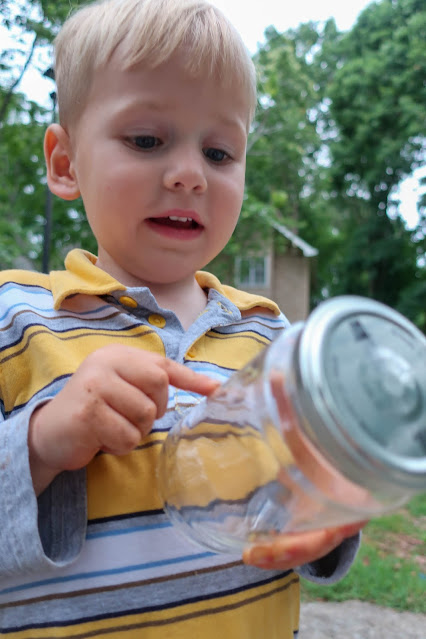 I'm not sure what the collective term for fireflies is. Folks online have suggested things like:

I think other contenders might be:
Andrew just suggested:
There doesn't seem to be an agreed upon term, but there should be because they're so...magical and memorable. I might be rather partial to "frolic" but I might change my mind later.
Here are a few pictures of Alexander playing with a firefly he caught (don't mind his messy fingers; he'd just been playing in the dirt): 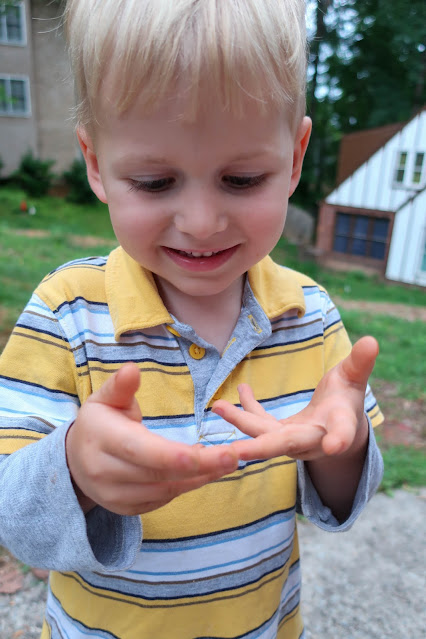 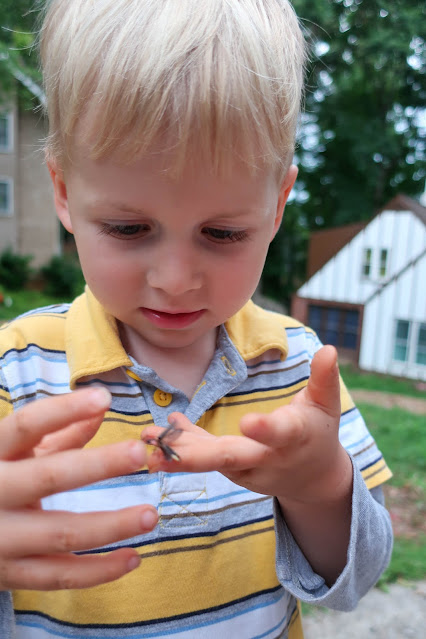 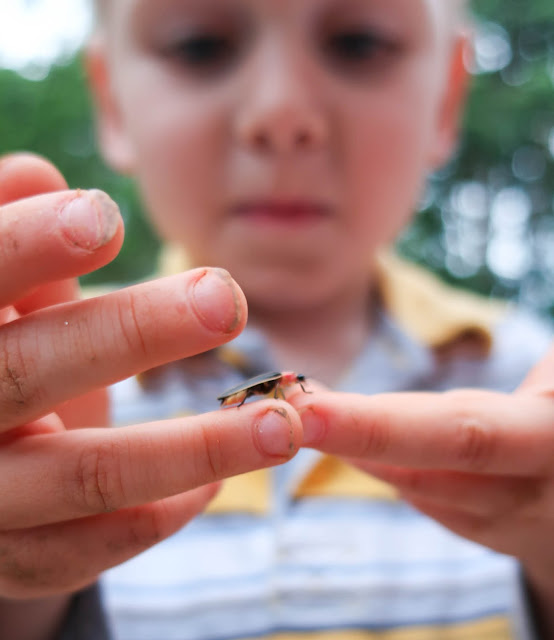 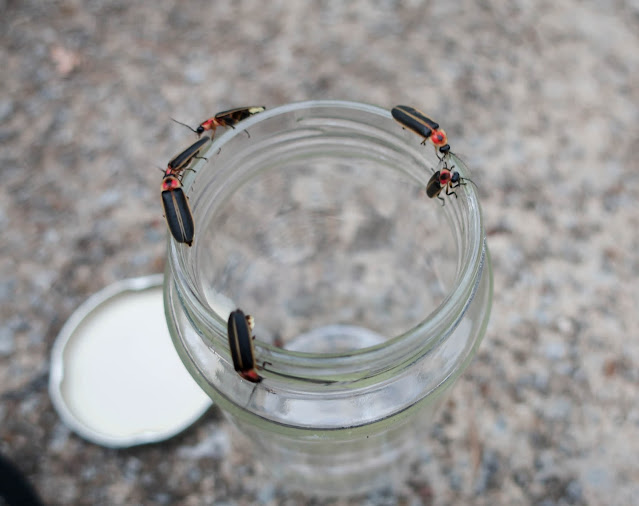 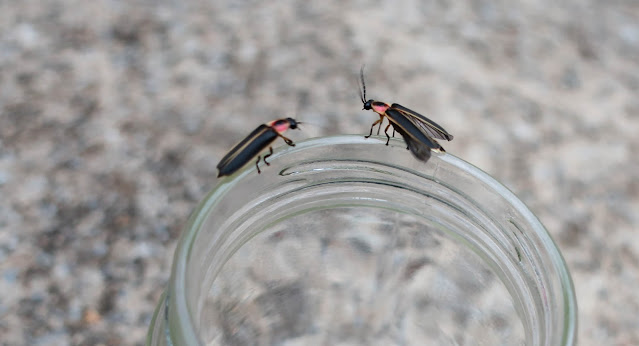