But it's been standing for a long time now!

At 144 feet, it felt a little short to us compared to the North Carolina lighthouses we visited (Cape Hatteras is 210 feet tall, for example), but I guess it's not really that short because there are many, many lighthouses shorter than it.

We didn't pay to go inside (the line was long, the price was pricey) but we did take a few quick pictures! 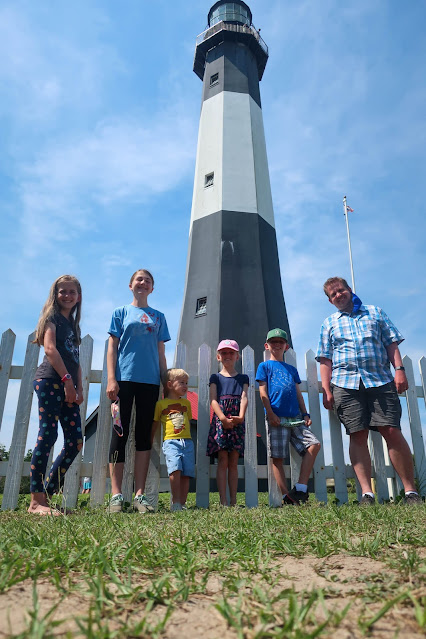 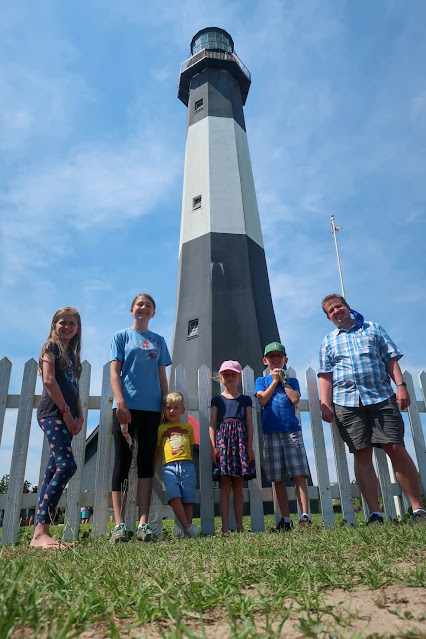 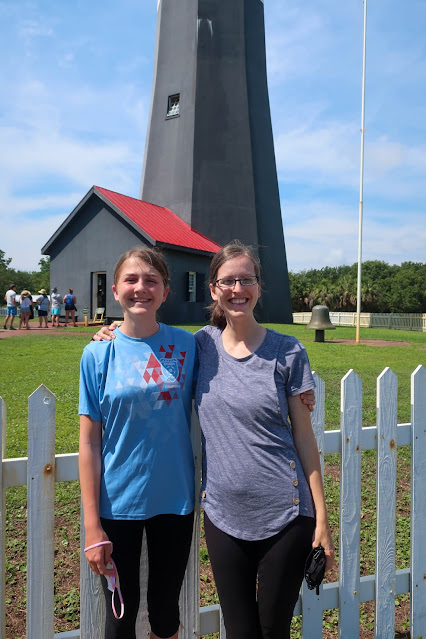 And then we were off on the five hour drive home, which Andrew did all by himself (of course, because he's a super hero).
Posted by Nancy at 11:15 PM