This mammoth elephant ear surprised me by becoming my favourite plant in my garden this year. I honestly didn't expect this because when I was planning our garden I was thinking all about splashes of colour. Flowers. I was thinking about flowers. I was thinking native plants. I was thinking, but...
Andrew does most of the shopping around here. One day he came home with some lilac bushes (potentially colourful but non-native), which I was excited about because I love lilacs and you don't see them around here. Evidently that is because the deer keep them trimmed to approximately six inches tall...
Let's just say the lilacs are not doing well.
He also brought home a bunch of elephant ear rhizomes, which I was entirely unexcited about (greenery and non-native), but which I helped to plant, anyway. They took forever to come up. I was half afraid they'd all just rotted away before having a chance to sprout, but they eventually started to claw their way through the soil. And I mean that quite literally. Their little shoots looked like thick fingers reaching for the sunlight.
And now they're my very favourite thing. I could just stare at them all day. 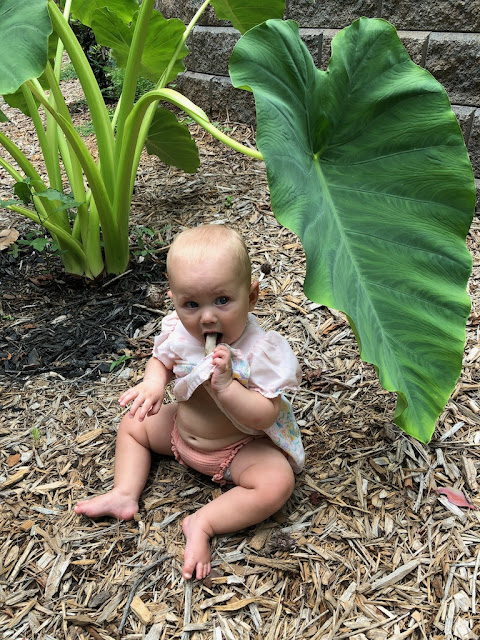 Their stalks are as thick as my arms! Their enormous leaves make wonderful spots of shade for Phoebe to hang out in. And the marbleization of the leaves is exquisite! 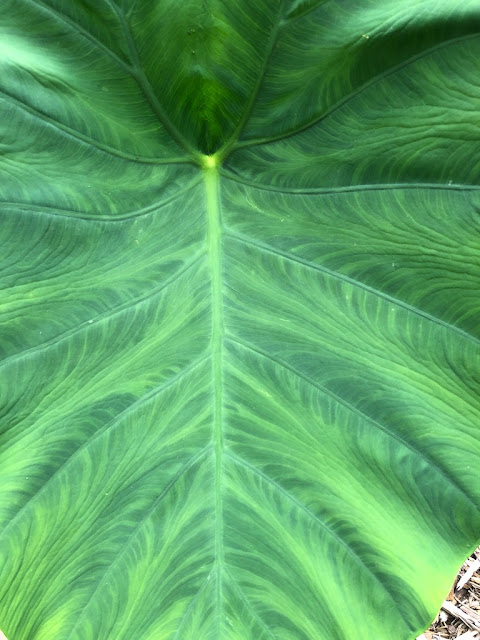 I still want to find some lovely native ground covers to try for these middle tiers of our garden (phlox comes to mind), but for now I'm reveling in the majesty of this incredible greenery. 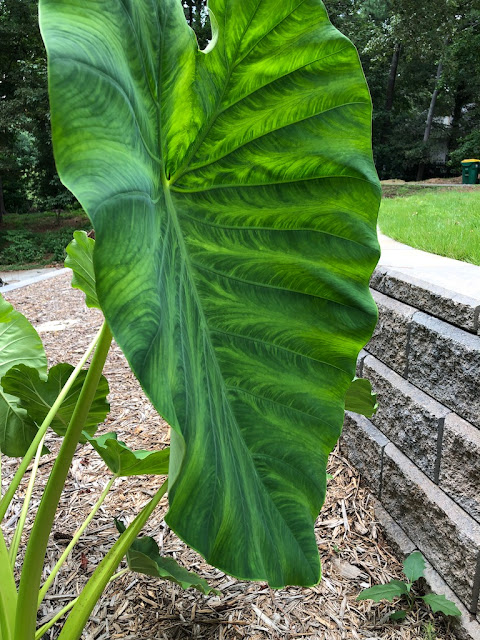 I'm not the only one so taken by this plant.
We're currently reading Tuck Everlasting, which has some wonderfully descriptive language. After reading a few chapters about the beautiful woods behind the Fosters' house, I asked the kids to write a passage describing the world outside our own front door, paying particular homage to a plant they can observe. Zoë wrote about bluets and how they were like stars dotting a sky made up of grass (I'll have to find her words). Alexander wrote about elephant ears. 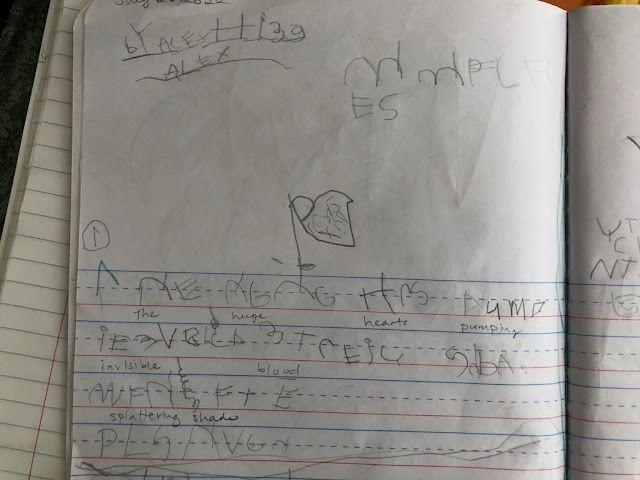 Now that I'm reviewing this, I see that my transcription doesn't quite match where his words were, but it was hard for him to remember what he'd written and it was hard for me to interpret what he'd written. Anyway, this is what he wrote/told me:
The huge hearts pump invisible blood, splattering shade.
And I think that's one of the most beautiful things I've ever heard a four-year-old say.
Also a little creepy.
The next line (cut off in this picture) is: All the elephant ears died.
And that's a little less romantic. But still.

Splattering shade? I love it.
Posted by Nancy at 1:24 AM