Phoebe (and—let's face it—many of her siblings) were playing with the Jenga blocks during sacrament meeting. It's not terrible that they were all building block towers instead of while listening because Phoebe's favourite part about playing with blocks is knocking towers over (sucking on the blocks is probably a close second, but she only does that when there are no towers to knock over).

So I posted a few pictures of Phoebe enjoying Jenga... 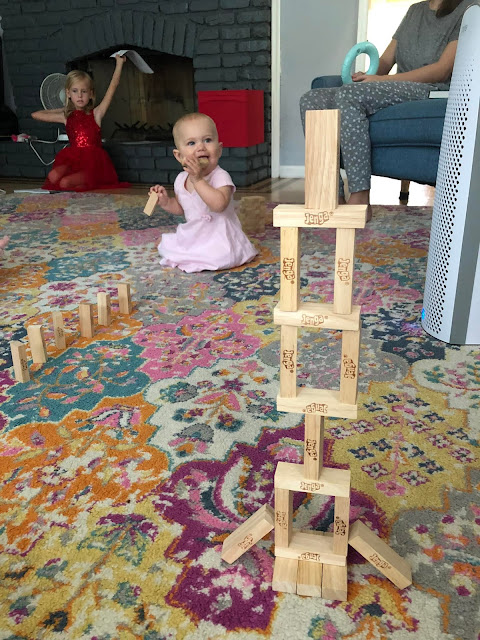 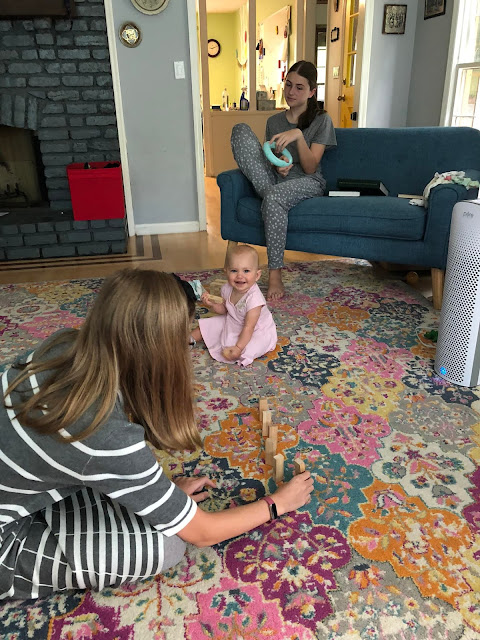 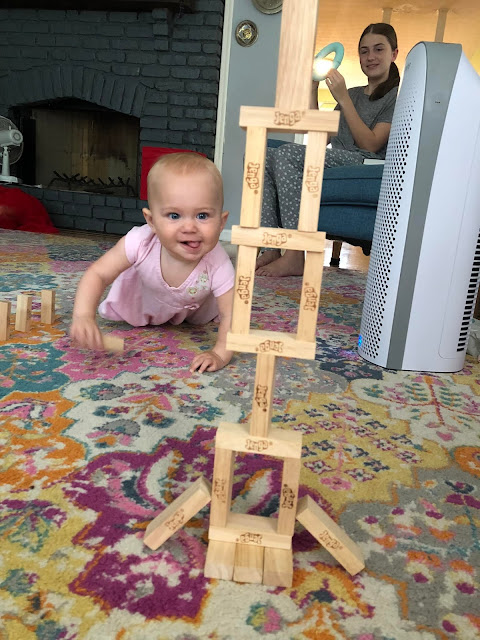 And soon after my brother David sent me this picture of Millie playing with her Jenga blocks! 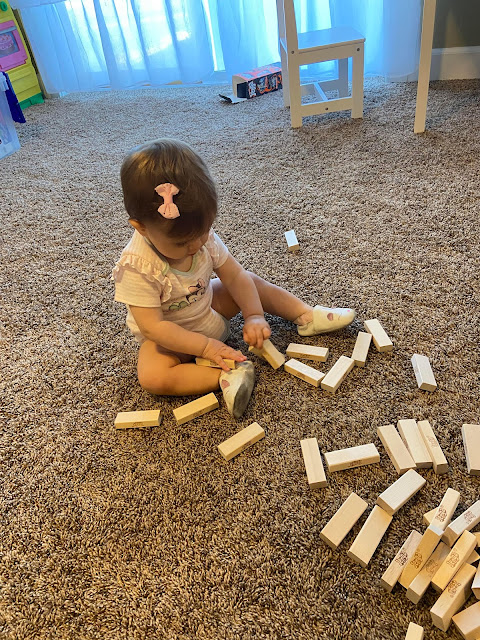 Parallel play from 2000 miles away!