Grandpa came to pick up Rachel and Miriam for a Stranger Things party last night and Phoebe was crawling around on the floor. He thought about picking her up, since she hasn't really seen him in quite some time, but he remembered that she can be particular about her ups and downs these days (when she wants up, she wants up, when she wants down, she wants down). Since she was happy down, he left her down and just chatted to her while he waited for her sisters to be ready to go.

Just before they left, she started fussing with some "I'm ready to be picked up now" noises, so I scooped her up from the floor and plopped her on my hip.

Now, in these pictures, she's all fancy, wearing clothes and everything... 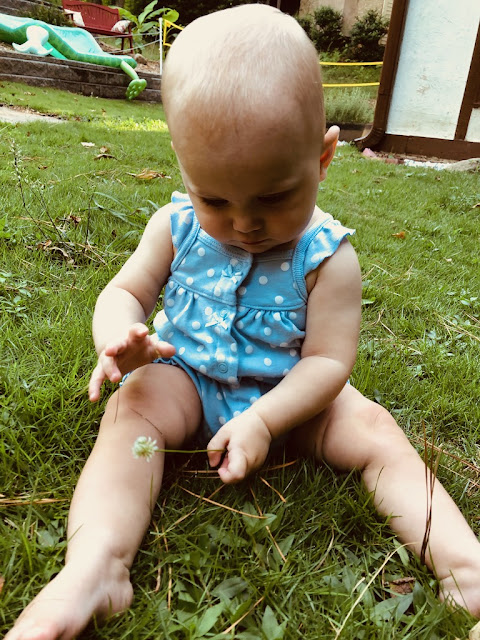 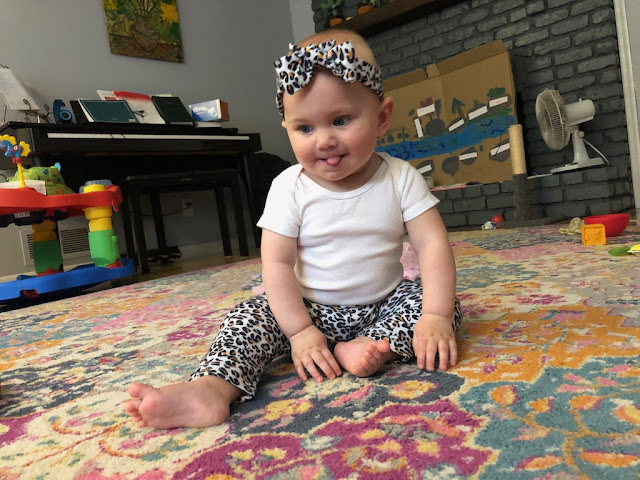 ...but usually she's squirming around the house in little more than a diaper. And yesterday afternoon that's what she was wearing: a diaper. Nothing more.

And while she was scooting around on the floor she'd evidently filled her diaper. Since she wasn't putting any weight on her little bum, there was plenty of room for her diaper to expand enough to catch what she'd excreted...which was a lot!

When I put her on my hip, all this...raw sewage...was suddenly squished straight out of the diaper. It went up and over the back panel, and started oozing down my arm.

"What is happening?" I gasped and reached my other hand around just in time to catch the first plop of poop.

It was a good thing, too, because soon poop was cascading out of the diaper, down my arm, and into my hand. I ended up with an entire handful of poop. Poop was smeared all over my arm, all over Phoebe's back, all over my hip.

It was hilariously disgusting.

And they ran away before they could be roped into helping.

Not that we would have asked them for help in this situation, anyway. Andrew helped the two of us into the shower and we were nice and clean by the time Grandpa dropped the girls off after their watch party and then he got to hold Phoebe.