At eight months old, Phoebe enjoys sticking out her tongue. A lot. 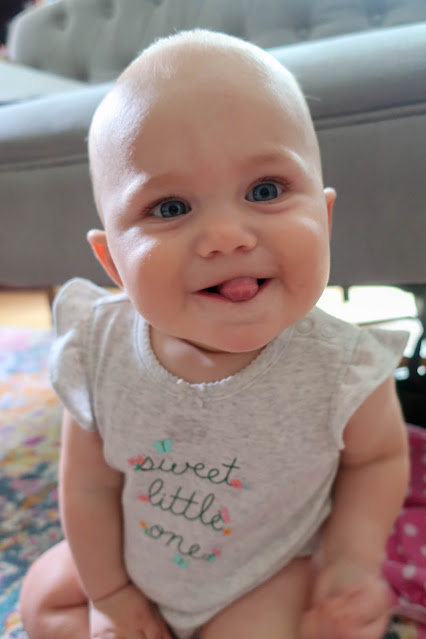 She's proven herself to be a dedicated oral explorer. The first thing she does when she encounters something—new or old—is stick stuff in her mouth. If it doesn't fit in her mouth, the first thing she does is lick it. She seems to think the most important question in life is, "What does this taste like?"
Andrew picked up some delicious chili-roasted pistachios the other day and the kids have been gobbling them up. Alexander got a big bowlful for himself, which he sat down to eat with a tall glass of ice water. He's a messy eater, though, so a few pistachios ended up on the floor (even though all you have to do is pop the entire thing in your mouth, and even though I explained that nuts are choking hazards).
I caught Phoebe sucking on a spicy pistachio that she'd found and she evidently wasn't put off by the flavour. She was quite upset when I pried it out of her mouth.
She was less impressed with the dregs of tonight's spicy cauliflower. We had lentils and naan (store-bought, which is a little off-brand for us these days, but I think lazy dinners are just fine sometimes). Andrew made some curried chickpeas and cauliflower to go along with it. He had a bit of a heavy hand when seasoning the cauliflower, so the nice bite-sized bits at the bottom of the serving dish were a little spicer than the bigger pieces on top. I didn't realize this before giving these baby-sized bits to Phoebe (because I helped myself to some of the bigger pieces).
She put a piece of cauliflower in her mouth and her eyes started watering and she was squirming and yelling like she was very uncomfortable, so as quick as I could I popped a little slice of nectarine into her mouth, which fixed the burning. And she went back and forth like that for the rest of dinner—eating her spicy cauliflower and then grabbing a nectarine slice.
We introduced her to bubbles the other day and she wasn't terribly impressed, though I was pleased that the apple slice she was holding was enough oral stimulation to prevent her from chomping (and subsequently choking) on leaves and things. 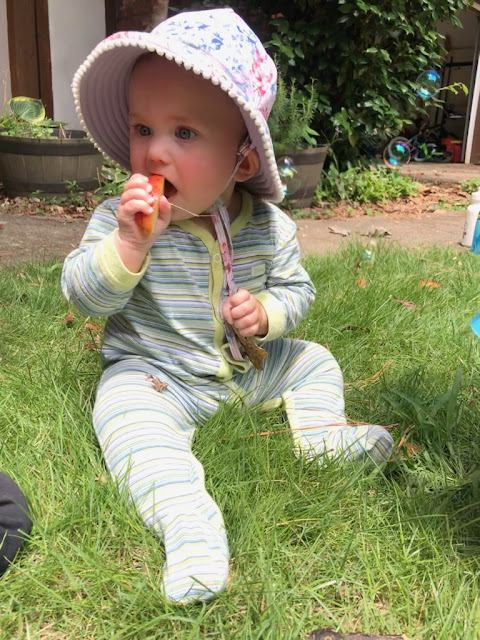 Her indifference about bubbles seems to be over, however. Yesterday evening Alexander was blowing bubbles for her while we were outside and she thought bubbles (or he?) were (was?) hilarious!
Phoebe loves to stand. She can pull herself up holding onto the stairs and the couch and the fireplace and the bookshelf and the dishwasher and...anything about that height. She also tips over a lot, which has caused a few sad bonks. Overall she's a happy girl, though, which is nice because she's been continuing with her baby insomnia. I really hope we can help her fix this before my semester starts. 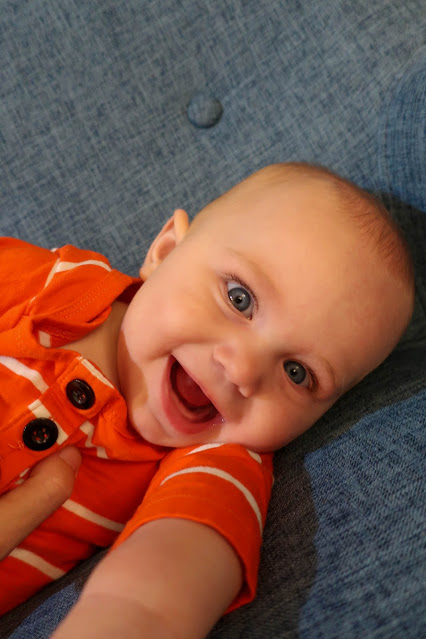 Up all night. Up all day. Little cat naps, here and there. Taking forever to settle. We've been settling her to sleep tonight since 8:00 pm when she first started letting us know she was sleepy after dinner. And she went to bed pretty easily but, alas, never stays asleep for very long. And then she gets loud.
And we're all starting to lose our minds over here. 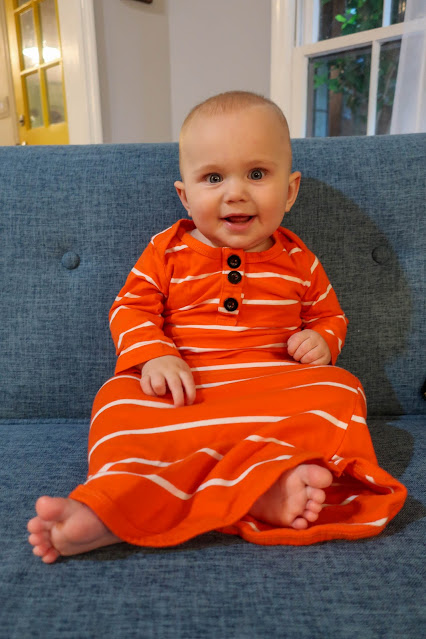 It's a good thing she's cute! 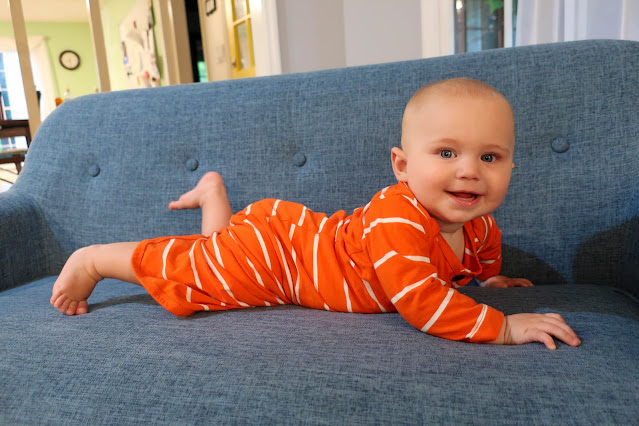 Did I mention that she likes to pop her leg joints? It's horrible. She pops her knees somehow. All the time. It doesn't seem to hurt her, but it is a little disconcerting when you're holding her and her leg joints are pop, pop, popping. From what I've read it's...fine. But I kind of hate it.
She's starting to do a little babbling. Things that sound like ma-ma, na-na, da-da, la-la.
She loves shrieking.
This is also a terrible habit.
She shrieks to join in the conversation but ends up just drowning everyone else out. What's worse is that Alexander and Zoë have decided to approach her shrieking with an "if you can't beat 'em, join 'em" mentality so they'll start shrieking back at her and we end up with three tiny (but mighty!) voice boxes shrieking as loudly (and high-pitched-ly) as they possibly can.
Between the noise and the lack of sleep, guys...I tell ya...I'm running out of spoons.
Rachel's birthday is coming up and she mentioned something about needing to make herself a cake, which, like, cool. But also, you shouldn't have to make your own birthday cake. And also she's kind of quarantining away from the family while we just...you know...make sure she didn't contract COVID while she was out and about. So that makes it difficult to be in the kitchen all day.
Anyway, I was like, "You shouldn't have to make your own birthday cake!"
And she was like, "Oh, do you want to make it?"
Guys, I used to make all the birthday cakes! But I haven't made a birthday cake in years (except, perhaps, one for Rachel now and then).
"I honestly don't know if I have it in me right now," I said. "Like, I just am not coping well."
"She got like two hours of sleep last night," Andrew said. "I'll make your cake."
So Andrew will be making Rachel's birthday cake.
And Phoebe is just now down for "the night" (or two hours? or twenty minutes?) so I'm going to hop off to bed, too. And tomorrow I'll just, you know, make my way, bleary-eyed, through the day...just like the day before and the day before and the day before and...eventually Phoebe will remember that she had been getting up only once a night (sometimes twice), right? Like, she'll sleep that well again...sometime...I'm just sure of it.
Posted by Nancy at 11:54 PM