First and foremost, let it be known throughout the land that I find Phoebe phenomenally cute. It's not even just my opinion, though. It's a solid fact.

Look at her sitting in the stuffed animal bin: 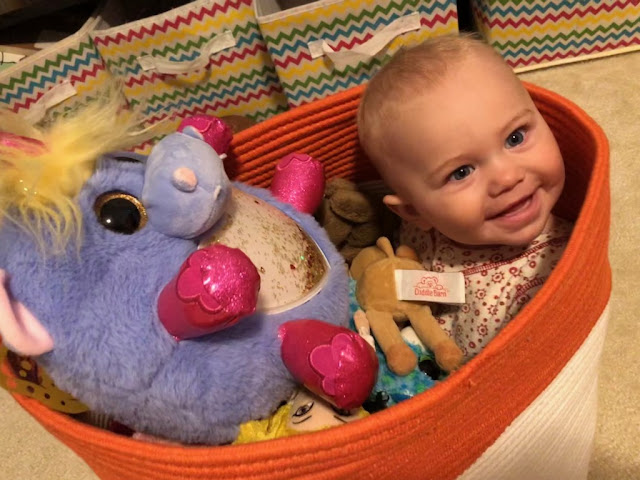 Zoë stuck her in there one morning while they were playing together. Adorable, right?

Let's take a closer look...specifically at her eyes... 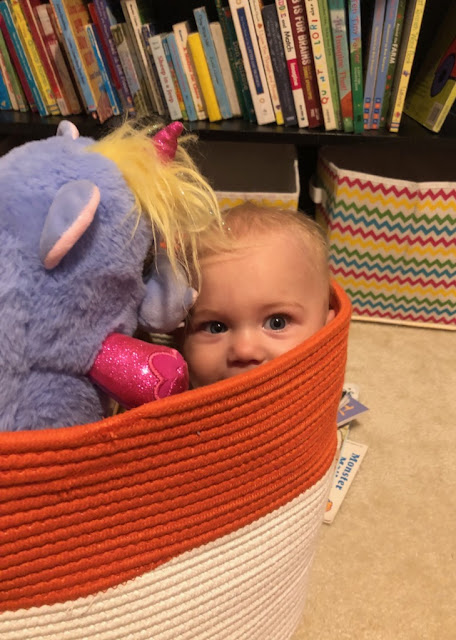 I can't always see it. When I look at her in person I hardly ever see it. But when I go through my pictures I often end up thinking to myself that...her left eye isn't as open as her right eye. It's less obvious to me when she's not smiling, though I can still see an obvious difference in this shot that I took at the pool today: 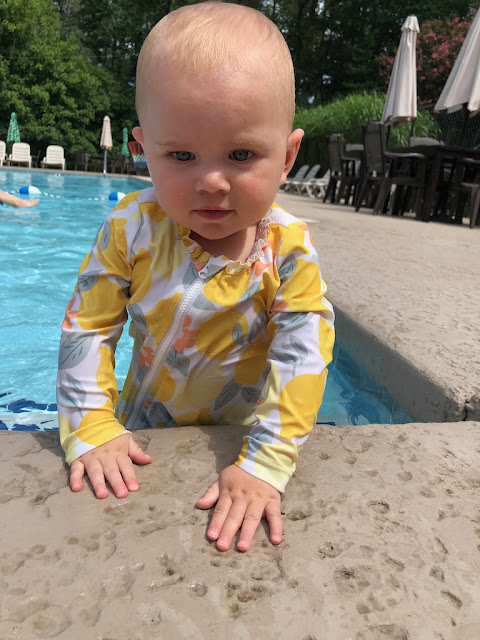 When she smiles it's super obvious: 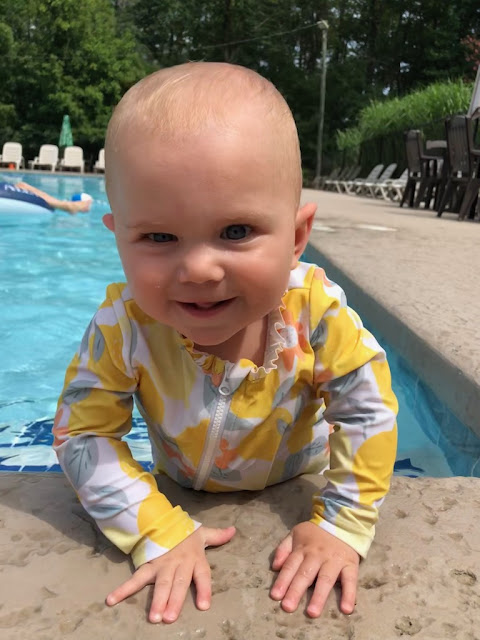 To say I'm not a worrier would be a big, fat lie because...I'm a worrier. But even I have to admit that this isn't particularly concerning to me. It's kind of like the time I recorded Alexander breathing in his sleep to "show" the doctor at his well-baby visit. Like, "Hey, I feel kind of stupid bringing this up, but this is what my baby sounds like when he sleeps (and quite often when he's awake)."

And it turned out that that was ultimately nothing to be overly concerned about. I mean, it has a name—laryngomalacia—but in his case it resolved (more or less) on its own and he's fine (though he sometimes still breathes noisily).

In Phoebe's case, her little wink gives her character. I think it's adorable. 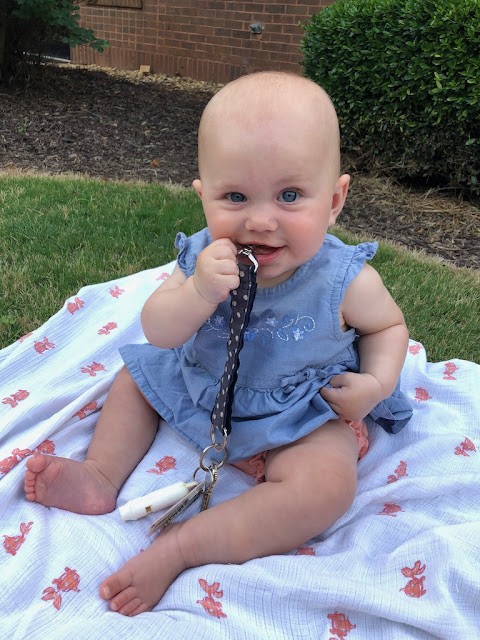 But also, I have a friend whose daughter has hemihypertrophy (one side of her body is bigger than the other) as well as oculosympathetic palsy, also known as congenital horner syndrome (a disrupted nerve pathway between the face/eye/brain), as well as a few other issues (moacism, hypomelanosisofito and complex partial seizures).

Honestly, I don't think that Phoebe has any of those things (because Benjamin is doing his probability unit right now and I know the odds of having any of those issues are slim to none and can even confidently rule out several on my own without having ever stepped foot inside a medical school).

However, when I see Phoebe's winky pictures...I see flashes of li'l winky-baby Naomi in my mind.

I don't think or hope that Phoebe's got anything on her plate like Naomi. I just wonder a bit about congenital ptosis—a droopy eyelid (which is a symptom of horner syndrome, but which can also be a simple stand-along thing, like just that her little levator muscle was underdeveloped on that side). 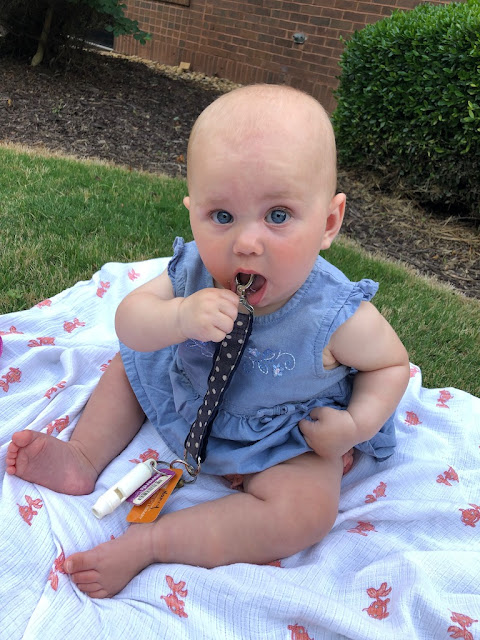 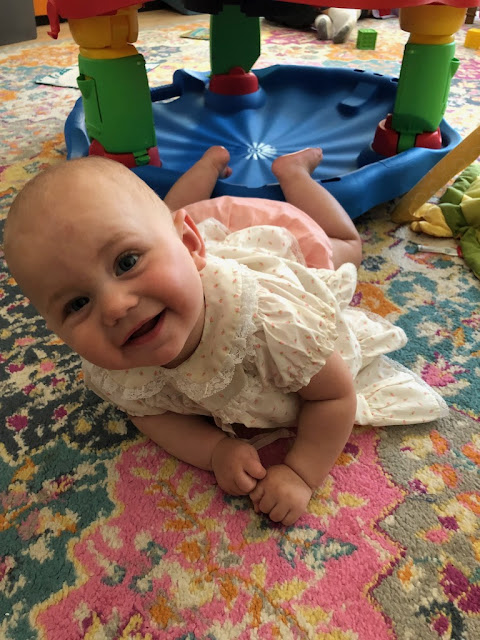 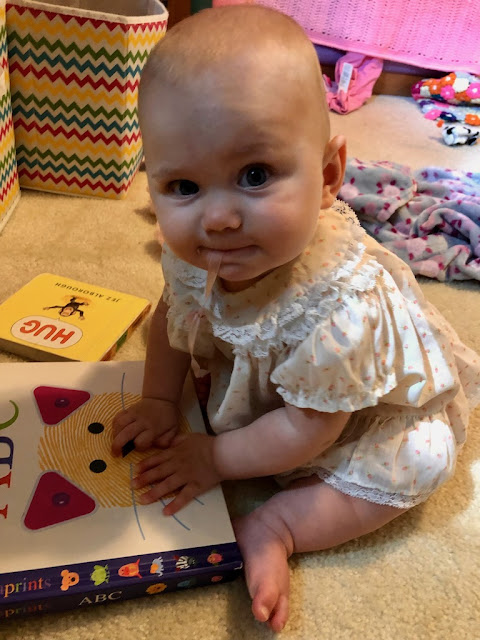 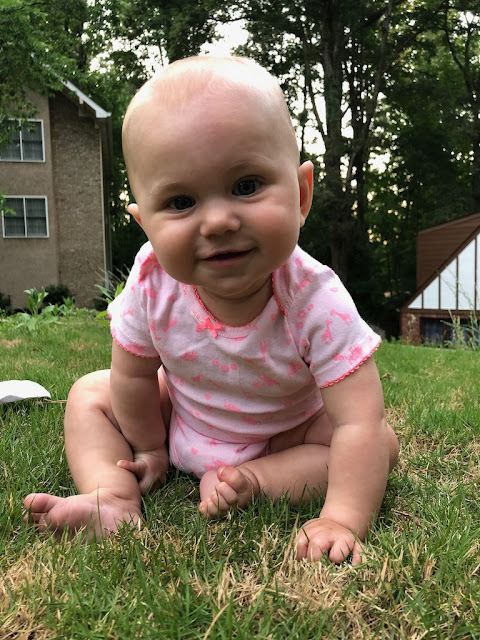 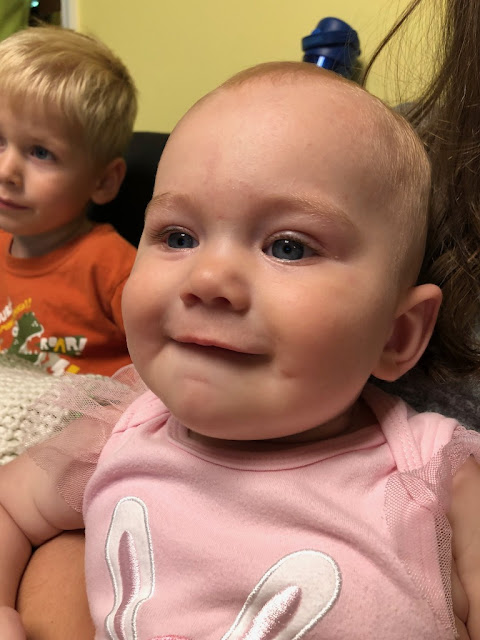 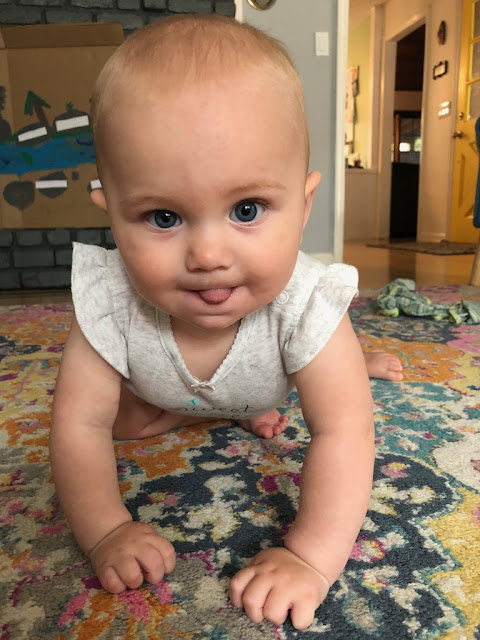 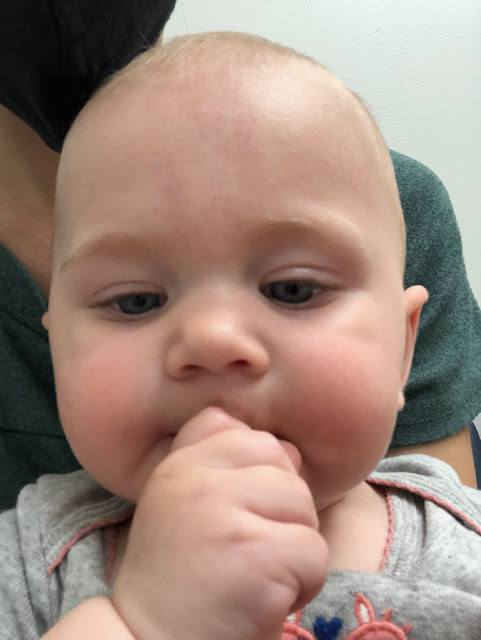 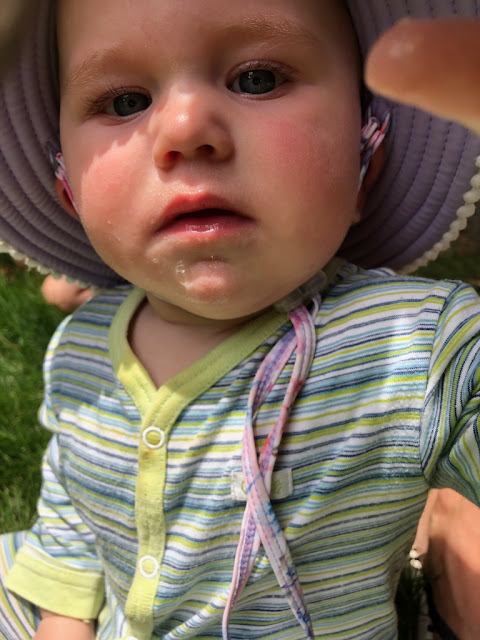 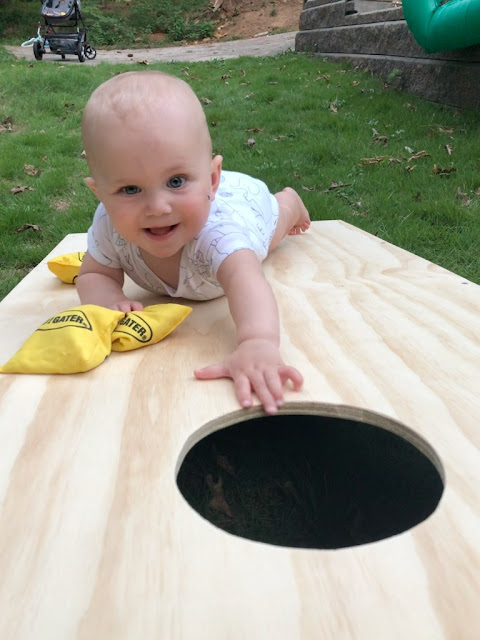 I could find others, but it's late and I have to get to bed because Phoebe is finally sleeping.
Posted by Nancy at 1:03 AM

Email ThisBlogThis!Share to TwitterShare to FacebookShare to Pinterest
Labels: Phoebe, sickness and health