Today we packed up the kids, camera, and tripod and drove out to Dry Canyon to take some family pictures. I’ve never been to Dry Canyon before which is really kind of a shame since it is right up the street. Literally.

One of these days—when the days are getting warmer instead of cooler—we need to head back up there and hike to Mt. Baldy. We meant to do that this summer/fall but somehow we never got around to it.

This fall has been so long and lovely. It’s November and the girls (mainly Rachel) refused to put sweaters on—the high today was over 70°F. That’s amazing for November. The best part, though, is that the trees are still sporting their autumn leaves in dazzling hues of red, orange, yellow, and brown.

It’s so beautiful I can hardly stand it.

But I sat next to a girl at the MPA/MBA wives’ luncheon who was from Boston. She lamented to us all about the lack of trees and colour and general autumn-ness. I was a little taken aback but I feel for her, I really do, because I know how shocked I was at the stark Albertan landscape when I first moved there from British Columbia (and I even used to think Utah an arid, ugly place); however, both times we’ve returned to Utah after living in the Middle East (Jordan and Egypt) we have been surprised at how vibrant the mountains seemed.

Not that I didn’t think Egypt wasn’t pretty. It is. Just in a different way.

But the mountains and trees here are so gorgeous. I guess I just had to leave to fully appreciate them. I’m glad that I have a new opportunity to enjoy Utah (even though I wasn’t originally keen on the idea of coming back here).

Anyway, we didn’t do much hiking today since our main objective was to capture the beauty of our uncooperative children. Seriously, kids, if you look back and wonder why you look goofy in all your photos do not blame me. Because it’s not me, it’s you. Just sayin’. 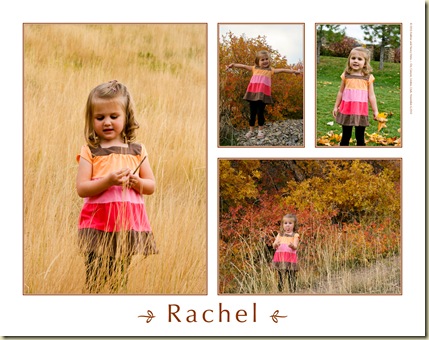 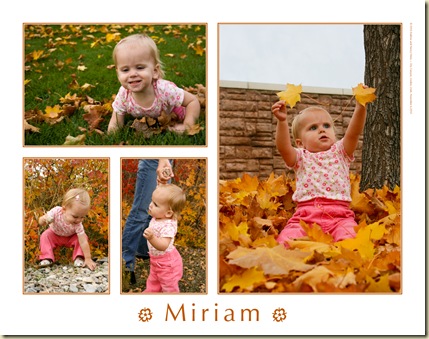 I’ve spent the better portion of this year fending for Miriam’s safety. I’m not even kidding. Rachel is a loving older sister, that’s true, but she’s also a teensy bit bossy and a tiny, little bit aggressive and well… 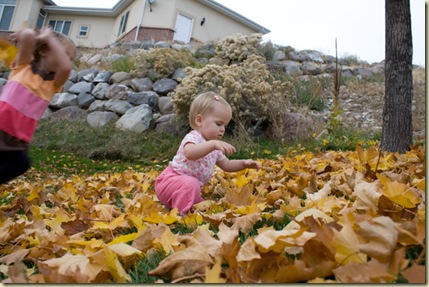 If I had a penny for every time I have had to haul Rachel away from Miriam I would be a rich, rich woman. I’d probably be a millionaire—and I’m only slightly exaggerating because, really, Miriam’s been through a lot this year.

Rachel has, too, I guess—becoming a big sister is a major adjustment—but Miriam’s year has been more…painful. She’s not a wimp, though, and actually initiates wrestling matches now so maybe it’s been a good thing. Maybe.

We also tried to take family pictures of the whole family. All at once.

This required using the timer because the battery in our remote had died and we haven’t gotten a replacement yet. Timers are tricky with children because there’s no one behind the camera to grab their attention and by the time the camera takes the picture the kids have completely lost interest in staring at the blinking light. 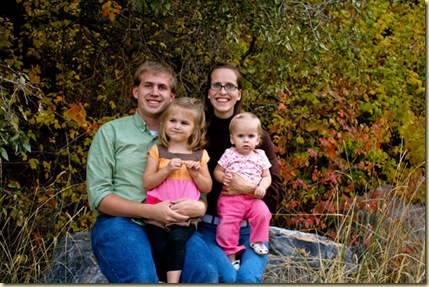 It also requires one of the adults sprinting from the camera, jumping into the shot, and trying to look natural instead of like they had just sprinted up a hill, slid to a halt by their spouse, snatched a child up, and plopped them on their lap. 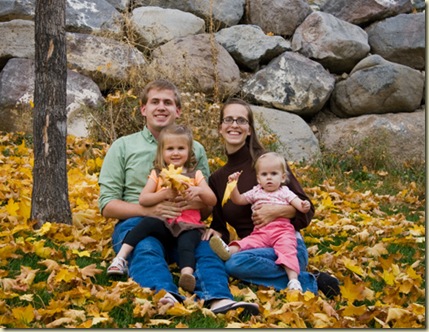 I was the sprinter in this last picture which might explain the look of surprise on Miriam’s face. Because her face certainly does not read “We are a happy family.” Instead it looks more like she’s trying to say “Ummm…what just happened? And whose lap am I on?”

It was fun, though, to spend the afternoon together, admiring the leaves and enjoying each other.