Look at how chubby my baby is! Who'd have thunk he'd ever get all roly-poly on us—because remember when his arm was as skinny as Andrew's finger? But here he is, in the flesh, in more pictures than you ever hoped to see of him sitting in a sink. 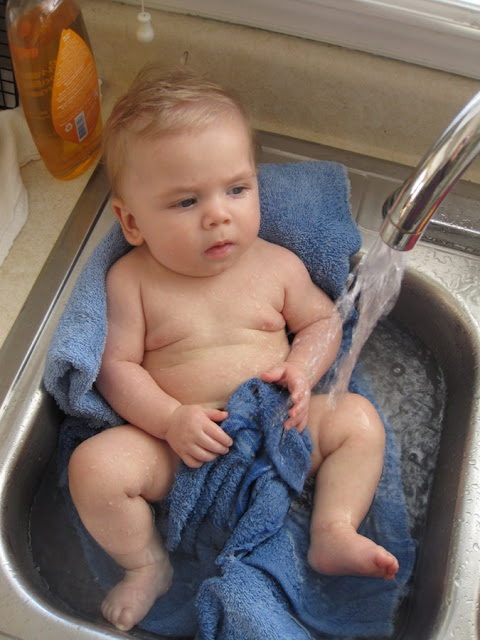 He's taken baths in the sink before but I'm not sure we've ever had the tap running while he was in there. You can see he's a little unsure about that. 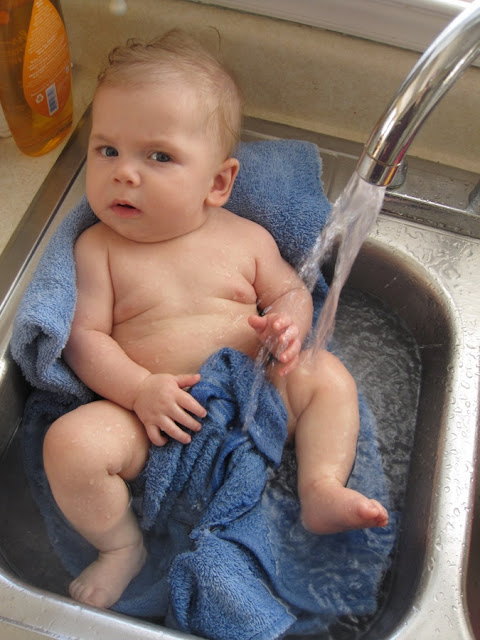 He was pretty happy when I turned it off (and, yes, those are our breakfast dishes in the other sink). 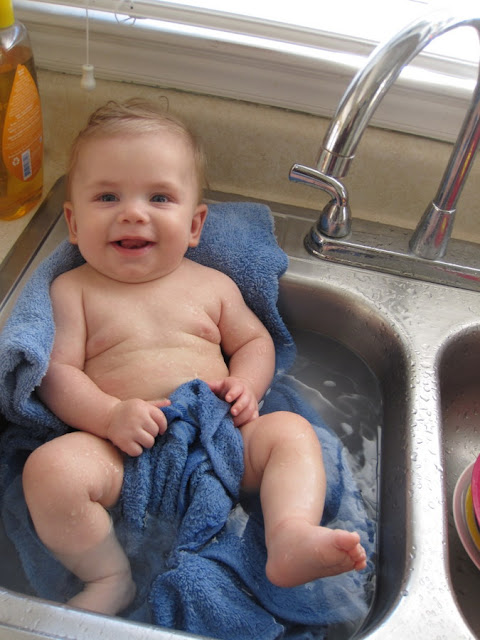 He had fun just chillin' for a little while. 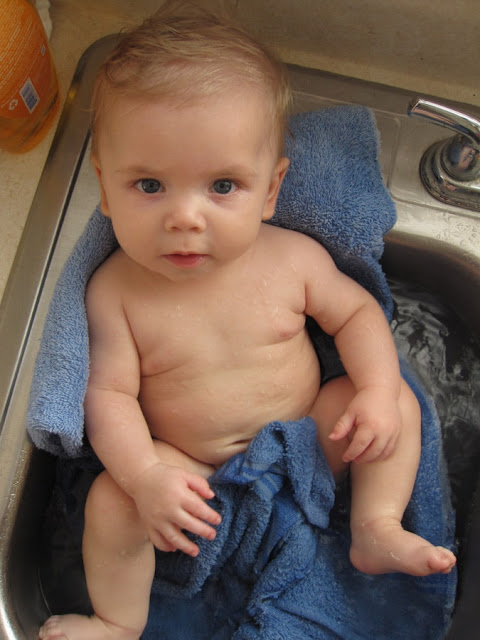 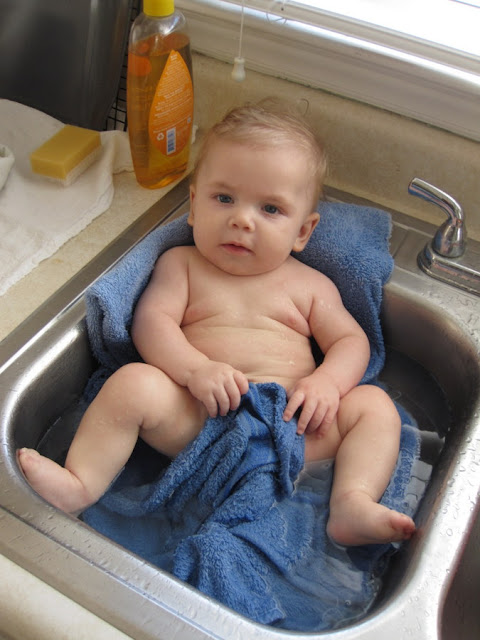 Look at his sweet little face gazing at those curious round nubs down there—could they possibly belong to him? He's not quite sure—I think today is the first time he realized that he has toes (and feet and legs). 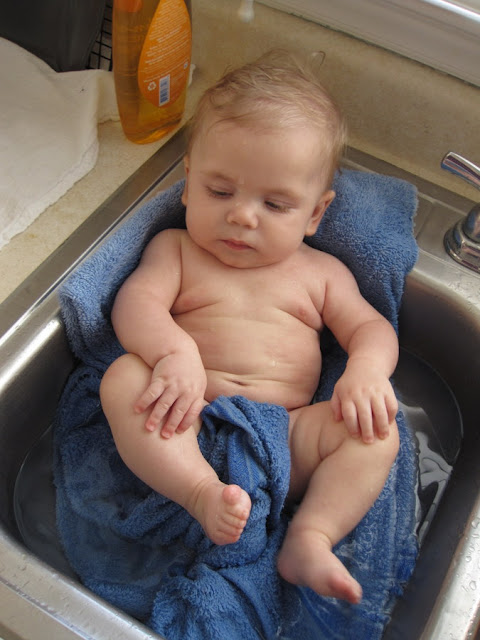 I, uh, don't know how to work the plug for the sink. It's got the strainer part that fits easily into the drain but doesn't actually stop the flow of water (only big chunks like cheerios and things like that) so you have to then drop the actual plug part down and push it in. I fiddle with it every time I use the sink and I always think that this time I plugged it right but the water always drains out no matter what I do so...I had to fill the sink up with water again. This time he was a little less fearful and more curious about the water. 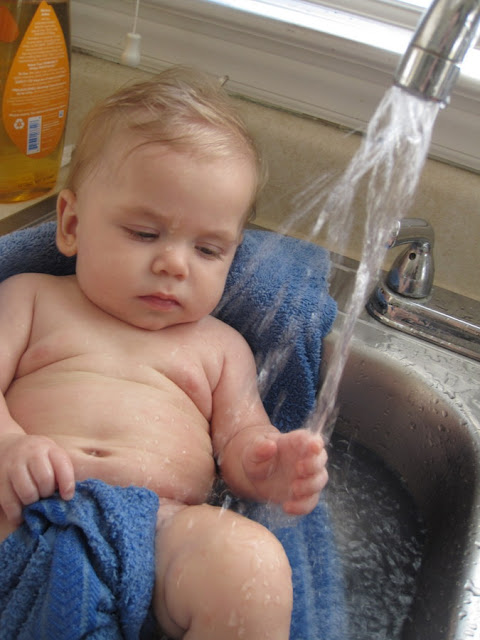 I turned it off and he was like, "Huh. There's very little to do now." 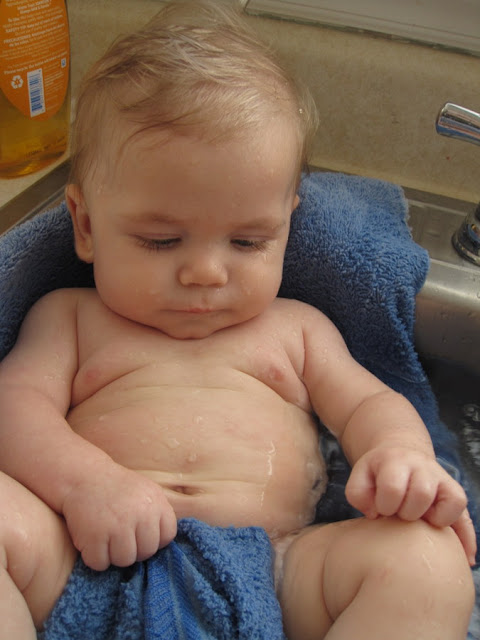 But then he remembered—he has feet! And they're awesome to look at! He kept lifting them up so he could stare at them. Once he figures out how to grab hold of them I have a feeling that they'll become fast friends with his mouth. 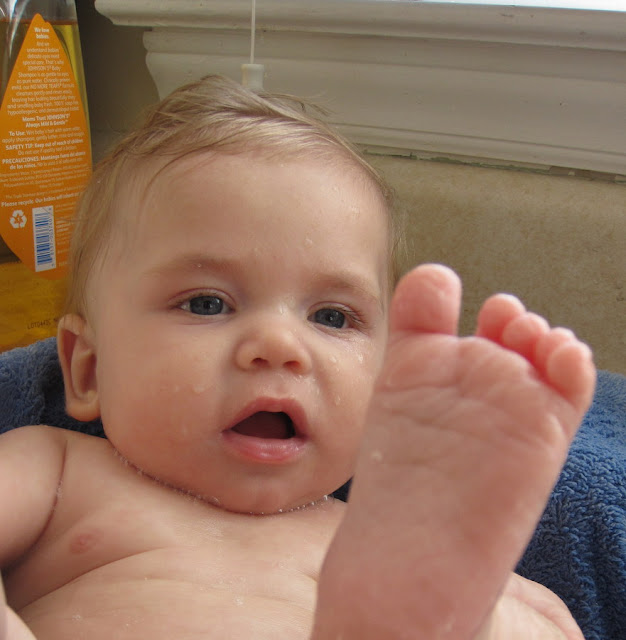 And here he is all soaped up and ready to be rinsed off, enjoying that stream of water again: 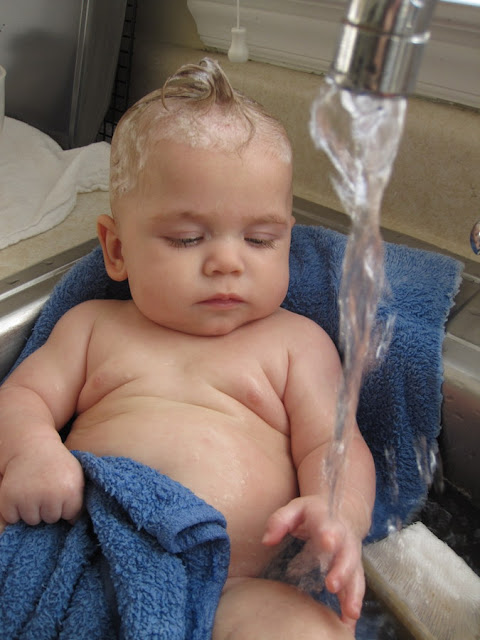 Would you just look at those little rolls of chub (and beautiful eyelashes)!? 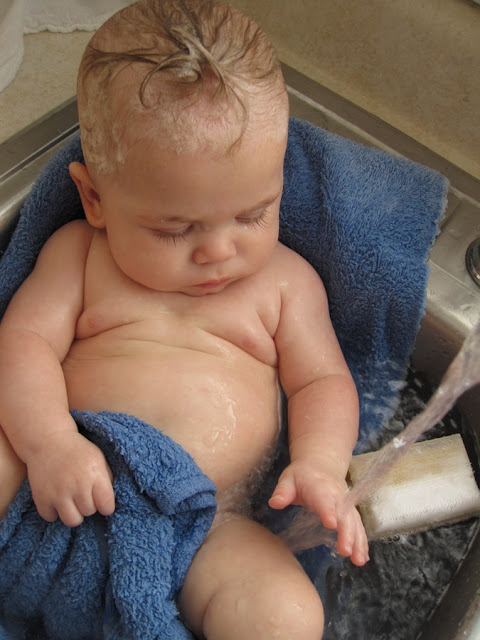