Thanksgiving Eve at the Life and Science Museum

Unbeknownst to me, Andrew had made a deal with the girls that if they were kind to Mommy and went to bed nicely every night while he was in Indiana that when he came home they'd watch Star Wars together. He made good on that promise this morning. Rachel was excited to get to go to the space exhibit so soon after watching Star Wars. 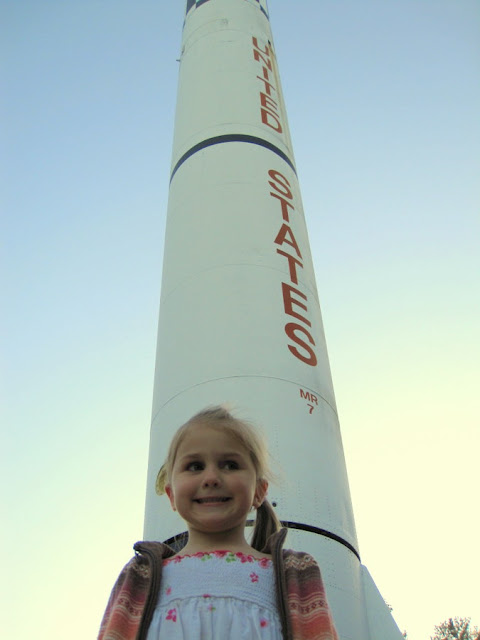 We spent quite a bit of time wandering around doing science experiments with ratios and sound waves and even got to watch a crash test dummy in action (word to the wise: do not put your feet up on the seat in front of you) before we headed outside. We keep finding little nuggets of fun that we'd never noticed before, but of course what we've done before is always fun to do again as well!

This time we found a little fountain area with all sorts of pumps to try. Each one had a different contraption it would power (with water). We had quite a bit of fun (and only got a little bit wet). 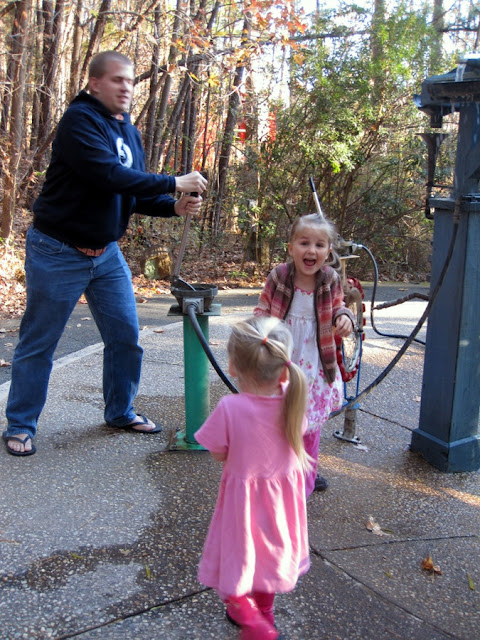 Some of the pumps were a little difficult for the smaller patrons to work: 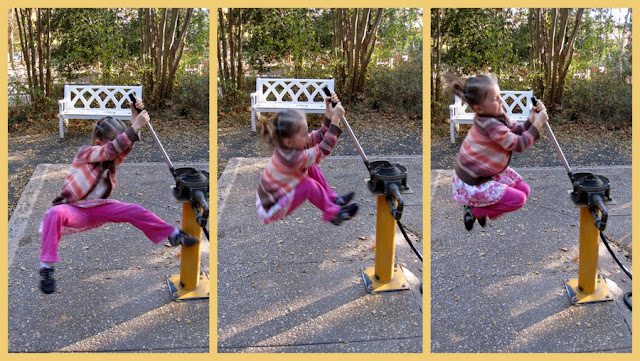 We were sure to swing by the farm so that we could visit the new alpacas. 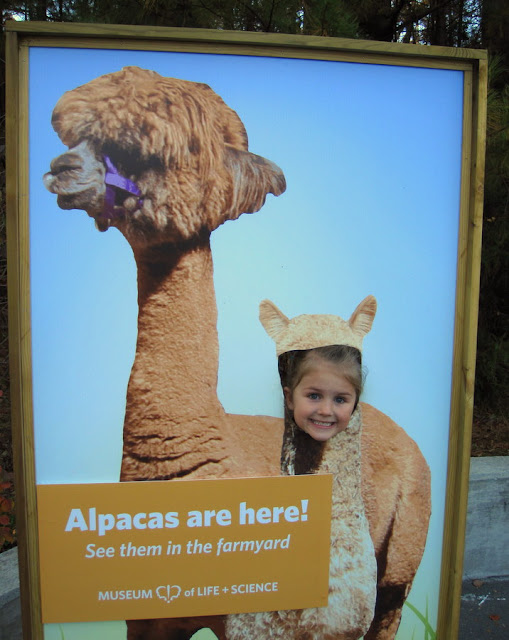 The girls were excited to learn that alpacas are from Peru, which is where Uncle Jacob served his mission. They sure had funny haircuts! 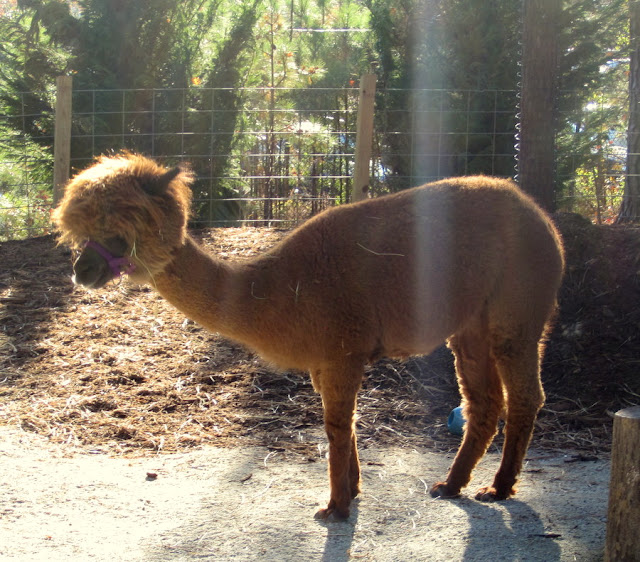 Benjamin napped through most of the indoorsy things we did but woke up soon after we got outside. He's experimenting with that thumb of his still. He might end up a thumb-sucker yet but I don't think he'll be as a voracious sucker as Miriam is (we really need to end that habit of hers) since she was a thumb-sucking master at 2.5 months. 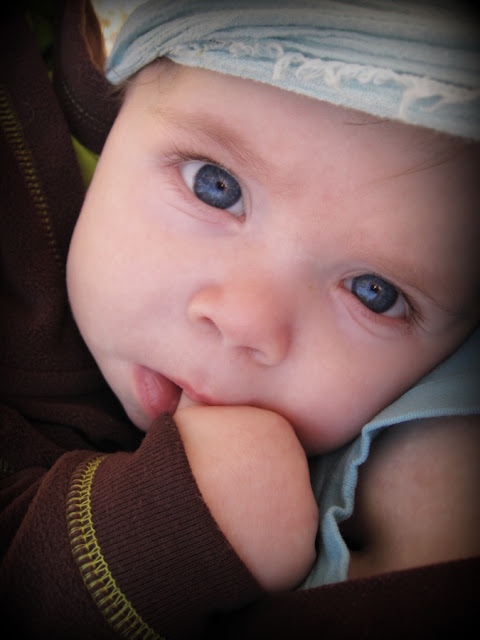 I could stare at his sweet face all day. His eyes are dazzling. 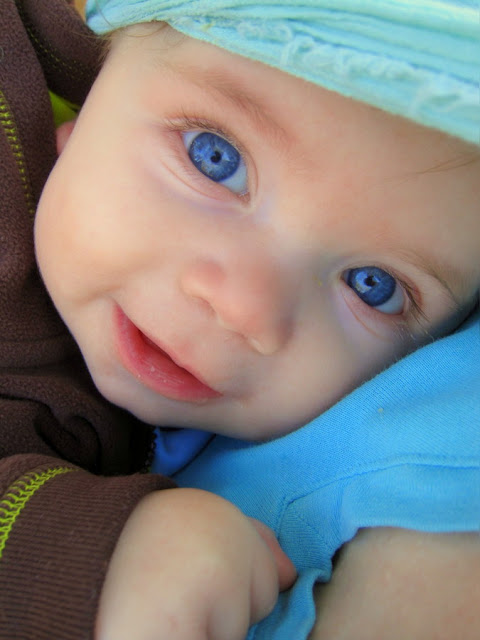 The girls wanted to see the butterflies, of course, which meant that we had to check out all of the "gross" bugs first. The bug displays are always changing. Today, for example, they had a beehive we could observe, as well as these horrible assassin bugs who were pouncing on crickets and devouring them live. 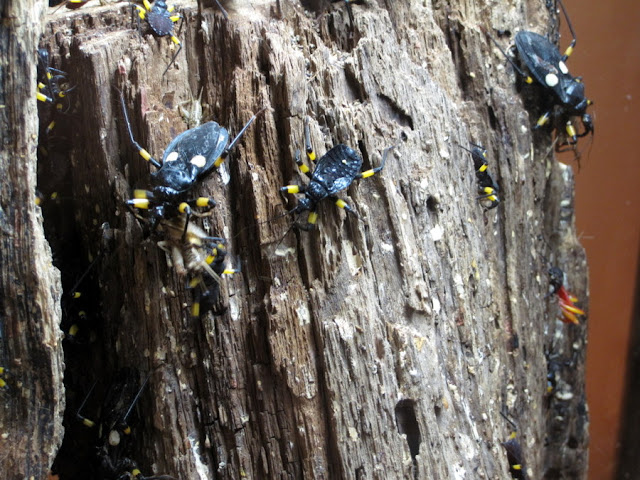 Once inside the butterfly habitat, Rachel had a fun time dancing with a blue butterfly. He kept coming back to visit her, though he never quite landed on her. 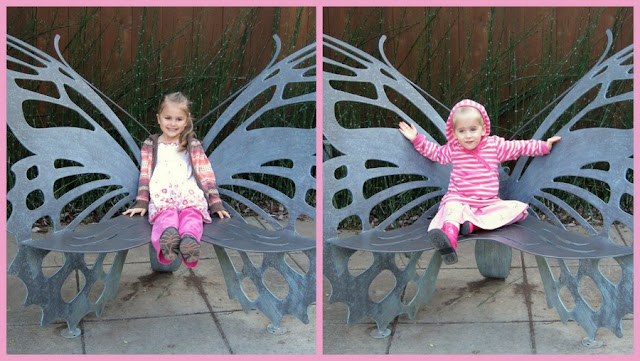 Next up was the dinosaurs. By this time Rachel was still going strong but Miriam, who hadn't taken a nap but probably could have used one, was ready to go home. We just plopped her in the stroller and let her whine to herself while the rest of us had a good time. 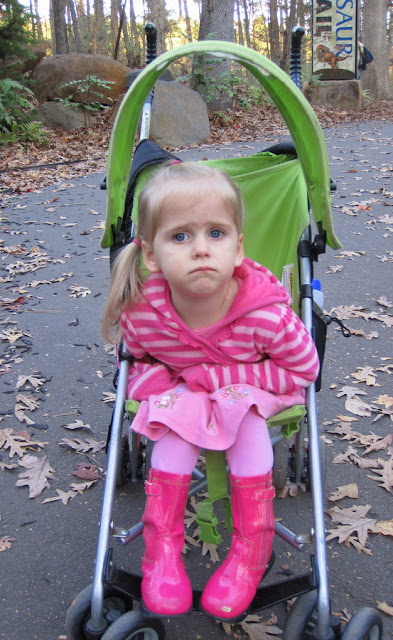 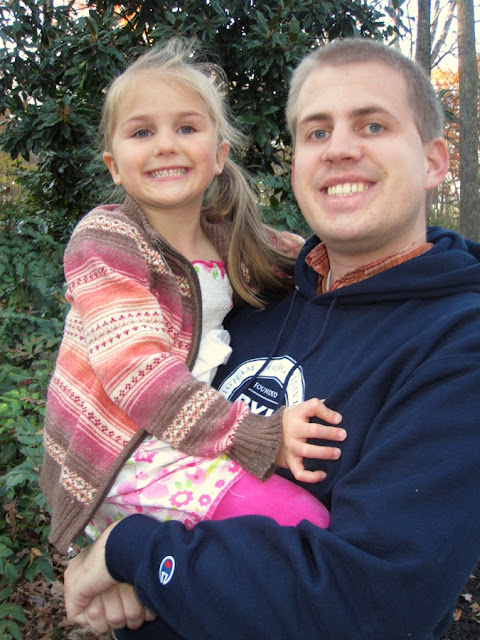 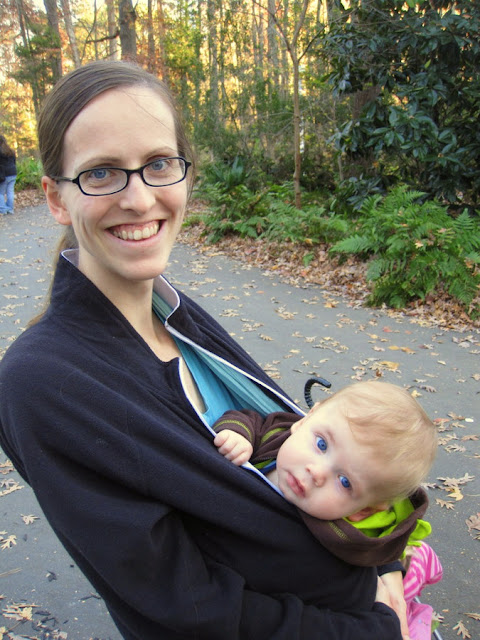 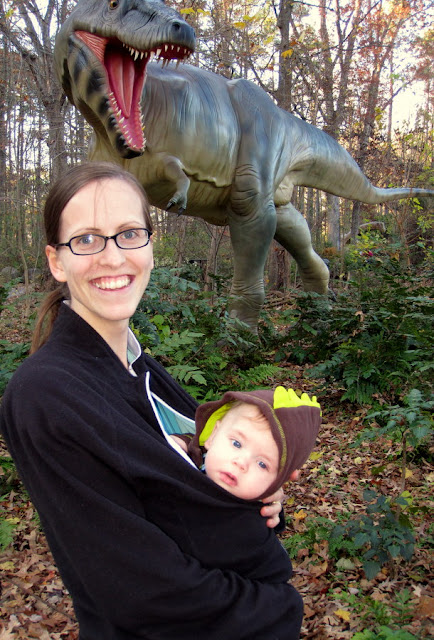 Rachel wanted a picture by the Maiasaura, of course, since it's her favourite dinosaur. By this point Miriam was feeling happy again (her favourite is the longneck...I forget which one they've put in the park...and seeing that helped cheer her up) so she hopped in the picture, too. 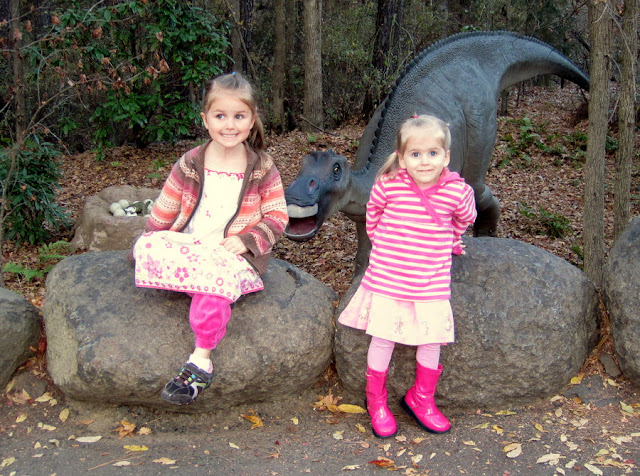 We stopped by the archeological site and let the girls (and Andrew) dig around a while. 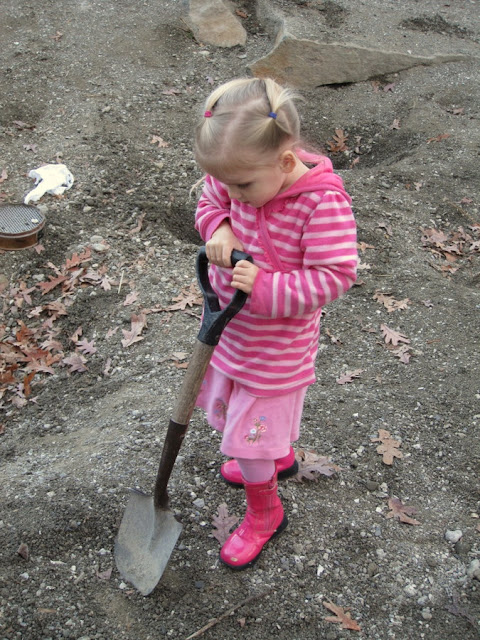 Benjamin and I enjoyed looking at the tropical plants in the garden. 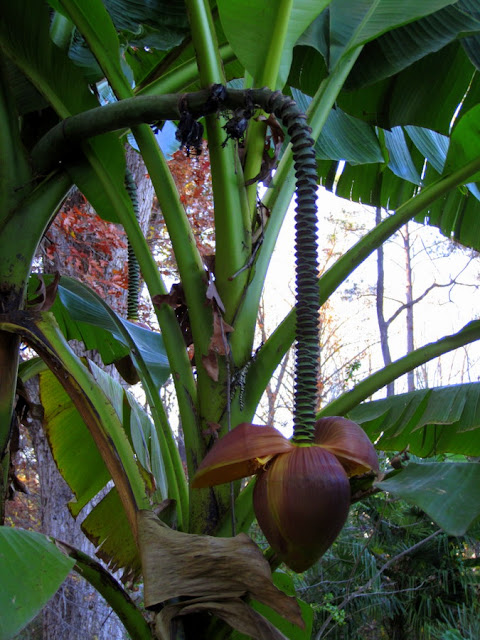 The dirt in the dig is imported from the coastline and is full of all sorts of things—shells and fossils and other little treasures. 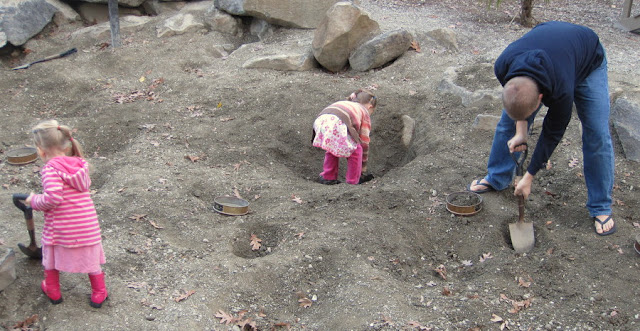 After much digging, the girls each managed to find a shell and were quite pleased with their find. I think they enjoyed the digging more than the finding since Benjamin and I weren't digging and we spotted several shells just lying around. We didn't have to dig or sift or anything. 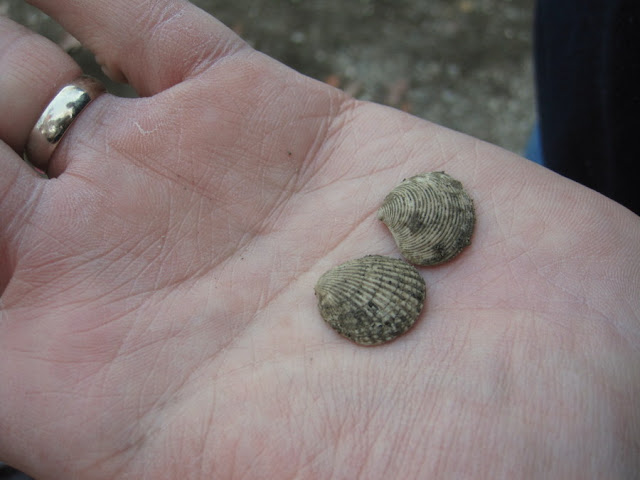 On our way out of the dinosaur walk, the toy dinosaur (the only scale replica you're allowed to climb on) was looking rather lonely so Rachel paid it a visit (children were thronging it on our way in so we bypassed it, more or less). 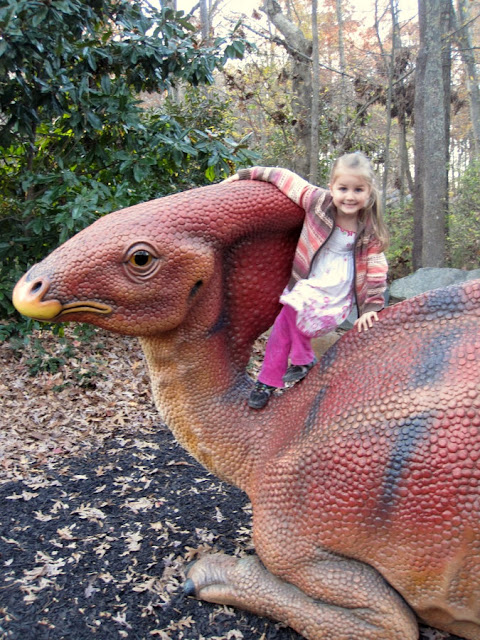 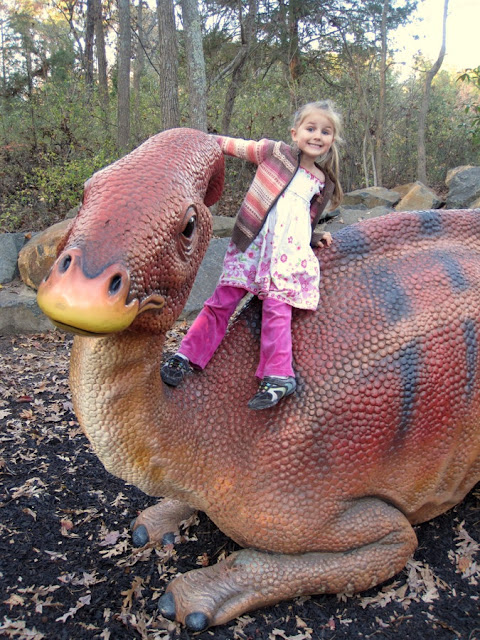 By the time we were finished with the dinosaurs both Miriam and Andrew were ready to call it quits, but I wanted to do Exploring the Wild because it's my favourite part. I love the boardwalk and the trees and the pond. It's beautiful. 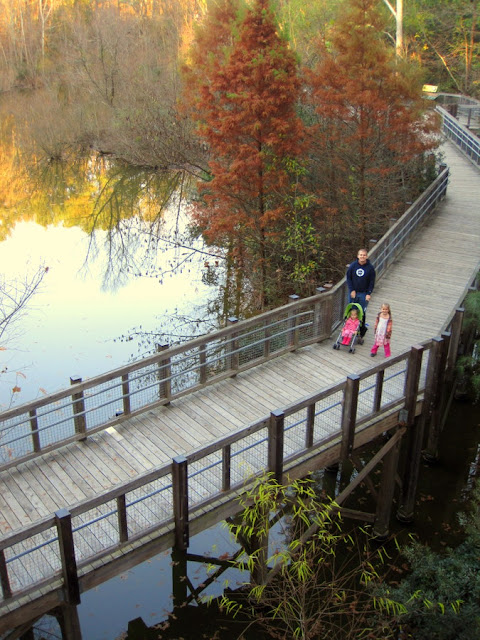 Sometime between our last visit and this visit the museum had installed these cool cameras hooked up to computers so that you can zoom in on the animals and watch them do what it is they do. Rachel zoomed right inside the bear's den (the camera itself is outside on a pole, but the computer can swivel it and make it zoom in (and it has a fantastic zoom)). 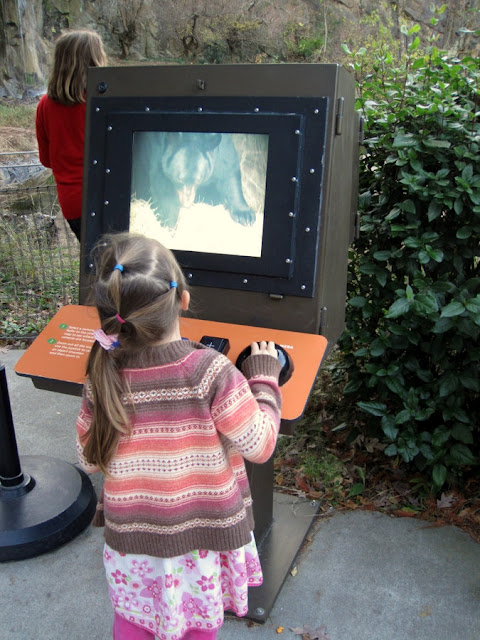 There was another camera by the wolf habitat but we didn't even need to use it to find the wolves, who were wandering around much closer to the fence than they were the last time. 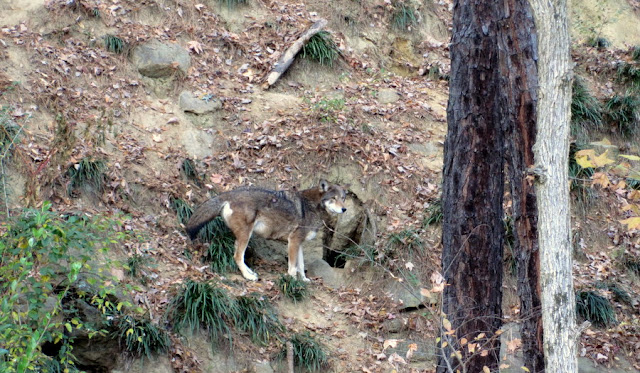 The lemurs had gone inside for the day since they don't like "cold" weather (anything below 60 degrees Fahrenheit and they stay inside—apparently Madagascar is warmer than North Carolina). We did get to see the Red Ruffed Lemurs, though. They were also inside, but they have a window. 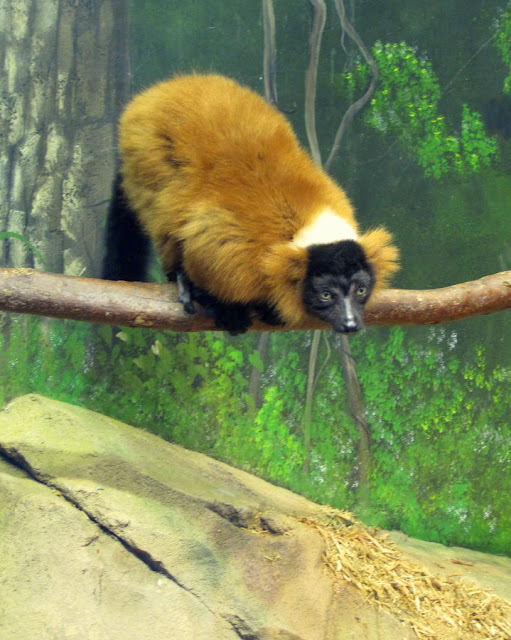 I don't know precisely why they have lemurs, except that they're on loan from the Duke Lemur Center. Why Duke has a Lemur Center is beyond me. They "study and care for lemurs," which is great...but also kind of random. 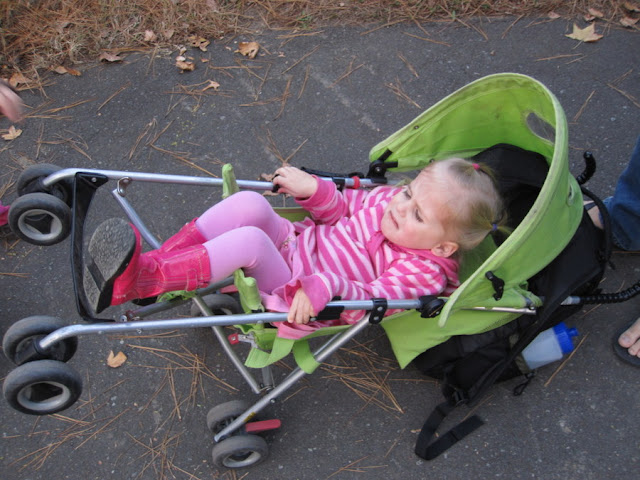 By the time we'd finished with Exploring the Wild, Miriam, Andrew, Benjamin, and I were all ready to go home. Rachel was not. So she and I (and Benjamin, of course) ran ahead and Rachel played on the play equipment while Andrew and Miriam caught up. It didn't take them very long to do which was disappointing for Rachel, but I assured her we'd be heading back to the Life and Science Museum in the future. 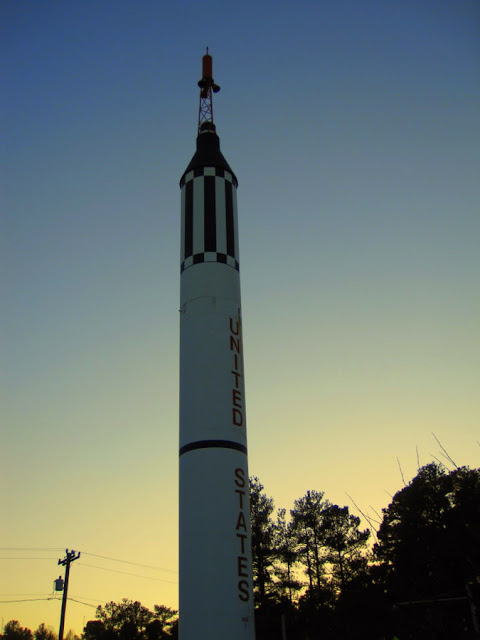 The sun was setting as we were walking back to the car. It was a long, fun-filled afternoon!
Posted by Nancy at 11:22 PM