The Park, in pictures

If you shove a blanket and a front carrier in the swing with Benjamin he's big enough to swing by himself! 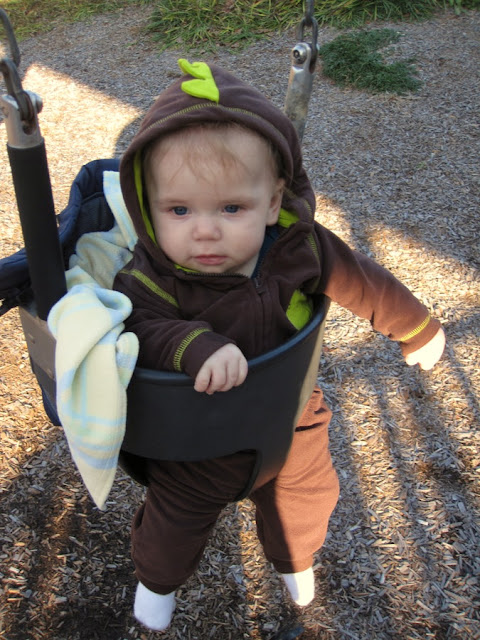 Miriam thought it was awesome that they were swinging together. 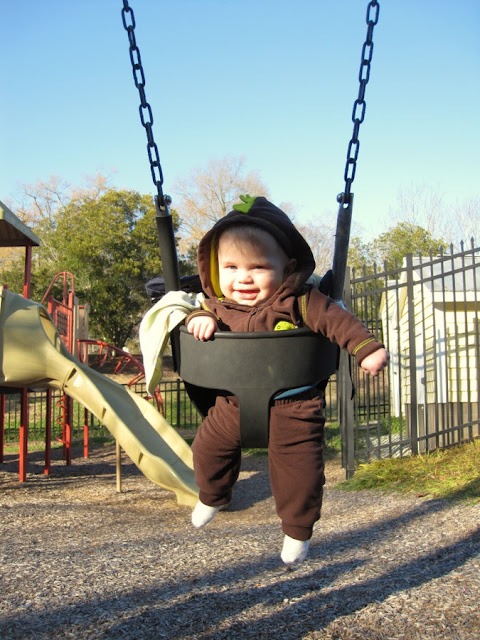 Miriam, on the other hand, did. 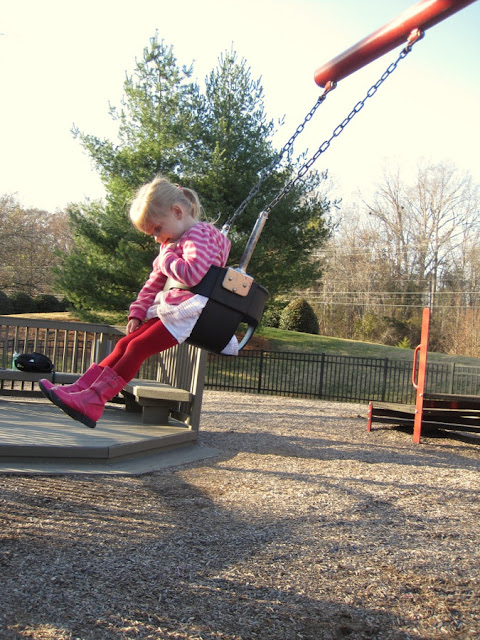 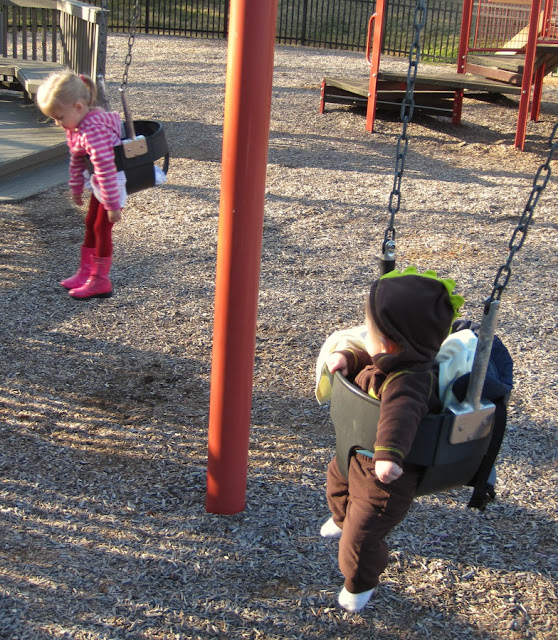 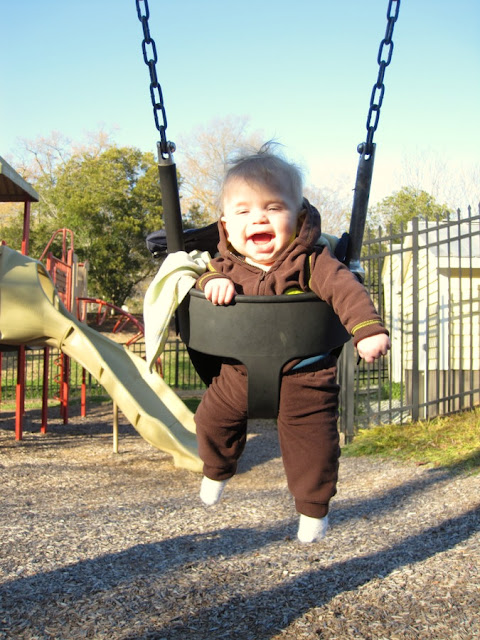 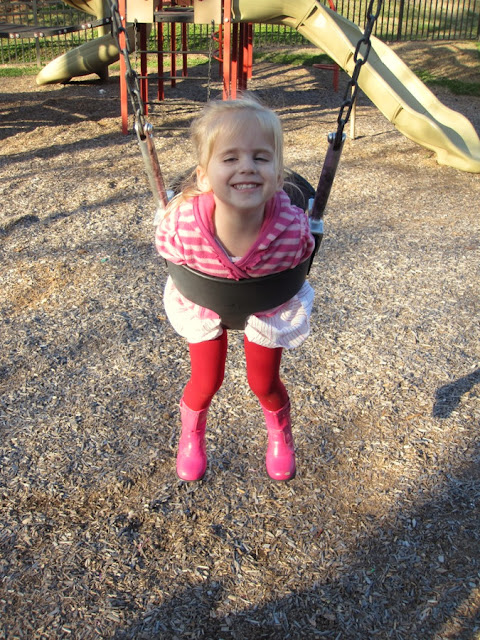 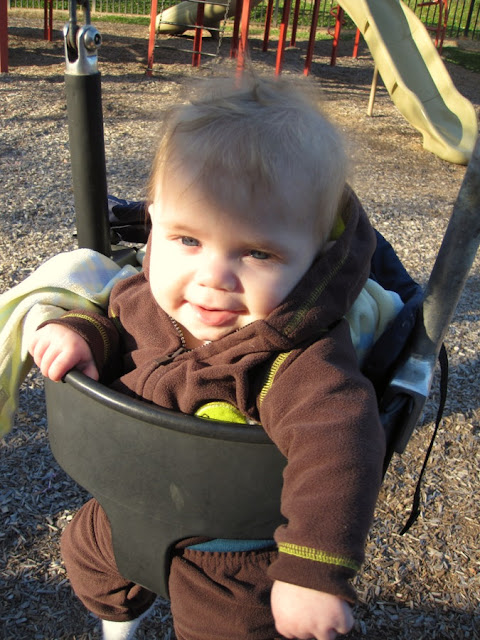 I don't think Miriam ever gets bored of swinging. 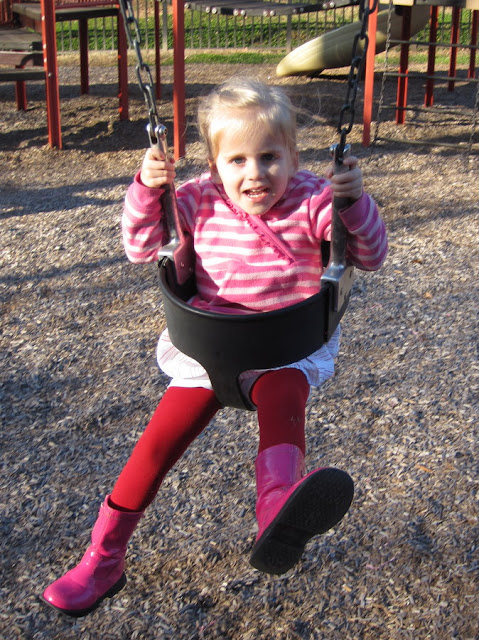 Benjamin does. Fortunately, he has other ways to entertain himself. 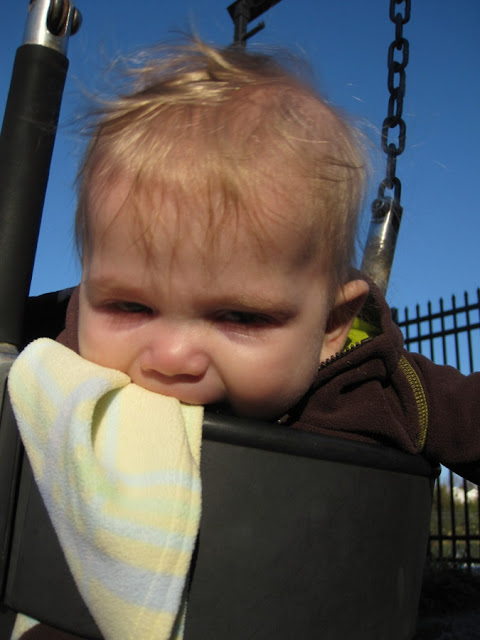 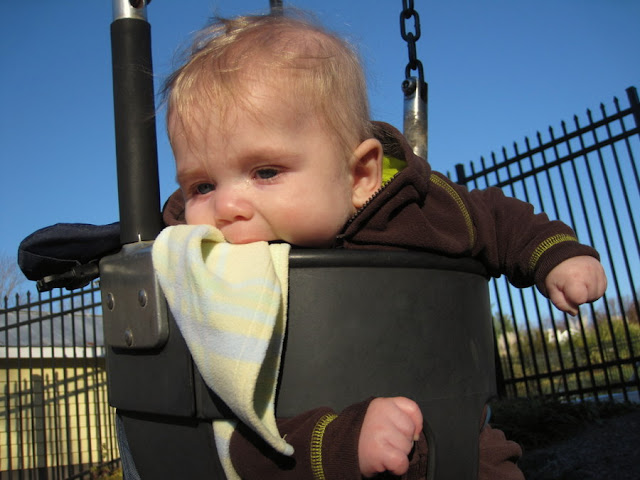 Eventually we moved onto the slides. 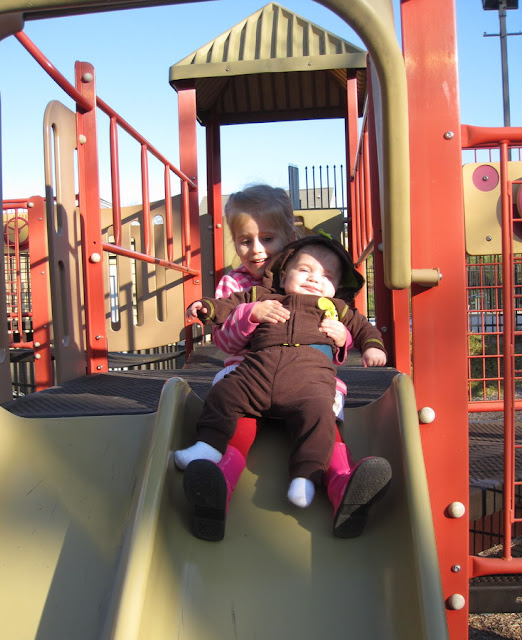 Miriam has this awful habit of saying that she wants to hold Benjamin on her lap down the slide (Rachel does it just fine) but then she'll push him off her lap and down the slide by himself. It's slightly terrifying. So we changed the way Miriam goes down the slide "with" Benjamin. Now she's in charge of sending him down. That way we're both on the same page—because Benjamin really needs a catcher at the bottom of the slide at this stage of his life. 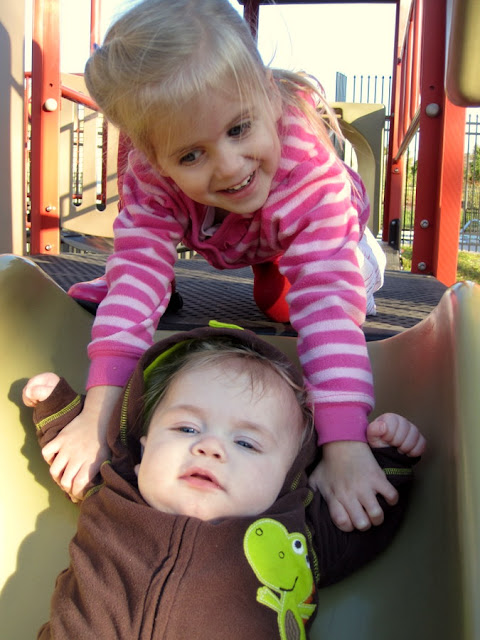 This only looks like they went down at the same time. In reality Benjamin's just chilling at the bottom waiting to be picked up; Miriam slid down to join him after sending him down for me to catch. 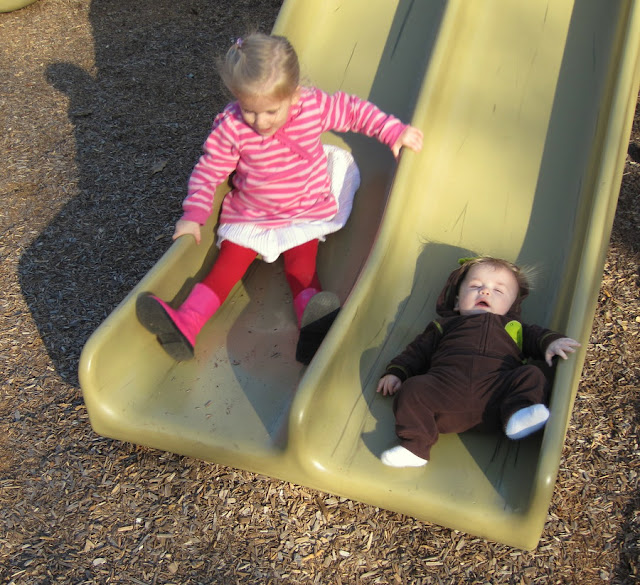 Benjamin is not sure what to think about slides. 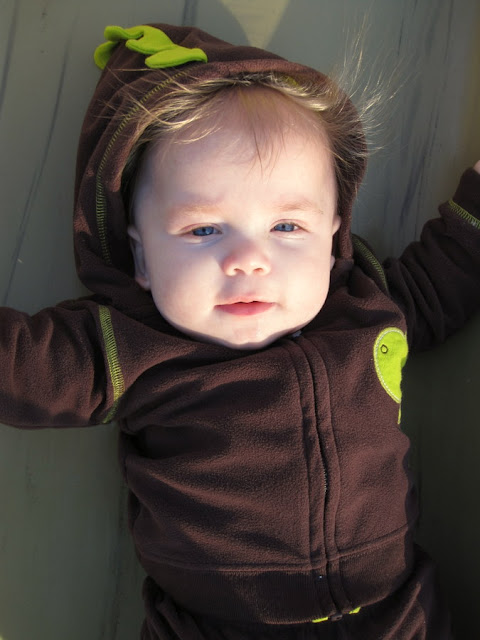 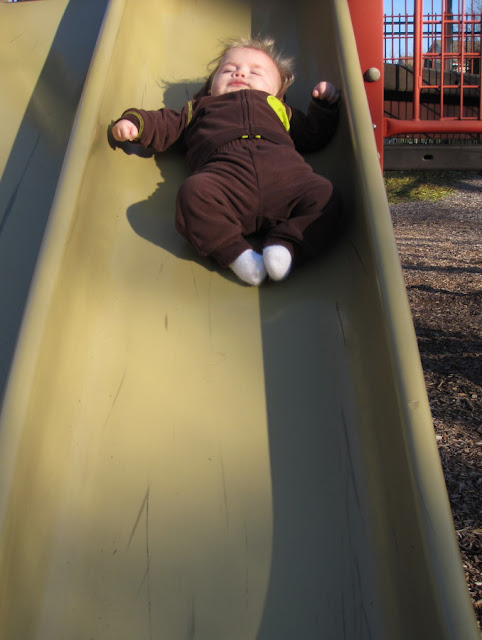 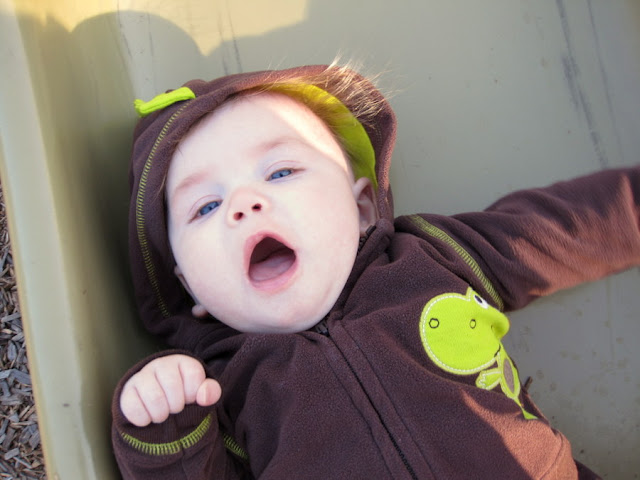 Miriam wanted to try the big girl swing, but only for a minute. 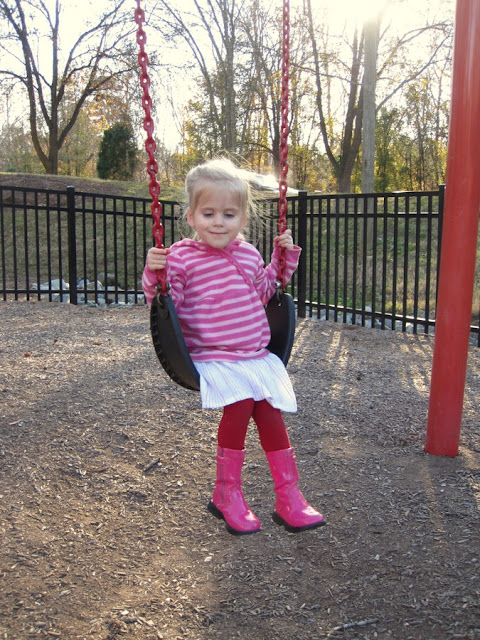 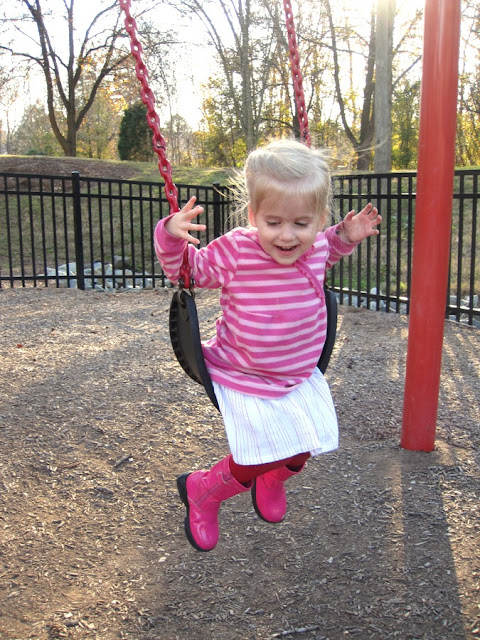 Then we made a "whole-family train" and went down the twisty slide together. 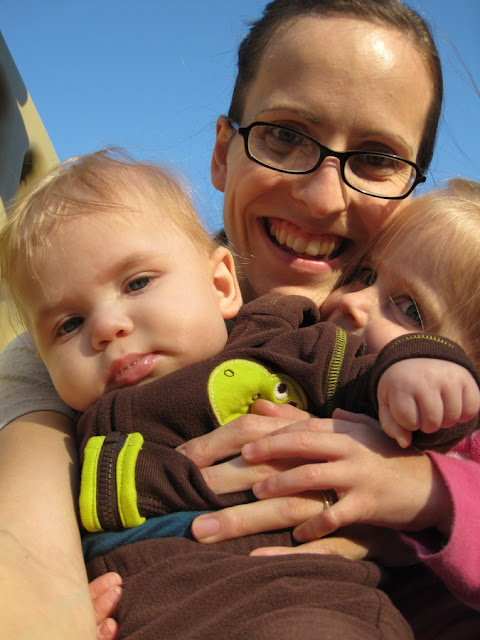 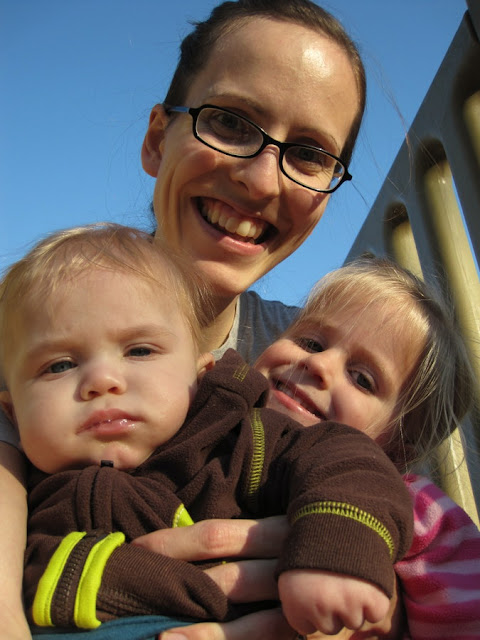 Miriam then went down several times by herself while Benjamin and I watched. It was more fun for her this way because the whole-family train moves very slowly down the slide since I can't bend my legs with two children sitting on them and my length makes it difficult to take the curves. 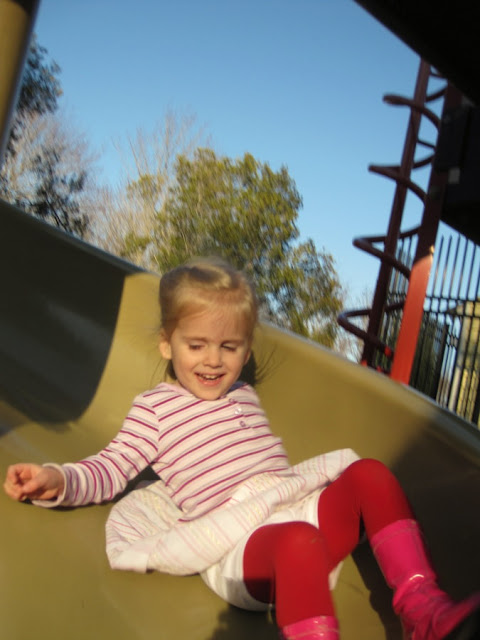 Miriam decided that bridges are actually fun, not scary. This is a brand-new development. She discovered racing across bridges and jumping on bridges and doing all sorts of things! 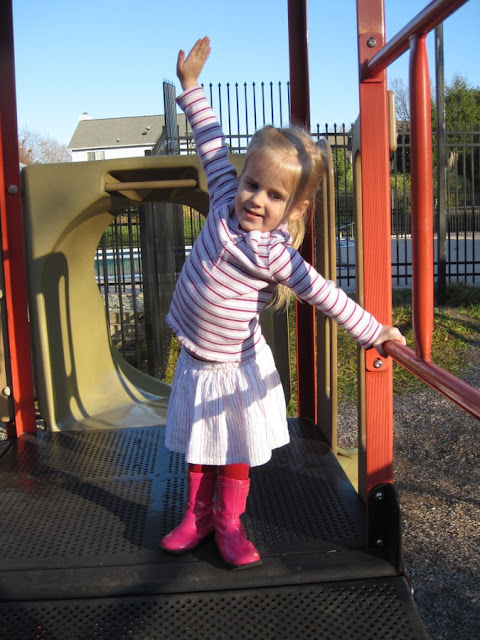 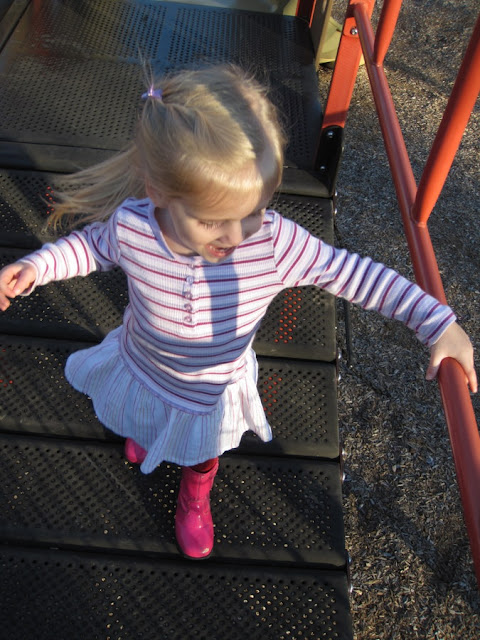 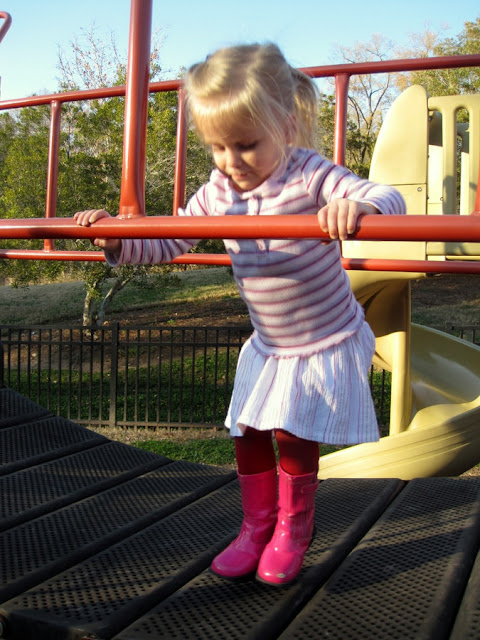 She told Benjamin to "try it! It's not scary!" So he tried it. 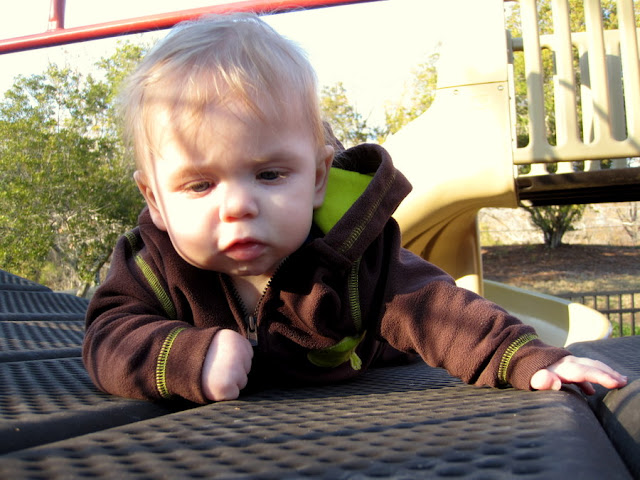 He really liked the holes. 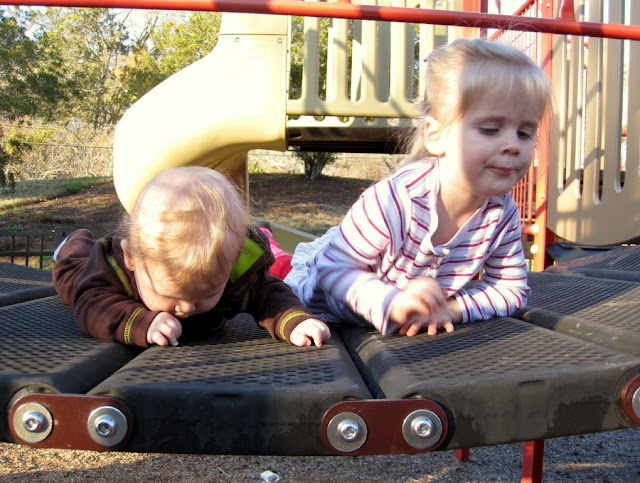 So she got up and walked away. 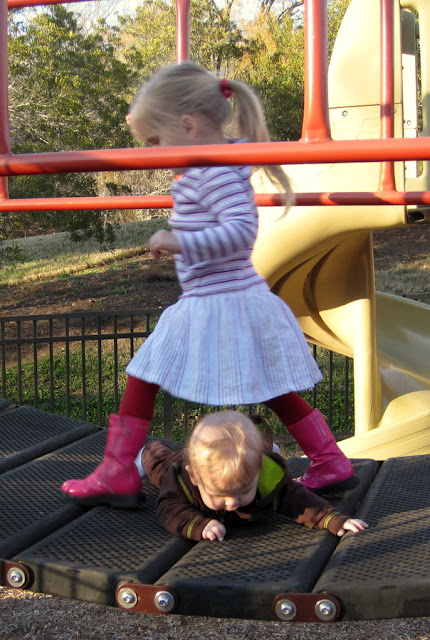 It was nice to get some wiggles out before Rachel came home from school. It was also nice to enjoy our 60+ degree weather—it's pretty nice!
Posted by Nancy at 12:11 AM