We've got *mmmm* ants in our pants!

Few people reading this blog will recognize that theme song. Sometimes being a not-too-foreign foreigner makes life awkward. For example, there are times when I will hum a tune of a television show (that was on the air for eleven years, mind you) and no one around me will have the foggiest idea what I'm referencing (because I'm surrounded by Americans who grew up watching American television). I imagine it's similar to how growing old feels, only I made it to that special place before my prime. 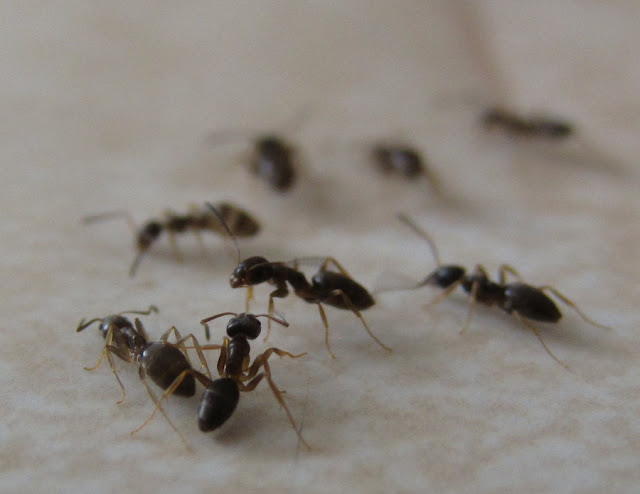 Mostly we've been spraying a lemongrass spray on the ants when they come inside the house and we're trying to keep things tidy, which is difficult to do with munchkins around—Miriam dropped her toast jam-side down yesterday and I didn't find out about it until the kitchen was swarming with ants a few hours later because she just picked up her toast and ate it without saying nary a word. But seriously, we try to keep the kitchen tidy. I scrub the counters with vinegar nearly every night and I can't even tell you how often I sweep the floors. And yet...

There always seems to be an ant or two (or couple hundred) around. 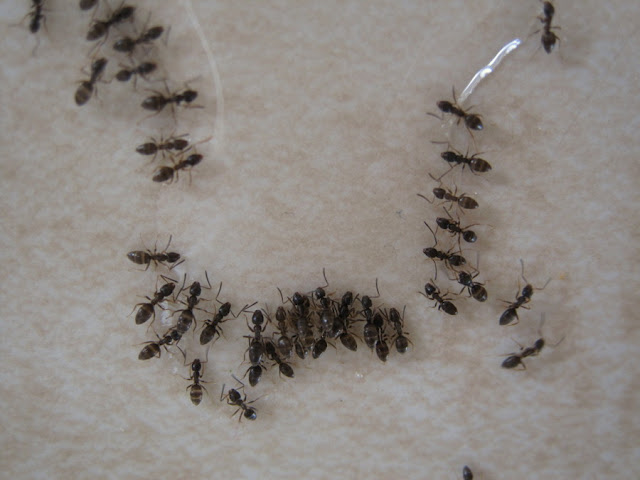 Today we pulled out the big guns and made a borax trap for the ants (lauded highly all over the internets as an effective means of eliminating ant colonies). As far as we can tell they're pharaoh ants and they're crazily annoying to get rid of. They can build a nest between two pieces of paper and often will build their colony right in your home. They often have more than one queen. If you spray their colony with ant spray, the rest will just break off and find a new place to live and establish a new queen. They're tricky little pests! So you have to take them by subterfuge!

That's where the borax traps come into play. You've heard the saying "you draw more ants with honey than with vinegar," I'm sure. The trap uses that principle.

You dissolve some borax in hot water and then mix in enough corn syrup to make the poison attractive.  The last part is the hardest part: you let it sit out while ants swarm to it, drink their fill, and then head back to the colony, carrying the poison with them. 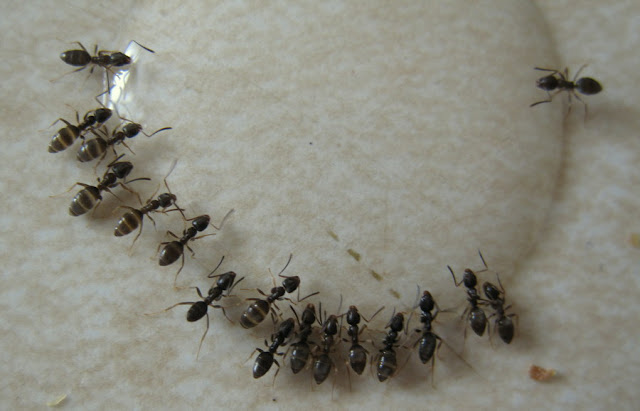 You'll want to spray them but that would defeat the whole purpose of baiting them. The idea is to kill them slowly. You need enough borax in the solution so that it will suck all the moisture out of their bodies as they digest it but not so much that it kills them on the spot—because you need them to take some home to their queen.

I am really hoping this works (Internet, I am trusting you).

The ants were fascinating to watch throughout the day.

They have accordion-style abdomens that swell as they drink their food (this kind of ant hunts for liquid food). An empty ant has a small black abdomen, a full ant has a large striped abdomen—at least, that was my observation. I have no idea if that's factual at all. It could be possible we have two different colonies swarming our kitchen (pharaoh ants are friendly to neighbouring colonies so they won't go to war over food sources or anything like that). 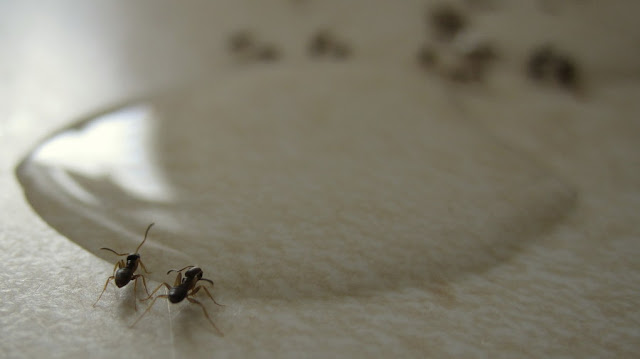 So far they haven't been much of a problem—they just like to find all the little spills around the kitchen that I don't.

In Egypt the ants were nasty little creatures—they ate through every kind of packaging to get at any kind of food: aluminum-lined juice boxes, tupperware containers, everything. And they bit or stung or something and it was painful. We were forever defending our territory!

I asked a friend how they battle the ants here and she shrugged her shoulders and sighed, "We don't. We peacefully coexist."

I'm not jaded enough to give up the fight yet. 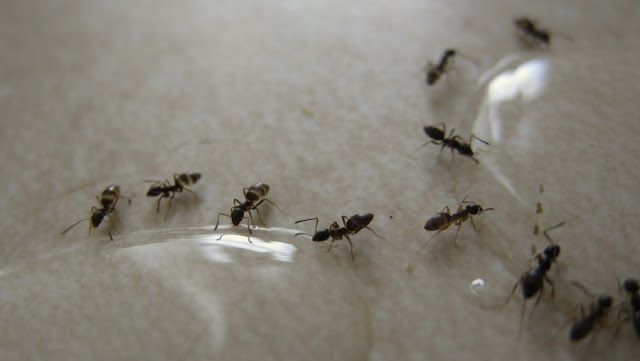 PS. Our ants aren't this big. They're tiny. I was just having fun with the macro function on our camera. Too much fun, really (I took dozens of pictures)
Posted by Nancy at 10:57 PM