Benjamin insured that bath time was eminent by smearing dinner all over his face (carrot/lentil soup). 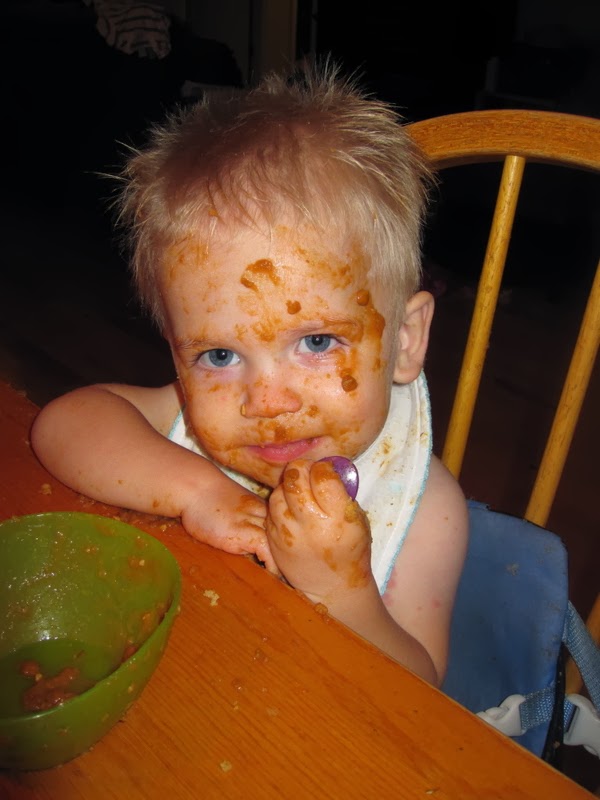 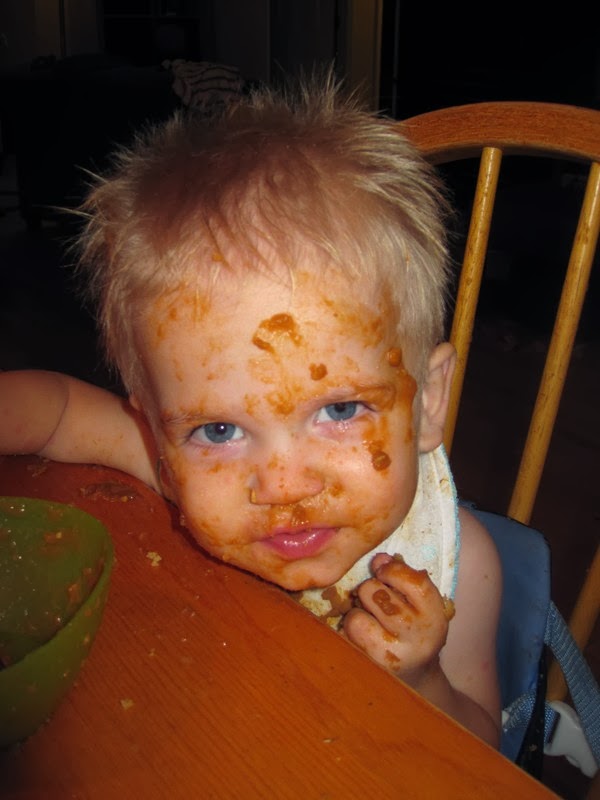 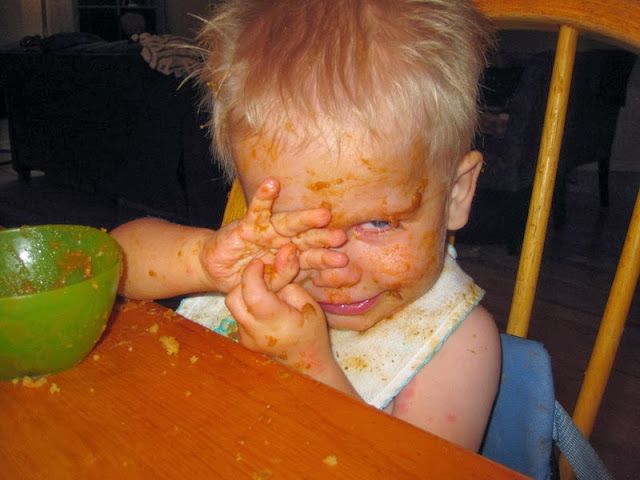 After dinner we blended up some oatmeal and added the powder to his bathwater (though a friend suggested putting the oatmeal in a sock—that would probably work even better). He gets the tub to himself so rarely; he seemed to really enjoy splashing around on his own.

Believe it or not, this is a happy face: 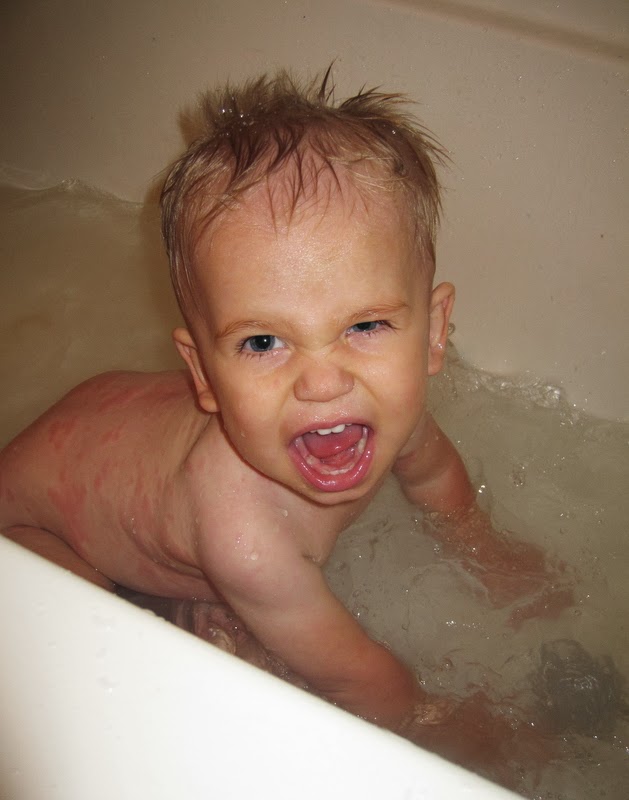 The swelling of his hives had noticeably gone down after his bath, so I guess oatmeal baths are kind of magical. His hives are still pretty bad, though. When Rachel saw him wandering around the house shirtless (which is his favourite way to be the past couple of days in particular) she exclaimed, "Look at his back-spine!"

We had story time and scriptures and prayer before heading outside to look for rockets. Unfortunately, it was partly cloudy and though we heard the rocket we did not see it. Our friend Diego (and his mom) joined us to look for it, which was fun!

Benjamin was in bed before ten o'clock (which was kind of a miracle, considering how late he's been staying up lately) but we woke him up about a half hour ago to give him a dose of Benadryl (after calling a pharmacy to check the dosage). Hopefully things will clear up soon!
Posted by Nancy at 11:59 PM