It is wet and the sun is not sunny

Instead of staining the deck or going to soccer practice today we did rainy-day stuff. It was really coming down for a while and the kids wanted to go outside to splash in the puddles. All three of them were out there for about thirty seconds before Miriam got water inside her boots so retreated back into the house to hang out with Grandma. 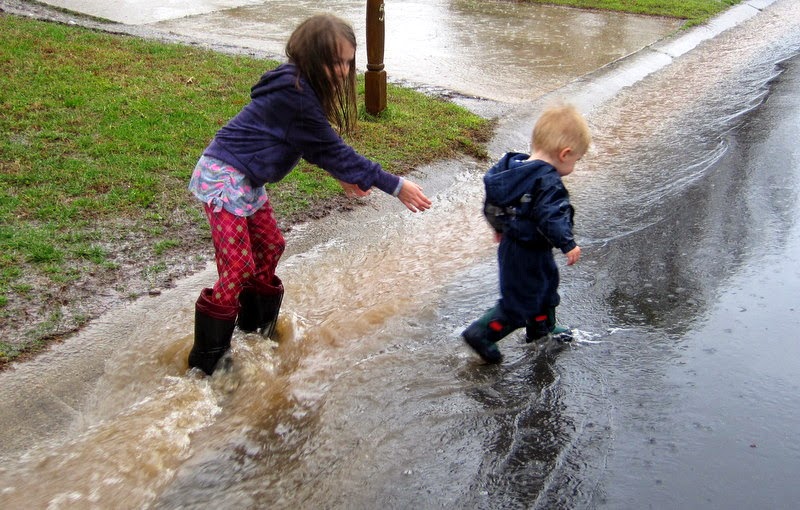 Rachel and Benjamin were out there for a long time. They both got soaked to the bone. 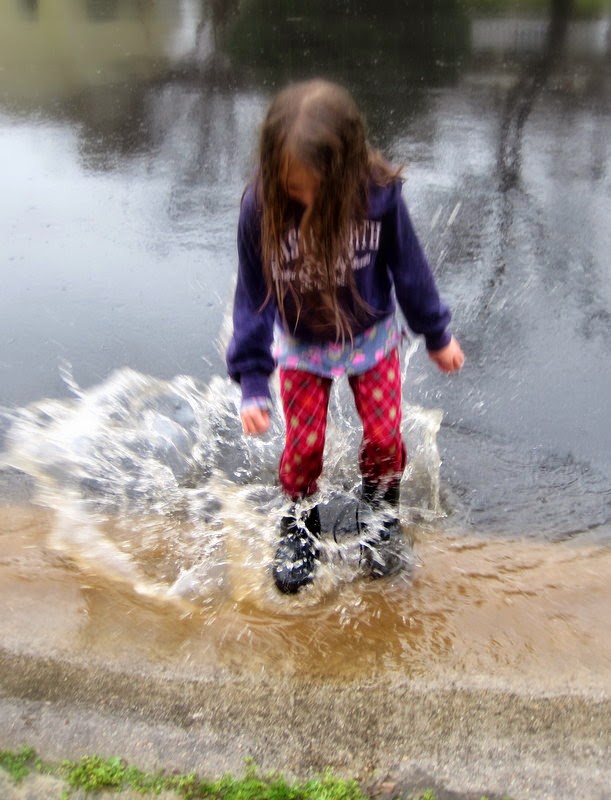 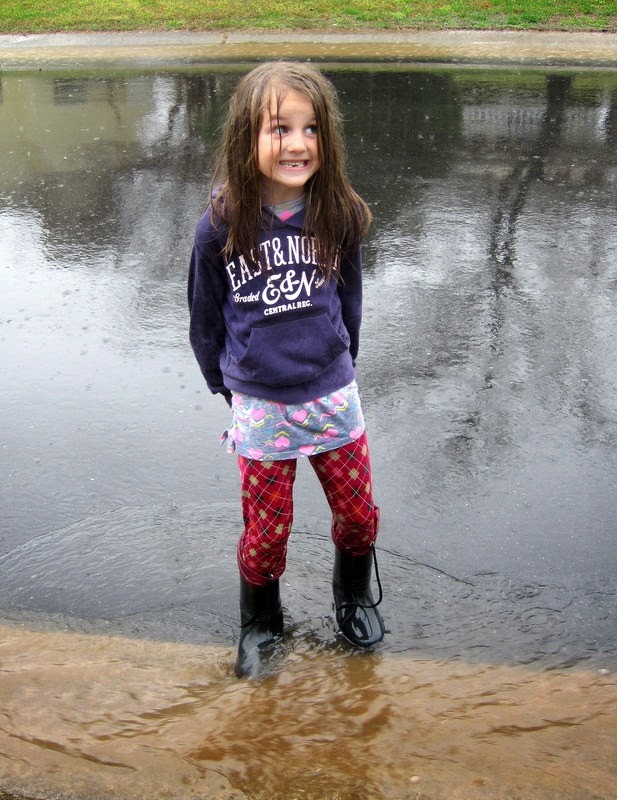 Rachel was concerned about Benjamin playing on this side of the street (the side where the driveways all slope down, which means their gutter gets more rainwater—our yard slopes down to the creek in the back) because "the current is so strong!" but he insisted on joining her, anyway. 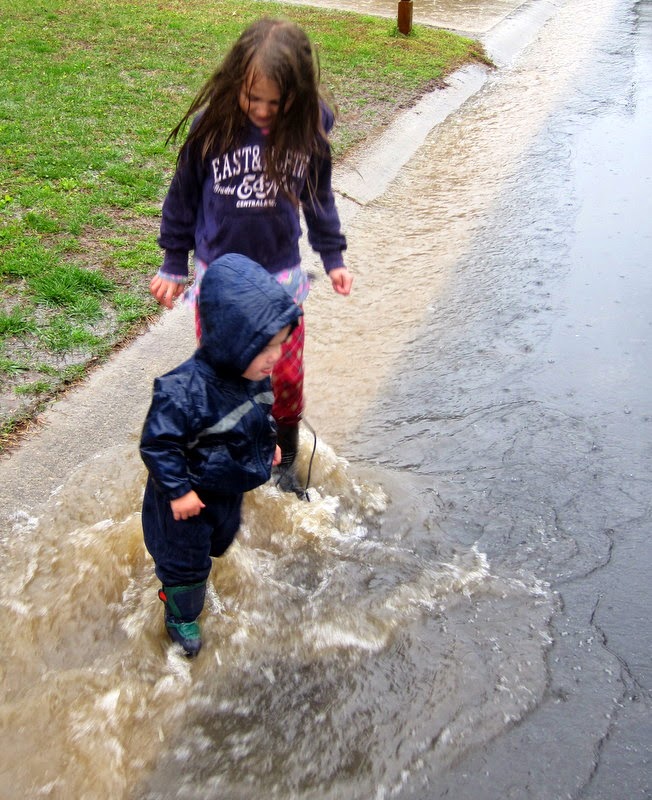 The current was so strong that it took quite a bit of effort for him to remain upright (see his little tongue sticking out) and eventually the water got the better of him and knocked him off his feet. 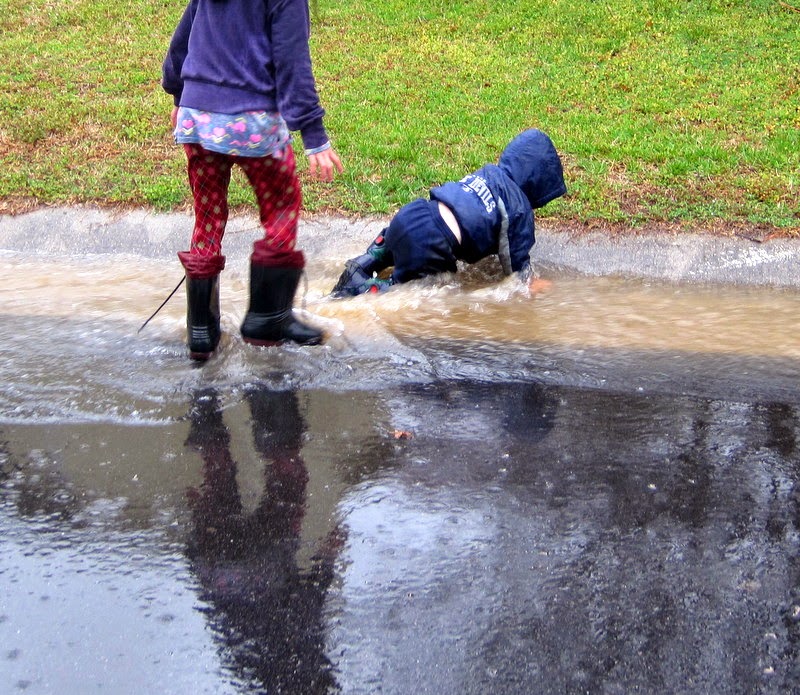 He wasn't too happy about it and cried as he trudged toward the house...until he saw a nice big mud puddle by the front door. That put a smile on his face once again! 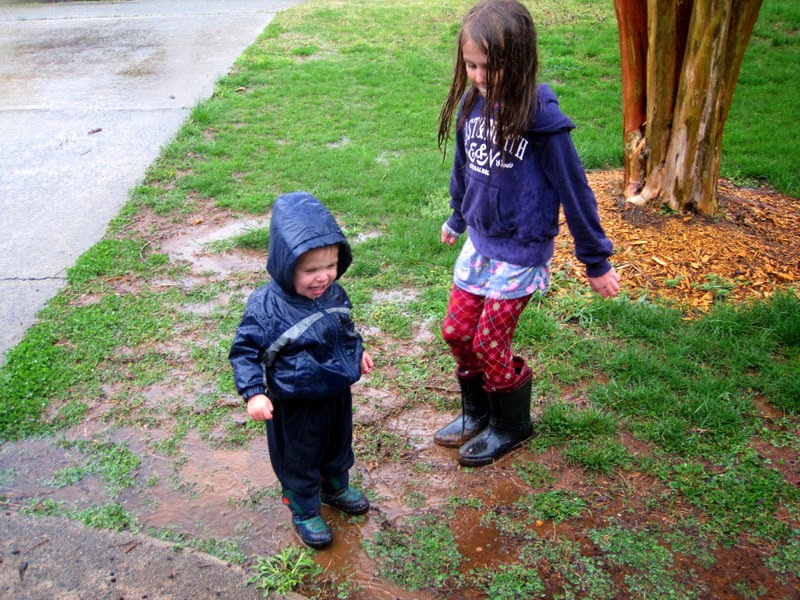 He decided to stay outside and play a little longer. 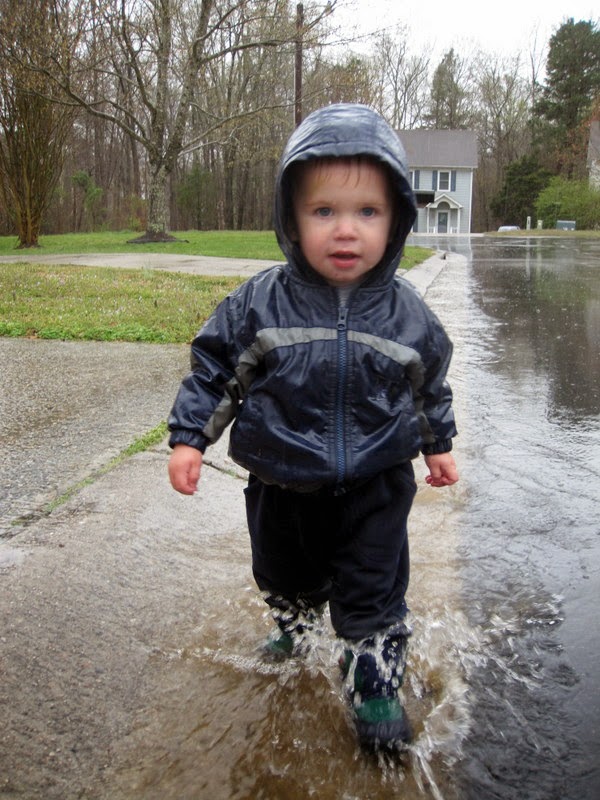 Rachel's boots eventually filled up with water and the liner got soaked so she decided to ditch her boots. She found splashing in bare feet to be a little too cold. 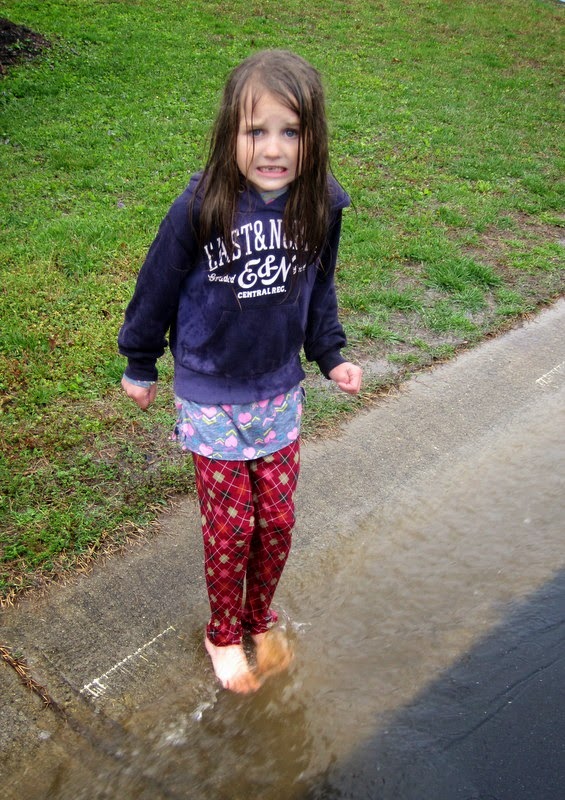 So she switched to bare feet inside clogs. Because apparently that's warmer. 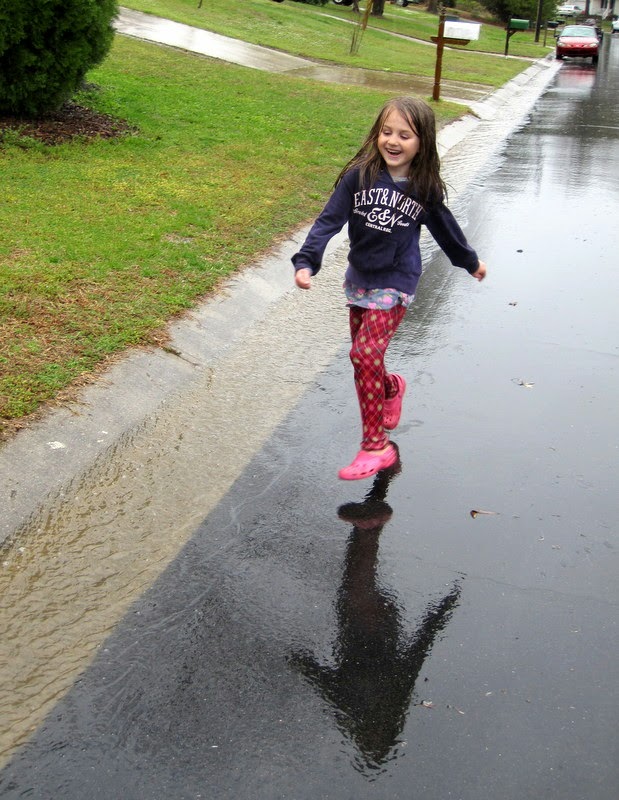 Benjamin's boots will probably take weeks to dry out again (although if we get some hot days perhaps they'll dry out a little faster). 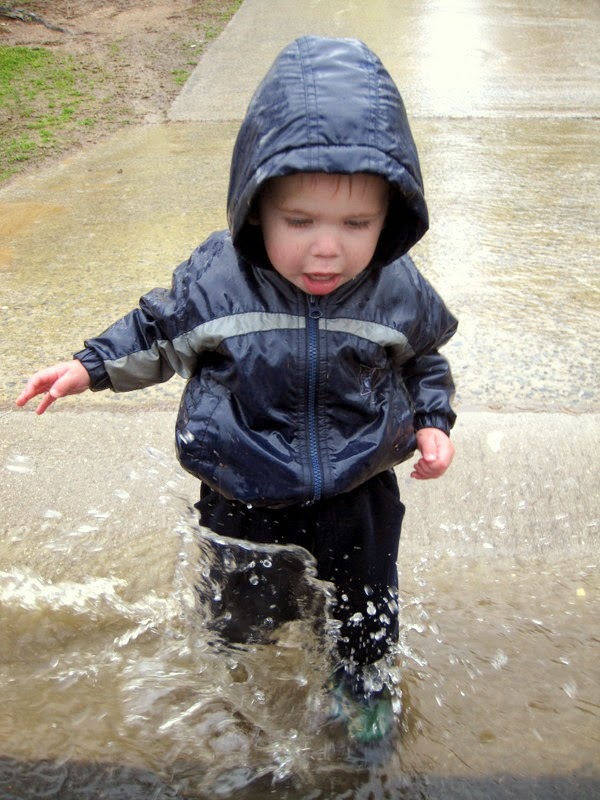