Rachel got brave enough to finally touch a froglet today. She noticed that our tadpole population is dwindling and that her opportunity is running out, so she asked me to fish one out for her to hold.

This is the face she made when I put it in her hand: 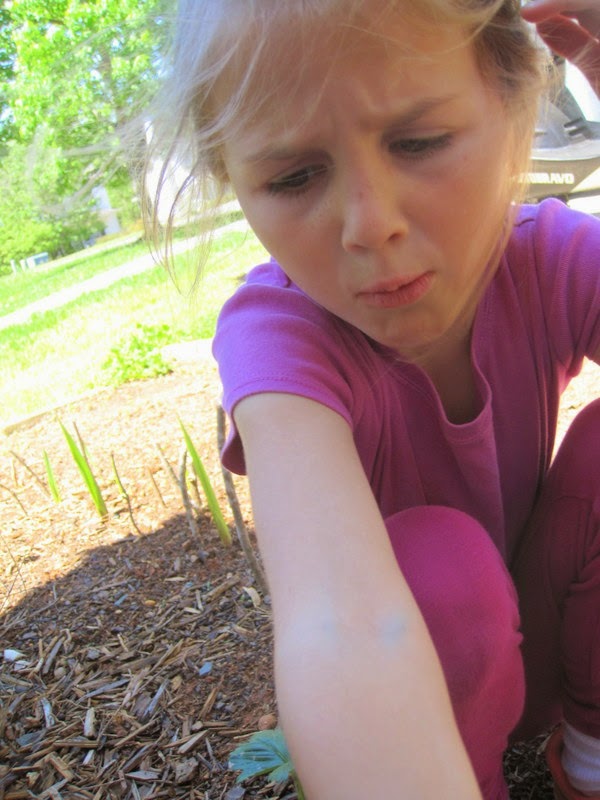 If I'm not mistaken that's the very same face she makes when she's trying to not throw up. 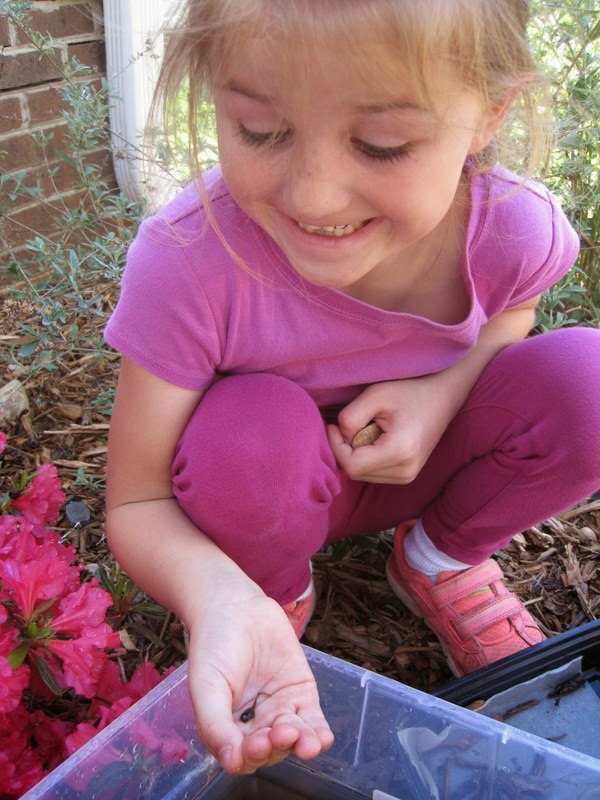 "Now put it up closer to your face," I said.

But she kept a watchful eye on it—because you never know when a tiny tadpole's going to fly into attack mode. 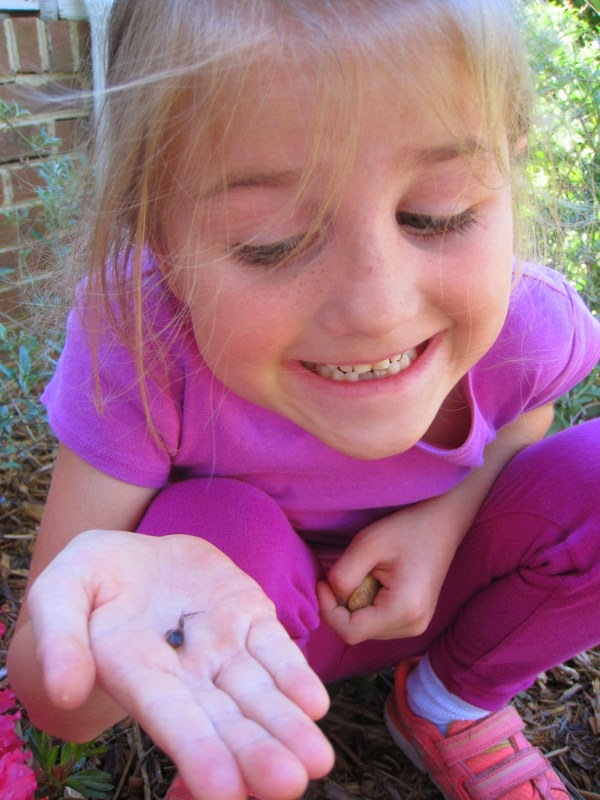 I'm not actually sure what to do with this one. It has two fully developed back legs and one fully developed forelimb with no hint of a second one. I guess we'll wait and see what happens. It's probably going to die at some point, that's my guess.

So far we've released about eight froglets. I've retrieved four dead froglets from the bottom of the tank. There are, perhaps, ten tadpoles waiting for their front legs. Soon we'll have no tadpoles to care for at all and my days of boiling lettuce will be over—until next time.

Rachel wants to do this for the science fair next year. She signed up for the science fair this year but couldn't find a project she was passionate about. Next year, though, she's going to make up a poster board about raising tadpoles/the lifecycle of a frog because she (and I) learned a lot about that this past month!

(Oh, and that red eft we found yesterday? We should have just kept it in that sour cream container because guess what we found smashed in the middle of our street today? A red eft.)
Posted by Nancy at 11:27 PM