Yesterday Rachel remarked on how much algae the tadpoles had eaten, and indeed they seemed to have basically cleared out their tank. So it seems they finally hit the algae-eating stage. Rachel and I went on a walk to collect some more algae for them to eat.

It seems like they've nearly doubled in size once again. Their tails seem to be about 1 cm long and are plumping up nicely. They're getting rather difficult to measure since they no longer cling to the side of the tank vertically. Instead they swim around hunting algae and hiding under leaves. I had to measure this one by holding the ruler above the surface of the water—it seemed to be eating some algae-like substance that's growing on the side of the tank. 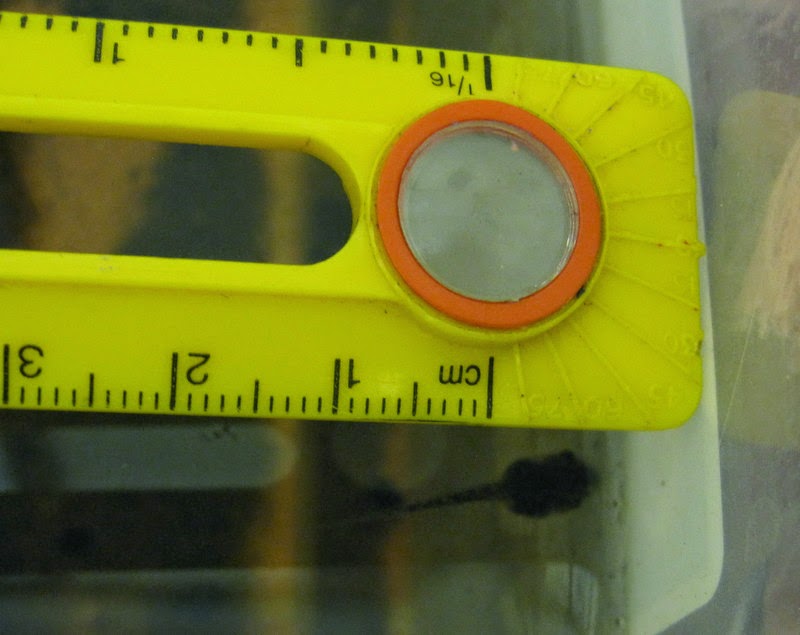 When I commented on how big their tails are getting Andrew said, "I thought they were supposed to be getting smaller. Don't they reabsorb them or something?"

They do. After they get their legs and arms. Our tadpoles are still limbless so they're doing as much eating as they can so they can store all the energy they'll need for metamorphasizing. I read somewhere once that they fast while their mouth is changing shape. 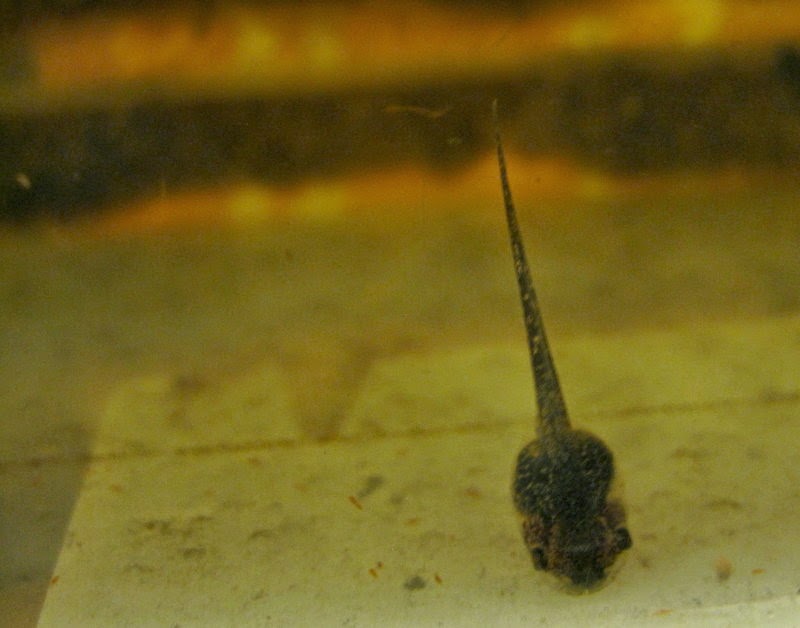 Anyway, those are our tadpoles. Three weeks and they're still alive. Evidently I'm better at keeping tadpoles than at goldfish...
Posted by Nancy at 11:57 PM