Sometime in this busy week our tadpoles sprouted legs! We just noticed them this evening. I'm not sure the littler ones have them yet but the bigger ones certainly do. For some reason I thought the legs would be bigger but they're just little tiny things sticking out behind them. 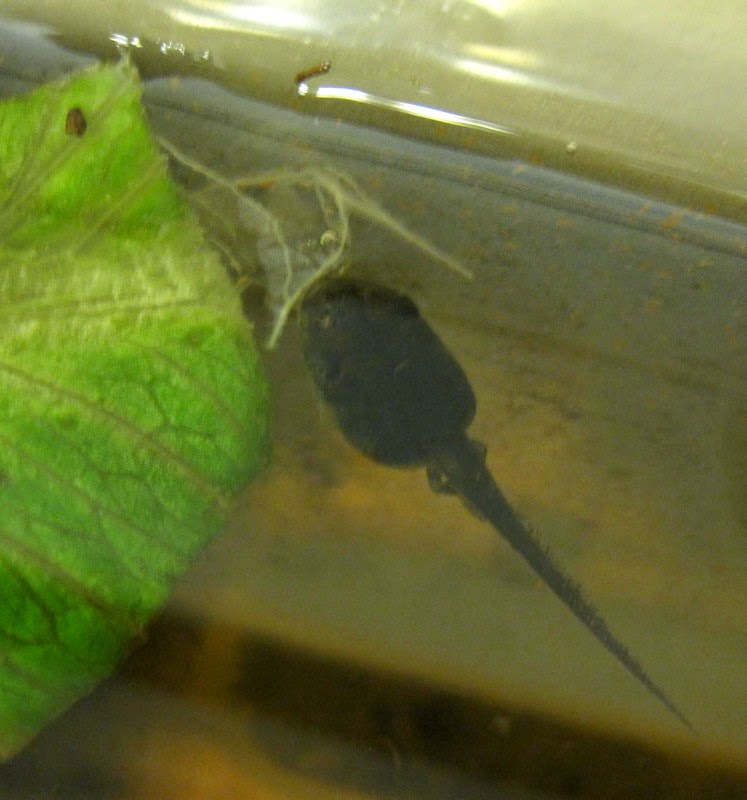 Our nearest algae source was cleared out with last week's big storm. I'm sure the water will gunk up again but until then our tadpoles have been enjoying boiled lettuce. It needs to be boiled to soften it up. Most websites recommend boiling it for 10–15 minutes and then chopping it up into small pieces. I just throw it in a mug with some water and microwave it for a minute or so. They seem to like it just fine that way. 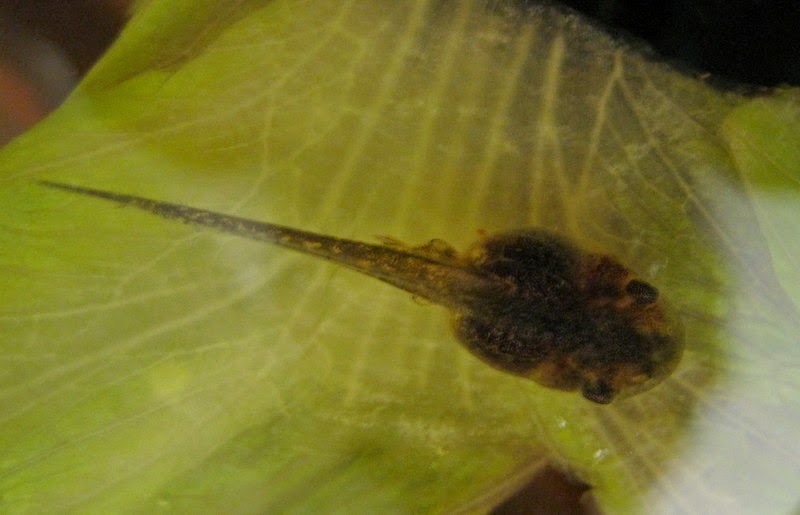 They're like miniature vegetarian piranhas—they gather around the lettuce leaf and nibble at it until they strip all the "meat" from the "bones," leaving only the veins of the lettuce to float creepily through the water.

Getting measurements is increasingly difficult. Rulers make them skittish, apparently.

Perhaps I'll have Rachel help me measure them tomorrow.

Counting them is tricky, too—counting also makes them skittish, evidently (I'm beginning to think tadpoles are simply skittish creatures)—but my highest count is approximately 16, which means we have about half as many as we had before...so unless they're just really good hiders I think they might have eaten each other without leaving any evidence.

But sixteen tadpoles is still plenty.
Posted by Nancy at 10:27 PM