So, I promised Benjamin that I would read in his bedroom while he falls asleep. But that's only because he's been screaming his guts out for over an hour and I can't stand it anymore (I stopped being able to stand it a long time ago, truthfully) so a deal had to be reached (he's patiently not crying while he waits for me).

When I walked to his room to make the deal, though, Miriam waved me over to her bed. She was reading some Fancy Nancy books but quickly pulled out her notebook to show me her writing.

I am not kidding when I say that everything this child does is magically adorable. Because avcors it is! 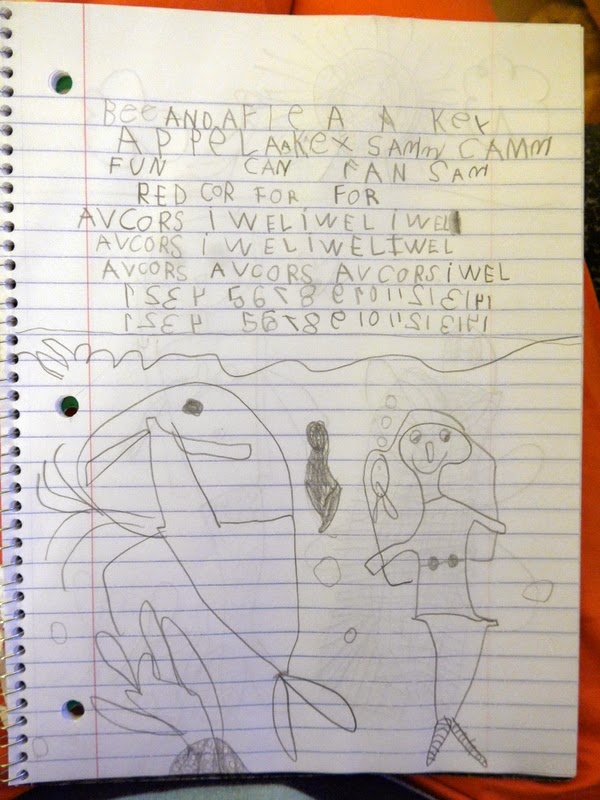 I showed it to Andrew and he was like, "What?"

It's like a crazy secret code of pure bliss. I should have been a kindergarten teacher. Except that, uh, screaming children drive me crazy so I'd much prefer to spend my day with three of them rather than thirty.
Posted by Nancy at 9:54 PM