I'm a Mormon. My husband is Mormon. Our children are...wait for it...Mormons!

For our summer vacation we're doing a church history tour in Upstate (Western?) New York. Things are about to get pretty Mormon-y on the blog. Consider yourself duly warned. And, by all means, enjoy!

Before embarking on our journey I combed through my family tree to see if I had any relatives from New York. I know that I say that I feel rather Canadian but the truth is that my roots are very American. I've got them all: Pilgrim Americans, Americans-for-generations, moonshiners from the deep south, abolitionists from the north. I come from good (and sometimes not-so-good) American stock.

But I'm also a third-generation Canadian, so I'm totally justified in feeling Canadian since Andrew is only a third generation American (on one side) and he feels pretty American.

Anyway, I dug up some ancestors from the area. Naturally. This time on the Conrad side.

The ancestor I found was Joshua Conrad, who was born in Pennsylvania in 1775 and died in Waterloo (which is a village within Fayette (I think?)) in 1828. He had a son named Charles Ferdinand Conrad who, along with his wife, Sarah Adams Bitely, was our first ancestor (on that side) to join the church (though I believe they joined in Michigan...). Charles Ferdinand Conrad is my third-great-grandfather.

He had a sister named Sarah Heller Conrad and she is the ancestor of interest here (though, I mean, I am grateful to Charles Ferdinand for joining the church, even though he later left the church. His wife Sarah eventually travelled to Utah without him and it seems her children came with her because my Conrad line continues in Utah (for a while)).

Our first stop in our church history tour (and last stop of the day before finally getting to Palmyra yesterday) was the Peter Whitmer Farm in Fayette. 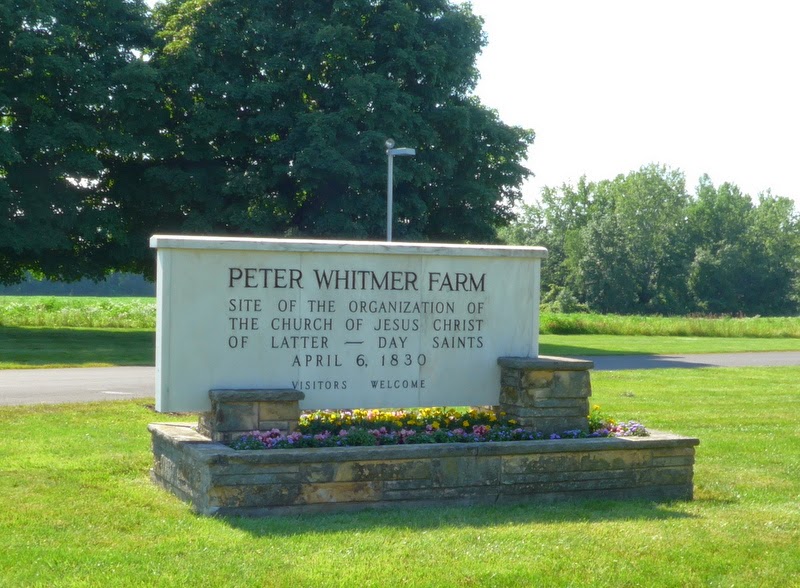 This is where Joseph Smith Jr. and Oliver Cowdery worked on translating the Golden Plates. It's also where the church was established on April 6, 1830. There's a chapel there that doubles as a visitor's center during peak tourist season (like during the pageant...right now). I think it would be neat, though, to attend church every week at the very same spot the church was first established.

Anyway, this is a replica of the Whitmer home (built on the original foundation with wood salvaged from another building of the same time period that a farmer wanted off his land): 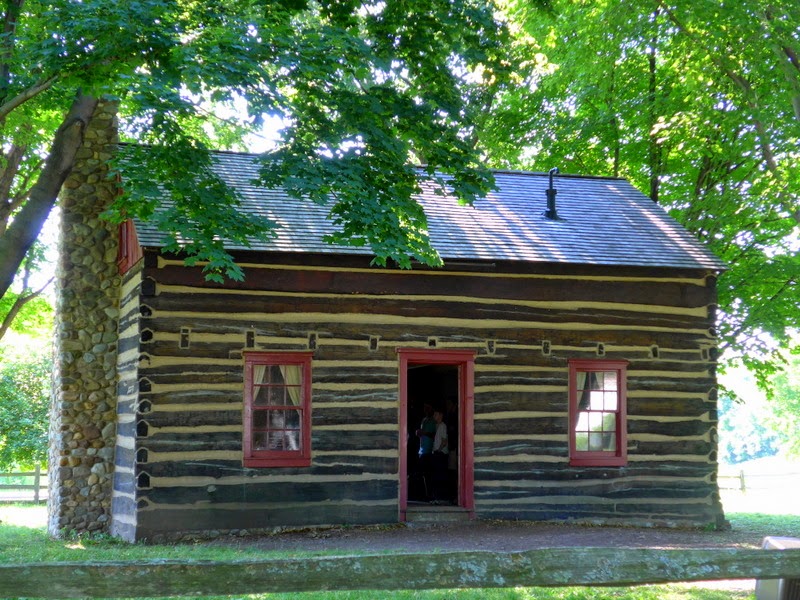 It's pretty tiny. There were about ten people staying at the house at any given time during the translation of the plates. Joseph Smith Jr. and Oliver Cowdery would use one of the rooms up in the attic, where they would stay working all day long. 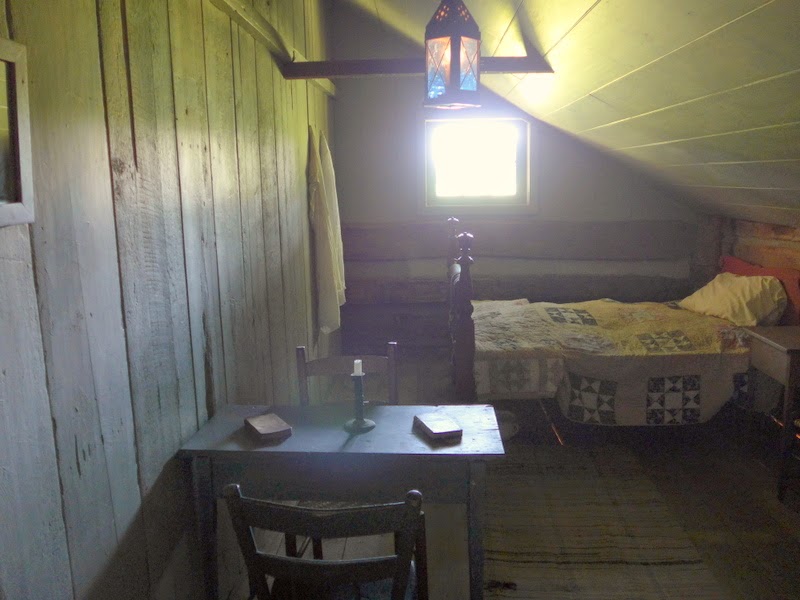 Andrew put a picture of our family in front of the Whitmer home up on Facebook, which stemmed a conversation among my Conrad relations about our connection to the house. 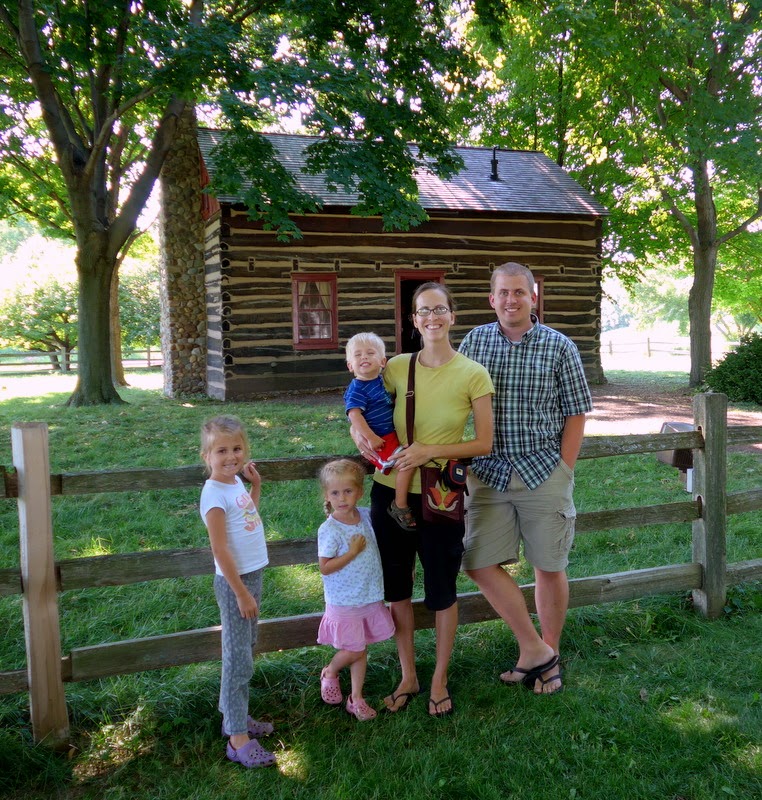 Eventually the name Sally was dropped, which was enough to go on because Sally is apparently a nickname for Sarah. I honestly did not know this before yesterday. That's how I found Charles Ferdinand's sister Sarah (Sallie) Helen Conrad Bunnell.

When she was nineteen years old—and during the time Joseph Smith Jr. was translating the Book of Mormon—Sallie was a maid in the Whitmer house (and was also, apparently, the niece of Peter Whitmer's wife...though I've been unable to verify that on my family tree).

Anyway, I think it's pretty cool that she was there for the translation! She remembers Joseph Smith and Oliver Cowdery looking radiant, like angels, when they'd finished working for the day.

Sallie was married in the Whitmer house as well and soon after her marriage she and her husband, David Edwin Bunnell, were baptized into the church. They, "like other pioneers of their day, followed their prophet, Joseph Smith, from state to state to escape persecution," eventually ending up settling in downtown Provo.

So, that's our Conrad connection to the home of Peter Whitmer.

And here is the downstairs of the house: 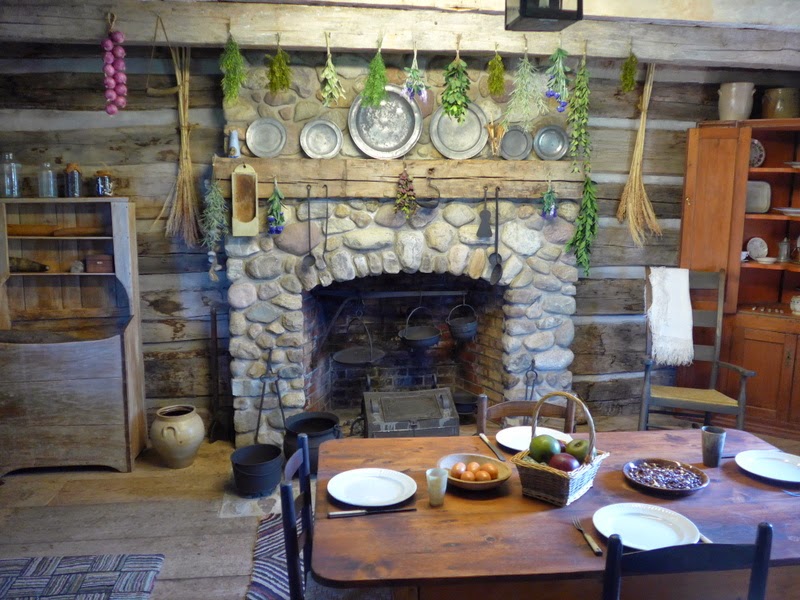 Looks rustic, doesn't it? Charming even.

Add in my girls: 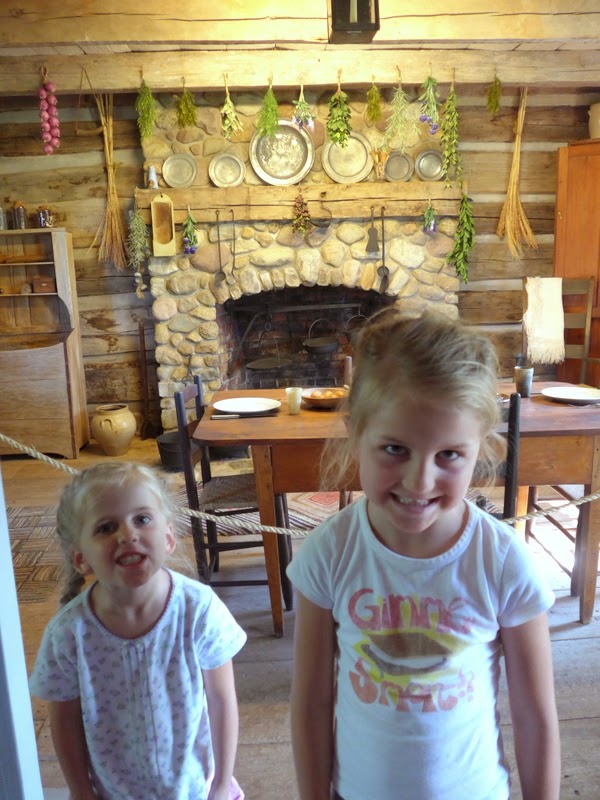 We've really been working on our smiles. I've even begun coaching Rachel: "Now lift your chin a little bit. A little bit! Put your head back down—you're looking at me, not the ceiling. Good. Now smile. Not like that. A real smile. You're grimacing. Relax. Show some teeth. Not that many teeth. Now look at the camera. Now try to look a little less demonic. That'll do." 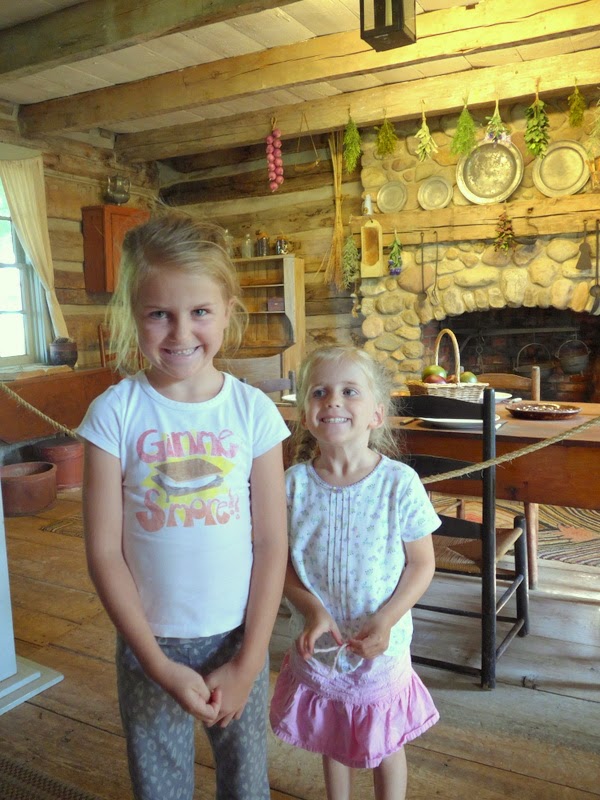 In real life she has a gorgeous smile. But I'm afraid that our record of that smile is lacking. Perhaps by the end of this vacation she'll have learned how to smile for the camera (though if she hasn't learned by now I'm not sure how long I should continue hoping).

We didn't spend too much time in Fayette because it's a good 30–45 minute drive from Palmyra and we wanted to get to camp so we could set up the tent and make dinner all before it got dark. Fortunately we're farther north than we're used to so the sun took a little longer to sink than it does back home. Unfortunately, we've completely crossed over and find the nights almost unbearably chilly.

As we were packing last minute things Andrew wavered over packing the fan (we splurged and got a site with electricity) but wasn't sure if it was a good idea because the fan reminds Rachel of the tally-po (which is scarier than Voldemort). I suggested he check the weather, noting that summer gets cooler the norther you go (and also apparently souther because my friend Crystal's basically sitting on the equator in Africa and is freezing her buns off (though she's just on over the line and is experiencing winter, I believe)).

"It's going to get down to low 60s, high 50s at night," Andrew announced after checking the forecast.

"Forget the fan!" I said. "We need to pack extra sweaters! We're all going to freeze to death!"

It actually hasn't been too bad, and though we're grateful for the extra sweaters the fan probably would have been nice as well (we wanted Benjamin to take a nap, for example, but the tent was roasting).

Anyway, we got to camp, set up and warmed up some chili for dinner, which we ate with stove-top stuffing.

Miriam declared that camping was dreadfully boring while Andrew and I were busy setting up the tent and fixing dinner. She sat on a chair to pout and there she remained until I broke out a package of cookies.

I'm not usually the type of mother to reward behavior like pouting and in fact have been teased by my father-in-law for being a little callous toward my children ("Oh—you're sad about something? Sounds awful. Figure out a solution. Stop crying. Or go away," is my usual retort) but this time I knew she wasn't really bored or grumpy. She was starving so cookies it was. Because camping.

You could say I had a gut-feeling about this particular grump-session (because I, myself, was starving).

And Rachel, that "gut-feeling/starving" pun was for you (I know you're reading this).

Y'all should hear Rachel talk. She's been dropping puns left and right. She can't even stop.

Lately a lot of her puns have been about soccer ("Benjamin! You're so messy!" I'll say. "Oh, he must be good at soccer!" she'll say and just tonight at dinner Andrew announced that Brazil lost their last game in the World Cup (the one determining 3rd place). "Poor Brazil," he said. "Yes, poor-tuguese Brazil!" Rachel howled. I almost choked on my dinner. It was hilarious and her comedic timing is unparalleled) but she'll come up with puns for just about anything.

There might be a little too much reading of Amelia Bedelia going on at our house/tent lately (Miriam's obsessed with Amelia Bedelia stories and that means Rachel's reading them, too, because they're books and they're there (though they don't count toward her reading goal)). 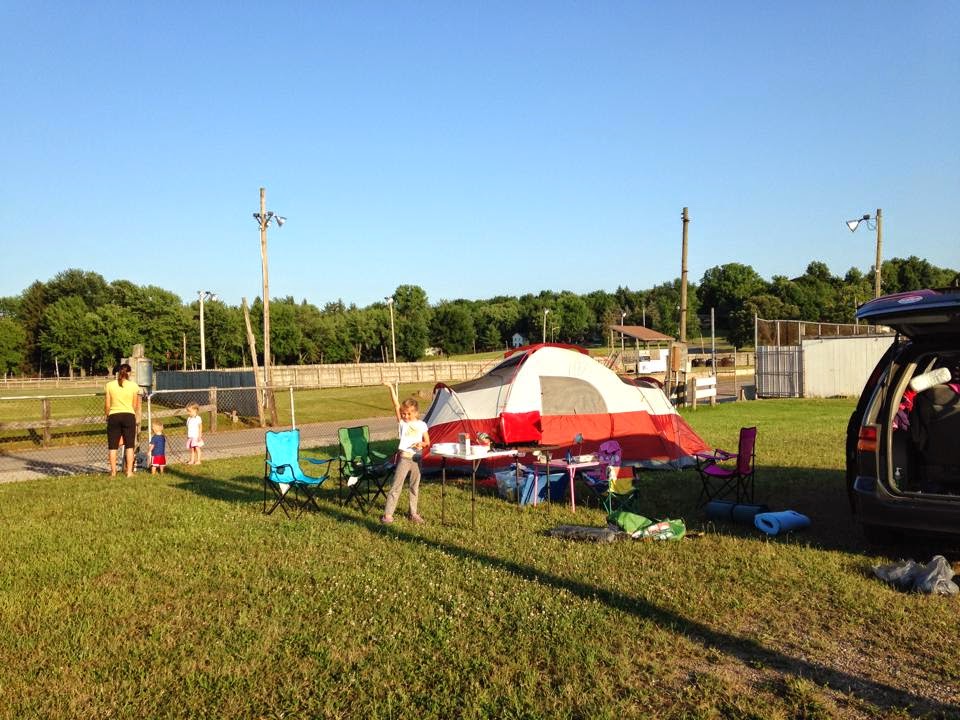