Benjamin fell asleep patiently waiting for me to find my Kindle and to show Miriam's latest and greatest sentence to the world. And I'm totally okay with that because today was not entirely as awesome as yesterday (though today did have its perks).

It started with Benjamin not sleeping last night. He was a bundle of negative energy today.

And, truthfully, that was really the only bad part about today. Everything else was great.

It was just the screaming. And the temper tantrums. And the crying. And the whining. And all that kind of stuff.

This morning when I woke up tired, with a toddler on top of me, I said, "Benjamin, you need to stay in your own bed."

He screwed his face up and pouted, "NO!"

"Then I guess we'll just have to throw your bed away," Andrew teased.

"I don't know why we're even bothering trying to fix this now," I lamented.

"Because we're tired," Andrew pointed out.

"But we're planning on taking him camping for a week and that's just going to break his sleep habits all over again," I sighed.

Anyway, we met my friend Emily and her kids at our pool and had a blast swimming with them. They're moving away for six months for her husband to do some medical training in another city. Thankfully they'll be back for another year (and then some) when they're finished because I'm not sure I'm ready to say goodbye to them yet!


Rachel enjoyed having a "baby" to play with. K (who is older than Benjamin so isn't much of a baby anymore) was willing to go along with anything Rachel suggested. Benjamin was in such a bad mood that no one could talk to him or touch him without facing his wrath.

One of their longest lasting games was Rachel pulling K in a boat while Rachel chased them with a broken pool noodle the girls decided was a crocodile/shark (it was an indecisive critter).

Sometimes Rachel would wind up towing both little girls around the pool: 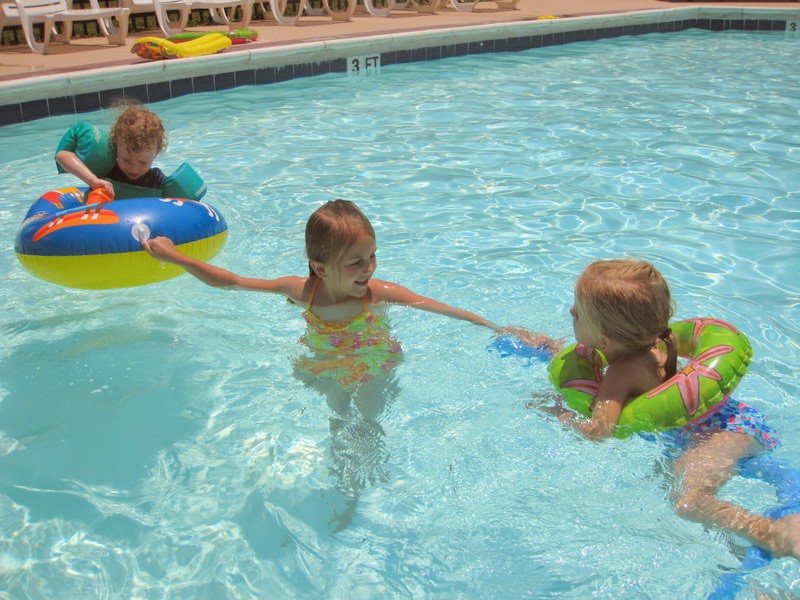 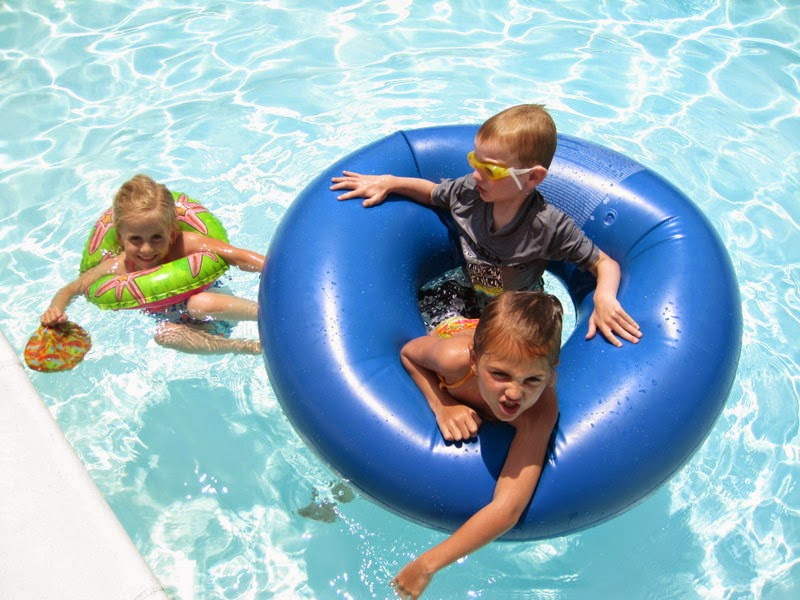 The little ones found a watering can and decided to tend the garden together. 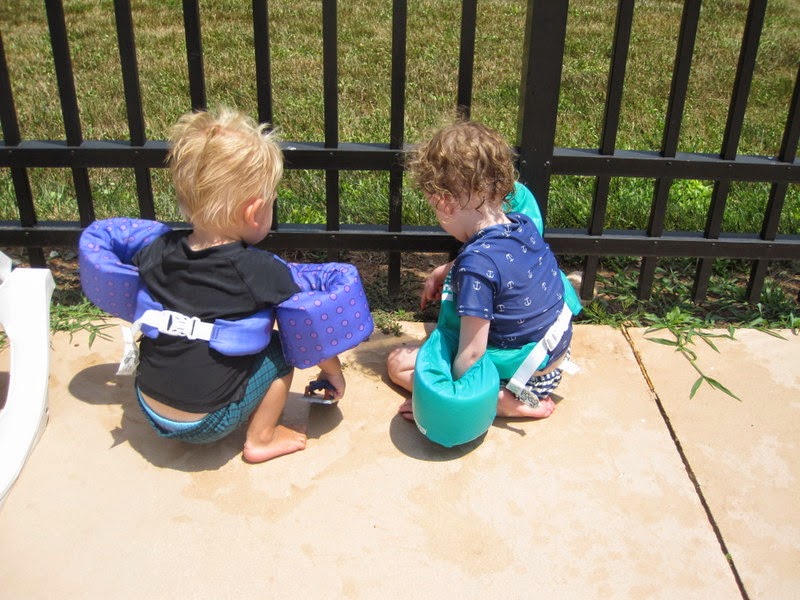 Miriam was upset that I wouldn't get in the pool the last five minutes we were there (I didn't want to get all wet again when I was just starting to dry off). She paddled around my feet and made me watch all her tricks.

We were at the pool for a good three hours. Miriam's feet (and probably everyone else's) had turned into prunes! 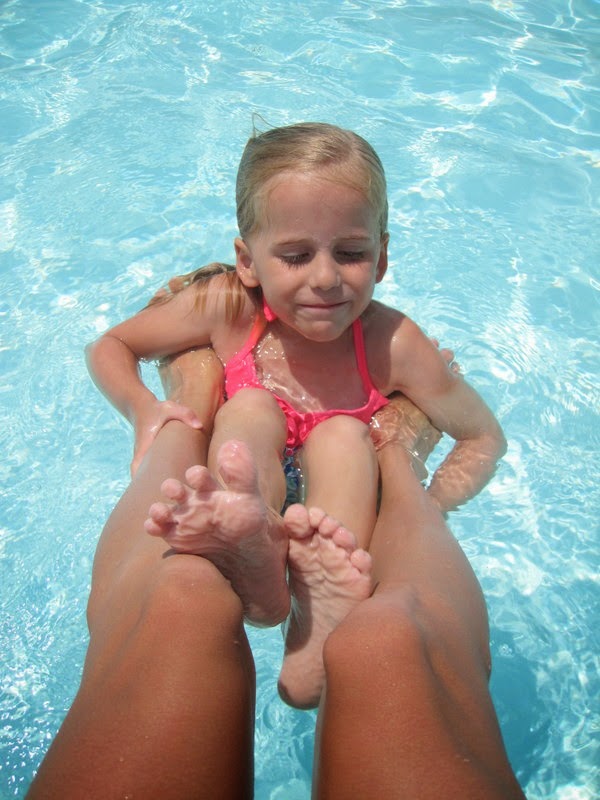 It was so fun to get together with you again, Emily! See you in six months!

We ran home from the pool (technically we drove), quickly changed out of our swimsuits, threw our ukuleles in the van and headed to practice reeking of chlorine (but Laura's kids are on swim team and go swimming twice a day so I'm sure she didn't even notice). It was the first time we had the whole group together in weeks. I was proud of my little ones for ignoring the doll house and sticking to their chord changes for so long.

Miriam was the first to stop practicing. She wanted to play with Benjamin. But Rachel and Carolina stuck it out for a goodly number of songs after Miriam left, though they, too, eventually left practice early. Their little fingers start aching sooner, I think.

We've been doing a lot of rounds lately and everyone seems to enjoy those—from the four-year-olds to the thirty-year-olds and everyone in between (even (and sometimes especially) the teenagers).

So it obviously wasn't a terrible day. It was quite a good day, full of good company (and no housework because we were home for all of five minutes)!

I'm just glad that Benjamin has gone to sleep because he was just a fuss bucket!
Posted by Nancy at 10:58 PM