Going to church history sites is fun because you never quite know who you'll run into.

This trip we ran into Larry Draper, one of my old coworkers from the Harold B. Lee Library at BYU. We worked in Special Collections together seven years ago (I quit the day (two hours before) Rachel was born). He recently retired and is now on a mission—here in Palmyra—with his wife. 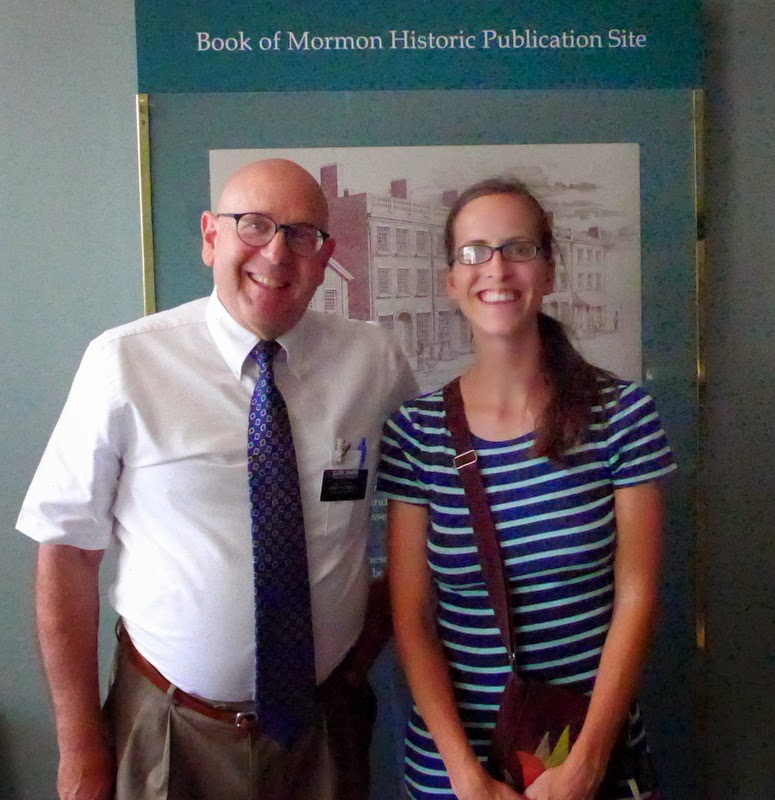 We also ran into Brother Gillespie! It was so good to see him! 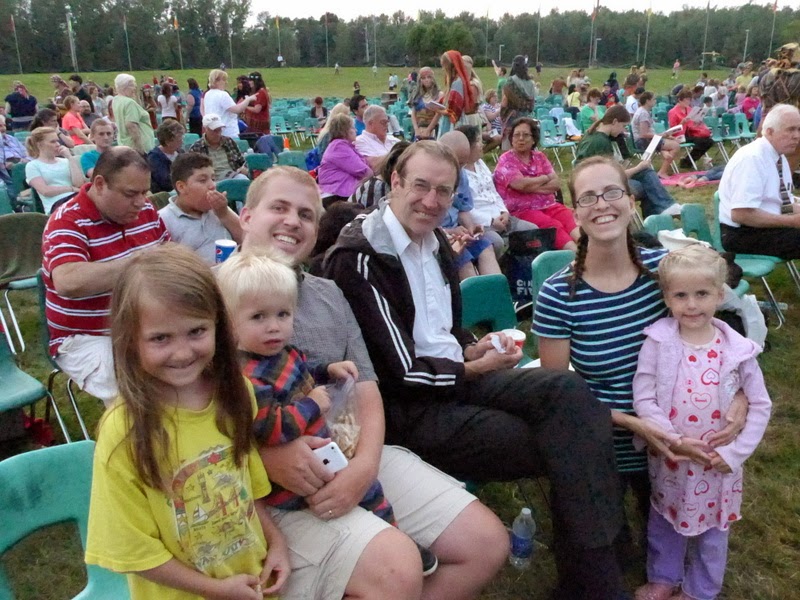 Dorothy's sister and brother-in-law are on a mission out here as well and they invited their extended family to visit, promising that they'd provide transportation and sleeping arrangements. So Brother Gillespie took them up on it. We didn't even know until he posted a picture of himself at the Erie Canal!

We called him on Saturday morning and he saved seats for us at the pageant. It was nice to catch up with him and hear about what his kids are doing in greater detail. I've been quite worried about a few of them in particular since Dorothy died (*cough* Phillip *cough*). He's had a difficult year, as I figured he would, but I think good changes are coming his way.

Brother Gillespie told us that Dorothy's father was a missionary here when the church obtained the Hill Cumorah. He helped write the very first pageant!

The pageant has changed a lot over the years, but it was fun to think we were sitting by the husband of the daughter of a man who had a hand in orchestrating the first pageant here.

We went to the bathroom before the pageant started and I took the kids to one of the family bathrooms that face the audience. Instead of regular bulbs in the bathroom there were pink bulbs. The children were rather freaked out by this but I explained that it was so that the light wouldn't be as distracting to the audience when the doors were opened during the performance. Still, the girls were terrified.

I've never had my kids get out of a bathroom sooner. I think they'll be scarred for life over that trip to the bathroom.

The pageant itself was wonderful, too, and I will write about it in greater detail later when I've had some time to digest a few things.

The kids were quite mesmerized by it (though Benjamin was a bit of a terror until he fell asleep). They loved the special effects, scary as they were—real water, real fire, real explosions of rock flying across the stage. It was pretty neat.

My favourite scene was the vision of the tree of life. It was gorgeous.

Miriam was upset that it was scary because Andrew had promised to her that it wouldn't be.

"You promised it wouldn't be scary?!" I accused him when Miriam whispered this to me.

"It's the Book of Mormon," Andrew said.

The Book of Mormon is a wonderful book...about a people who get wiped off the face of the earth by means of a mutually-destructive war...among other things. Let's just say there were a few battle scenes. Oh, and the earthquake when the Savior dies. And the storm on the sea when Lehi and his family are on the boat. There were a few scary parts.

Benjamin summed it up in one word for us: "Eek!"

But overall it was lovely and I'm so glad we could have the experience of attending, protestors notwithstanding.

(PS. We also ran into Nathaniel Merrill (from our old ward) at church and later on the day on Sunday).
Posted by Nancy at 10:26 PM