As Alexa predicted we were the only bikes not decked out in red, white, and blue. Miriam rode her pink and purple unicorn tricycle with pride but Rachel felt a little silly about her Gryffindor-themed bike. Andrew said that the patriotic theme was implicit because it's Independence Day. And then I said, "Have you ever been to a parade?" because not every float is patriotically themed.

Regardless, we all had a lot of fun though. 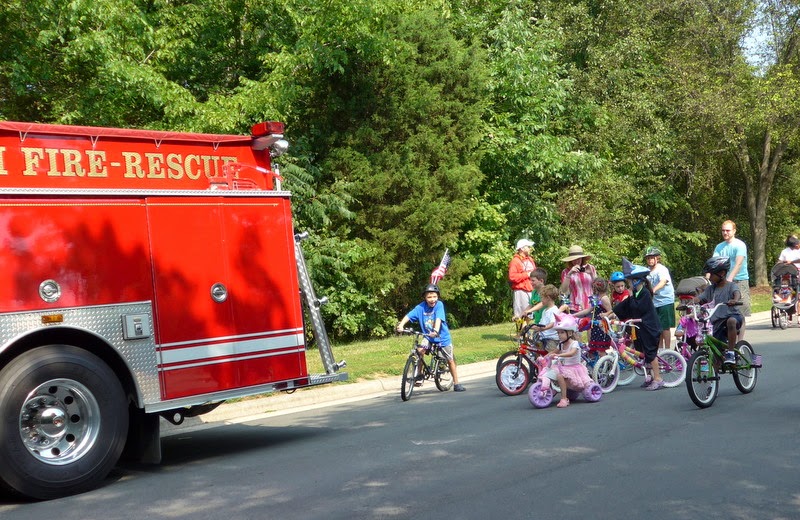 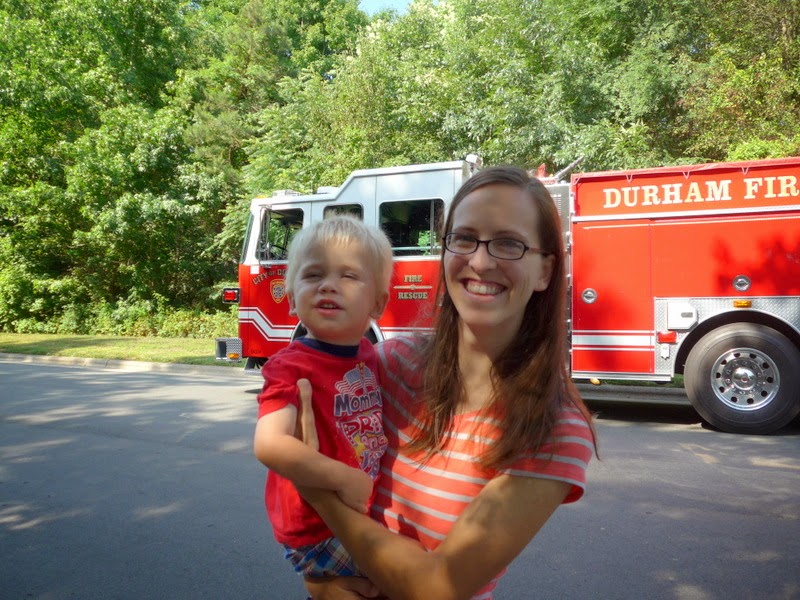 We didn't make him ride his little tractor in the parade. I carried him instead. What I should have done was put him in the bike trailer but I simply didn't think of that until after the fact.

Rachel rode with some friends so we didn't see much of her. They were right behind the fire truck the whole time. 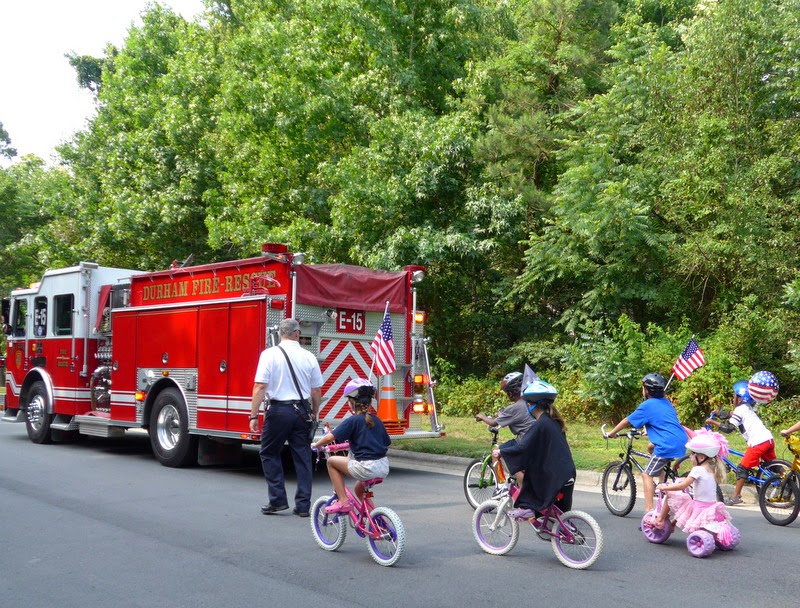 Miriam started up in front with them but soon fell behind. Andrew, Benjamin, and I trailed along behind her to make sure she did okay. 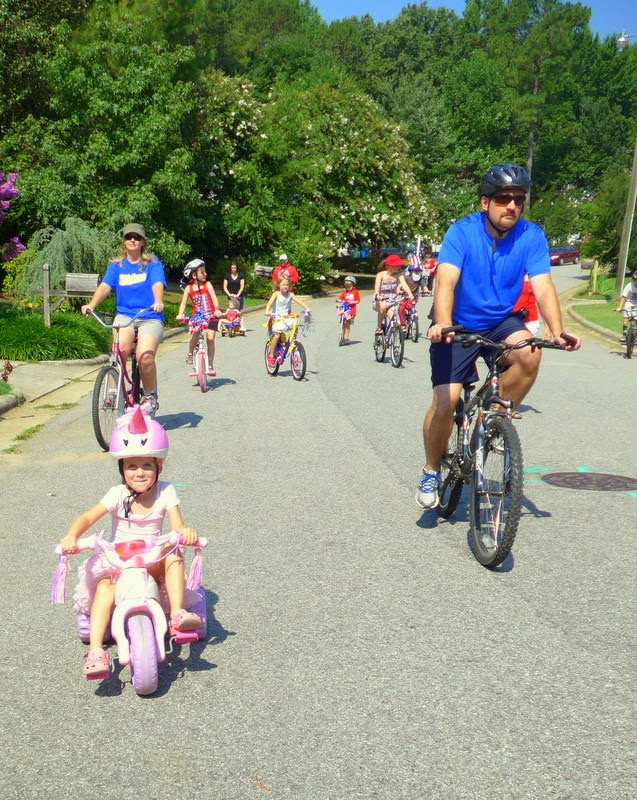 She did beautifully—she rode the whole course (a 1.3 mile loop through our neighbourhood) on her own, pedaling hard to get up the hills and dragging her feet (since her bike has no brakes) on the way down. 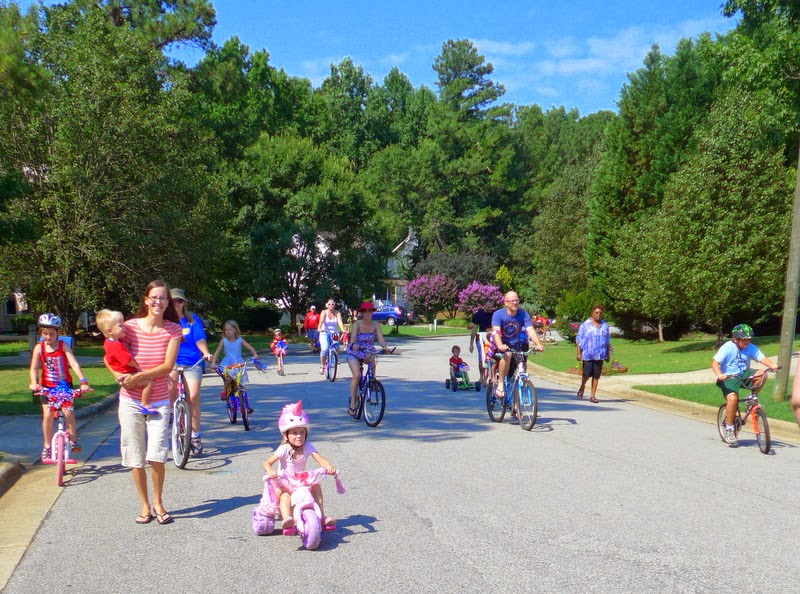 Andrew ran up to the front of the parade to take a few pictures of Rachel riding on her yellow and red bike while wearing her Hogwarts robes and hat. 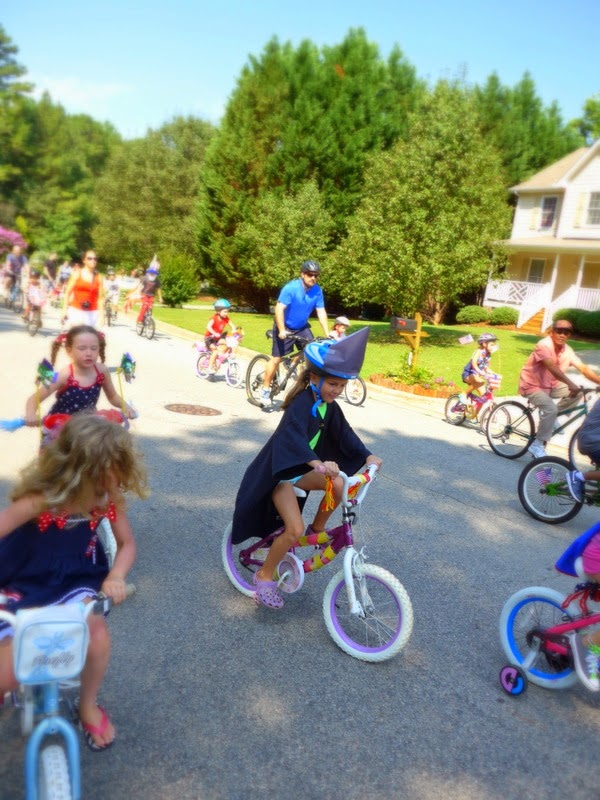 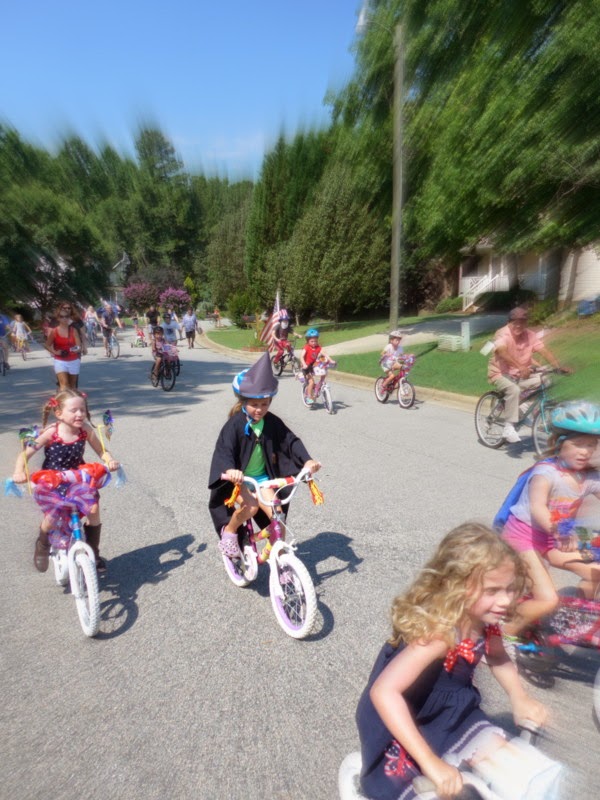 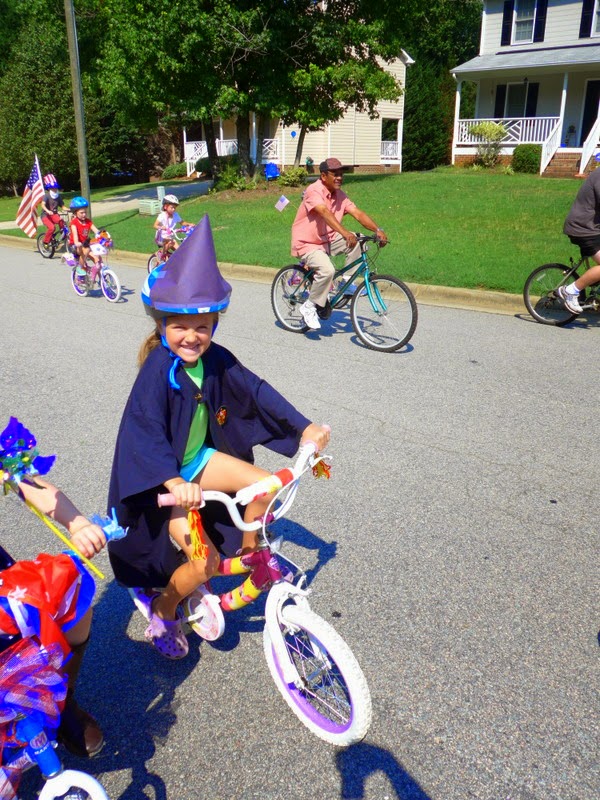 At the end of the parade we lined our bikes up to be judged. We didn't win anything but no one seemed to mind because there was so much going on—popsicles and fire trucks and friends—that no one was paying attention when the prizes were awarded.

Here's Benjamin sitting on his tractor: 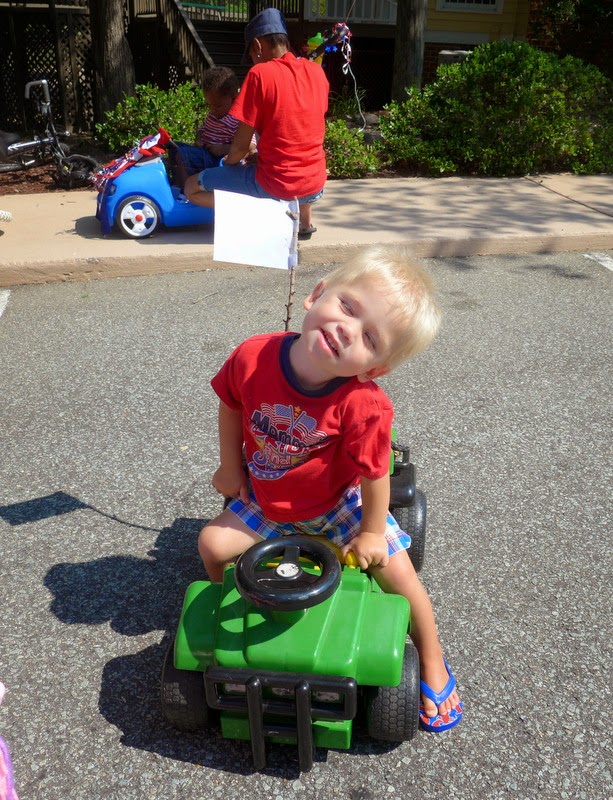 Miriam ended up making a flag for him this morning, so that's her handiwork: 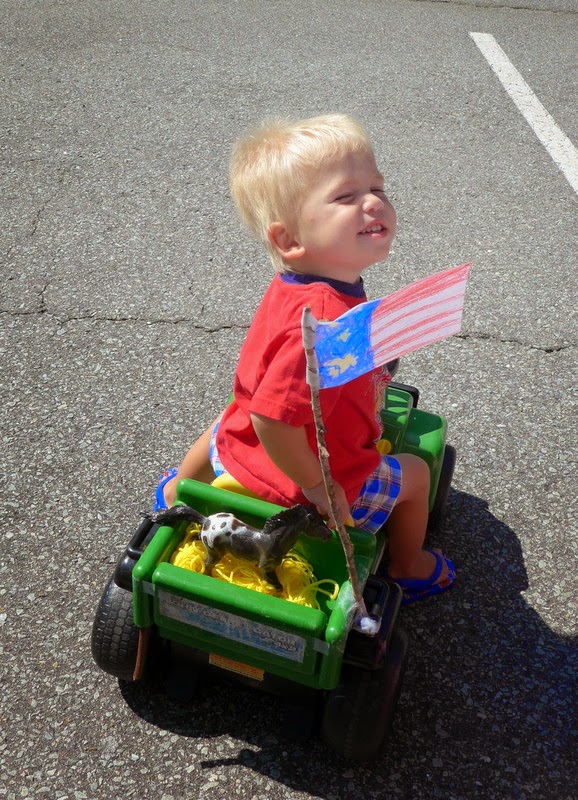 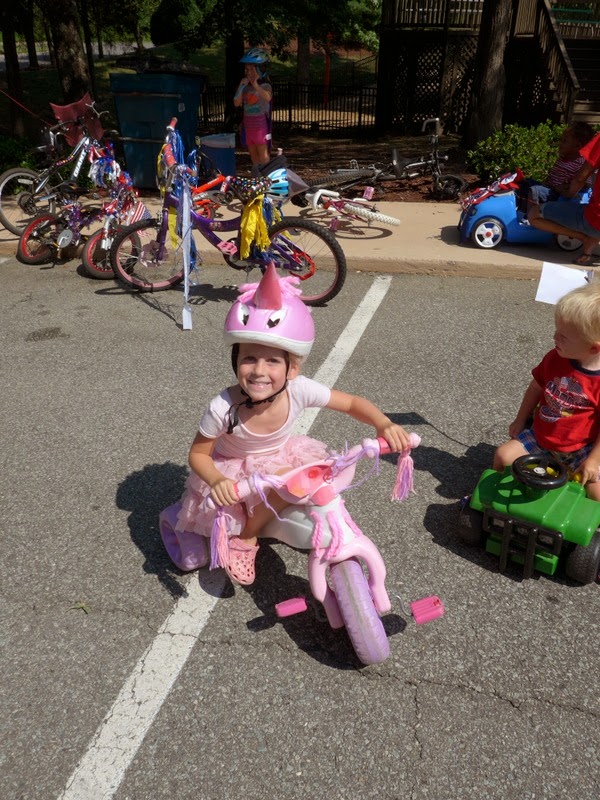 And here are the kids enjoying the fire truck: 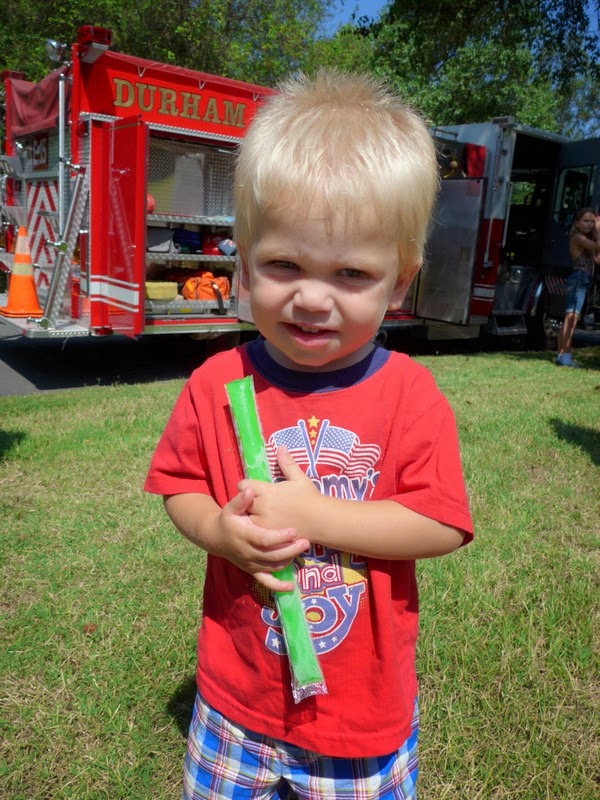 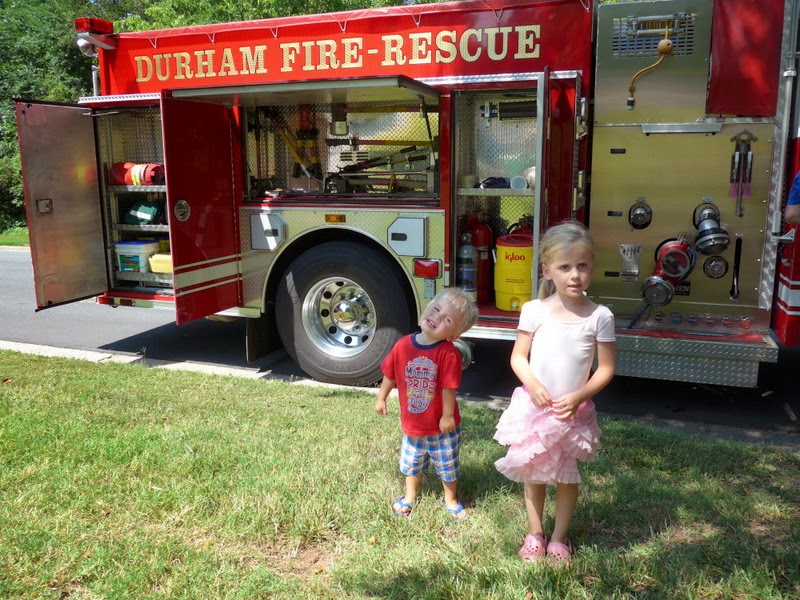 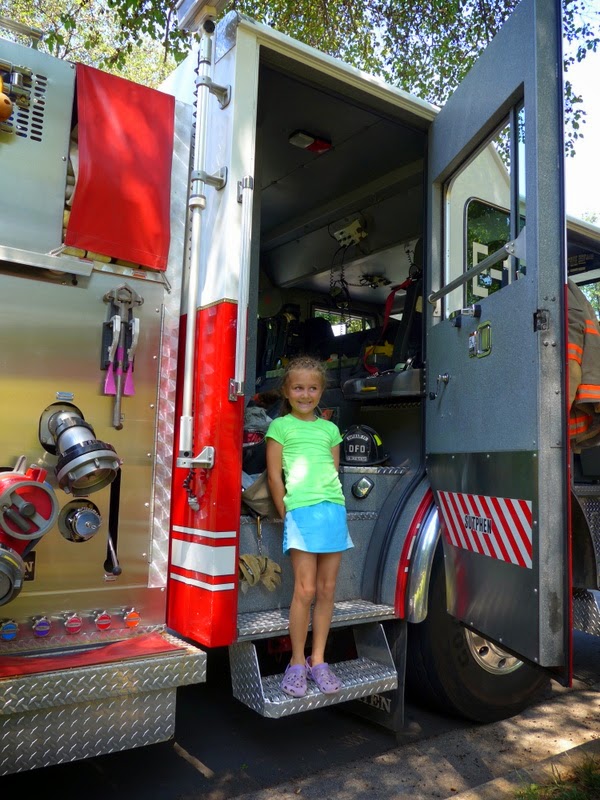 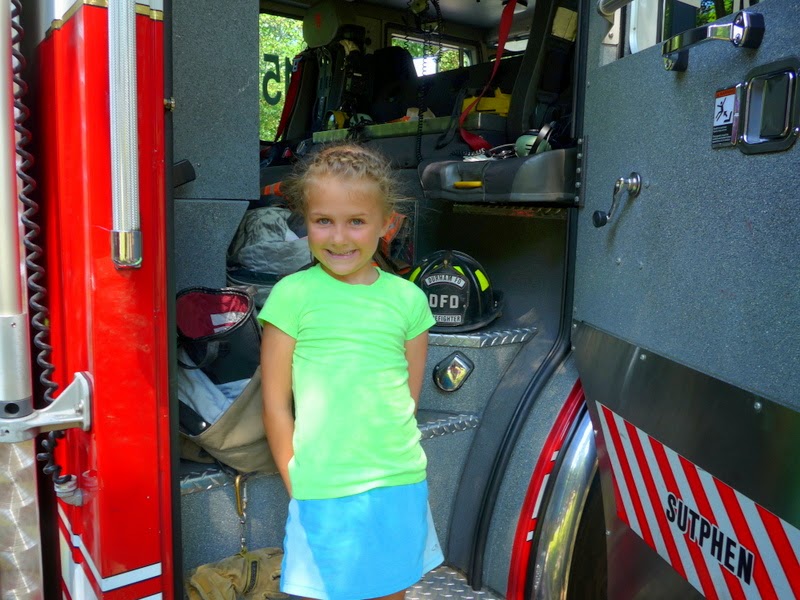 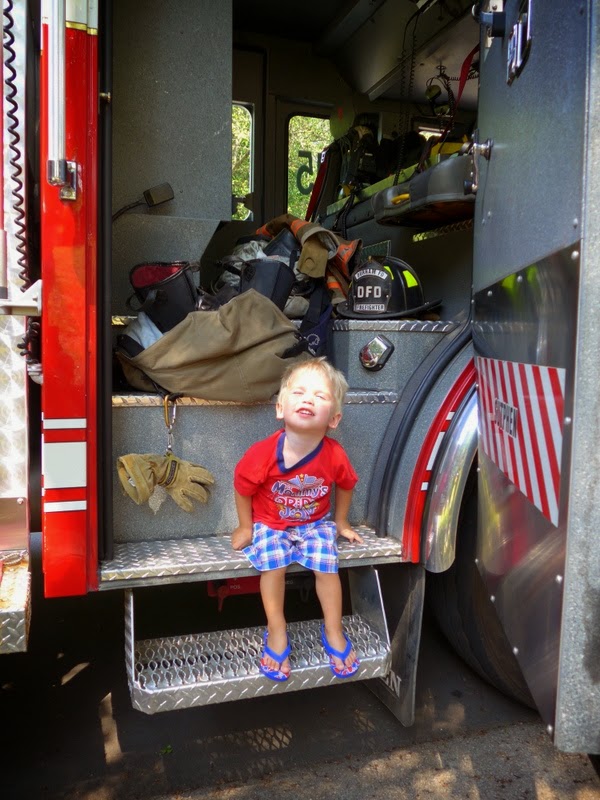 This little boy was super excited to sit in a fire truck: 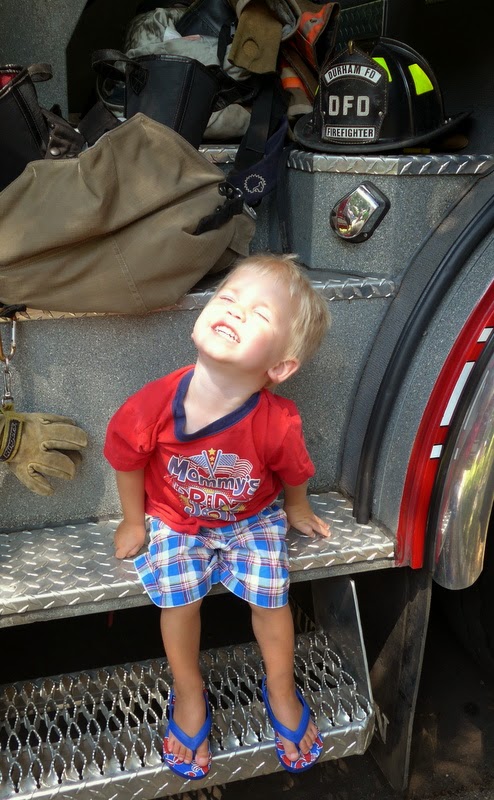 Miriam almost took a turn sitting on that step as well but when it looked like she was having a little trouble a fireman leapt to her aid. He helped her onto the step but then she jumped off, ran to me, and hid behind my legs. So no picture of Miriam on a fire truck. But that's okay because the girls decided they wanted to ride their bikes home.

Rachel took off like a rocket while I walked slowly with Miriam. And took a million pictures of her because she's the cutest little unikitty ballerina ever! 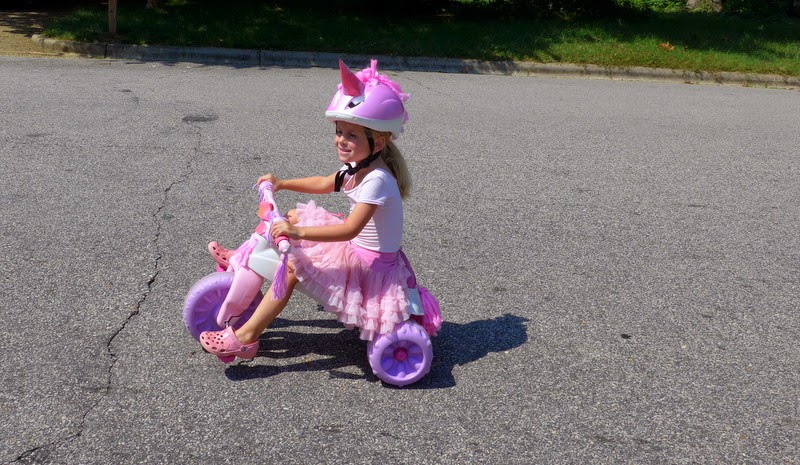 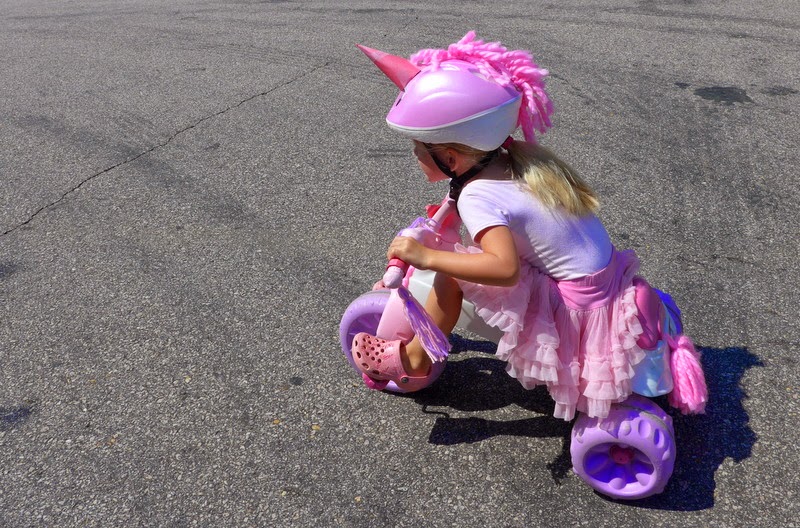 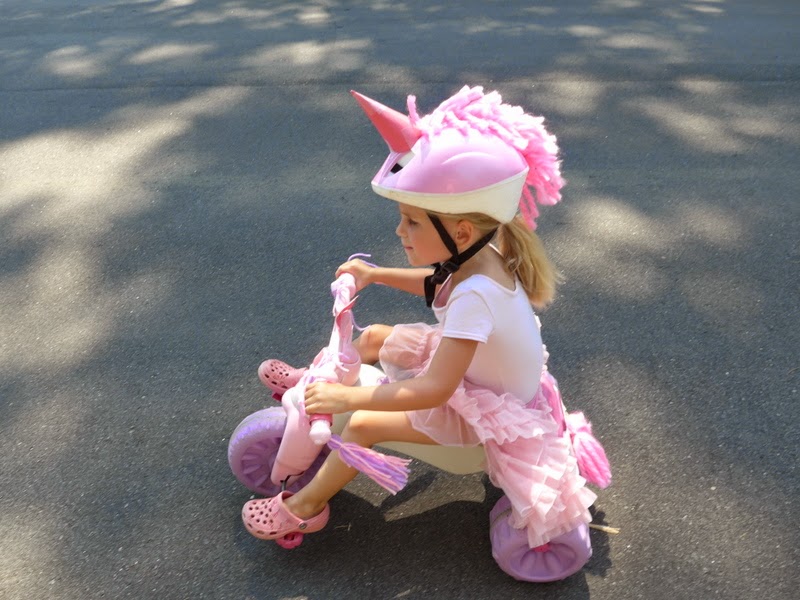 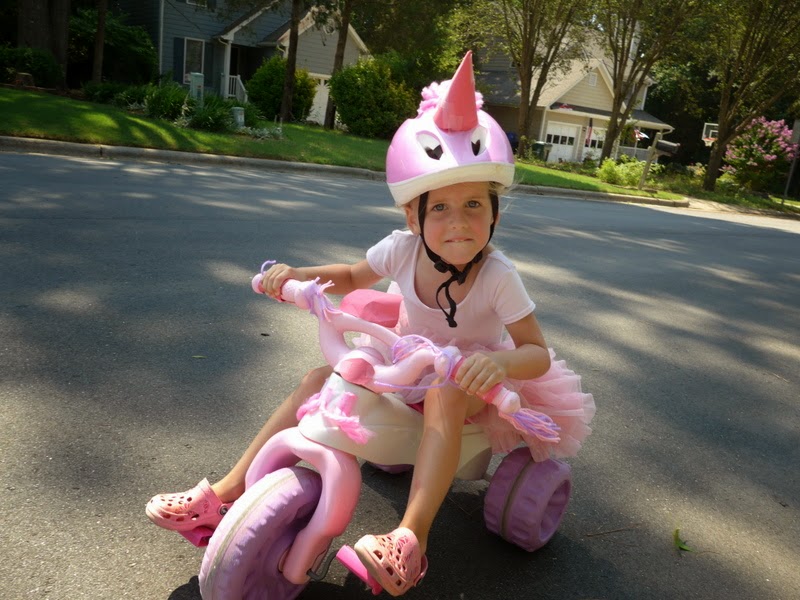 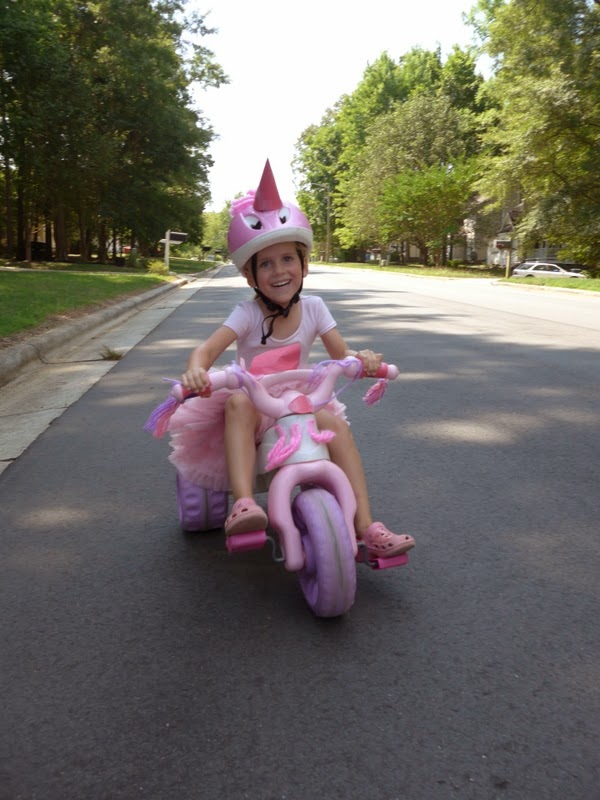 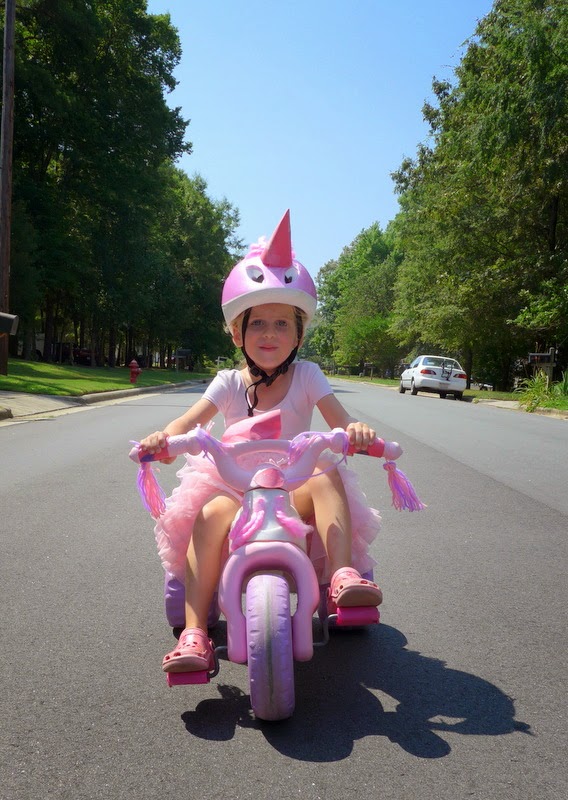 So far the girls haven't come inside for longer than a couple of minutes. They've been outside enjoying the day (fairly mild, thanks to Hurricane Arthur) with Alexa and a few other friends.
Posted by Nancy at 1:58 PM