A bit about the littles

I got down the next bigger box of Zoë's clothes down from the attic this weekend and found a bunch of gems we almost weren't able to use (I forgot that the 3M label doesn't always mean "wear me at three months," because sometimes it means "wear me until three months").

Luckily, she was able to try on this cute outfit Grandma got for Miriam: 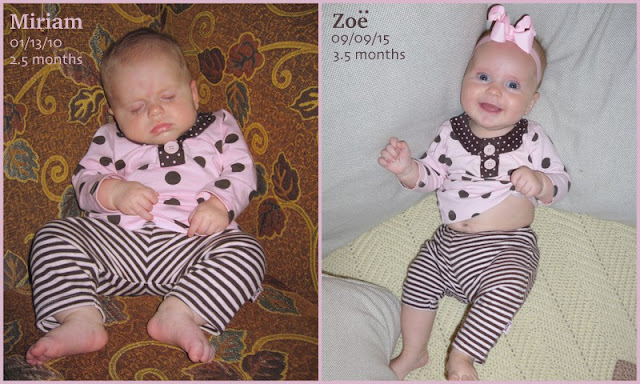 Zoë's really into grabbing at clothes lately so if she's not in a onesie her belly is very rarely covered. Except here because she grabbed her hands instead: 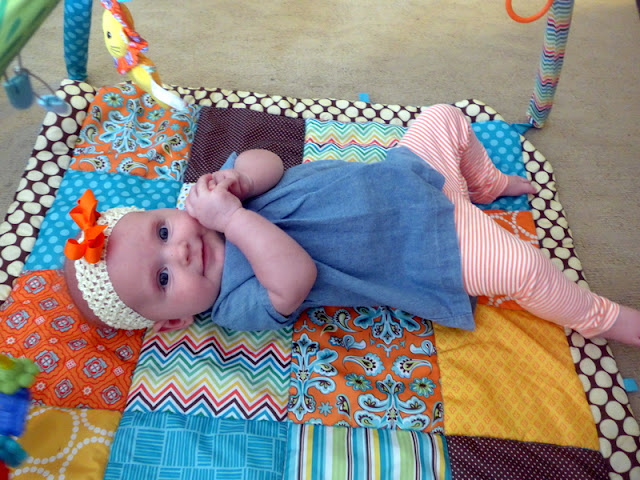 And here because she grabbed the blanket instead: 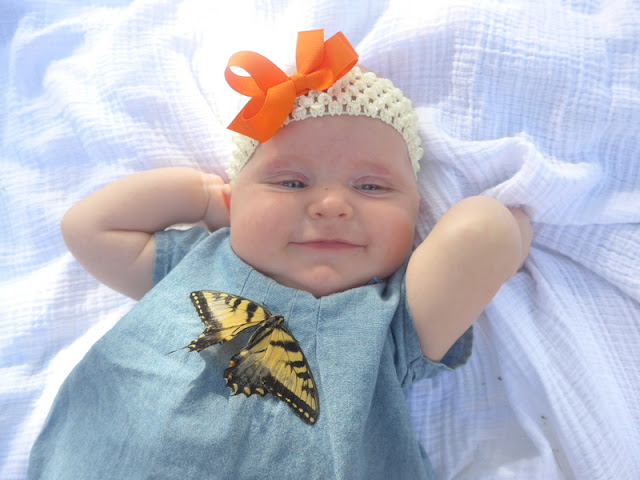 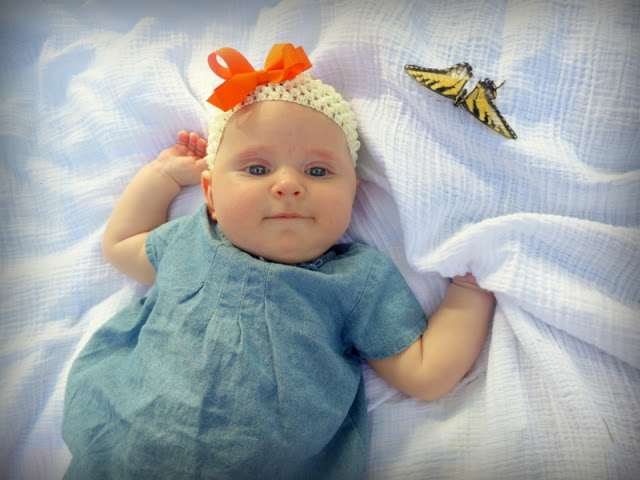 We found a dead butterfly in the garden and I couldn't help but use it as a photo prop. Morbid? Maybe. But who cares. We can pretend butterflies find my baby enchanting.

Benjamin found the butterfly quite fascinating. 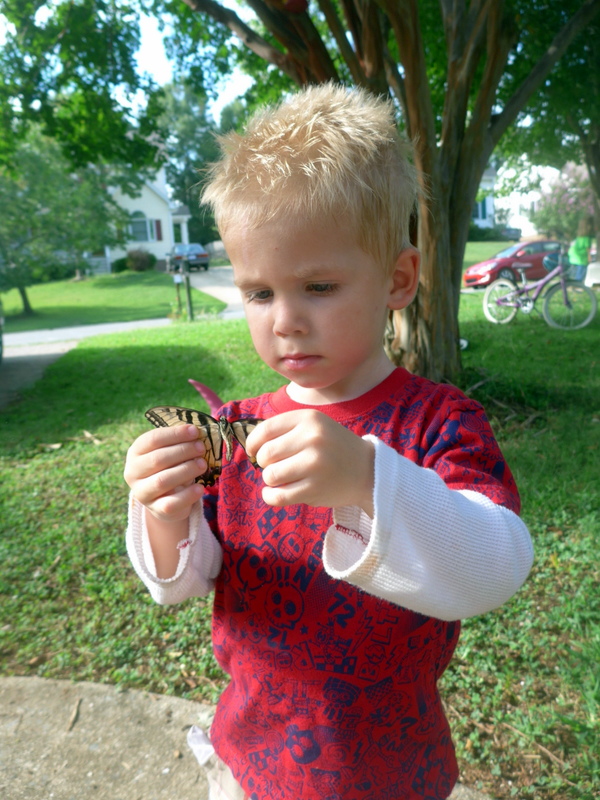 This boy's hair is out of control. Here he is after a bath: 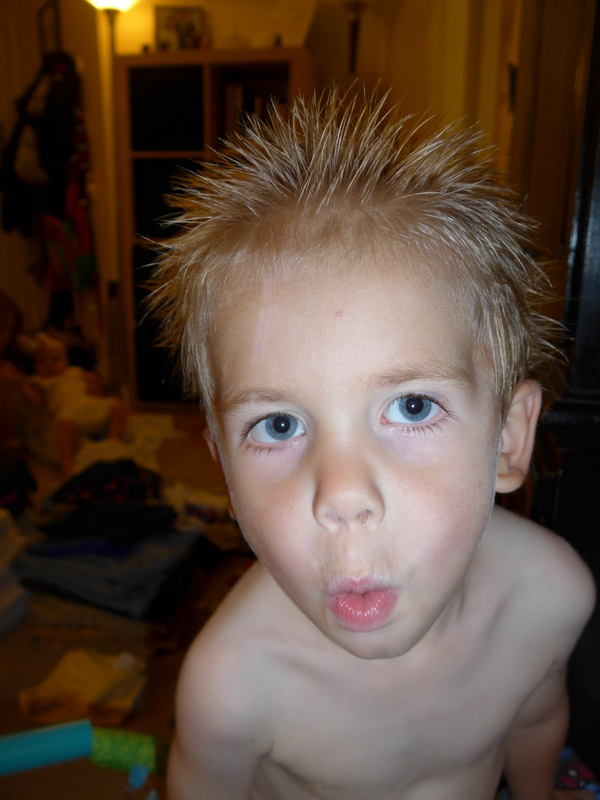 He doesn't want a haircut because he doesn't like the buzzing of the clippers. 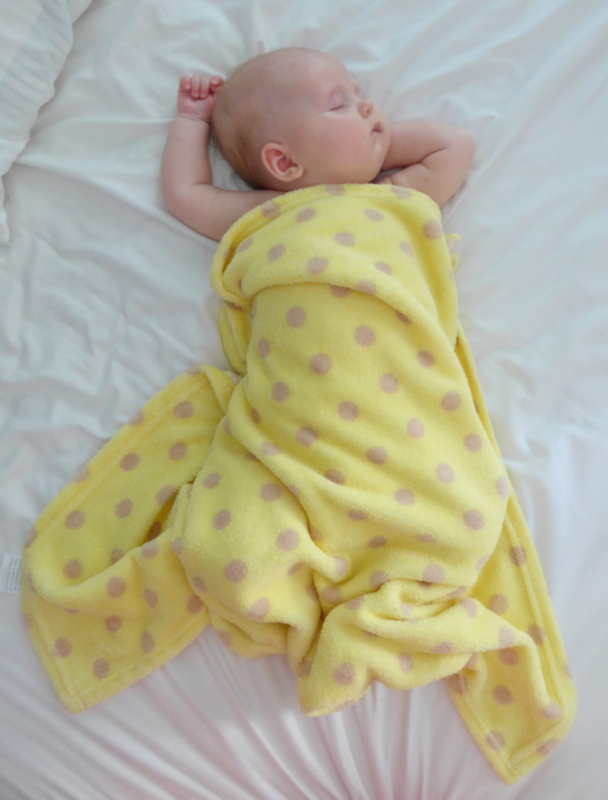 Here's Zoë staying up late to help Daddy do some typesetting: 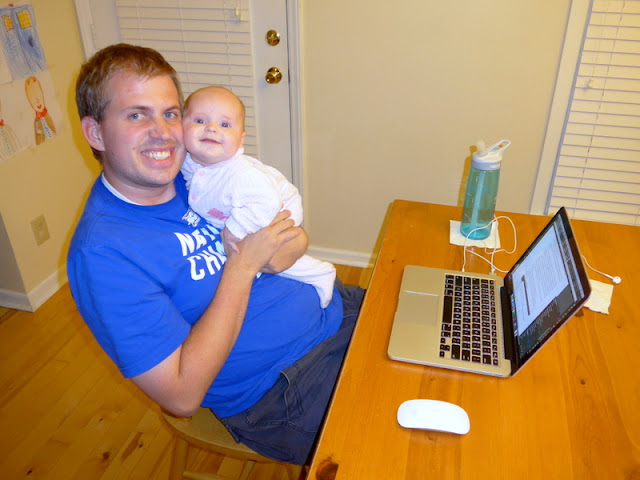 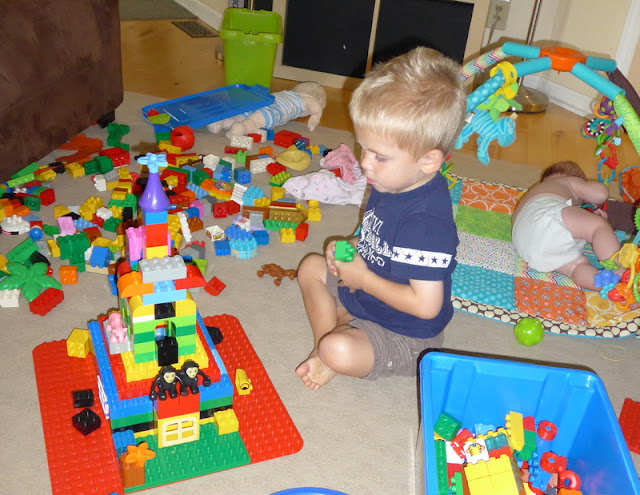 With the monkeys guarding it (actual monkeys, not monsters), I wonder if it's the castle of the Wicked Witch of the West (though those monkeys had wings...so could probably be classified as monster monkeys). 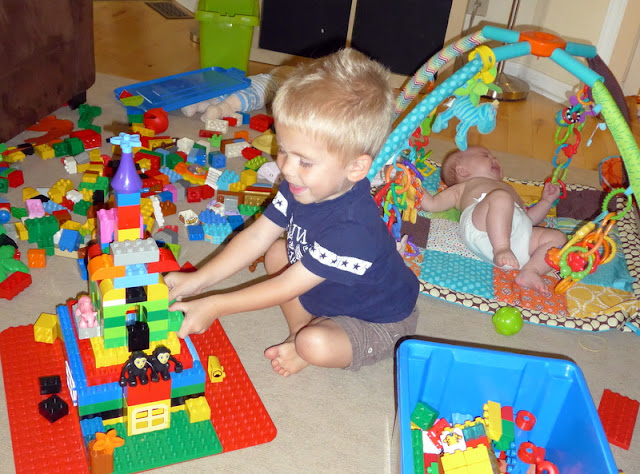 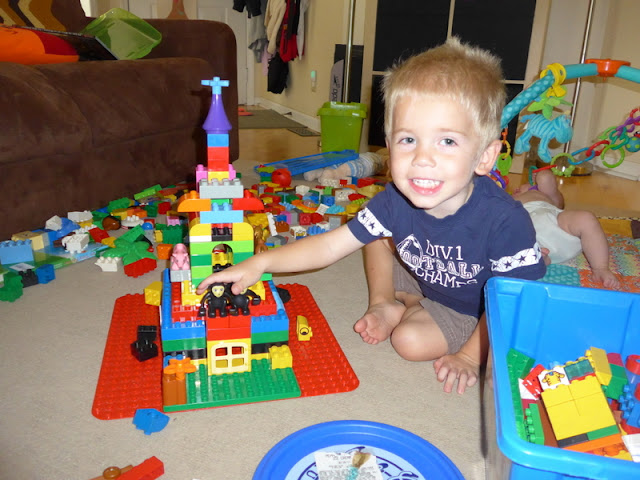 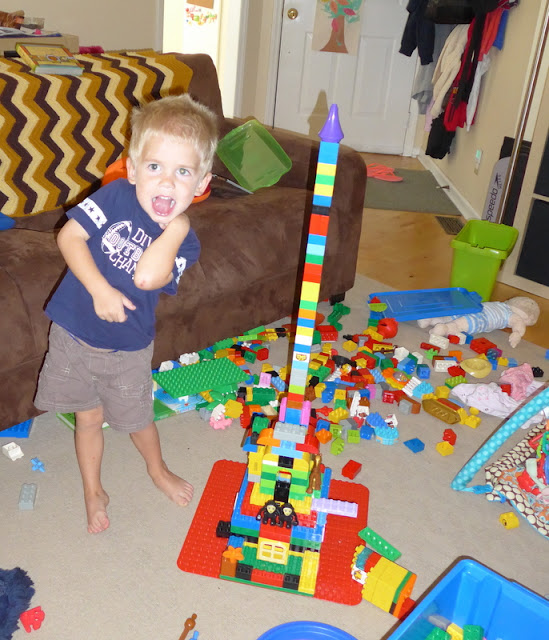 I feel like I'm all out of interesting stories. Andrew's scooter tire popped on Tuesday. He texted me to say he was going to come home early, which I thought was going to be a good idea because Rachel has soccer on Tuesday nights so getting dinner in before we leave for soccer can be tricky sometimes if Andrew's running late. Coming home early was a fine idea!

But then he texted me to say, "I might need you to come pick me up."

So his scooter has been at the shop the past couple of days, but we picked it up today so perhaps tomorrow I can take the kids to the pool or something. Our pool days are numbered.
Posted by Nancy at 9:48 PM