The girls ran into the house from the school bus rejoicing about fall intercession. No school for three weeks! Free at last! Wahoo!

The first thing they turned to with their newfound freedom was...books.

Here's Miriam with some Little Miss books that I dug out for her. Grandma Pat sent them to us years ago, when Miriam was a baby, and we used to read them all the time, but soon the children lost interest so they've been gathering dust on the shelf the past few years. But Miriam's teacher loves to read Roger Hargreaves' books to his class and Miriam has been writing a story about Little Miss Map. She was overjoyed when she saw these. 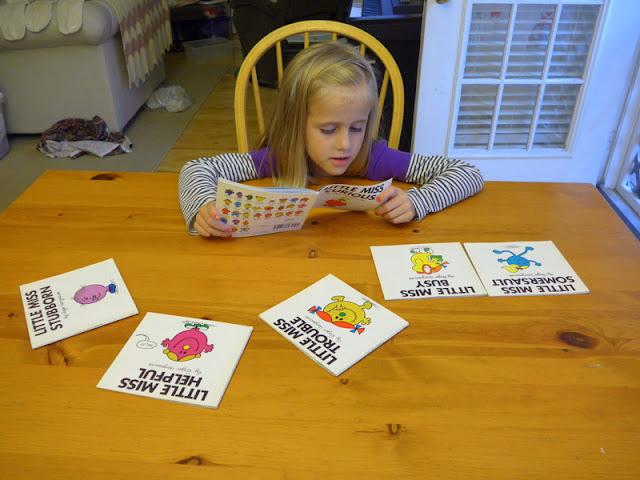 Rachel asked if she could take the baby, a banana, and a book outside on the front porch. I told her she could, though I admitted I wasn't sure how she was going to handle all of that. "Daddy does it," Rachel shrugged. Well, then, of course you can. Anything he can do you can do better.

She tried to take Zoë outside in just a onesie but I reminded her that she, herself, had a sweater on so chances are the baby also needed a sweater. "Oh, yeah, I guess that's true!" she said.

It's definitely fall here. We're down to a nippy 68°F and it's supposed to rain from now until next Thursday (and I'm not even being hyperbolic). Zoë enjoyed having some outside time with Rachel and it freed me up enough to make cookies. 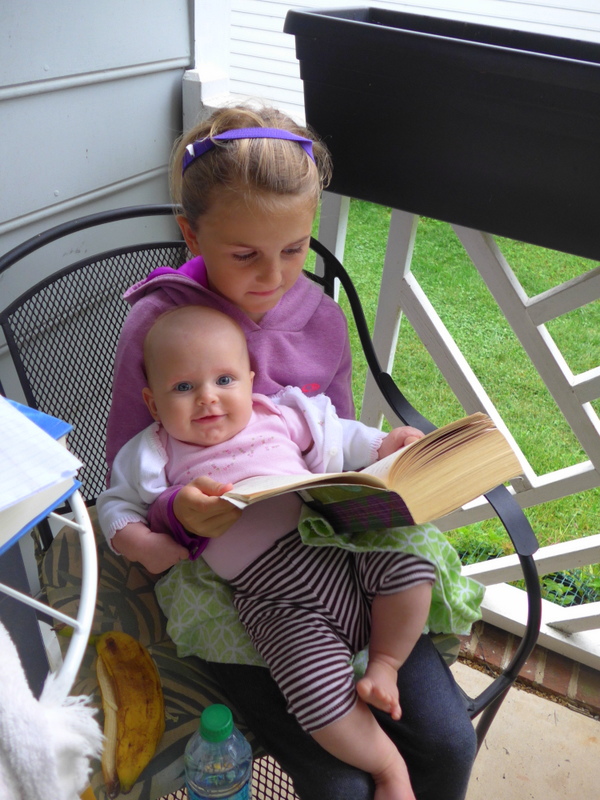 While I did that Benjamin buzzed around between Miriam (she'd read aloud to him) and Rachel (so he could dance in the rain with a captive audience) and me (so he could steal licks of batter (we like to live on the wild side)). But here's a picture of him chilling on the couch (and a whole pile of cushions) this morning while reading The Eensy Weensy Spider. 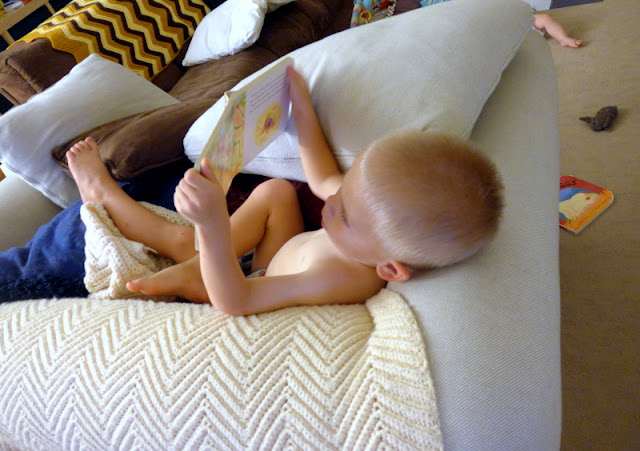 I read him a few stories this afternoon but when Zoë started to get fussy I warned him that he could choose one more story before story time would be over for a little while.

I told him we could read a story from the anthology but not the whole book.

He was a little upset about that; he'd thought he'd been so clever!

And here's Zoë hanging out on that same couch, only without the huge pile of cushions, and not reading (because she's not really into that yet): 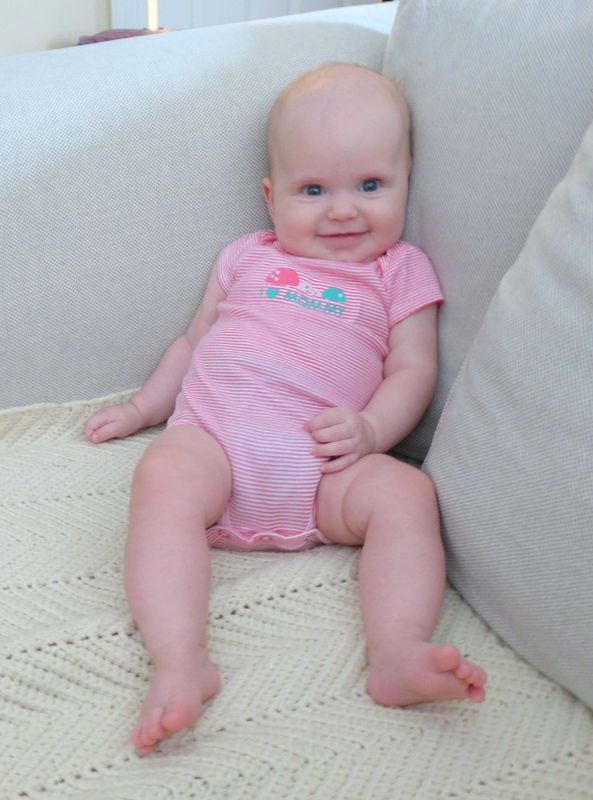 These are good kids.
Posted by Nancy at 9:41 PM