We made it to Tiny Trekkers at Little River Regional Park this morning and were only about ten minutes late, which is pretty good for us. One of these days we'll start making it to things on time again. Maybe. 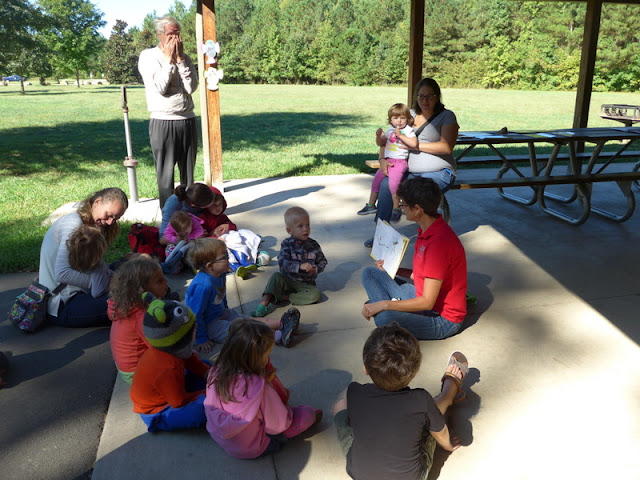 When they were finished reading they flew around like hummingbirds before settling in to paint a paper plate to use for our craft. Benjamin was excited his little friends Marcella and Jay were there (he chose to paint beside them): 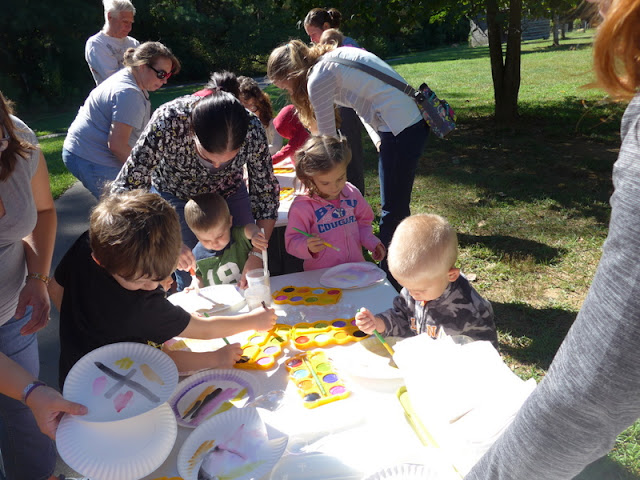 When we were finished painting our plates we left them in the sunshine to dry while we made up some nectar for the hummingbird feeders. All the little ones took turns stirring (1 cup of sugar to 4 cups of warm water, in case you wanted the "recipe") and then helped pour the nectar into the feeders to hang up in the "pollinator garden."

By the time we were finished with that our plates had dried and we finished up our hummingbird craft: 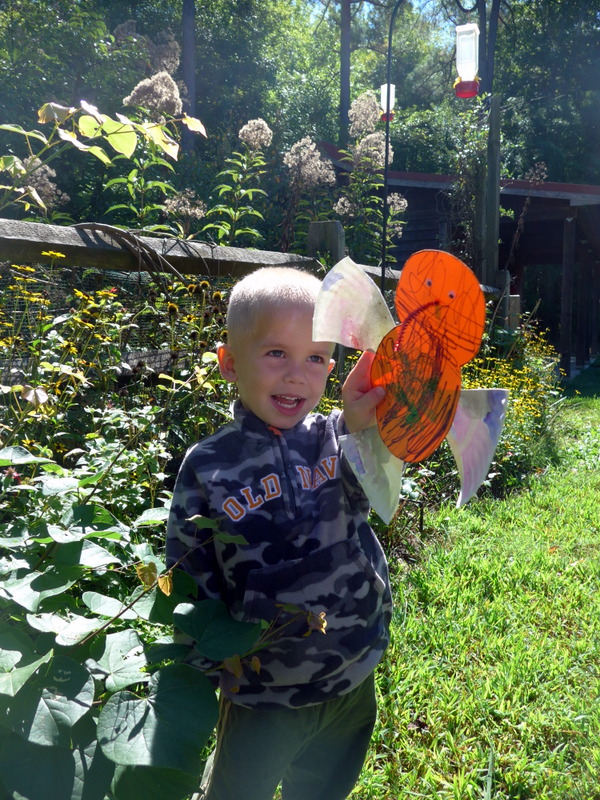 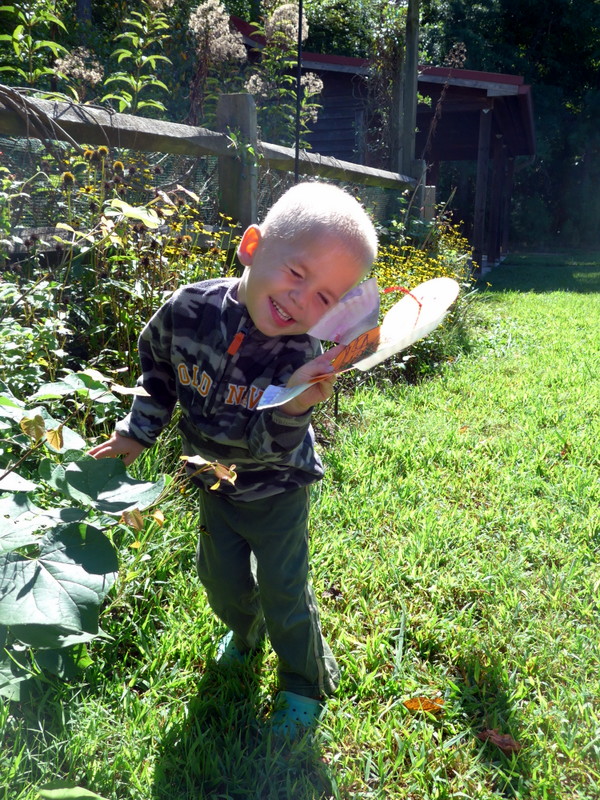 We spent quite a bit of time at the playground. Zoë nursed while Benjamin flitted around with his hummingbird and a bunch of other little three-year-old boys. And then we went for a walk around the little trail. I took a very out-of-focus picture of me and Zoë. We're both feeling a lot better today, I think (Zoë hasn't really said much about it), though we're not quite 100% yet. 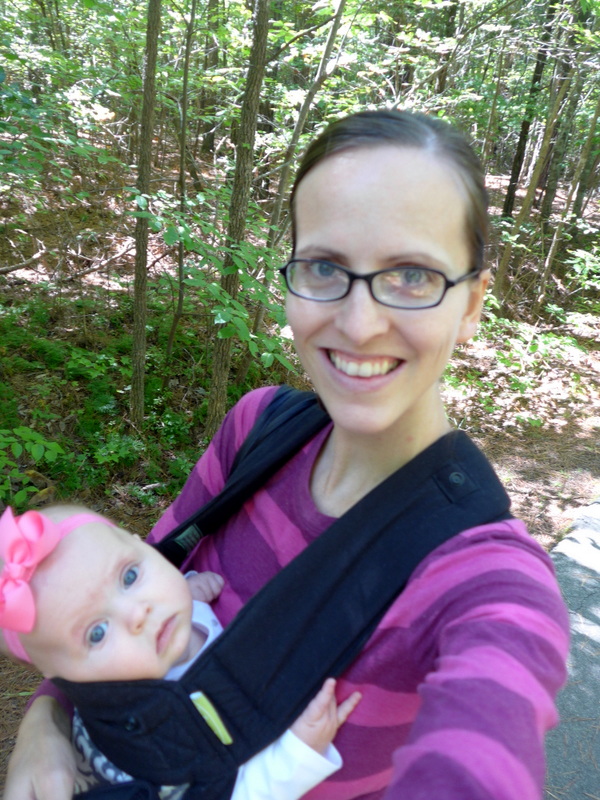 And that was it. It was much more successful than story time at the library because when Benjamin decided to get up and run in a huge circle, screaming, "I'm a hummingbird!" right in the middle of the story...he was at least outside. Sitting through story time can be hard for him sometimes.

We were supposed to register to attend, which I didn't know, but the ranger said it was okay that we just showed up (she tries to have a few extra supplies on hand for cases like ours; it's a free event but they like to have a count of how many children are planning on attending) and we preregistered for the next couple of months so that should be fun!
Posted by Nancy at 2:31 PM