It's been rainy here lately. Rain for days. And now we have this hurricane approaching, which means more rain. We've been feeling a little cooped up, especially with school out for intercession. We're in each other's hair all the time.

Yesterday—on day two of their break—I printed out a list of activities and told them that if they approached me saying they were bored I would pick an activity for them to do...and they probably wouldn't like it...so they should probably just think of something to do on their own. The list had enjoyable things on it, like "play a board game" or "colour a picture" or "build with LEGO." It also had less enjoyable things on it like "make your bed" or "mop the floor" or "clean the toilet."

This was a very effective tool. We'll see how long it lasts.

Today, though, we had a break from our autumnal deluge. The sky wasn't exactly blue, but it also wasn't dripping, so when we got out of the doctor's office we headed straight for the Museum of Life and Science.

Unfortunately, when I turned down Murray Avenue the street was blocked with police cars. They were just finishing up though, it seemed, so they let me (and a school bus) past. I turned into the extra parking lot and was stopped by an employee who informed me that there was an "emergency situation" and that the museum had been on lockdown but that they were just resolving the situation so I was welcome to park and they'd be reopening the museum in about five minutes.

I parked the car, got out and walked around to Zoë's side of the van and rummaged around for the front carrier. I had just tied it around my waist when the attendant bustled over.

"I've just been informed that the situation is actually not over. You'll need to wait in your car until we get the all clear."

We got back in our van and waited for about ten more minutes and then the attendant came over to tell us that it was officially over and we were free to visit the museum.

I don't know what was going on, but the K-9 unit was there, multiple other police cars, an ambulance. It was kind of crazy. People were pouring out of the museum when we got there—they'd all been on lockdown inside and were sick of being there, I guess. It was relatively unoccupied when we went in, which was surprising since it's only the second day Hideaway Woods was open.

Hideaway Woods was fantastic. We spent the rest of our afternoon there—we didn't visit a single other exhibit. The kids were in heaven. We spent a little while exploring together and then ran into some friends and spent the rest of the afternoon playing (the kids) and visiting (the moms).

These pictures are courtesy of Rachel: 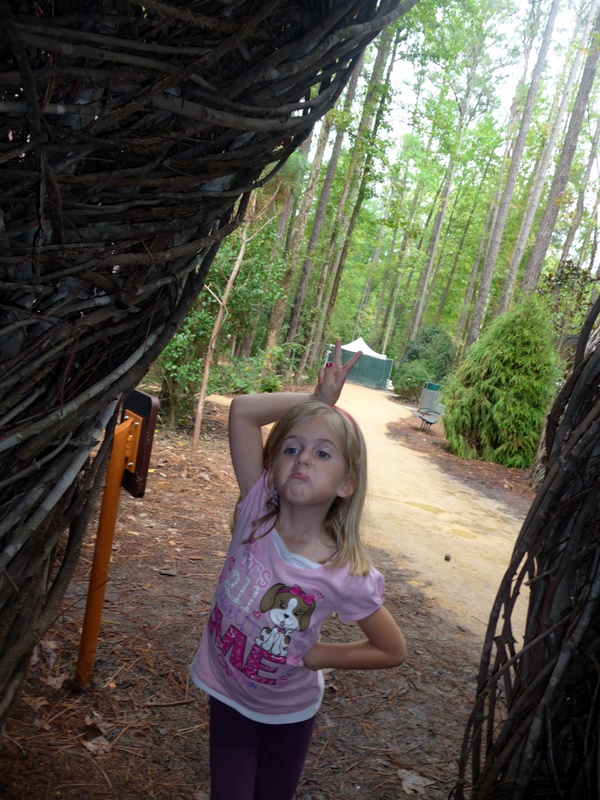 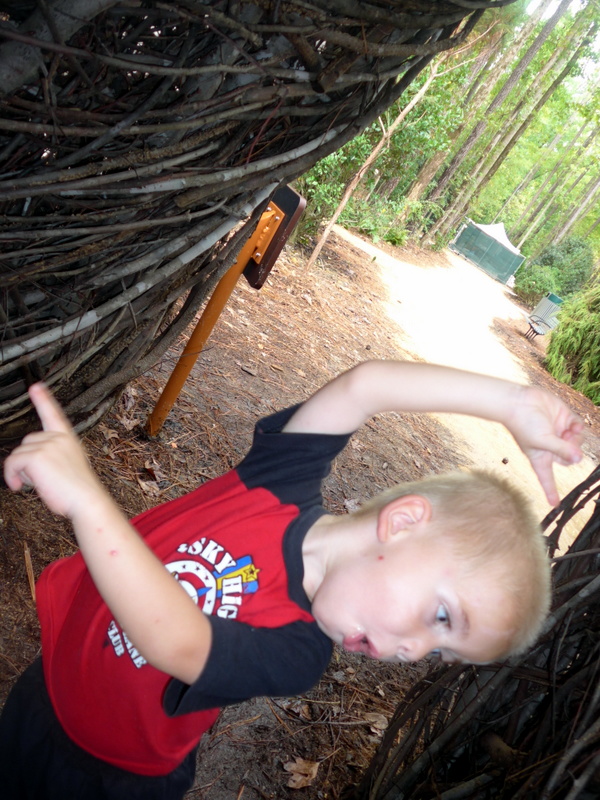 And here are a few of the kids in the giant treehouse (I went up, too; it's pretty awesome): 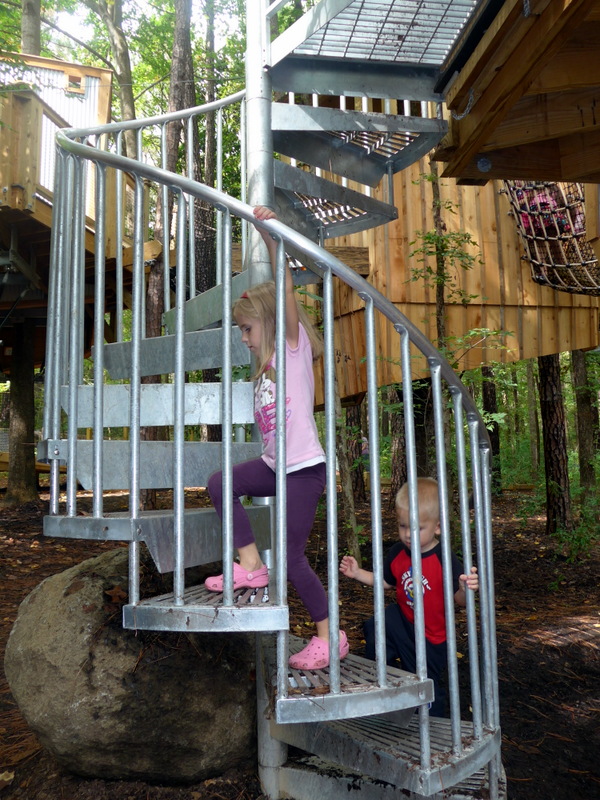 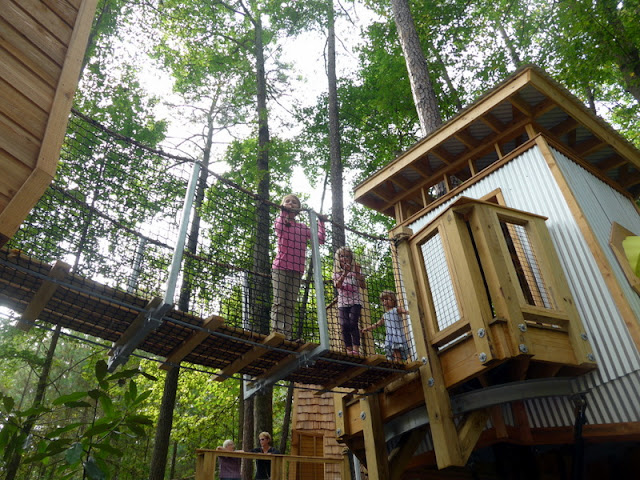 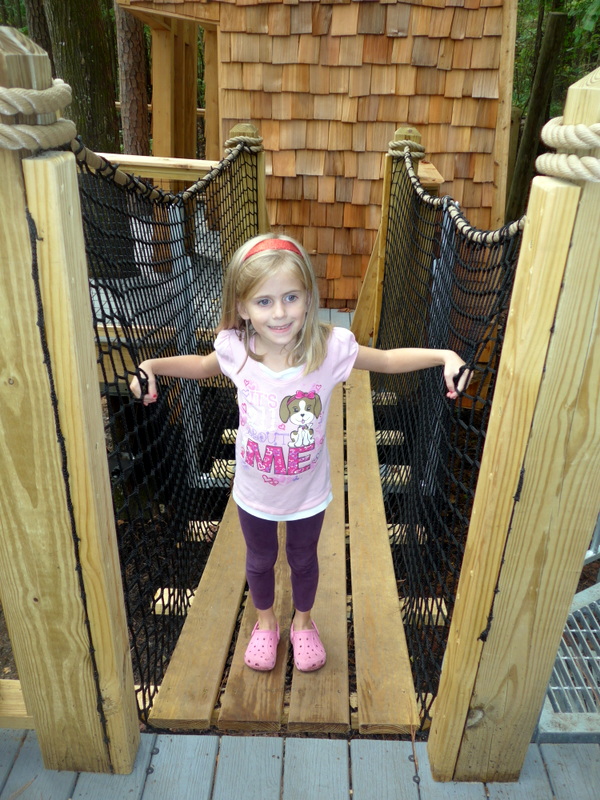 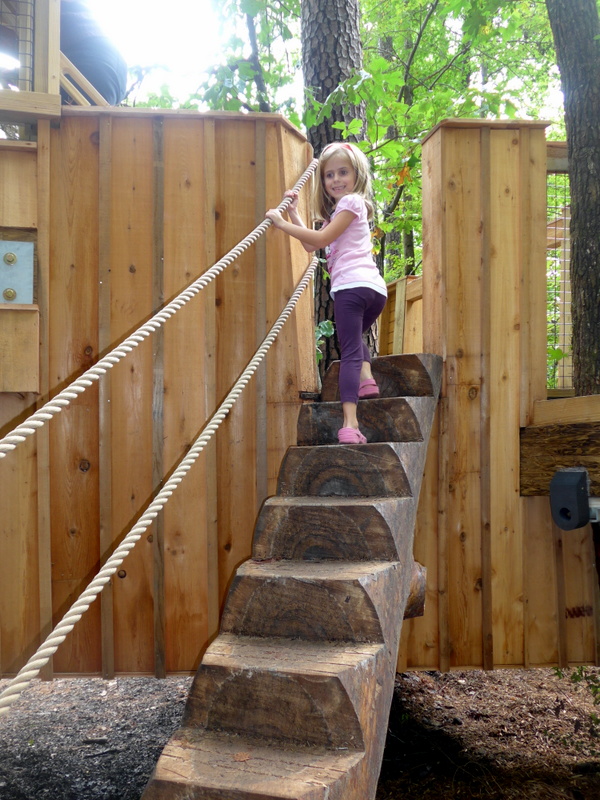 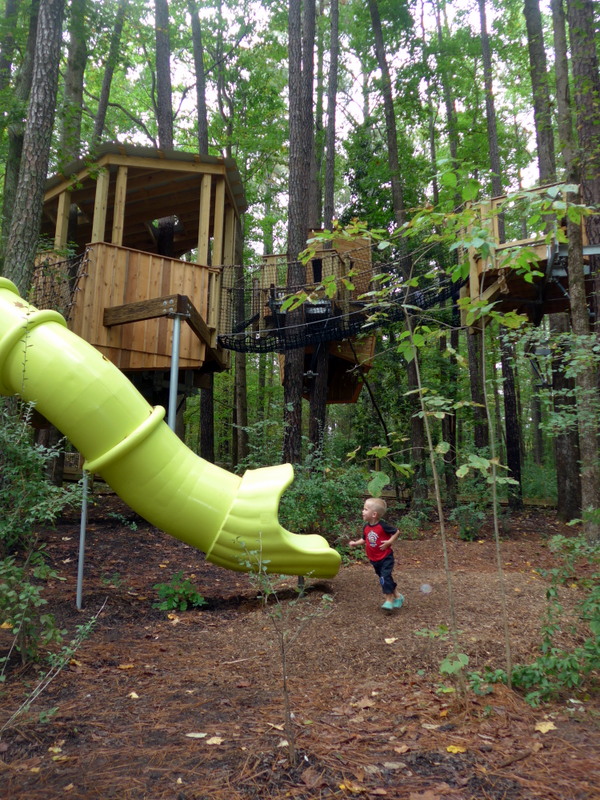 Oh, until he discovered the stream running through the middle of the park. 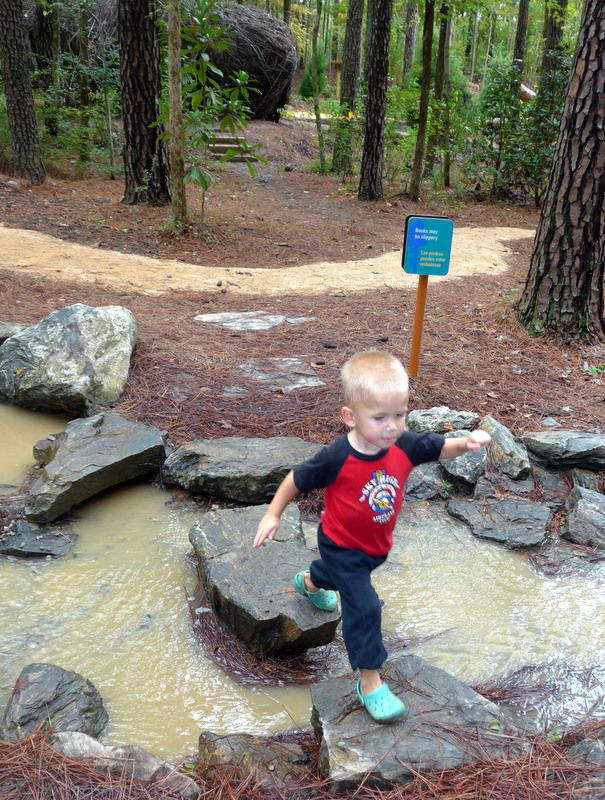 He started out trying to stay dry but pretty soon he was sticking his head under the waterfall and using his Crocs as boats, chasing them as they floated downstream. He was drenched from head to toe. But he was so incredibly happy. 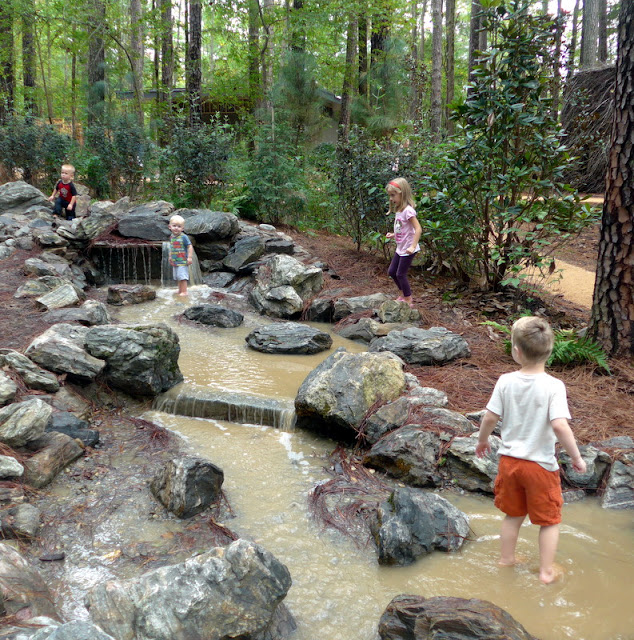 Here he is exploring with his little friend Ethen (the girls were climbing around the treehouse with Ethen's sister): 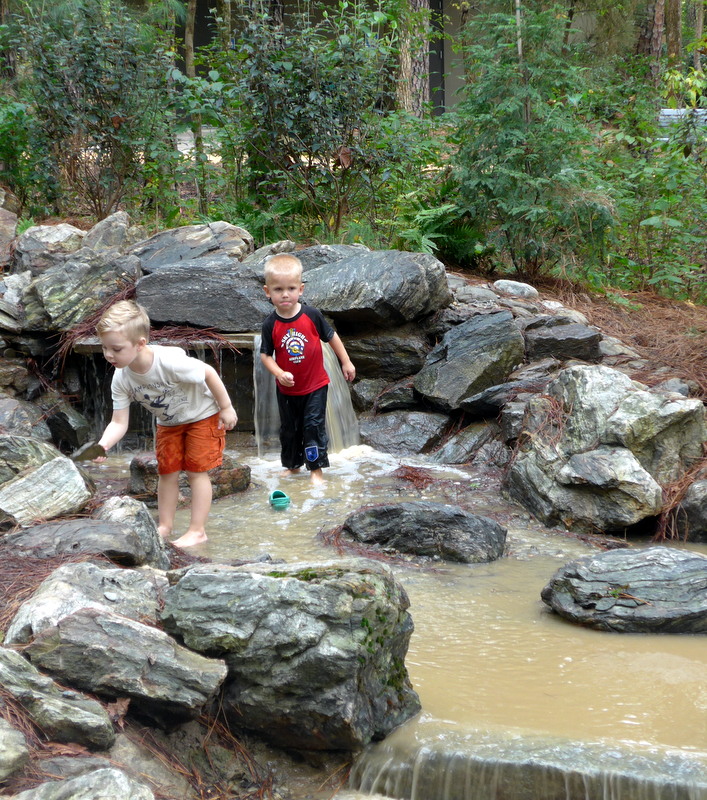 We stayed until closing time (nearly four hours) and it wore the kids right out! 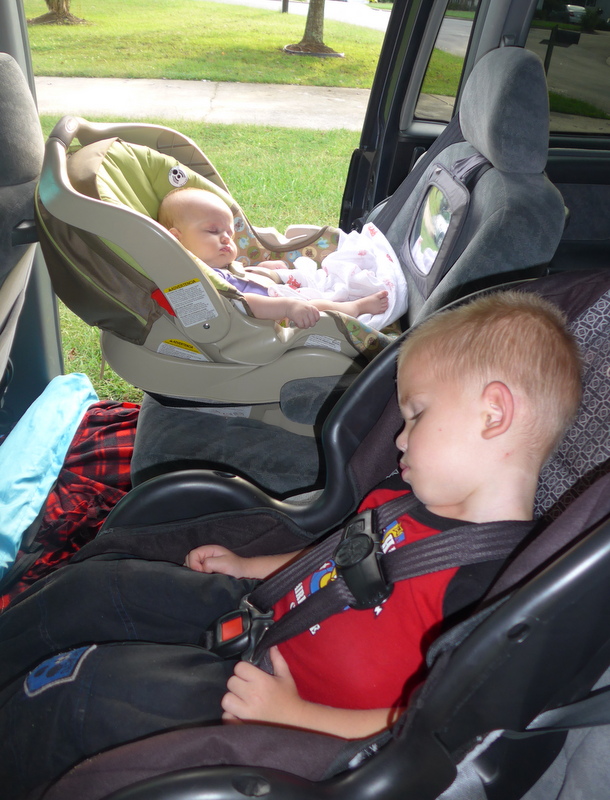 I daresay we'll be going back again soon. We were fairly frequent visitors before but now we're destined to be regulars.
Posted by Nancy at 11:45 PM