When Benjamin was five months old we moved him from the little co-sleeper to the bassinet part of the pack'n'play. Zoë's only four months old (which really is the equivalent to his five months because he was premature) and she's in the process of transitioning to the pack'n'play as well. Rolling just isn't compatible to a little sleeper like this.

We took a few pictures today so that we can put it away (sniff, sniff). Here's sweet little Zoë-girl, showing how big she is in her bassinet. Sure, she could still sleep in there easily (and she did during dinner) but she also gets annoyed by it when she's flailing her arms and they keep hitting the side and when she's trying to roll over and can't and so forth, so it's got to go. 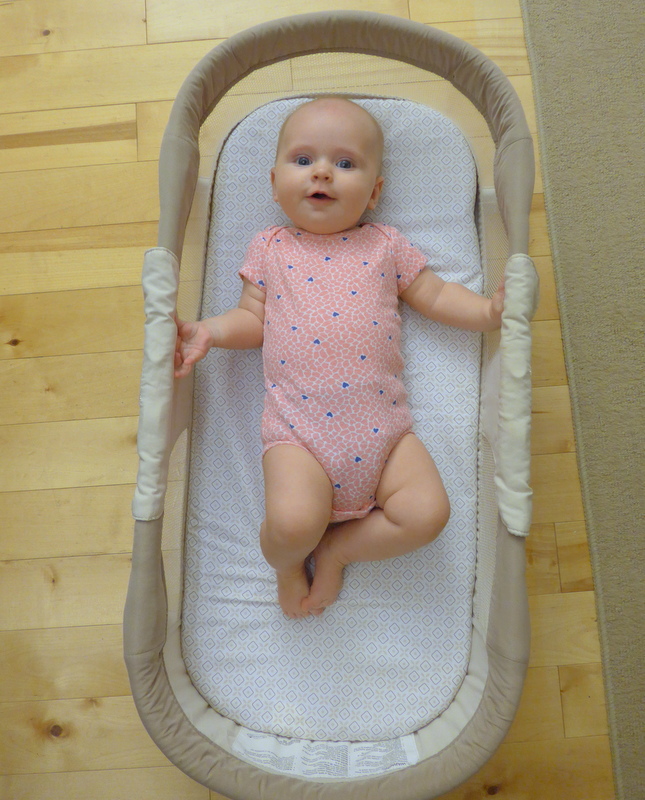 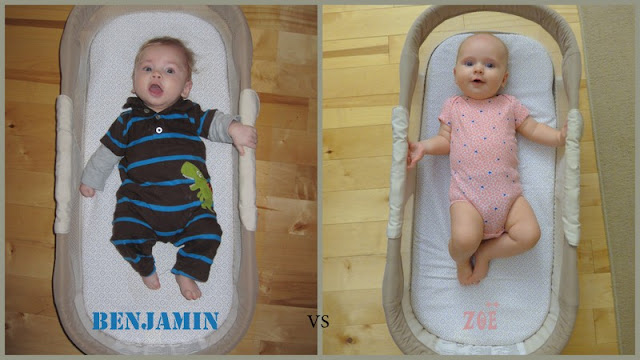 Why did he get the glorious hair (look how fluffy!) while my sweet baby girl is Baldy McBalderson and my sweet little hair clips are all wasting away their time?

Benjamin was more than willing to jump into the co-sleeper this afternoon so that I could take some final pictures of him in it. He's been playing in it and I've been telling him not to...so he jumped at the chance to have permission to get inside. He had a hard time staying still for a picture. He said he was pretending to be Baby Zo and she always kicks her legs so he had to, too. 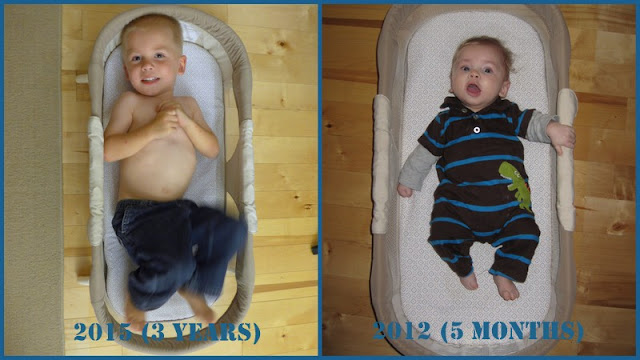 If it really came down to it, we could probably have him sleep in the co-sleeper still! 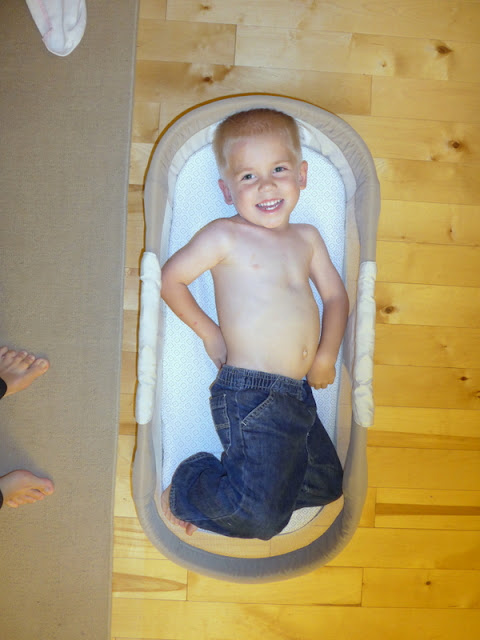 He is getting a little long for it, thank goodness, though if we'd stuck him in it last year he probably would have fit like a glove (he's been growing like nobody's business lately and is almost in 2T now—wee!). 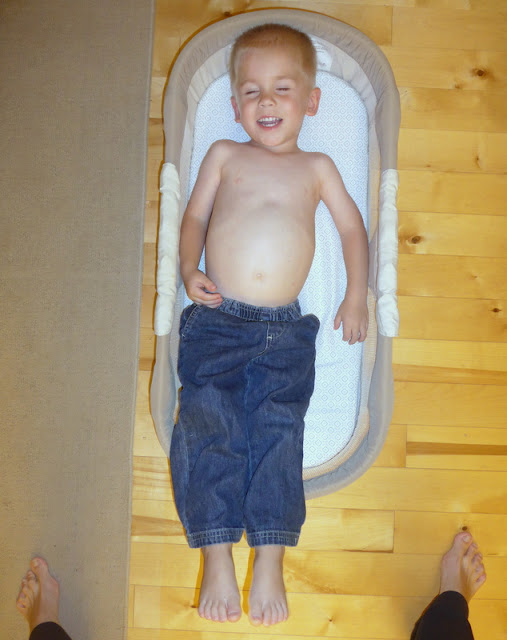 At least she's learned to pointedly pull hair.
Posted by Nancy at 10:34 PM