We got a package in the mail from my mom this afternoon, which I opened so I could sort out what was to be given now and what was to be given later. I brought out the costumes my mom had sewn during family night. While I was getting them I had the kids sit on the couch and close their eyes. I put a little bundle in each of their hands and then told them to open their eyes.

While Benjamin and Rachel were still trying to figure out what they were holding, Miriam leaped off the couch squealing, "Snow White! Snow White! I've changed my mind! I'm being Snow White for Halloween!" 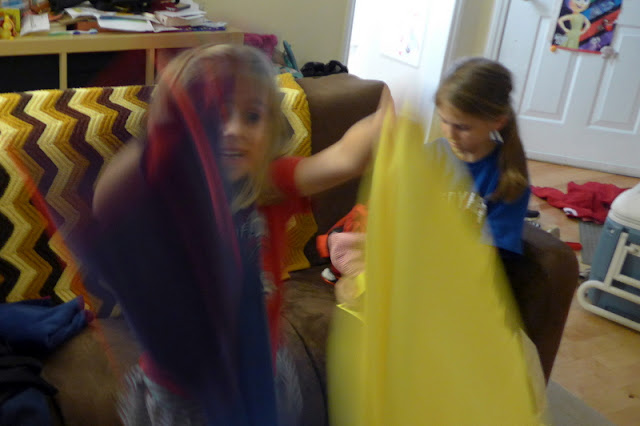 We'll have to make a couple of adjustments (the skirt is a tad too big and she wants me to put a bow on the headband) but other than that she looks like a real princess: 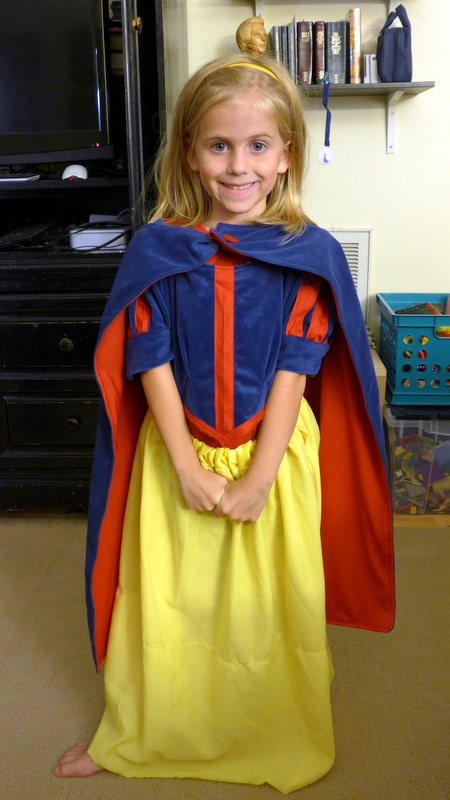 Hmmm...I guess that picture was taken before she got the headband on, so here's one with all three kids: 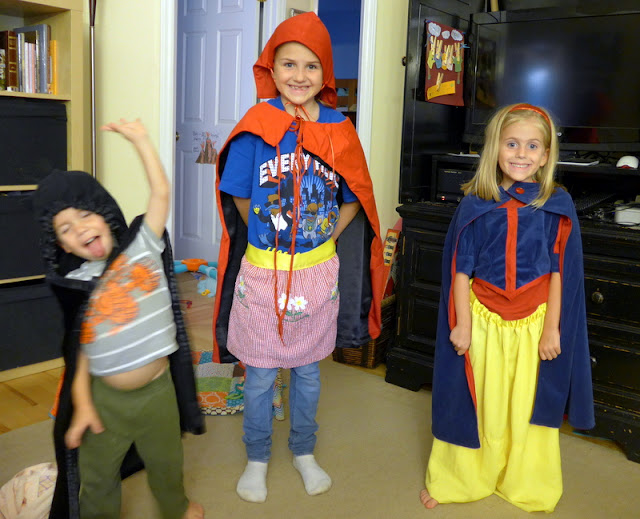 Benjamin's wearing a Batman cape, Rachel's dressed as Little Red Riding Hood, and Miriam's Snow White at the end (with her skirt falling off).

Benjamin could not figure out how to take a picture this evening. Like, he really could not look at the camera and smile nicely while standing still. 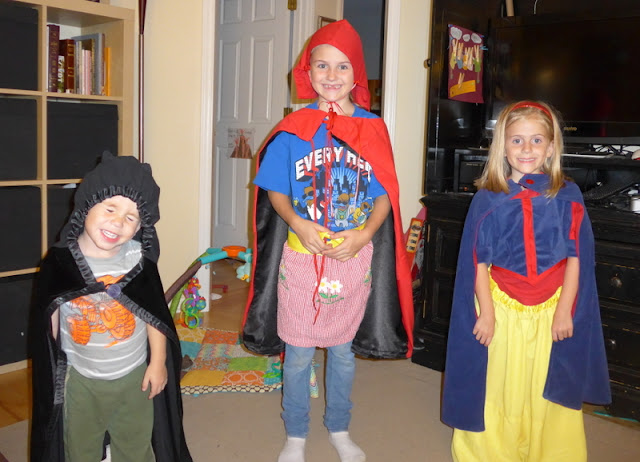 Rachel will need to find a dress of sorts to wear under this; the dress my mom sent was too small for her (which is a real shame because she liked it enough to announce, "I'm going to wear this for the Primary Presentation!" when she first saw it—but she can't pull up the sleeves past her elbows...so...).

She loved the apron though, and enjoyed wearing her cape.

I guess I still have more time to persuade Rachel to choose something more iconic.

Miriam didn't want to get out of her costume, but we convinced her to take off the skirt for our family walk because, as I said, it's falling off her waist (probably due to poor measurement taking on my part). She proudly wore the cape on our walk, though!

Benjamin excitedly found his (too small) Batman pyjamas to wear with his cape when it was time to get ready for bed, but when I asked him to smile for one last picture, this is what I got: 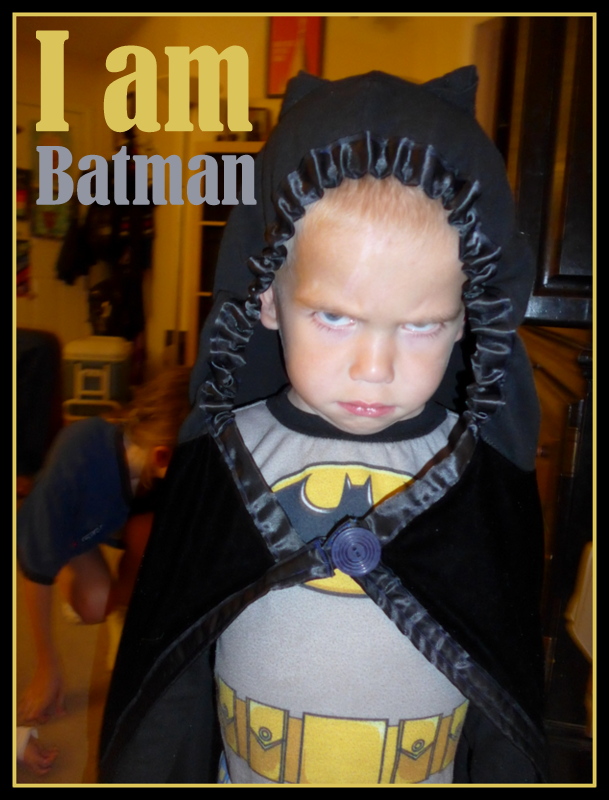 As Uncle Patrick pointed out, smiling is against Batman's code, so I suppose Benjamin was just getting into character.