This morning Zoë and Benjamin managed to get along for a little while. Lately she's been finding puppets hilarious, so Benjamin put on a little puppet show for her, which she loved. He also "read" a few books with her. It was like a miracle. 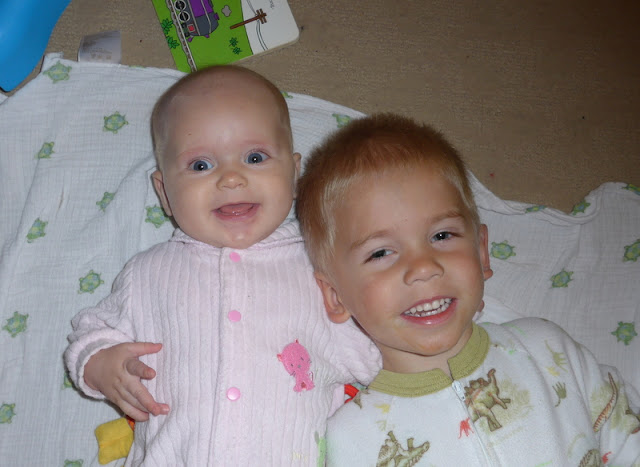 Most of our day was spent working on Benjamin's Halloween costume (turning a cardboard box into a train). We're almost finished!

The big girls had an early release day so after they got home we went on a hike on a trail behind our neighbourhood. Rachel spotted a white blaze on a tree and said, "Hey! I thought white blazes are part of the Mountains-to-the-Sea Trail!"

"This is part of the Mountains-to-the-Sea Trail," I told her.

"Oh, cool! I could walk to school from here, then, because the trail behind our school is also part of the Mountains-to-the-Sea!"

And it's true. She could walk to school on this trail. She could also walk to the Outer Banks. Or to the Appalachian Mountains. It would just take her a long time. 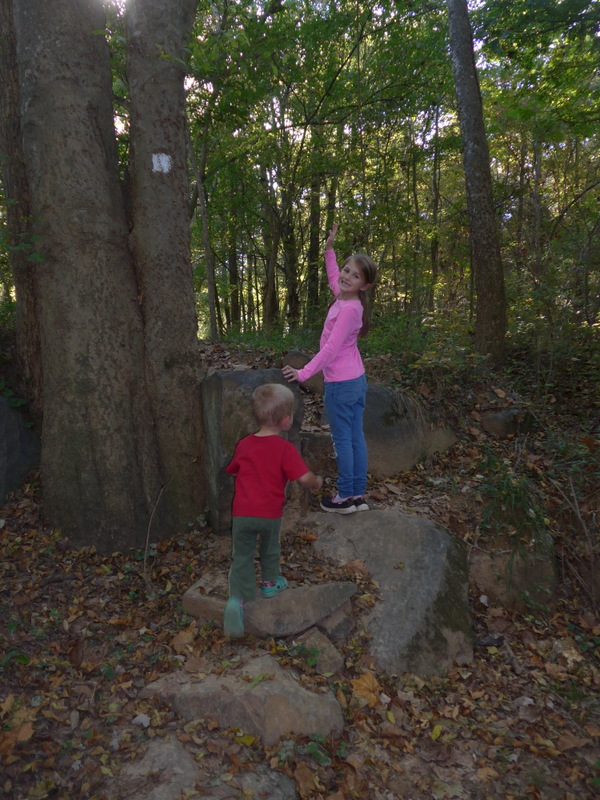 Sometimes for PE the kids go hiking, which is probably why she could tell me so much about it. 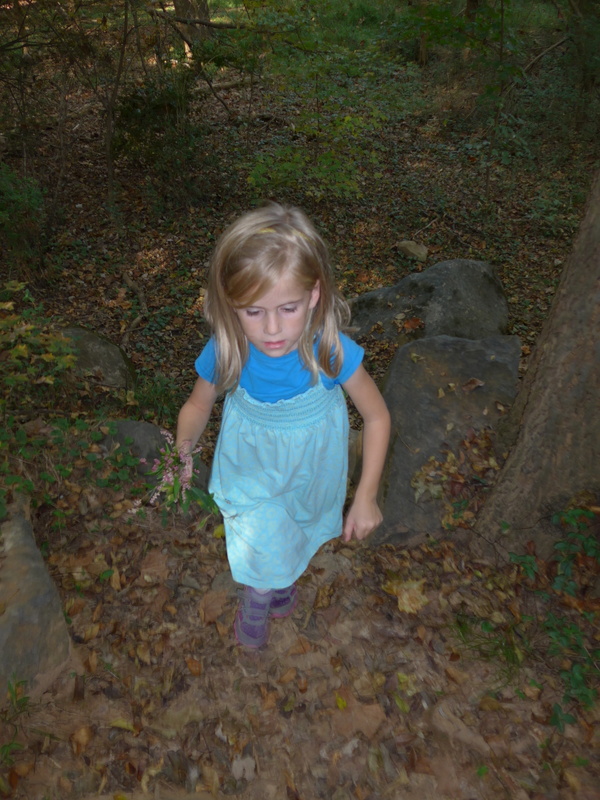 We stopped hiking when we reached a playground. The kids played while Zoë practiced sitting up. She's still a little squidgy but she's getting stronger every day. 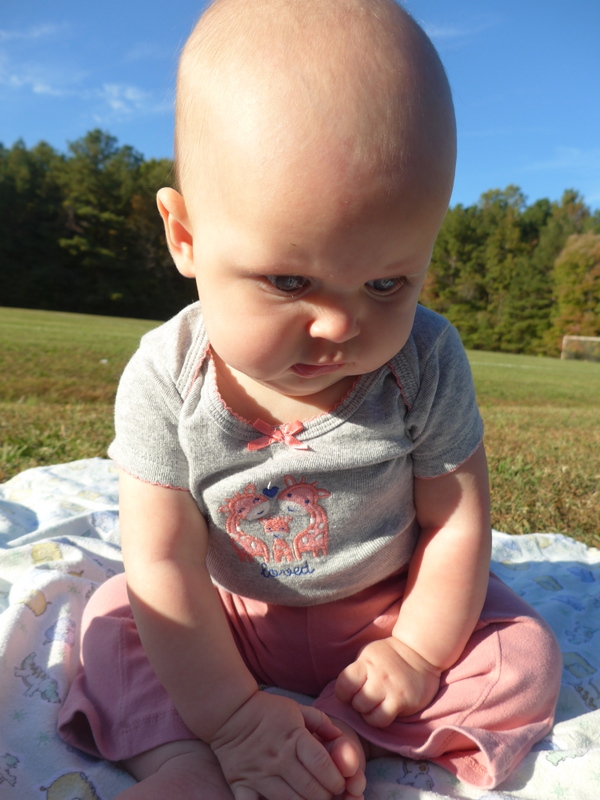 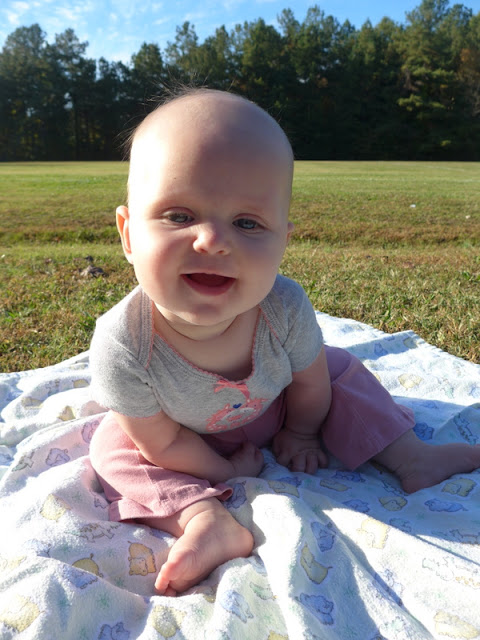 After she gracefully collapsed onto her stomach she quickly bunched up her blanket, getting it out of the way so that she could play with the grass. Blankets are for sissies. 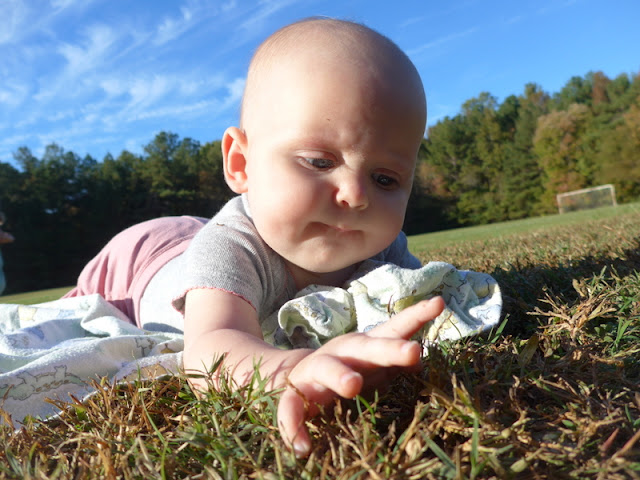 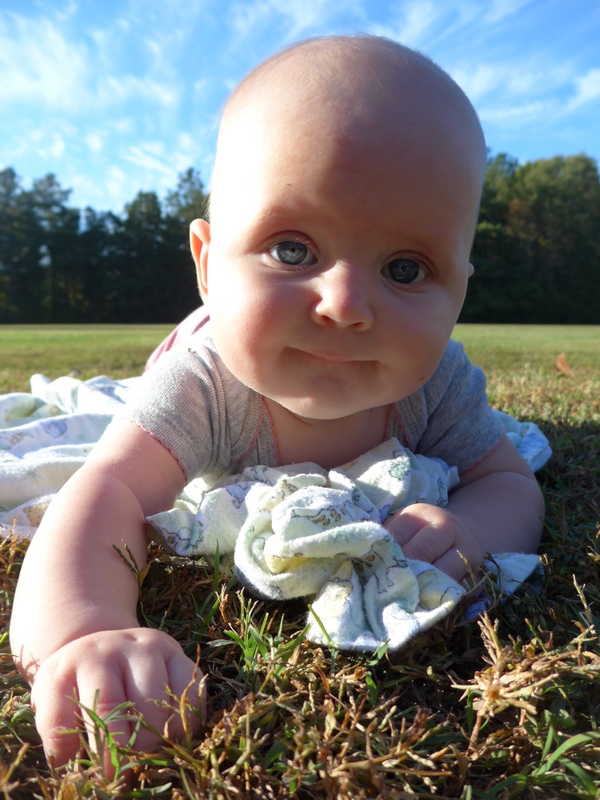 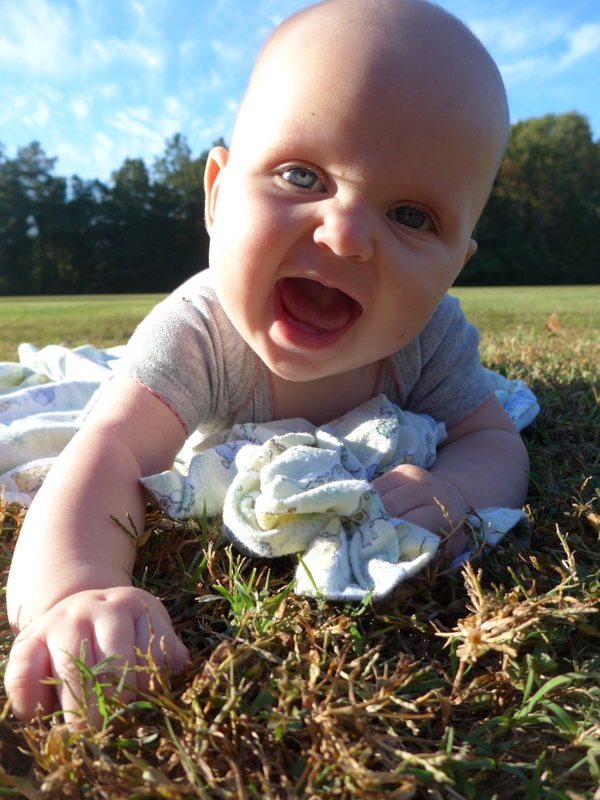 Miriam wanted me to take her picture balancing on this little pony wall. I'm sure that's exactly its intended use... 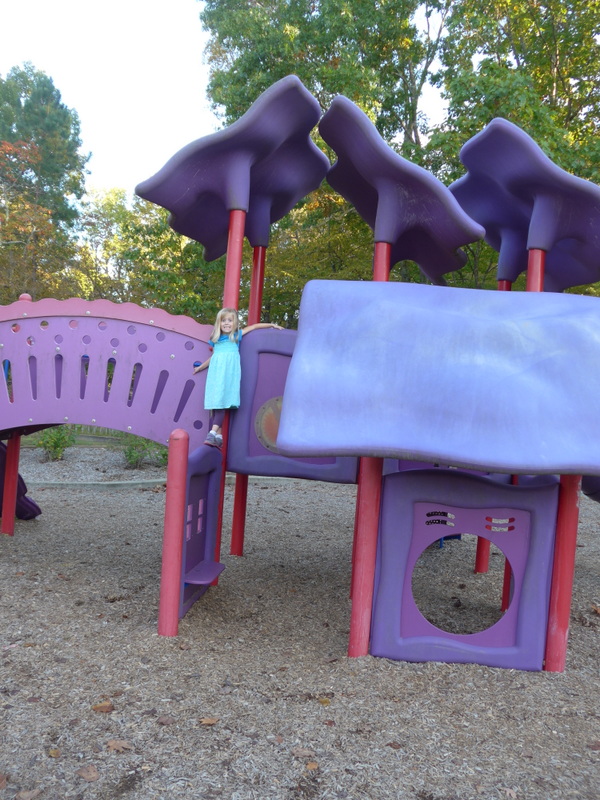 Here are the kids heading back on the trail, with the Eno river behind them. 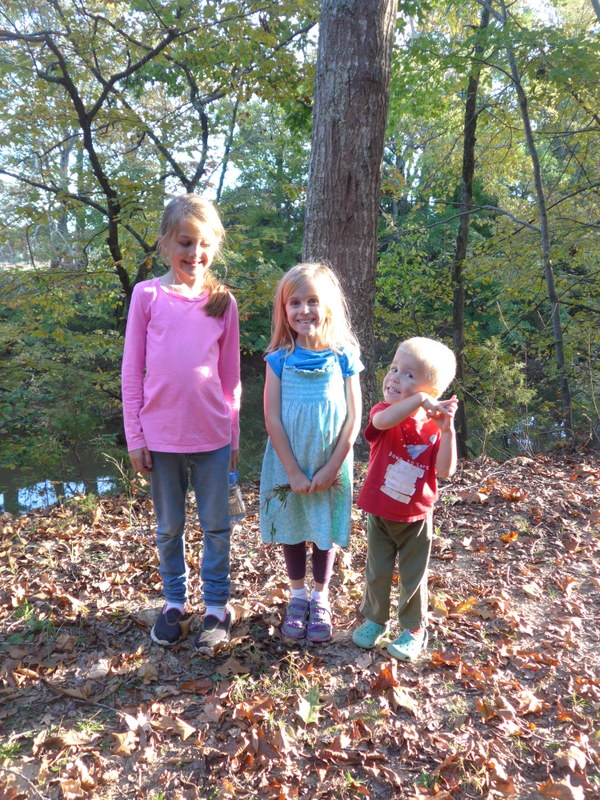 And here I am with Zoë: 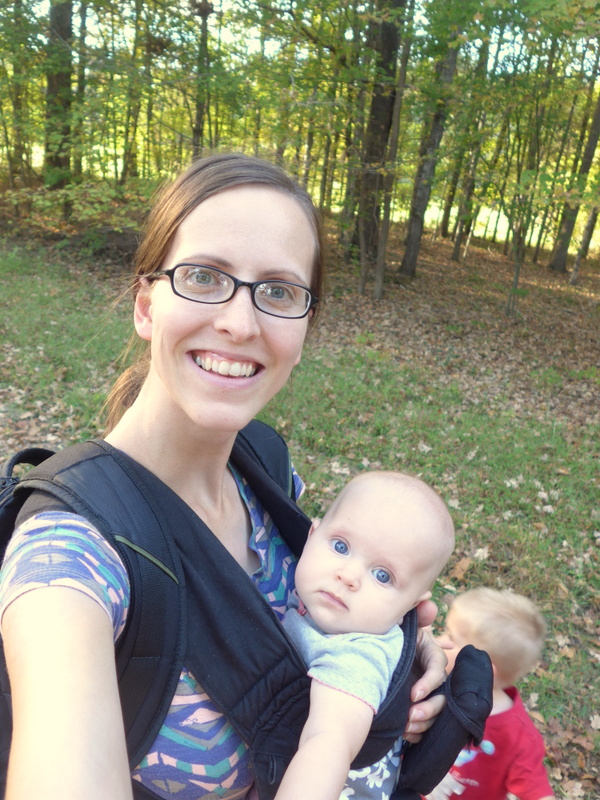 She's so cute. I can hardly stand it. 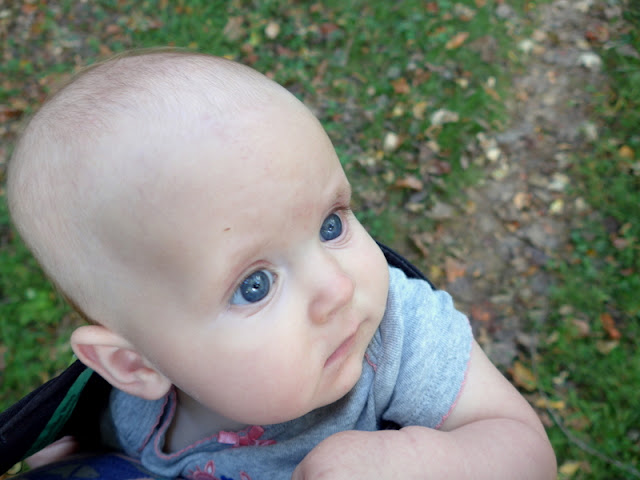 Here are the kids examining the north-facing side of a rock—it was thick with moss, which the kids found fascinating. 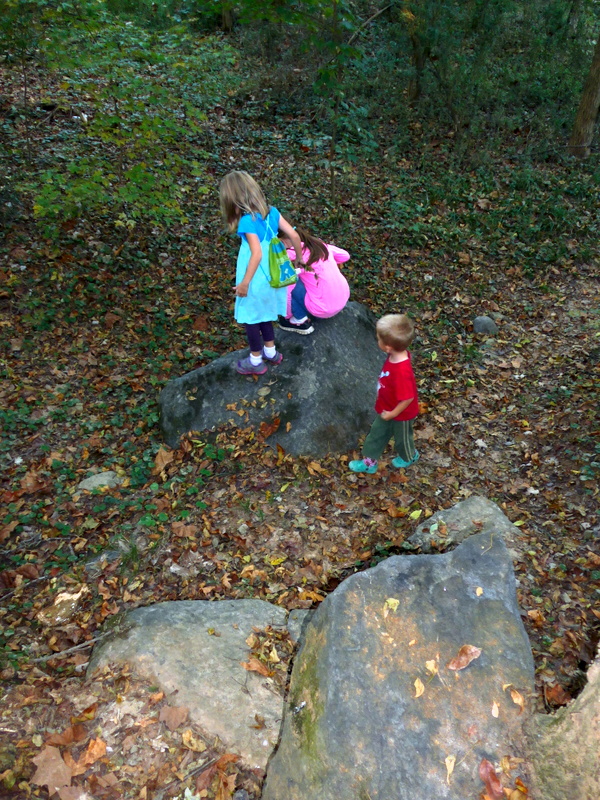 Here they are on the footbridge: 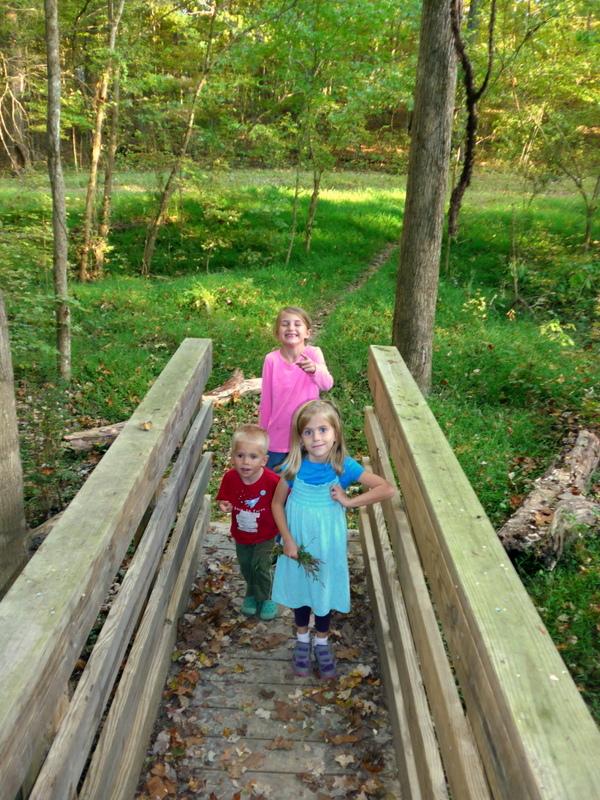 And here's Zoë, chatting away to me while we walked. If you look closely you might see her new little tooth poking through: 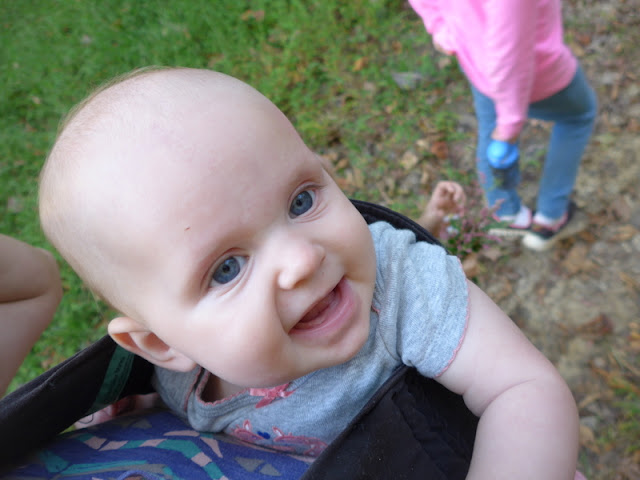 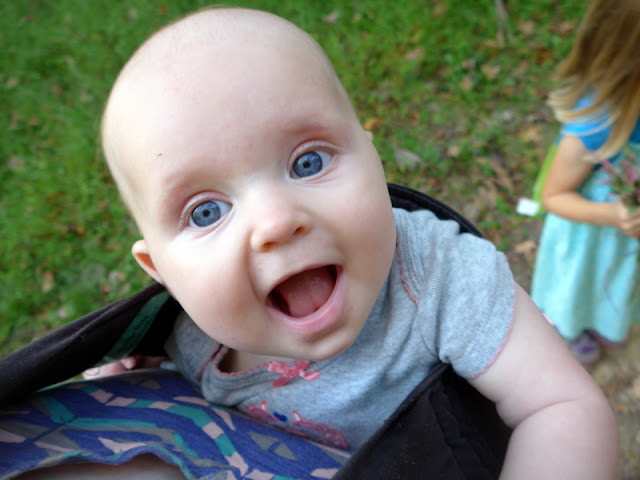