I have a handful of childhood Halloween pictures in my possession, which I'll share here.

The first is from 1988; I'm three years old. My parents took me to my big brother's kindergarten class party. I dressed as a genie. My dad is wearing my hat so that it wouldn't fall off and get wet while I was bobbing for apples. 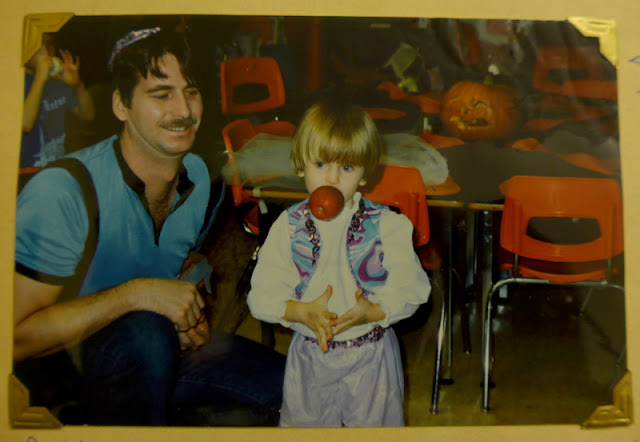 The next few are from 1990. I think this was the first year I dressed up as a black cat. My mom sewed the hat and tail for me. I think I wore this costume most years growing up, to be honest. I loved cats so much! Kelli was Mary Poppins that year, Abra was a tiger, David was Batman, and Patrick was a little lion. We had a terrible camera that year, but Picasa's magical "I'm Feeling Lucky" button worked some magic on these pictures and you can actually kind of tell who we are! 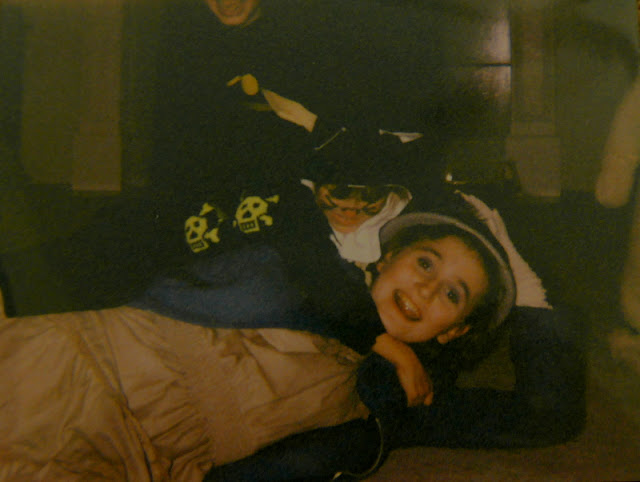 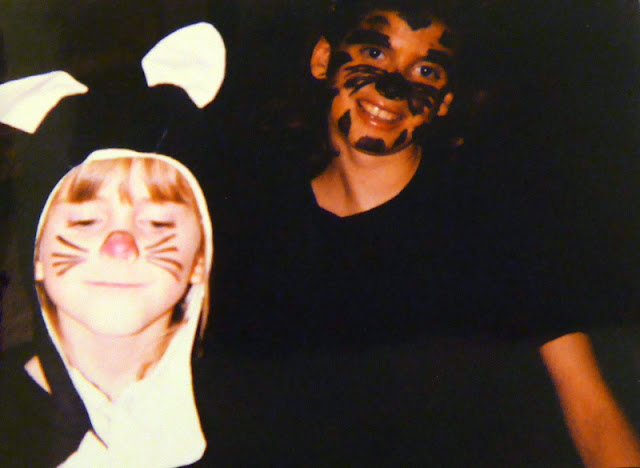 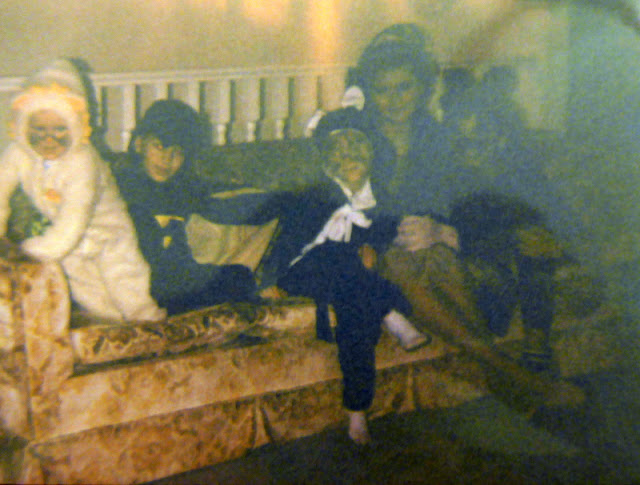 This last picture is from 1995, I believe. It's our first year living in High River and Josie is a little baby. You can see she replaced Patrick as the lion. This year Patrick is a vampire and David is a basketball player. My friend Kaley and I dressed up as pirates together; I am the one in the red and blue striped shirt. I think this was taken before the ward Halloween party because Kaley came with us. 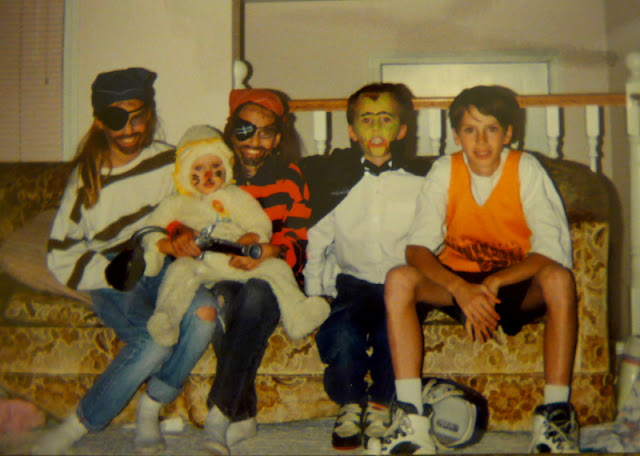 I'm sure there are other pictures elsewhere of other Halloweens, but this seems to be all that I have. I know one year I was Amelia Bedelia and I made a big black bonnet out of cardstock (and it was awesome). Another year I dressed as a pioneer. But mostly...I was a cat.

I also have a couple of pictures of Andrew that his mom scanned and put online. Here he is dressed in a Chinese outfit, circa 1987. 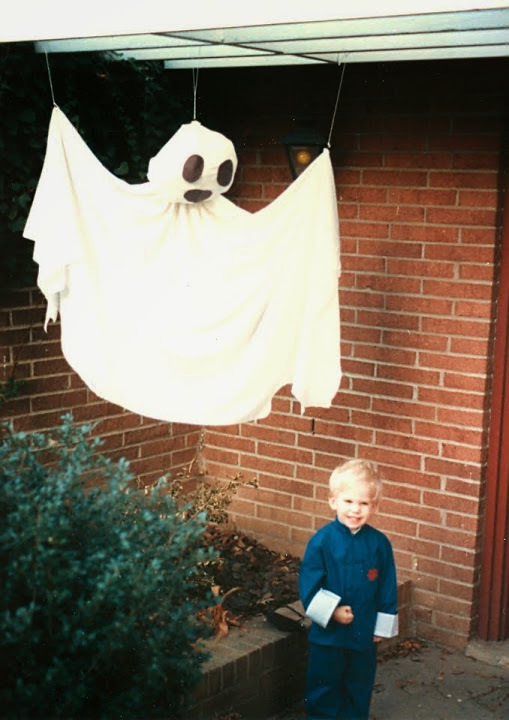 And here he is dressed as an IBM computer, with Katharine as a witch, circa 1990. 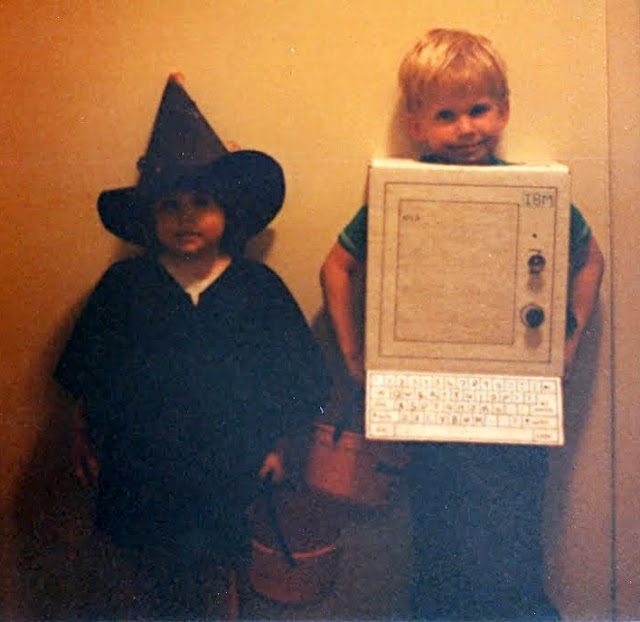 We're guessing on the date of both of those pictures, and there could be more lurking in Karen's archives that I failed to see (it's rather late after all (so finish nursing, Zoë, and go to sleep)) but this will do for now.
Posted by Nancy at 12:42 AM