Today was Benjamin's second class at Little River Regional Park. It was on lizards and he loved it! Miss Michelle read a book called Where's My Tail? about a little lizard who drops his tail to escape from a predator and then goes on a quest to find it (hint: it slowly grows back while he's hunting around, getting longer with every page turn).

Then we looked at pictures of different lizards we might see in North Carolina. The most common, by far, is the five-lined skink, often mistakenly called a blue-tailed skink because, well, it has a blue tail. It will drop its tail when threatened as well so we often see tailless skinks running around the foundation of our house, as well as many with tails.

Miss Michelle mentioned that she's had skinks drop their tails when she's been trying to catch them.

Benjamin raised his hand and said, "Well, just catch them using a box. Then they don't lose their tails."

She thought that was a very good point. And, yes, we've caught a few that way so Benjamin speaks from experience.

After the story and discussion we headed outside to pretend to be lizards (we met in the office because it's been so wet and chilly). Each child got a lizard tail to tie around their waist—a lamanated piece of cardstock was hole-punched and threaded on the string and the cloth tail was velcroed to the cardstock—and then a few children were designated as predators and the idea was that they'd chase the lizards and steal their tails.

This wasn't the best game for toddlers. They all cried when their tails got stolen. But it was a cute concept! Miss Michelle ended up switching things up so that she was a lizard and all the other little lizards would chase her to try to steal her tail. This version of the game was much better received (but not by Benjamin who still didn't want to participate and hid behind me most of the time). 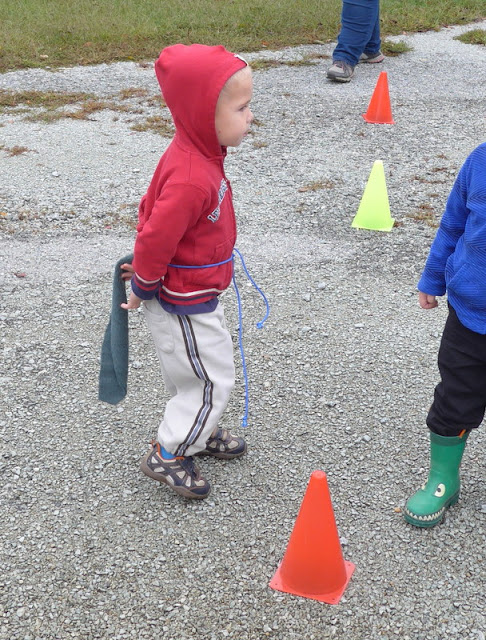 Back inside, we made lizards for craft time and there were enough materials left over for the girls to participate as well. They aren't signed up for the class, but I figured they could play at the playground while Benjamin did his thing...but then we didn't meet by the playground so...they got to participate, too! Here are their finished lizards (they have tissue paper bellies so are like stained-glass window lizards): 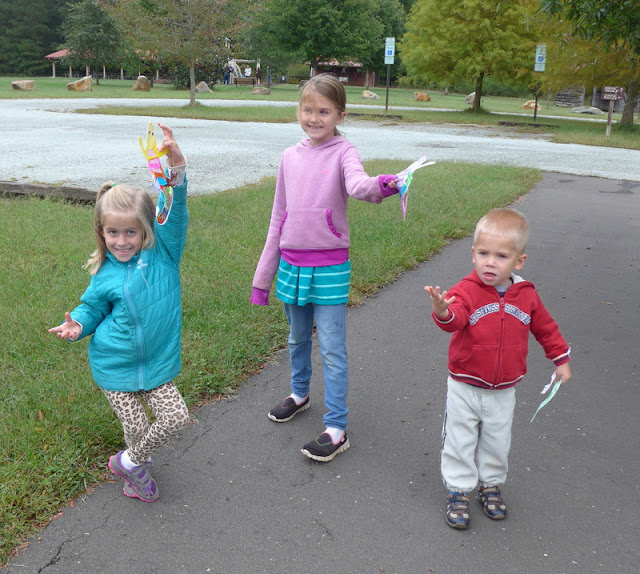 After the class we went for a hike. My little hikers had mixed feelings about this. 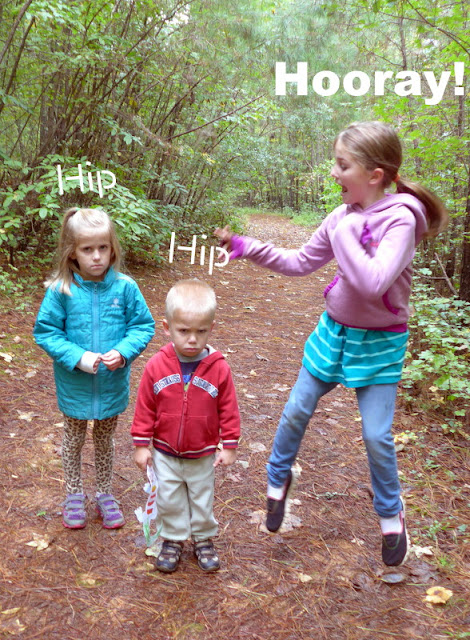 We walked to a little creek and a little further before turning around. Rachel had wanted to do the whole loop but when we got back to a map I showed her how far we'd gone (not far) and how much longer the loop was (much longer) and even she was happy that we decided to turn around. 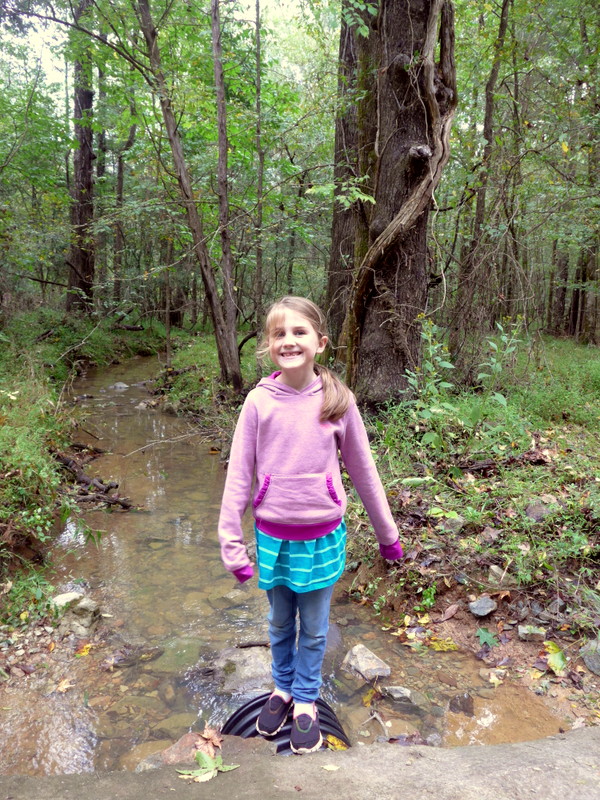 It was about this point in the hike that a large owl swooped overhead. The girls were quite perplexed that this owl dared be out during the day. I pointed out that sometimes even they get out of bed for a drink of water. Andrew's pretty sure the owl was just coming back to roost after brutally attacking some unsuspecting person. 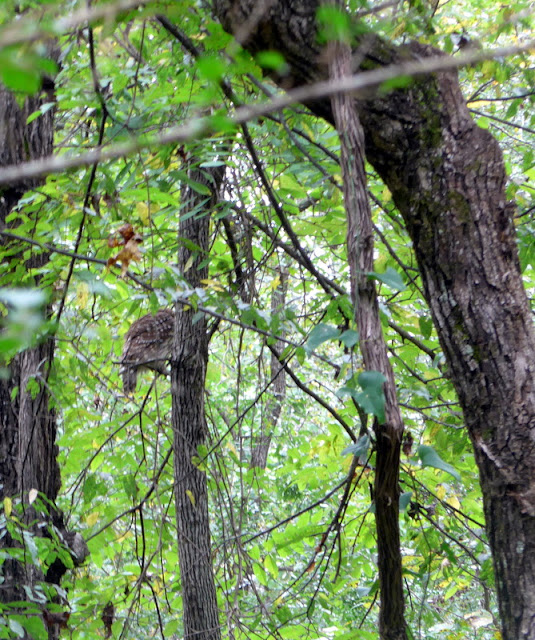 Not a bad way to start our day, really. 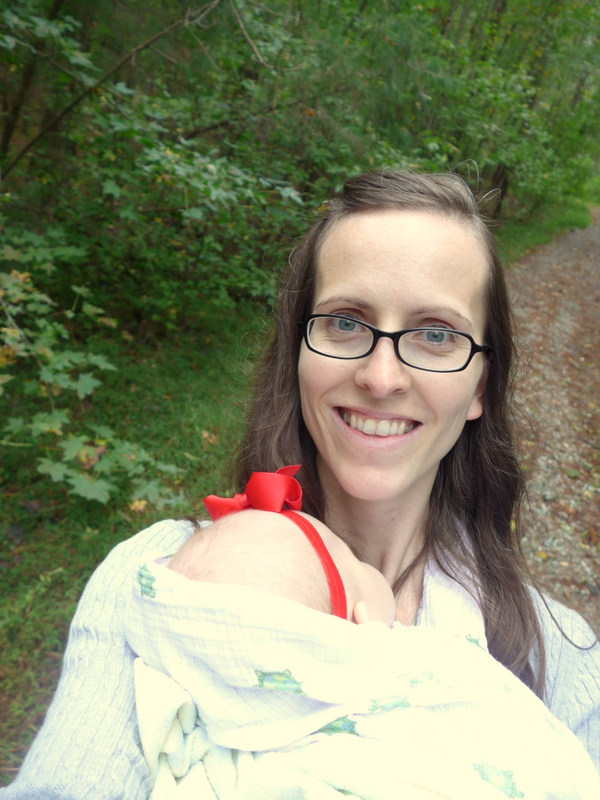