The trunk-or-treat was a fun this year. The most popular addition was the Photo Booth. We had someone take our picture for us but I forgot to check to see if it turned out until we were on our way home and, sadly, it didn't turn out well. It's the thought that counts, right? I think I see us all in there. 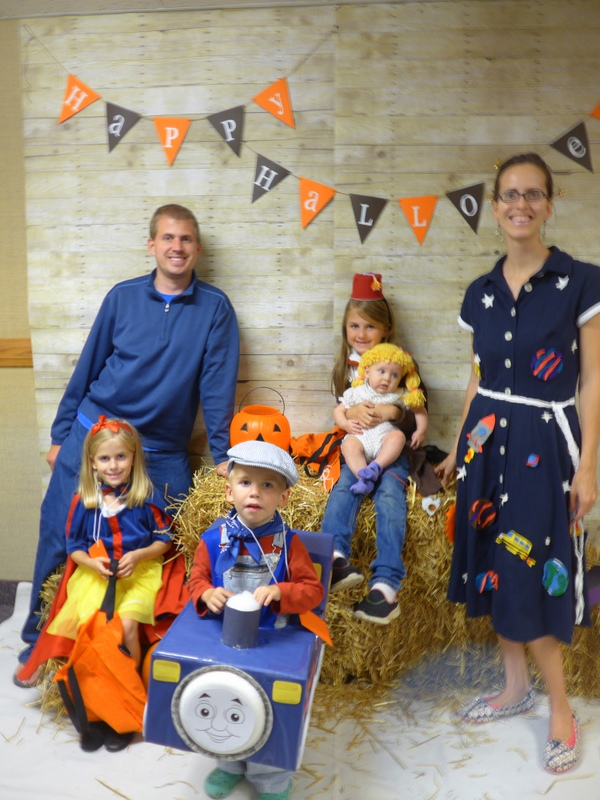 I worked the "front desk" in my Ms. Frizzle costume the first half of the party so I missed a lot of the goings on. We handed out passports this year rather than let the kids collect a bunch of candy/toys at every game station. I think it worked well, though we ran out of passports super fast (so we know that more than sixty kids attended). 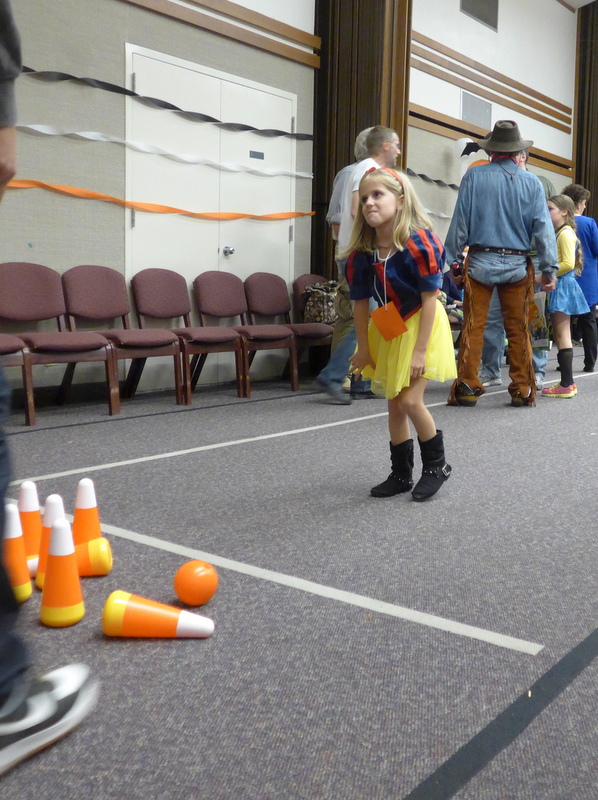 It's still useable, I think. But I'm just like...seriously? *sigh*

I hope you get a kid just like yourself one day—take that, obnoxious teens!

(Note to my kids: You have permission to be obnoxious teens (because all teens are, a little) just not like that. Be respectful, m'kay?)

Anyway, Miriam eventually dragged me away from the desk and into the party. Rachel was off with her friends, Andrew was tied up with Benjamin and Zoë, and Miriam felt out of place. So I went around with her. There was a lot to do! 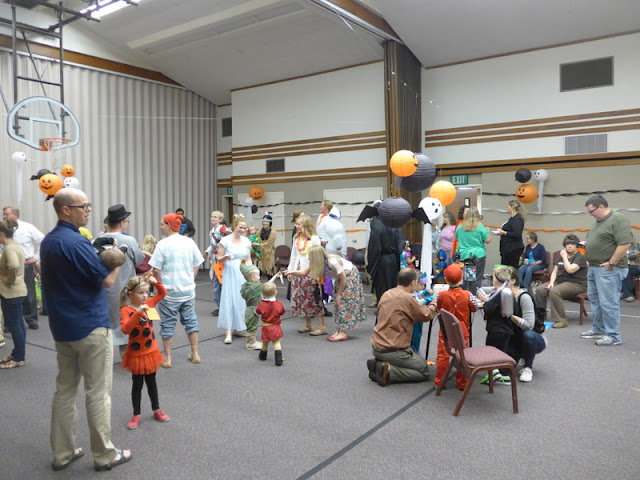 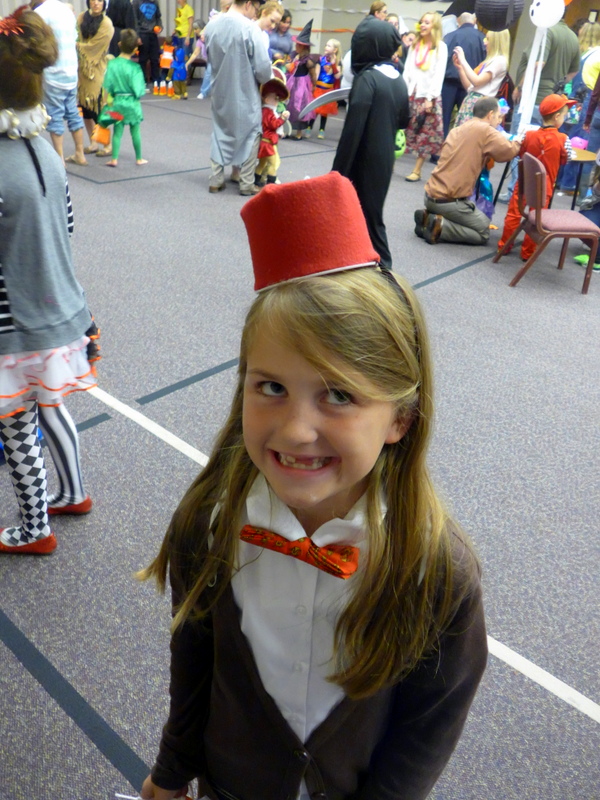 Here I am taking a turn with Zoë and Benjamin while Andrew took Miriam around: 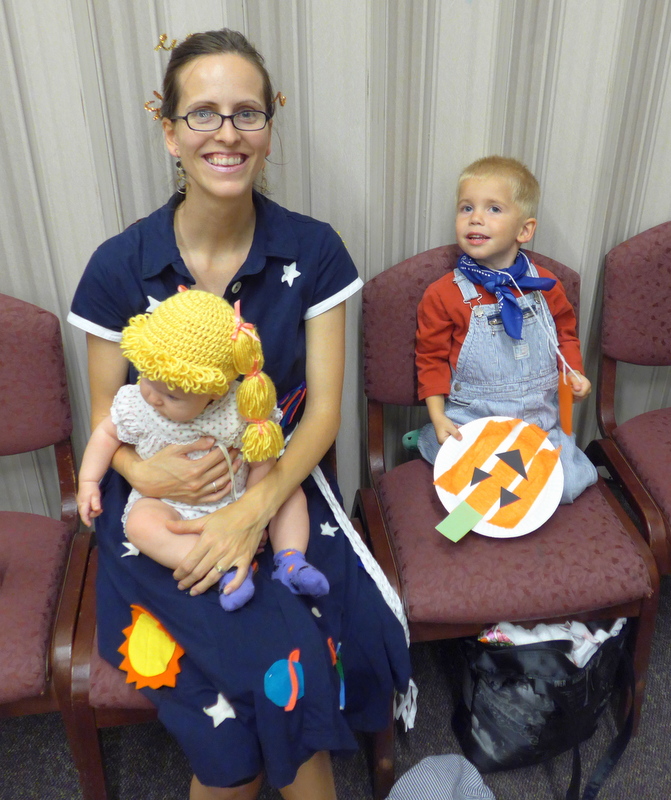 Benjamin made that cute pumpkin...and then lost it. Poor boy.

Zoë was rocking the Cabbage Patch look in one of my 1980s baby outfits: 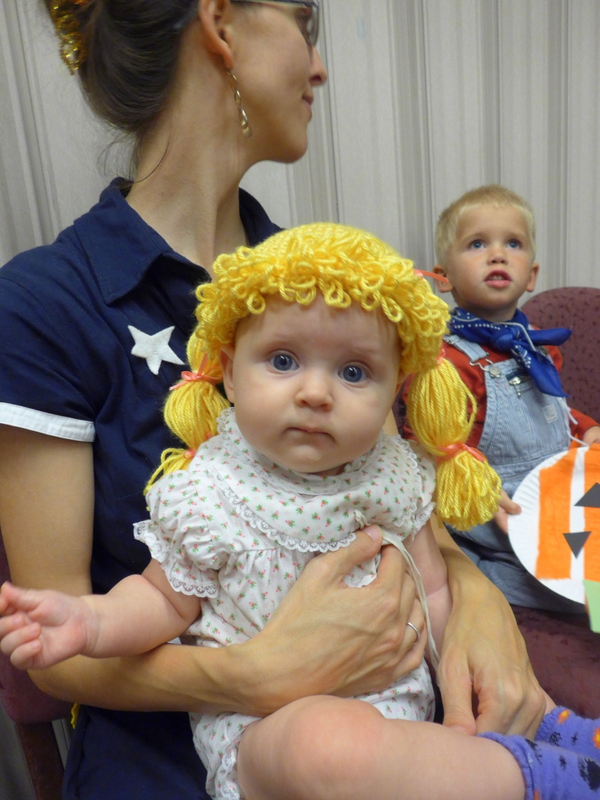 Instead of a parade around the gym a catwalk was erected. It was a nice idea in theory, but in practice it was a bit of a bottle neck. It was hard for the kids to wait in line that long. I will admit, though, that when Jay got up in his pylon costume and danced down the aisle it was well worth the wait. He was adorable.

Here's a picture of Jay in his pylon costume: 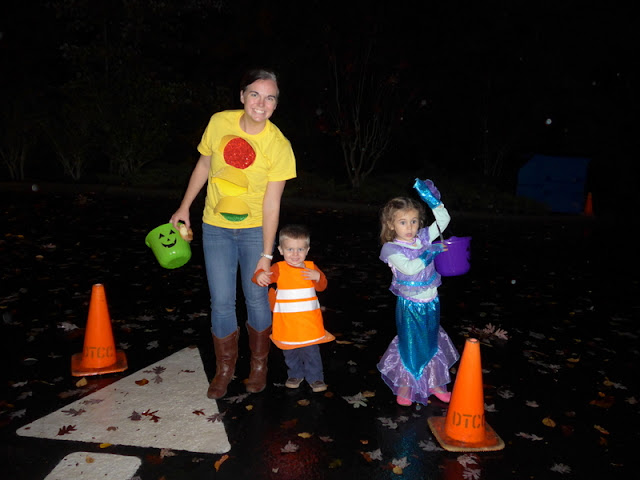 The same obnoxious teens kind of elbowed us out of line. We had been standing directly behind Rachel (who took her turn on the catwalk well ahead of us) but there was one obnoxious teen standing around us and then his obnoxious teen friends joined him and we got elbowed out of the line, so we went all the way to the back. And it was super hard to wait that long. By the time we got up there we were like, "I'm so done with this," and were not at all in a mood to work the stage. 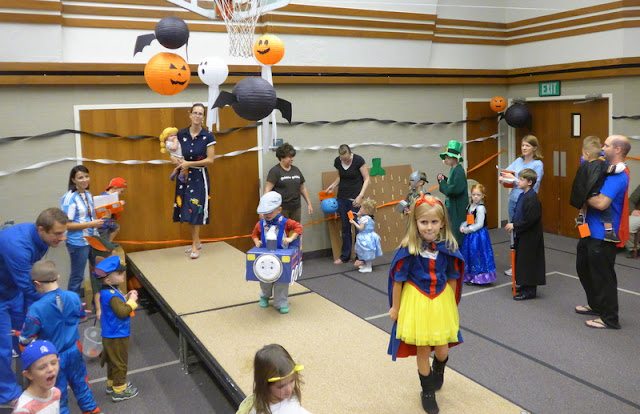 Not even Miriam, which was a little surprising. She wore the skirt Naanii sent for her birthday to be a "sassy" Snow White and it worked a lot better than the long one, which was always falling off her no matter how well I pinned it. She was a lot more comfortable this way—and I think it still looks super cute! 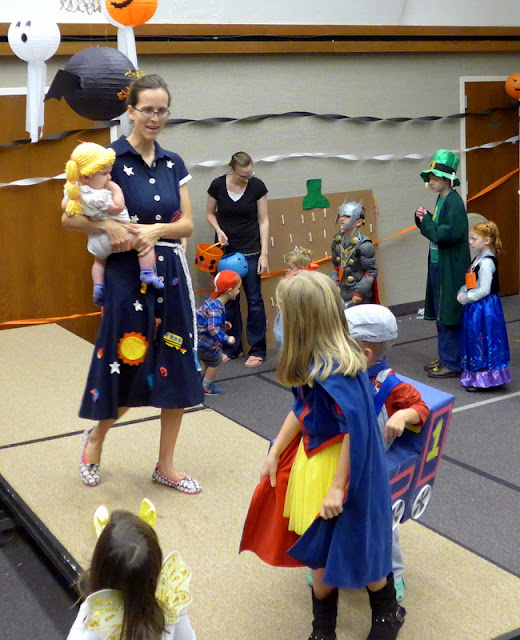 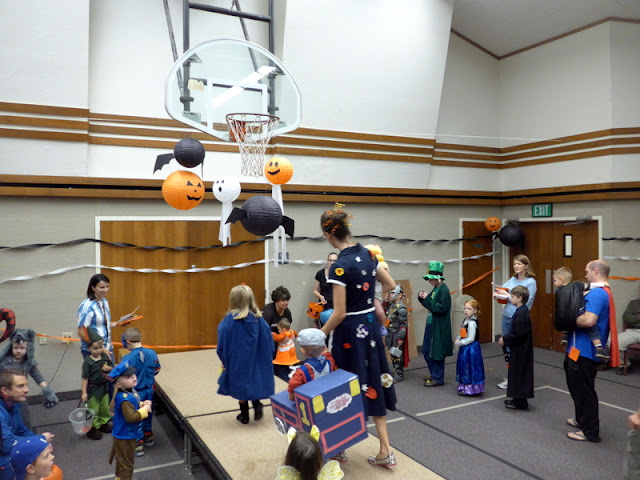 I just wanted to show how many planets Rachel and I made to stick on this dress. We stayed up pretty late one night cutting out felt pieces together.

We didn't win any prize for our trunk this year (of course, we also didn't have it open to be judged because it was raining). We pulled out our decorations just before the kids started asking for treats. We reused the TARDIS we made for Rachel's birthday party and put it beside Cassandra (the last "pure" human from the year 5 billion). I even made a little brain and put it in a jar; it was cute (for a brain). 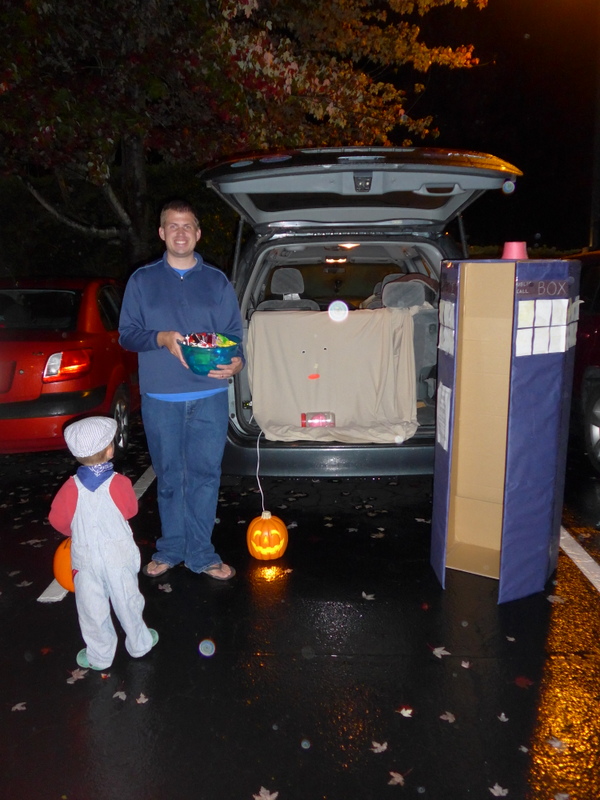 Miriam went around with her little friends. She had so much fun flirting with Brother Green—he kept saying that he couldn't help her because he didn't have any apples and Snow White only wants apples.

I took Benjamin around and he silently collected candy until he caught on that everyone else was saying, "Trick-or-Treat!" at each car. Then he started chiming in with that, too. It was cute, naturally.

Rachel went around with her friend Carolina, who is dressed up as Wendy. 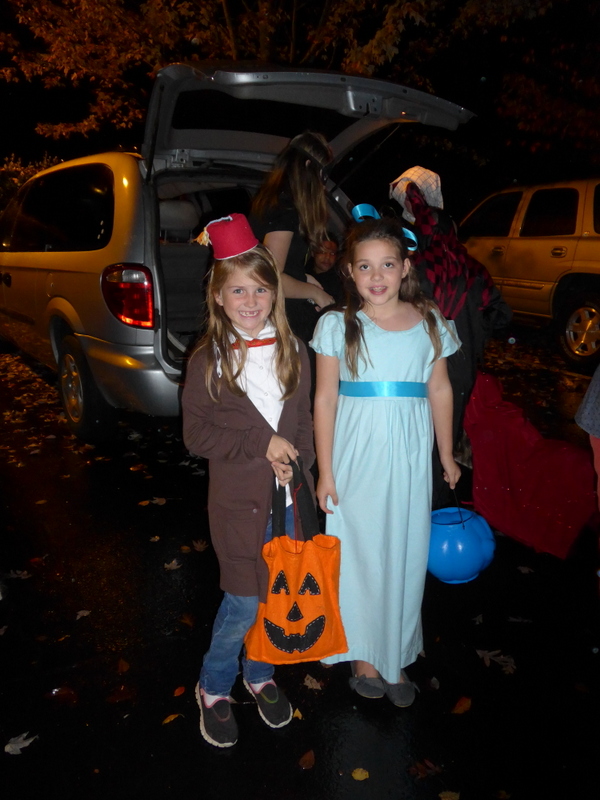 On the whole it was a great evening...until we got home and Benjamin started throwing up again.