The worst kind of award

Next month I'm giving a fifteen minute talk on keeping a personal history, so to prepare I hauled down my box(es) of journals from the attic (and, no, Mom, I don't have a big copy of that particular baby picture of me that you asked about), which means that I'll probably start up some Flashback Fridays again (though I'm also seriously considering NaNoWriMo this year so that means my blogging will likely suffer a bit).

But for now, here's a flashback for Wednesday because I finally found this picture I was looking for for ages (to show to Andrew for some reason that I can't remember now and then simply because I couldn't find it).

Whenever people tell me I'm skinny as if it's a compliment I kind of cringe because, frankly, it's not something that I really like about myself. I'm freakishly skinny.

Not every picture makes me think that, but sometimes pictures are mind-boggling.

And then I grew up a little and stopped because "mens."

Anyway, when I was little I was on a team called the PoCo Marlins. At the end of the season we all got awards. Our coach had cut ems out of wood and had painted them all purple (our team colour) and then made up awards for everyone. Abra's was something to do with water polo. She had a pretty little mermaid sitting on one of the peaks of her em. It was spray painted gold and in my eight-year-old mind it was the most enviable trophy of all trophies.

My em was just as tall as everyone else's but it was about half the thickness. It was just plain purple—nothing ornate about it at all. 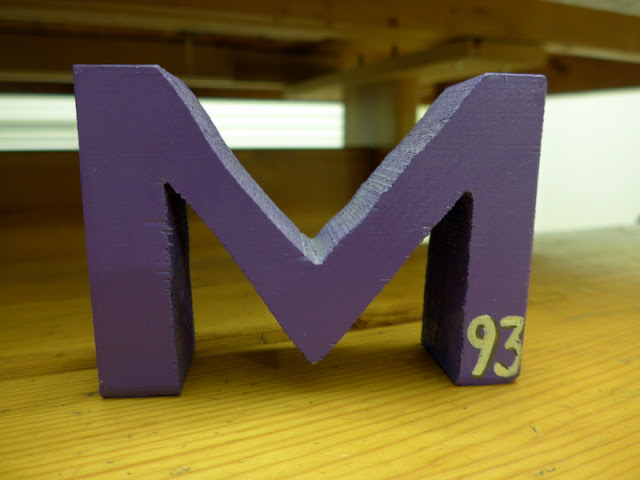 I got the "skinny award," for having ankles skinny enough to make my coach "want to vomit."

Her words, not mine. 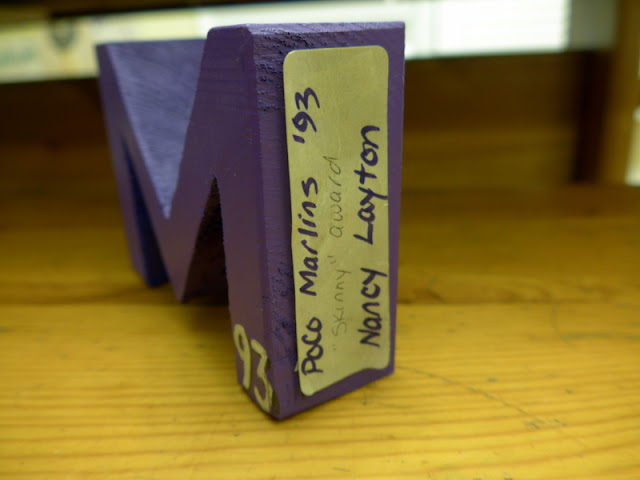 I've talked about body shaming before, but usually I'm reminded that people want to be thin, so since I fit the "ideal" body shape I have no idea what I'm talking about, that there's no such thing as skinny-shaming because...what?

I think any time you pin someone's whole being on a single attribute (physical or otherwise) it can be damaging.

When I was eight years old someone who should have been a role model for me told me that people feel physically ill—people want to vomit—when they look at my body. Let that sink in...and then tell me that skinny-shaming doesn't exist.

It would be a different story if that story was a single incident in my life, but it wasn't.

People would poke my ribs and spine and then shudder.

Being teased for my size was the story of my life all through my growing up years so I've never kidded myself that I've ever been anything but slender. Still, sometimes you look at a picture of yourself and you think, "Wowza—they're right!"

The picture you're about to see was the first time I really saw what everyone else saw.

By this time I'm swimming for the High River Otters so I'm probably ten or eleven. For Achievement Days we went swimming at the Rec Plex and our leader, Sister Spackman, took a picture of us all posing by the diving board.

The next time we met she passed out the developed photos so we could put them in our scrap books and I was like, "I completely understand why they were poking my bones. Their bones don't show."

Let's just zoom in on those lovely legs, shall we? 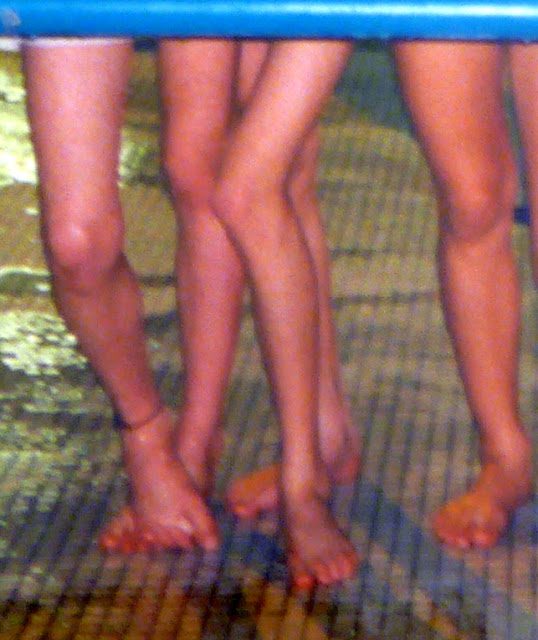 I had honestly never realized exactly how thin I was, but this picture was undeniable proof and it was staring me right in the face.

But what can one do besides learn to love the skin they're in?

I still don't think I'm entirely comfortable with my body but as I've grown up my peers, fortunately, have grown up, too. They're not so quick to make rude comments about my body (or anyone else's). Probably because we're all suffering from the same insecurities we picked up throughout our growing up years (and maybe some new ones we discovered in adulthood) and have learned to finally take Thumper's sage advice to heart—to say nuthin' at all if it can't be something nice.
Posted by Nancy at 1:00 AM