After reading bits of the talk, we wrote down some of the things we were thankful for on paper leaves. I hadn't yet put up the Thankful Tree (we were busy at the beach) but the kids were excited about the prospect of it.

We'd considered making a full Thanksgiving dinner on the drive home from the beach but decided against it in favour of pancakes...an idea that then devolved into cheese and crackers. It was just that kind of a day. So we didn't have our big feast until Thursday (Andrew joked that we were Americanizing the holiday by holding it that day of the week).

On Tuesday I got the Thankful Tree put up (Rachel said it's the best one I've ever made) and the kids put the leaves on for me. That evening we had soccer so we had Tuesday's traditional macaroni and cheese. 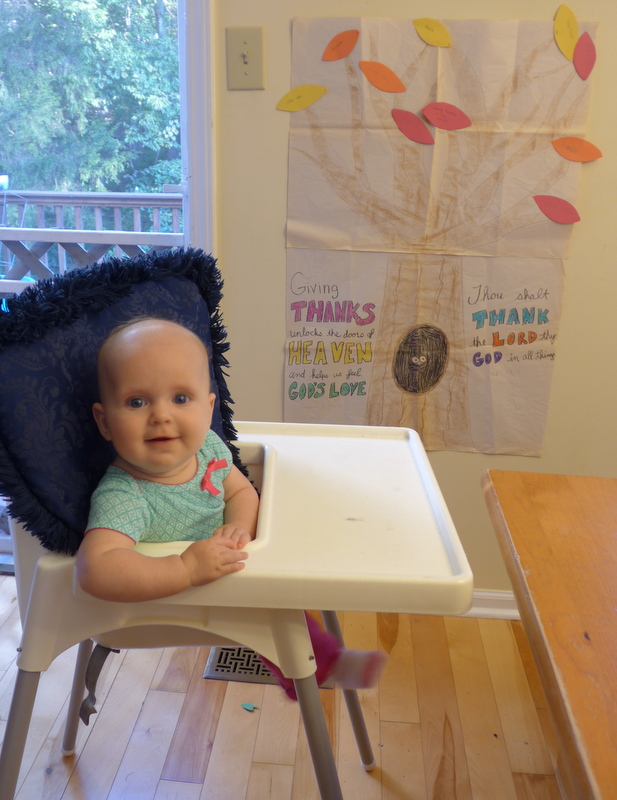 On Wednesday I went with Rachel to her special dinner at Activity Days. The girls had prepared a sauce at an activity a few weeks ago, which was then put in the freezer and heated up for dinner this week. The girls had also learned about etiquette and serving and so forth. It was fun to get a night out alone with Rachel...and Zoë.

Finally Thursday rolled around and Andrew and I managed to pull off a rather complete Thanksgiving meal. We've never actually attempted a "feast" on our own before, but we did a pretty good job, which gives me confidence that we can do it again in the future. Maybe.

I made the (rhodes) rolls and the green bean casserole. Andrew made the mashed potatoes and cranberry sauce from scratch. The stuffing was from a box and the turkey was some pre-marinated turkey breast he found on sale (we won't ever be the kind of folks to cook an entire turkey). He cooked both of those, too. And he made the punch. And the gravy. And...

There is only so much I can do one-handed, okay? This baby can be incredibly fussy (thus the reason I'm writing this at 2:00 in the morning)! 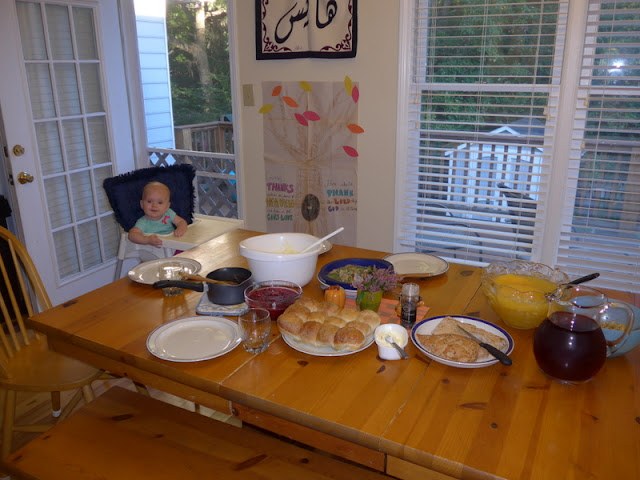 The centrepiece was provided by Rachel. She wove the mat out of construction paper and picked the bouquet that afternoon: 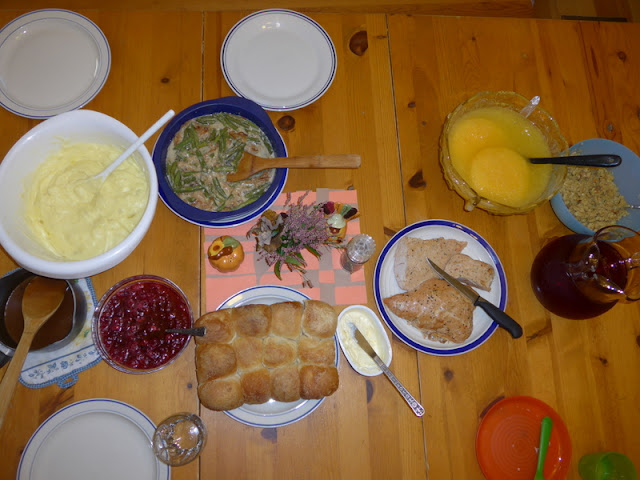 Here's a happy Zoë in her high chair: 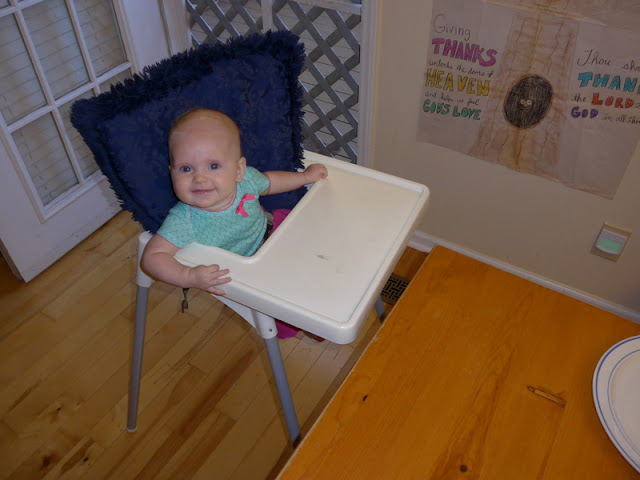 We've never actually owned a high chair before. This is our very first one (got it from a friend when they moved). We've alway just put our kids straight into booster seats, which works well enough, but the high chair is kind of nice. We tried one at the condo we stayed at when we went to Florida with Andrew's parents and decided that for the next baby we'd get a high chair. It's been worth it so far; Zoë enjoys being up where the action is (even if she's not eating yet...or sitting up on her own (the pillow behind her is propping her up).

For dessert we had pie and whipped cream. I made the pumpkin pie on Wednesday evening and the kids helped me with the apple pie on Thursday morning: 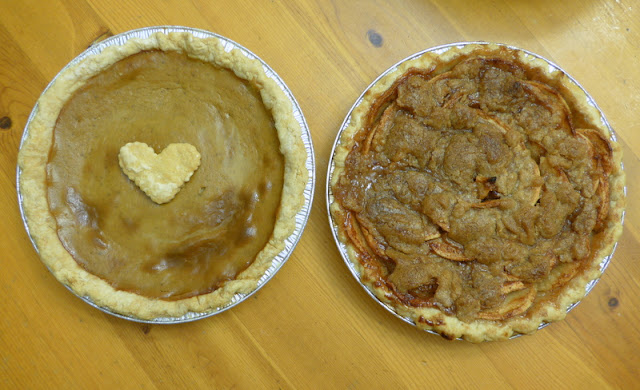 They were both very yummy.

Now we'll just keep filling up the Thankful Tree until we reach American Thanksgiving and break out the Christmas stuff—that's when Andrew gets really excited about the holidays. You've heard the phrase, "Like a kid on Christmas morning," right? With Andrew it goes, "Like a kid on Thanksgiving (the 2nd) right after pie, when you can turn on the Christmas carols and pull out all the decorations."
Posted by Nancy at 1:40 AM