This morning the girls and I tried out for the stake musical—Chitty Chitty Bang Bang. We had to sing and dance and read scripts. It was quite thorough. I'm sure we're destined for starring roles, like Villager #3 or something like that.

We went straight from auditions to Rachel's soccer game, where her team lost 1 to 6. They were actually quite excited about this because there are only two all-girl teams in the league and so they play them every weekend. The first game they lost 1 to 11, the second game they lost 1 to 10, so losing 1 to 6 felt pretty good.

Rachel was goalie for the first half of the game and only let in three goals. She kept out many, many other shots. 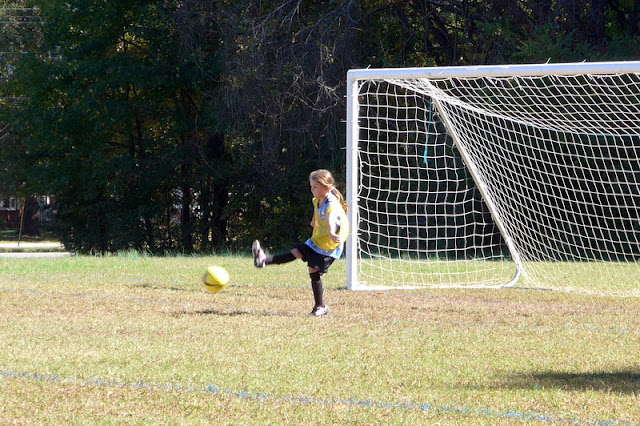 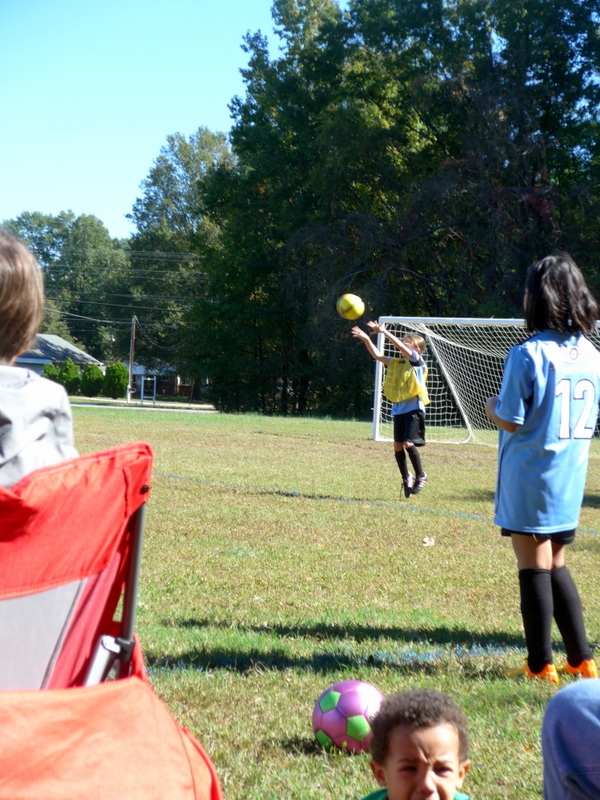 Here she is with Coach Andrew's back: 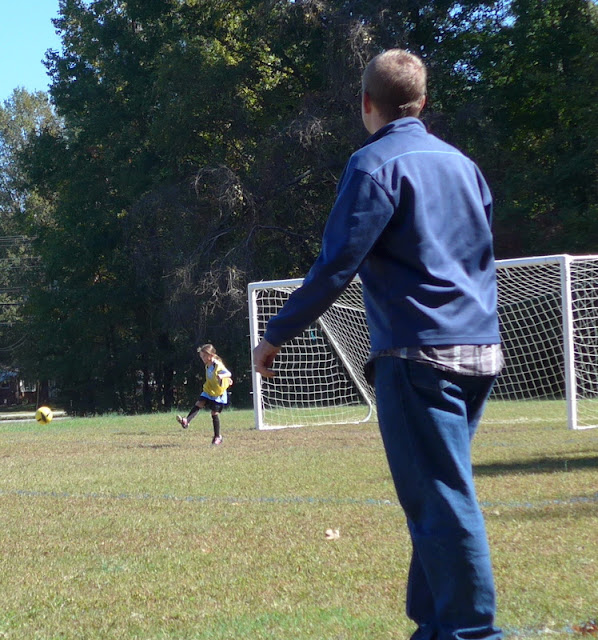 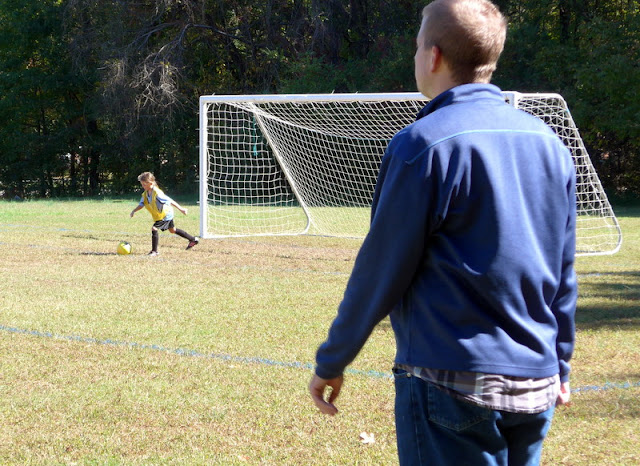 Here she is out on the field the second half of the game: 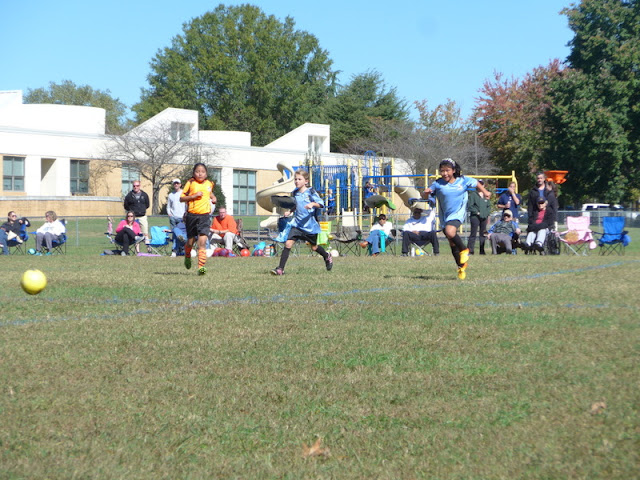 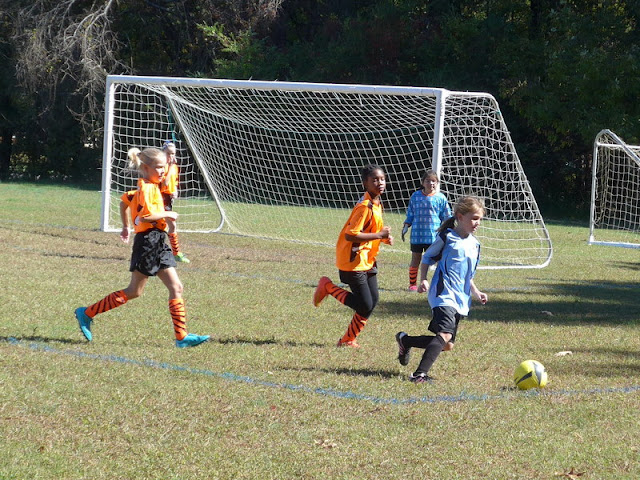 The girls and I spent the afternoon cleaning the house while the boys went grocery shopping and then while Andrew went to get new tires (one of our tires sprung a leak and they were all a little past their prime, not to mention all of our hub centric rings were either broken or missing—we didn't even know hub centric rings were a thing until today, but hopefully we'll be in for a smoother ride because of them) Zoë and I took a nice nap together—we were tired from staying up half the night—while the kids watched Dragon Tales.

There was also some bike riding and chalk house creating and other such playing-outside games.

All around a good Saturday.
Posted by Nancy at 10:08 PM