Miriam got a new-to-her pair of boots from a friend. They're pink, so she loves them and wants to wear them all the time, including to school. I told her I was totally down with that...if she'd learn how to tie them herself.

"You have two weeks until school starts up again," I said. "That gives you plenty of time to learn how to tie."

I figured she'd ask for some help or something, but no. A few hours later she comes up to me and announced, "Well, I can wear my boots to school now!"

"You tied them by yourself?" I asked. 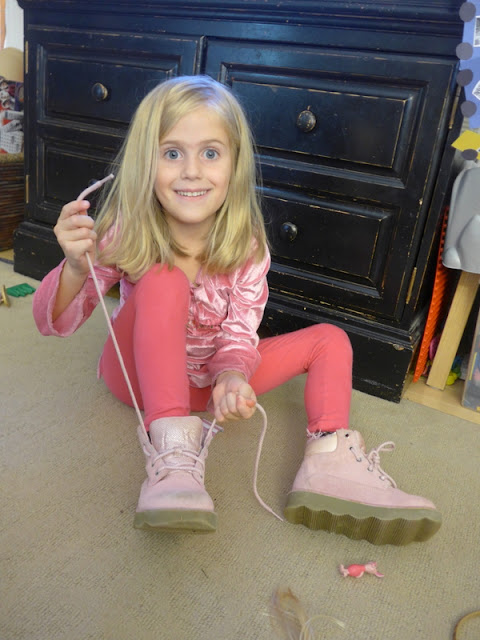 First, she ties her laces in a double knot. Then she pushes the ends back through the knot to create loops. Then she ties the loops in a knot to keep them all tightly together. And it looks legit—it looks like she tied her shoes "properly" and they come untied just fine.

It's hilarious, though, that this is what she came up with because Rachel can tie her shoes, too, but neither Andrew or I taught her how to do it and when we watch her tie her shoes we can't figure out what she's doing...but her shoes end up tied, so who cares? We will simply never understand how our kids tie their shoes, that's all.

Convention is for the birds. 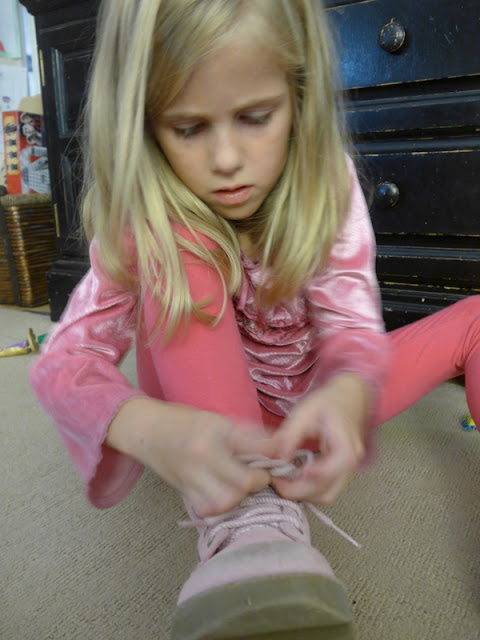 We went for a walk between sessions on Sunday (because sitting for nine hours of church in one weekend is a whole lot of sitting) to let the kids get their wiggles out. Andrew suggested letting Zoë ride in the stroller for the very first time in her life.

I said no because she's my baby and I'll gladly carry her.

Benjamin said no because it's his stroller and she can't ride in it.

But ride in it she did, and she seemed to enjoy it. 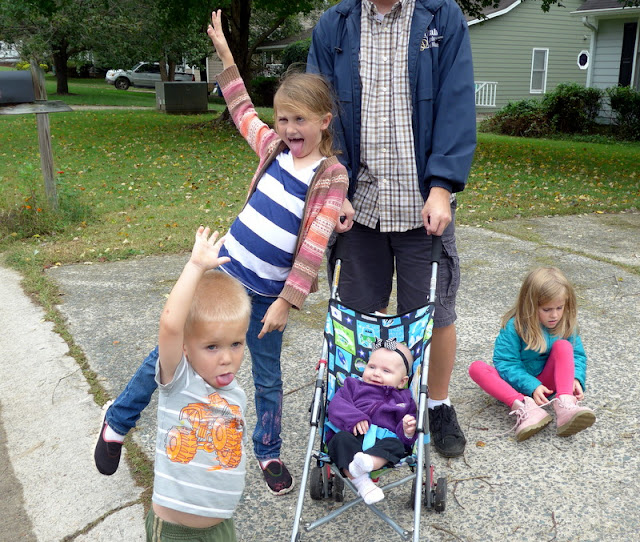 I married into a family of goofballs and then, despite my best efforts, I ended up breeding a pack of goofballs, myself. Oops. 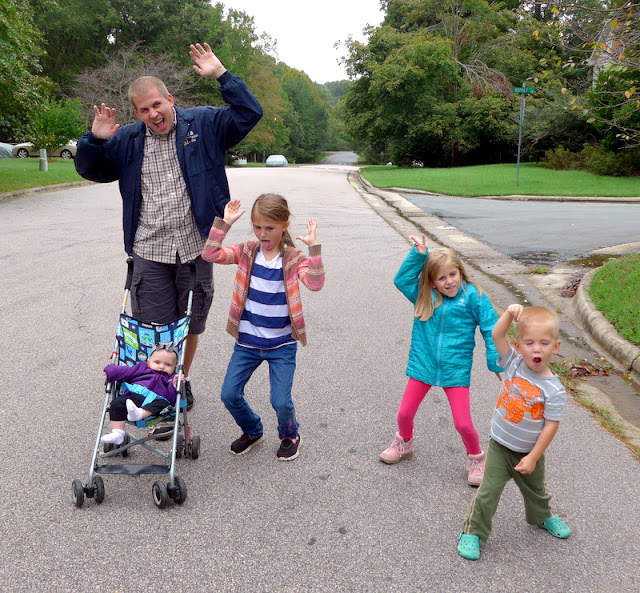 And here's Zoë in all her strolling glory: 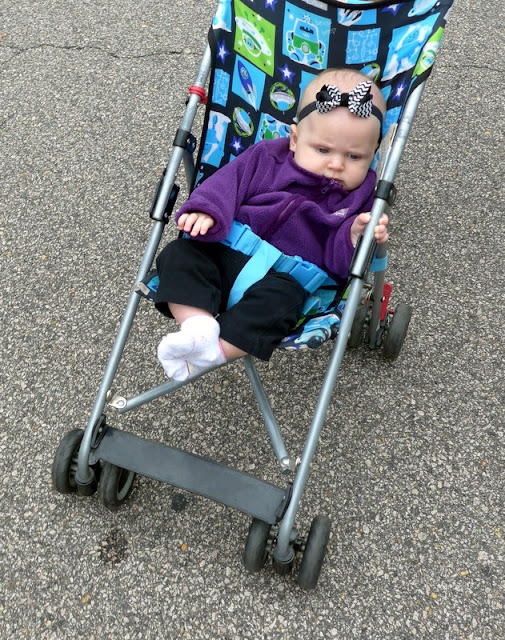 We actually do have a stroller just for her. A friend of mine was getting rid of a Maclaren stroller—it's girly enough that Benjamin won't think it's his and it has tall handles so you don't have to hunch over when you push it, but it's kind of missing the seat belt so I have to order a new one. Once I do that she'll be sitting pretty.

Not that there's anything wrong with a girl riding in a robot/spaceship stroller (because look how good Zoë looks in there).

I'm mostly excited about the taller handles.
Posted by Nancy at 9:50 PM