If there's one thing Zoë looks forward to every Sunday (besides getting snacks in nursery), it's singing in church. She loves singing along with the congregation and flapping her arm along with the chorister. She usually loves leafing through the hymnbook but has had a few bad experiences recently.

A couple of weeks ago, Andrew helped her turn to the right hymn and she found, much to her dismay, that someone had scribbled all over the page. This was terribly upsetting for her. She kept angrily whimpering things like, "Draw. My gook! Draw," and shaking her head. Being angry about the hymnbook kept her quietly occupied the entire meeting! 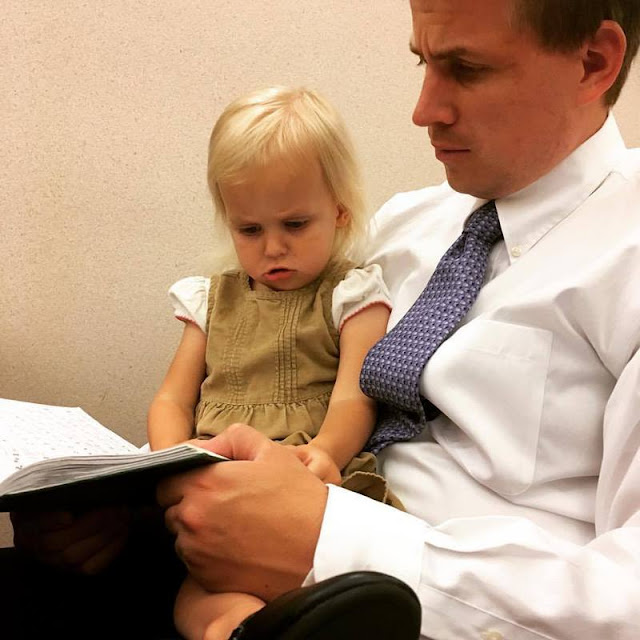 This week she sat down on the pew, reached for the hymnal, opened it up and found that the entire title page had been ripped out. "Ipped!" she grumbled, heaving a heavy sigh and rolling her eyes mightily. "Ipped my gook!" She remained upset about the book for the duration of the meeting (this time she ended up being carried out of the meeting kicking and screaming, however). 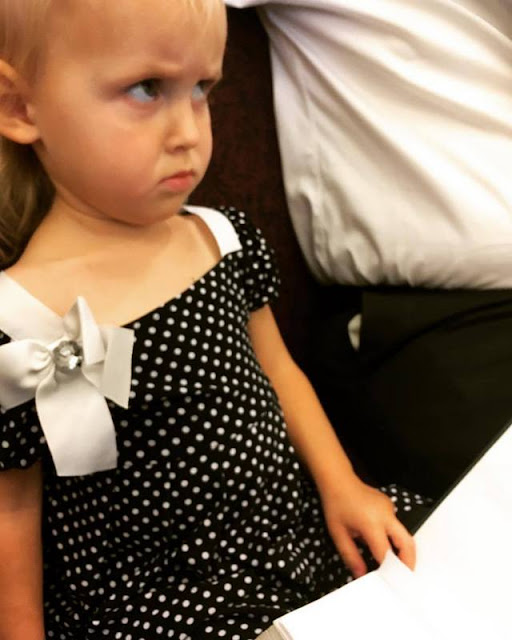 To contrast, here she is with her pretend hymnbook at home: 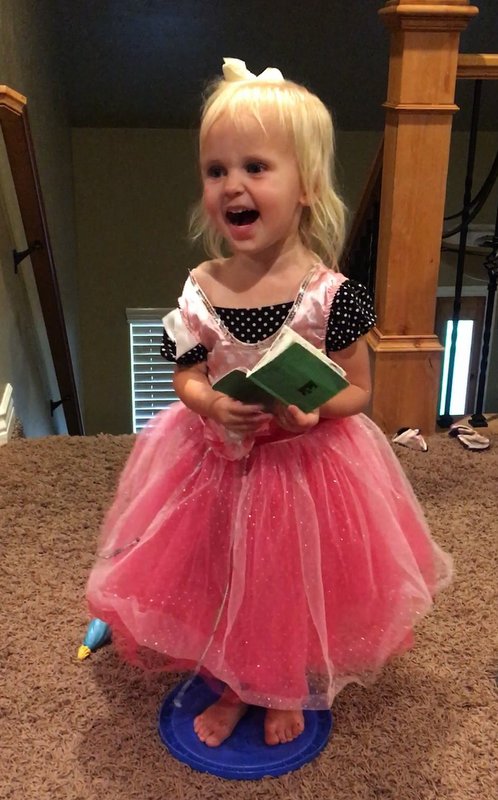 See how happy a pristine hymnbook can make her?

I joked that she was going to be like Hermione Granger, only instead of starting S.P.E.W. (the Society for the Promotion of Elfish Welfare), Zoë would begin a "Babies for the Appropriate Treatment of Hymnals" club, or B.A.T.H.

Soon she'll have all her little nursery pals enforcing the proper care and treatment of hymnbooks during sacrament meeting, snatching wonton crayons, slapping away grubby fingers, carefully arranging them into their pew racks, two by two, at the end of the meeting.

She's going to do great things, this girl.
Posted by Nancy at 2:46 AM